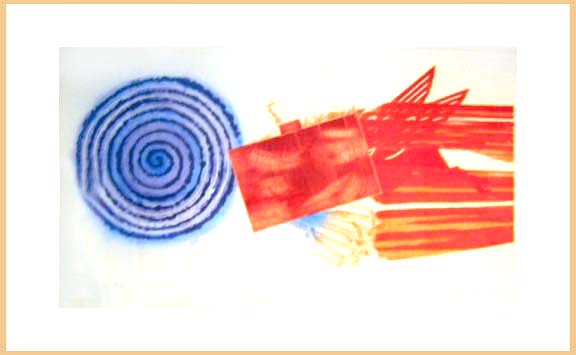 James Rosenquist
Prints
Aquatint
71 x 101 cm
78
Unavailable For Sale
Edition of 78 James Rosenquist (born 1933) along with andy Warhol and Roy Lichtenstein is a first generation member of the pop art movement in America. He began his career as a billboard painter and then used that experience to create massive paintings that seem to take in all of American popular culture: cars, missiles, consumer items, sex, movies etc…. He has had retrospectives at the Whitney Museum and the Guggenheim. James Rosenquist was born in Grand Forks, North Dakota. When he was a high school student he won a scholarship to study at the Minneapolis School of Art. He was further educated at the University of Minnesota and the Art Students League in New York. He also attended drawing classes organized by Jack Youngerman and Robert Indiana; at the same time, he was designing store windows and painting billboards to earn a living. This commercial experience led decisively to his particular pop style. His most famous painting, F-Ill, is eighty-six feet long and shares many of the characteristics of a billboard. The preference for anonymity in his subjects carried through to the print media. Rosenquist has made a number of screen prints and etchings, but most of his graphics are lithographs. His prints have frequently been exhibited in galleries and museums and at biennials internationally. They can be found in many permanent collections including those of the Museum of Modern Art, New York, the Musee d'Art Moderne, Paris, and the Art Gallery of Ontario, Toronto 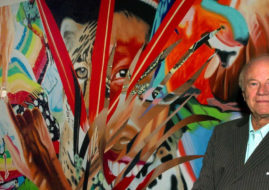 James Rosenquist is an American painter, print-maker and sculptor. He references to mass-production and mass media, together with ....Read More

This artwork is not currently offered by any art dealer on Widewalls
Please wait we are preparing PDF file...
There was a problem generating pdf, please try again later.
More artworks by James Rosenquist Show all artworks 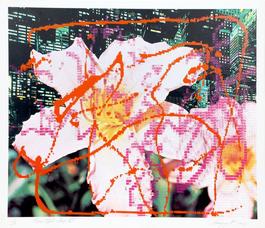 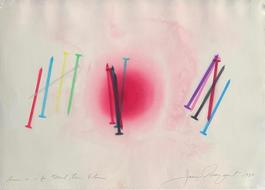 Drawing #14 For He... James RosenquistPrice on request 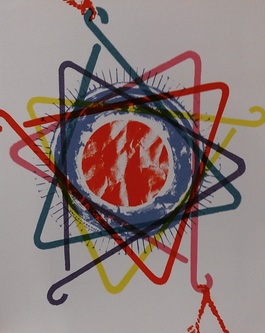