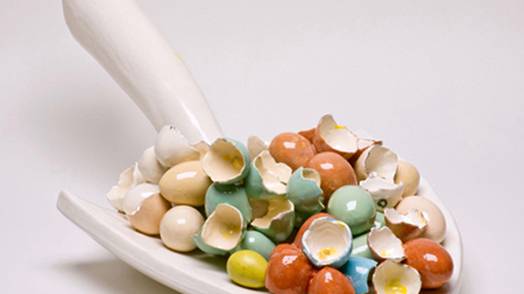 VICTOR CICANSKY: The Garden of Art is a Never-Ending Story

"My work is deeply rooted in the Garden. Walking up and down the garden paths, surrounded by apple trees, Saskatoon bushes, raspberry canes, sunflowers and perennial flower power, in the ever-changing creative vitality of my backyard garden, I’m never at a loss of ideas and inspiration"

On Saturday, October 19th, Mira Godard Gallery is pleased to open an exhibition of new bronze and ceramic sculptures by VICTOR CICANSKY. The artist will be in attendance.

VICTOR CICANSKY was born in Regina in 1935.
He is a graduate of the University of Saskatchewan (B.Ed. 1964), the University of California at Davis (M.F.A. 1970). He also studied at Haystack Mountain School of Art at Deer Isle, Maine. In 2007, Cicansky received an Honorary Doctorate of Fine Arts from the University of Regina. He is the recipient of many Canada Council grants and awards including the Victoria and Albert Award for Sculpture and the Saskatchewan Order of Merit. In July 2009, Cicansky was named a member of the Order of Canada for his contribution to the arts as a mentor, educator and sculptor.

The retrospective; Victor Cicansky: The Gardener’s Universe, was exhibited at the MacKenzie Art Gallery in Regina, Saskawatchen in 2019.

The book From Garlic Flats - Vic Cicansky was released in 2019. The book is available for purchase at Mira Godard Gallery.

To arrange an interview with the artist, or for more information, please contact the gallery at (416)-964-8197, via email godard@godardgallery.com, or visit: www.godardgallery.com.