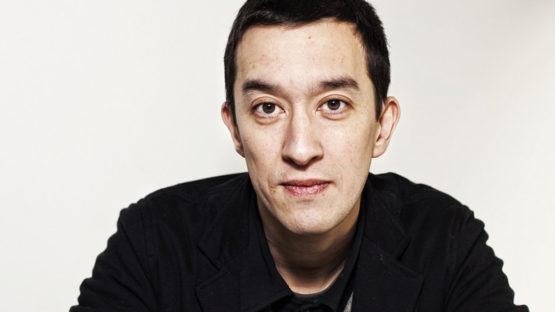 Colin Chinnery is a multimedia artist who makes conceptual works, characterized by their wry humor, linguistic references, and wordplay.

Chinnery was born in 1971 in Edinburgh, Scotland. From 1992 to 1995 he was part of the experimental rock band ‘Xue Wei’. From 1998 to 2002 he contributed to the International Dunhuang Project at the British Library, and then he continued to be the Arts Manager of the British Council in Beijing until 2006.

He initiated large projects in sound art, theatre, and live art, bringing a wider audience into contact with experimental practices. Following that, he was the Chief Curator and Deputy Director of Beijing’s Ullens Center for the Arts until 2008. While in this position, he was instrumental in organising China’s first major contemporary art institution. In 2009 he was the Director of the ShContemporary Art Fair in Shanghai.

Chinnery, who is also an active curator and critic, is interested in the exhibition as a medium for conveying meaning: his solo exhibitions are frequently comprised of individual works that employ repetition, ambiguity, and contradictory elements, installed in such a way as to suggest patterns or visual relationships. Chinnery also uses his practice to look critically at individual and group identity, social habits and conventions.

He currently is the Artistic Director of the Wuhan Art Terminus (W.H.A.T), a contemporary art institution under development in Wuhan, China, and is the Director of the Multitude Art Prize, a pan-Asian art award and international conference.