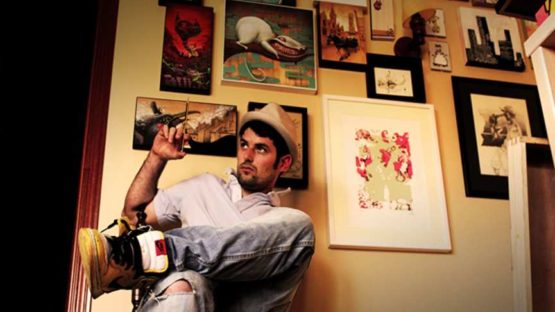 Antonio Segura Donat is a Spanish artist better known as Dulk who enjoys creating characters and stories based on his own dreams and everyday events, mixing fact and fiction, with a touch of pop surrealism. Dulk is one of the leading figures of the Spanish illustration scene.

His style is an explosive combination of influences like Caravaggio’s tenebrism or the obsessive detail brushwork of Flemish painting, all mixed with a bizarre, burlesque and affectionate touch that makes it compact, direct and very honest.

Dulk is a hungry and insatiable all terrain illustrator. Urban art, illustration and graphic design are his fields, his twisted imagination does the rest. He has shown his work in England, Germany, Holland, France, Italy and Belgium, where he has recently won a major international award.