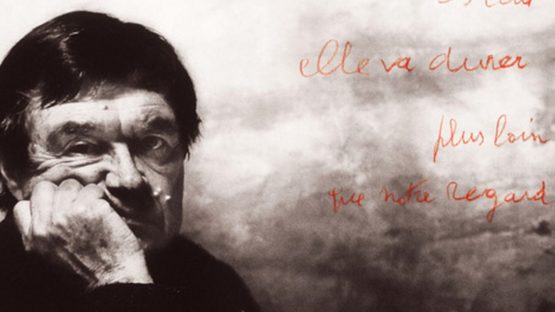 Joseph Noiret was a Belgian artist, painter, and poet, one of the six founders of the Cobra movement. He was a prominent figure in Belgium art circles and worked very hard to expand his influence, mainly through writing. The magazine he founded, Phantomas, in 1953 reached a cult status. His main engagement was in the Cobra movement, as he passionately participated in their events, wrote articles for exhibitions and issued many reviews. He liked to illustrate his own poems, and after the Cobra movement came to an end, he dedicated most of his time to painting.

Noiret illustrated his poems in collaboration with friends

Noiret was born in 1927 in Belgium. When he was a young student he came close to communism and its principles but felt he was much closer to artistic engagement rather than political one. At the age 20, he joined the Surrealism revolutionary, a society formed after the famous magazine. Their vision was to expand the limits of culture and arts, and they didn’t hesitate to provoke with their writings, poems, various features of culture and art, and to publish many reproductions of surrealist artworks. Noiret befriended Christian Dotremont, a founding member of the Revolutionary Surrealist Group, with whom he went on many adventures in Paris, and all over Europe. He studied philosophy and literature in Brussels, which led him to write poetry. His first poems were written for the Cobra magazine. After the Cobra movement came to an end, he founded his own magazine, Phantomas, with Theodore Koenig and Marcel Havrenne. The magazine was a work of art itself, funny, witty and intriguing, featuring poems, illustration, and supporting the absolute freedom of speech.

Noiret liked to experiment with color and form

Founding of the Phantomas Magazine

Phantomas was partly a surrealist magazine, and had a very diverse content, because of its open policy that anyone willing to write could be part of the editorial staff. Their mission was to create a poetic revolution and to unite old and new generations under that theme. In the 80’s he founded a new magazine, The Tavern, where he wrote about Cobra with other artists who participated in that movement. Noiret became the director of the National School of Visual Arts of La Cambre in Brussels in 1980 and remained the head of that department until 1992. He was known to be very strict and rigorous at his job, but what motivated him to express that sort of discipline was his desire to help a young artist to reach success, but stay humble and willing to learn and reevaluate the existing beliefs. In 2004 he published a book called Cobra: Cobra Chrono, in which he shared his memories of the legendary movement.

Featured image: Joseph Noiret – Portrait of the artist (Detail)
All images via Blouinartinfo.com