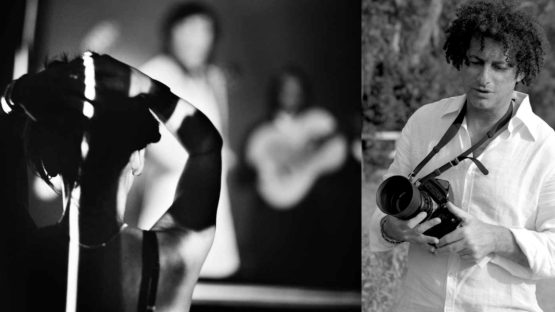 Michael Dweck is an American artist born on September 26, 1957 in Brooklyn, New York to David and Sydelle Dweck. He is known for his seductive photographic style and pursuit of alluring subject matter, principally the female form and locales that offer their own particular enchantments. His developing narrative of a somewhat upended version of the theme Paradise Lost and Regained would favor privilege, youth, beauty, and the temptations of the flesh, although the photographic project at once records and fictionalizes what is inevitably receding and thus ever elusive.

Dweck studied Fine Arts at the Pratt Institute in Brooklyn, New York, and began his career in advertising where he went on to become a highly regarded Creative Director receiving over 40 international awards, including the coveted Gold Lion at the Cannes International Festival in France. Having taken up photography at an early age and used it throughout his career, he left advertising to focus on photography full time in early 2001. Dweck happens to be something of an islander in spirit, raised as he was on Long Island, New York. He has a profound sense of place and community, and his work is thus usually situated in a vivid geographic and social context. His first major photographic work was published in 2004 in volume form as The End: Montauk, N.Y. and portrays the old fishing community of Montauk and its surfing subculture, at the very end of Long Island, as far away from New York City as is geographically possible. It is an evocation of a real-world paradise lost: of summer, youth, and erotic possibility, of community and camaraderie in a special place apart, an American version of the Arcadian vision. Blending nostalgia, fantasy, and documentation the photographs present a compelling portrait of a place in time and a way of life at once fading and being reinvented with each new season. These photographs were featured in several exhibitions and art fairs over the next couple of years. In 2008, he returned with Mermaids, an international exhibition with accompanying volume photographed in Montauk, Amagansett and the vicinity of the Weeki Wachee River in Florida. Its origins traced back to moonlit fishing expeditions on Long Island where, seduced by the ancient allure of the mermaid, he imagined the shadowy shapes of fish passing swiftly by just under the surface to be the fleeting forms of beautiful women. Dweck’s images, while often abstracting the female body in a painterly swirl of watery refractions, celebrate the physical charm of the feminine form and the meditative isolation of the underwater world. His third published work, Michael Dweck: Habana Libre is a contemporary, personal exploration of a secretive social order within Cuba. The privileged creative class in a classless society. This visual narrative is a story suggested, never told, its subtext is an allegory of seduction, a forbidden island that embodies a provocative mix of danger, tension, authority and mystery, teeming with an intoxicating air of sensuality and a rhythmic, almost hypnotic undercurrent.

His photographs were first showcased at Sotheby’s, New York, in 2003, in their first solo exhibition for a living photographer. Dweck’s work has become part of important international art collections and has been exhibited extensively throughout the world, with solo exhibitions at the Staley-Wise Gallery, New York, Modernism, San Francisco, Acte2, Paris, Maruani & Noirhomme, Belgium, Robert Morat Galerie, Hamburg, and the Blitz Gallery, Tokyo. His work has also been shown at the Fahey/Klein Gallery, Los Angeles, and the Eric Franck Fine Art, London.