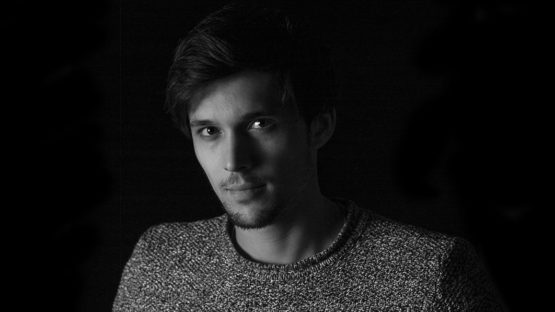 Young French photographer Roman Koenig creates dazzling pieces which are challenging to categorize. The complicated geometric and arabesque-like forms resemble architectural details while expressive saturated or neon colors seem as if they belong to paintings or psychedelic art typical for psy/trance music festivals. Koenig’s splendid photography has so many diverse elements in it that it appears truly hypnotizing. Through his exceptionally creative usage of symbols and complex decorative patterns, Roman is creating an entirely new, experimental approach to photography, inspired by the abstract painting masters such as Kandinsky or Munch.

Between France and Thailand

Roman’s childhood was very dynamic and adventurous. He was born in 1992 in Phuket, Thailand and he experienced, quite early, very strong influence of both Asian and Western culture and lifestyle. The slight disorientation of his early days spent in between France and Thailand brought a certain chaotic feel into Roman’s life, which is noticeable in his artworks. The artist’s passion for travel and photography persisted throughout his childhood and he obtained  a formal education in photography at CE3P school, where he studied for four years and at the same time worked as an assistant photographer. The core concept of Roman’s photography is inspired by European cities and their urban and street art. All the photographs that are digitally manipulated in Roman’s art were initially taken on the streets of various cities during his travels across Europe.

The core concept of Roman’s photography is inspired by his frequent travels, European cities and their street and urban art

Roman’s unusual abstract forms and obscure symbolism are inspired by the most eminent abstract painters, but at the same time, his work is highly original, since he incorporates into the medium of photography the concepts traditionally belonging to painting. The most enticing aspect of Roman’s art is the combination of urban symbols and complex patterns with the modern appearance such as the neon colors used mainly in graffiti or murals. This perplexing, tortured transformation of the elements in Roman’s art leaves the impression of surreal and psychedelic, but not in the retro sense. Unlike the psychedelic art of the 70s, his work is much more precise, controlled and seemingly chaotic structures are in fact carefully organized. Roman’s work is currently going through a slight transformation and his pieces from 2016 have a different atmosphere compared with his early work. In his newer pieces, the artist is using simpler forms and textures and he isn’t focusing that much on elaborate patterns or urban symbols anymore. Also, in his latest pieces Roman is exploring an exciting new printing process, called UV Ink Print, which is typical for its three-dimensional, texturizing effects.

In his latest pieces Roman is exploring an exciting new printing process, called UV Ink Print, which is typical for its three-dimensional, texturizing effects

Roman’s versatile and contemporary photographic work goes beyond the limits of street art, but at the same time, the artist perceives the personification of the symbols in his pieces as somewhat close to the style used in street art and murals. Through his unusually complex and symbolic photography, Roman wants to change and challenge the perception of his audience. He is also one of the three founding members of the association Light Gate Art, which goal is to unite the artists wishing to participate in the social effort of reflection on art, society, and human values.

The artist is represented by NDF Gallery.