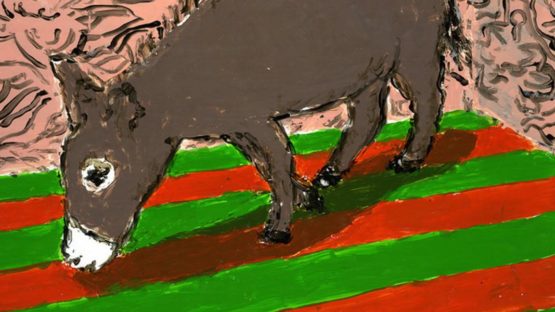 Sarah Hauser is an American artist, known for her works in printmaking, sculpture, drawing and ink wash painting (also known as sumi-e painting). She also works in a variety of media, such as pencil, ink, charcoal and sumi-e-ink.

Sarah was born in San Francisco in 1956. She studied arts at the University of California at Santa Cruz, which she graduated from in 1978. The following year she moved to New York, where she continued to pursue her artistic training and development at New York University. She received her Bachelor of Fine Arts degree in 1983. However, her education didn’t end there, and is still ongoing. From 1990 to 1998, Sarah attended drawing classes at the Art Students League and the Spring Studio.

Since 2000, Hauser has been studying Japanese sumi-e painting with Koho Yamamoto at Koho School of Sumi-E. Sumi-e painting, which is also known as Ink wash painting, or literati painting is a type of brush painting which uses black ink, particularly popular in eastern Asia. Hauser’s subjects vary from animals and still life, to outer space and even feminism and the equality of women. Her paintings are thus created in Realism, and even Naturalism.

Hauser is represented by Woodward Gallery in New York.

Since 1979, Sara Houser has been living and working in New York City.