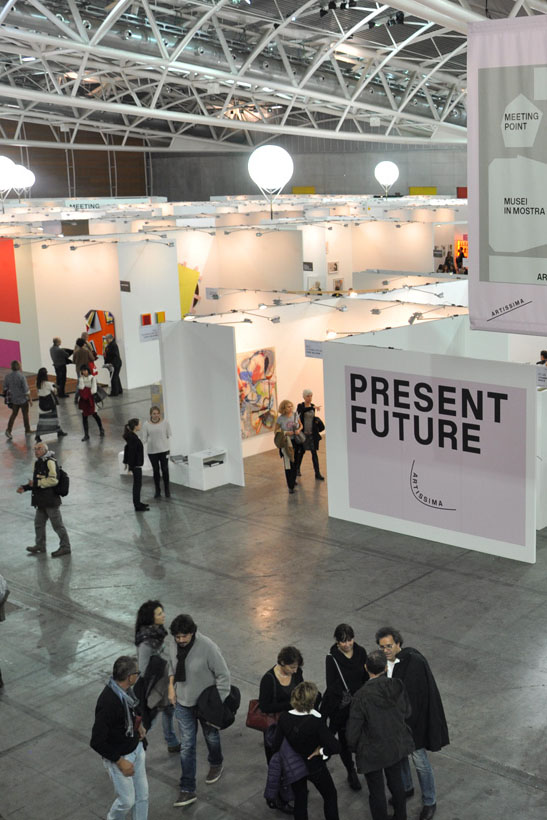 Participating at this year’s Artissima, Widewalls was part of #ArtissimaLive, a new media platform at the fair dedicated exclusively to online magazines, bloggers and websites involved in contemporary art. In what became a true editing room on the spot, #ArtissimaLive gave us an opportunity to create content from our readers as it happens, during all three days of the fair at the Oval. Widewalls was joined by five other online publications: ATPDiary, Art and Signature, Artdependence Magazine, Fruit of the Forest and Terremoto Magazine. Through this page, we provided our readers with daily – and hourly – live coverage of Artissima 2015, with fresh articles and exclusive interviews from as many as sixteen galleries and their international artists, gallerists, curators and art professionals!

Artissima Turin – The 22nd Edition of the Fiera d’Arte Internazionale

Italy’s most important contemporary art fair had yet another appointment at the Oval, a stunning glass pavilion built for the 2006 Winter Olympic Games in Turin. Established in 1994, Artissima has helped the development of the Italian market and has contributed to the global one as well, offering an extensive platform for research and experimentation. With 20,000 square-meter exhibition space and more than 52,000 visitors this year, it brought than 200 international galleries from 31 countries, and put over 2,000 works on display. For the fourth time, the fair was curated by Sarah Cosulich Canarutto, an experienced curator known for her innovations and creativity. A total of six prizes were awarded to artists and booths, and the most prestigious one – the illy Present Future Prize – was given to Russian artist Alina Chaiderov, represented by Antoine Levy Gallery from Paris, who will have a solo exhibition at Turin’s famous Castello di Rivoli Museo d’Arte Contemporanea. Last year’s winner, Rachel Rose, presented her show this year, prior to the opening of the fair. 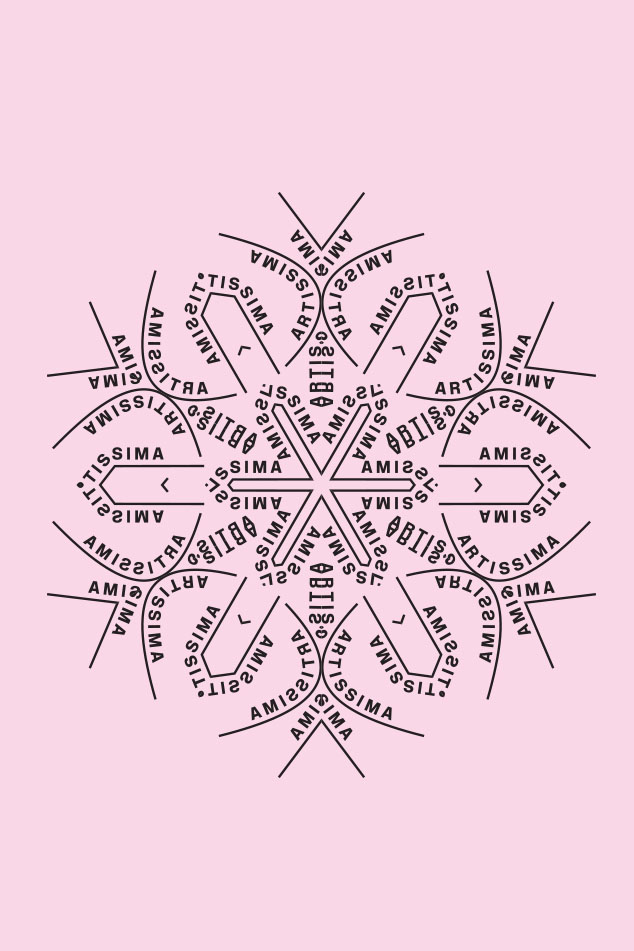 With more than 50 curators and museum directors on its jury, 20 art institutions involved, as well as 50,000€ in prizes for artists and galleries, Artissima ensures its place within the global contemporary art scene. This year, it introduced four brand new projects regarding curating, themed visits of the fair, a free art advisory service for new Italian collectors organized by UniCredit Bank, a reading pavilion featuring unusual art magazines and books, workshops, laboratories, meetings and discussions, a special section dedicated to performance art, first of its kind ever to take place at an art fair… Also in the program – In Mostra, a special exhibition project showcasing contemporary art collections coming from institutions of the Piedmont region and including famous artists such as Ed Ruscha, Michelangelo Pistoletto, David Hammons, Carol Rama and many more. Curated by Stefano Collicelli Cagol, it attracted a lot of attention. Make sure you check out the images we took of In Mostra, and we also invite you to read all about Artissima’s innovative sections!Artissima divided its exhibitors into three sections, selected by a committee. The Main section featured 133 of the most established galleries, most of which international. The New Entries section was dedicated to 24 young, emerging spaces, active for less than five years and attending Artissima for the first time. Art Editions, a section inaugurated in 2012, exhibited publications, prints and multiples by contemporary artists from seven galleries, six of which are from Italy. Among the most interesting exhibitors in 2015, there were Eva Meyer Paris, Raffaella Cortese Milan, Antoine Levy Paris, Central Sao Paulo, Operativa Rome, Rotwand Zurich, Guidi & Schoen Genoa, Cinnamon Rotterdam and many more, coming from cities like New York, Barcelona, Mexico, Tel Aviv, Tokyo, Shanghai. Here, you can see our selection of 10 Artissima Booths for the 2015 edition!

The 2016 Edition of Artissima takes place from November 4th through 6th in Turin. 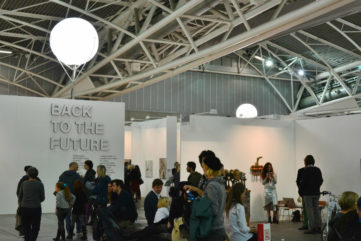 Neon, Textile and Minimalism - What We Saw at Artissima 2016 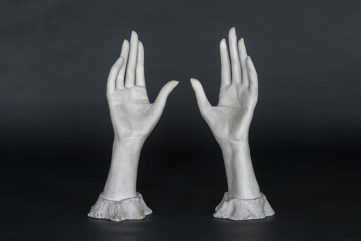 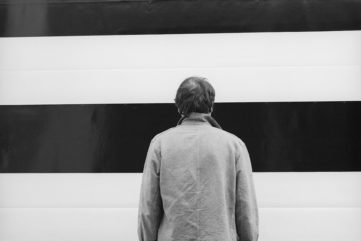 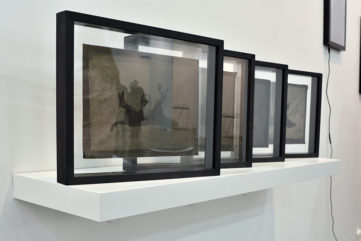 Booths to See Among New Entries at Artissima 2016 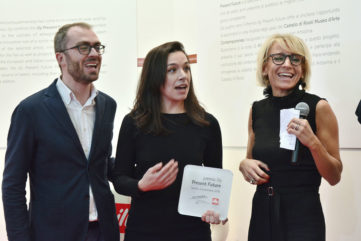 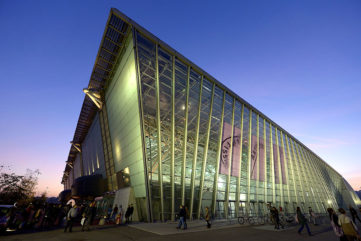 Artissima 2016 is Full of Prizes for Artists! 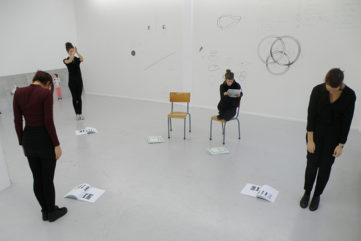 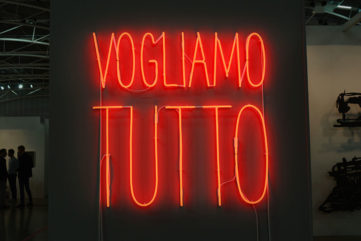 Neon Art to Collect at Artissima 2016 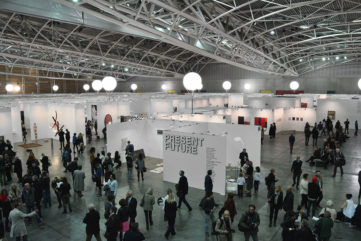 Five Favorites of the Present Future Section at Artissima 2016 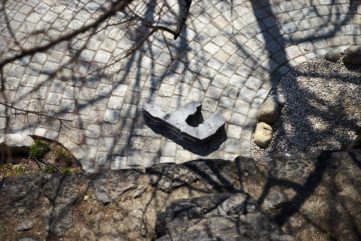 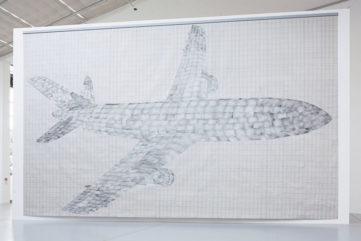 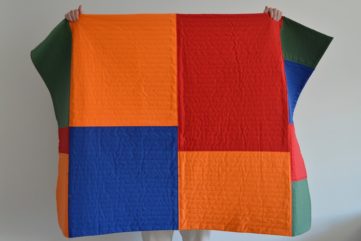 Getting Ready for Artissima - A Talk with Luigi Fassi, Present Future Coordinator and Curator 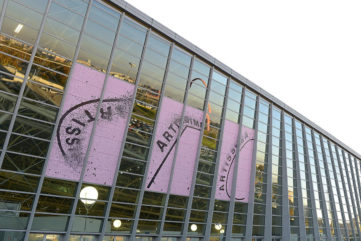 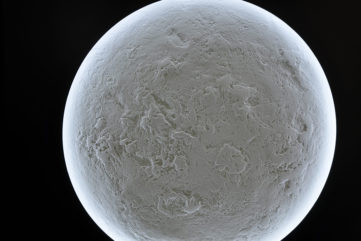 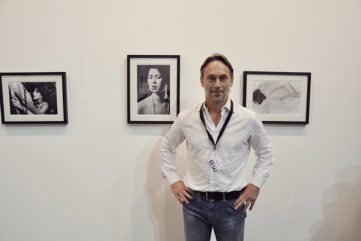 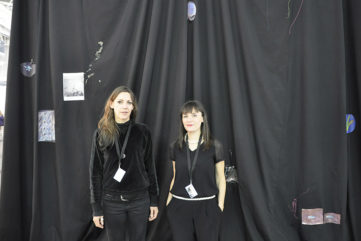 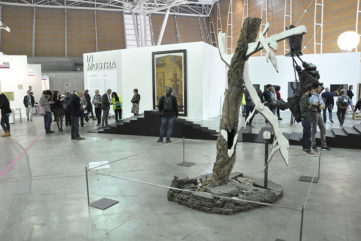 Artissima 2015: The Inclinations of the In Mostra Project Show the Best of Piedmont Art Institutions 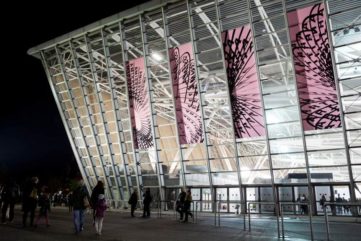 An Artissima Newbie - An Interview with Alex Ross of Hester Gallery