Galleries in Rome You Should Visit

Rome - the eternal city - considered by many as of one of the most beautiful cities in the world, is home to some of the most famous pieces in art history (and museums as well). Just to mention Sistine Chapel, for example, and Michelangelo’s masterpiece. There is no need to go back deeper in history, to Ancient Roman times and some beautiful artifacts that remain today in Rome and its museums as material witnesses of its rich Ancient history. On the other hand, Rome is also a global location, which means that its cultural scene follows the latest trends in culture, including those in contemporary art. While wandering the streets of Rome, you will certainly see some nice museums, Ancient Roman ruins, churches and fabulous spaces with Renaissance masterpieces. But don’t think Rome lacks contemporary artistic spaces or events. It's not only museums Rome is famous for. ROMART Art Fair 2015 begins in the mid of May, and there are plenty of galleries across the city, presenting some of the most renowned contemporary artists today.

Rome is home to a vivid art scene

Rome, as the capital of Italy, is also a center (together with Milan) of Italian contemporary art. Many famous contemporary artists are from Italy, just to mention Alberto Burri, Enrico Castellani or Nanda Vigo. We should also mention the vivid Italian street scene, with some amazing urban artists coming and working in Italy (check out our list of 10 Italian urban artists). Therefore, a big number of contemporary art spaces in Rome is not just a reflection of Rome’s status as a global city, but also reflects the vivid Italian modern scene. And having in mind that Rome is one of the most popular tourist destinations in the world, don’t be surprised when you see how many extraordinary art spaces there are in the eternal city (together with extraordinary museums all over). These spaces offer amazing exhibitions, and they are definitely spaces that should be visited.

What is Your Best Choice for an Art Gallery in Rome?

Gagosian Gallery was opened in 1979 in Los Angeles, by the king of contemporary art Larry Gagosian. Gagosian Gallery has dedicated itself to organizing important exhibitions of contemporary art, while presenting earlier works of art from the modern era. There are 14 Gagosian spaces worldwide—five in New York City, one in Beverly Hills, two in London and Paris, and one in Rome, Athens, Geneva, and Hong Kong. Since it opened in 2007, the Rome branch of Larry Gagosian’s contemporary art empire has hosted the big names of contemporary art, such as Cy Twombly, Damien Hirst and Lawrence Weiner, to name a few. The gallery space in Rome, Italy (one of the best in the city) is housed in a dramatic, airy 750 sq meters.

White Noise Gallery is one of the best and well-known contemporary art spaces in Rome. It was founded by Eleonora Aloise and Carlo Maria Lolli Ghetti and it is based in the historical roman neighborhood of San Lorenzo. The White Noise focuses on young and little known artists, who create their own works exclusively for the gallery’s space. The White Noise Gallery is characterized by unconventional approach to the art market. Aloise and Lolli Ghetti claim that they want to promote true and good contemporary art that is not driven just by art market. Recently, the gallery organized an exhibition of works by young and talented Spanish artist Mar Hernández.

Wunderkammern Gallery - Connecting the Conventional and the Unaccepted

Wunderkammern Gallery was founded in 1998 in Spello, Umbria by Franco Ottavianelli, Afra Zucchi and Giuseppe Ottavianelli, and it is one of the Roman best art spaces. It moved to a new venue in Rome on the tenth anniversary of its activities. Wunderkammern exhibits a genre of work with a strong influence to Relational Art and Public Art. The gallery and its represented artists explore themes related to the marvelous, the paradox, the connection between the inside and the outside, the conventional and the unaccepted, the personal and the collective space. It represents artists such as Faith47 and Mark Jenkins. Recently, the gallery organized an exhibition of works by Alexey Luka.

As we said, don't think there are only museums of Ancient history in Rome. There is some amazing museum on every corner. But, Rome is also a home for dozens of amazing contemporary art spaces. Galleria Marie-Laure Fleisch is one and it is located in the heart of Rome, realized with a specific and fascinating particularity: works on paper. An extraordinary material, antique and modern at the same time, paper is historically considered a privileged means of free expression by many contemporary artists. Marie-Laure Fleisch’s choice follows, therefore, a technique considered as the most spontaneous and intimate. It is with this in mind that the Galleria Marie-Laure Fleisch inserts itself within the rich cultural panorama of the eternal city. It represents artists such as Rebecca Horn, Alain Huck and Maya Zack.

As we mentioned, Roman scene is not characterized only by a huge number of museums. It is also a home of many great contemporary spaces. The Monitor gallery ’s main goal is to offer an experimental space for a new generation of artists. The space contains a calm interior, complementing the unique collection of video and contemporary art that the gallery specializes in. It showcases an impressive framework of well-known artists, including Antonio Rovaldi, Kostis Velonis, and Alexandre Singh. This respected Rome-based gallery has recently opened a new space in the popular Lower East Side gallery district in New York. The gallery’s director Paola Capata had already created a cutting edge program in Italy that features both young, emerging talent and older, established artists.

Rome has much to offer, don't miss out on these great locations!

Dorothy Circus Gallery is a space dedicated to pop surrealism and new tendencies of figurative arts. For the first time within Italian contemporary art, artists such as Jonathan Viner, Ron English, Sas & Colin Christian, Camille Rose Garcia, Alex Gross, Joe Sorren, Tara McPherson, James Jean, Miss Van, Kazuki Takamatsu and many others have been brought into the spotlight. In 2011 the Gallery opened its new venue in the historical center of town, raising its curtain once again on its prestigious program dedicated to Pop Surrealism and Urban Art. The gallery is named after the leading lady in The Wizard of Oz. The Gallery’s director is Alexandra Mazzanti.

Sacripante Gallery - The End is the Beginning

Specializing in Lowbrow art (pop-surrealism), the Sacripante art gallery opened in November 2014 mixing baroque furniture with raw walls and exhibition rooms with a hidden cocktail bar. The gallery organizes only two exhibitions every year, creating site-specific settings that will disappear after six months, when something else will arise. “The end is the beginning” is indeed the title of Sacripante’s first show featuring artworks by David Diavù Vecchiato and Lucamaleonte.

Sign up for free to My Widewalls, and stay updated with art news!

When in Rome... Visit these Amazing Art Locations 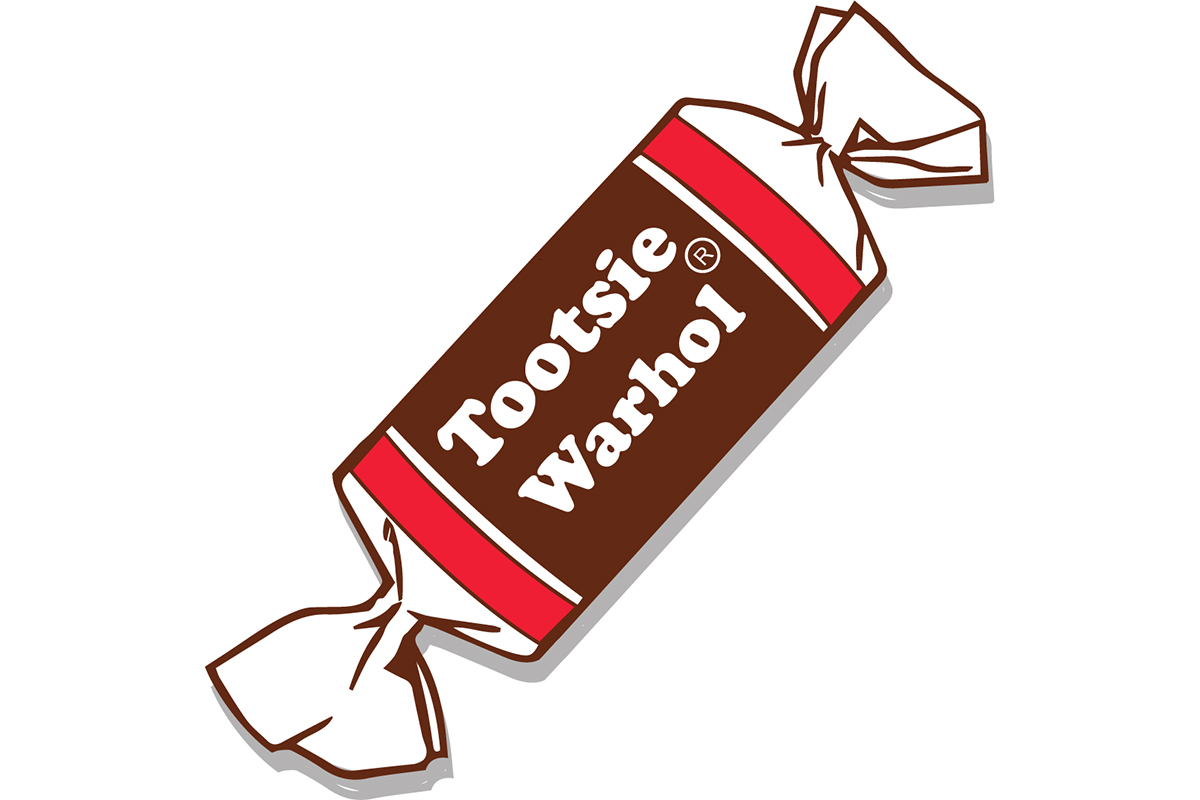 Is Your Rent In Danger Because of Covid? Here’s Some Advice From A Lawyer
Gallery Advice   |   Angie Kordic

We talk to Tootsie Warhol, a lawyer giving free tips to galleries regarding rent in NYC, but also about his Anti-Trump persona as Presidential Candidate. 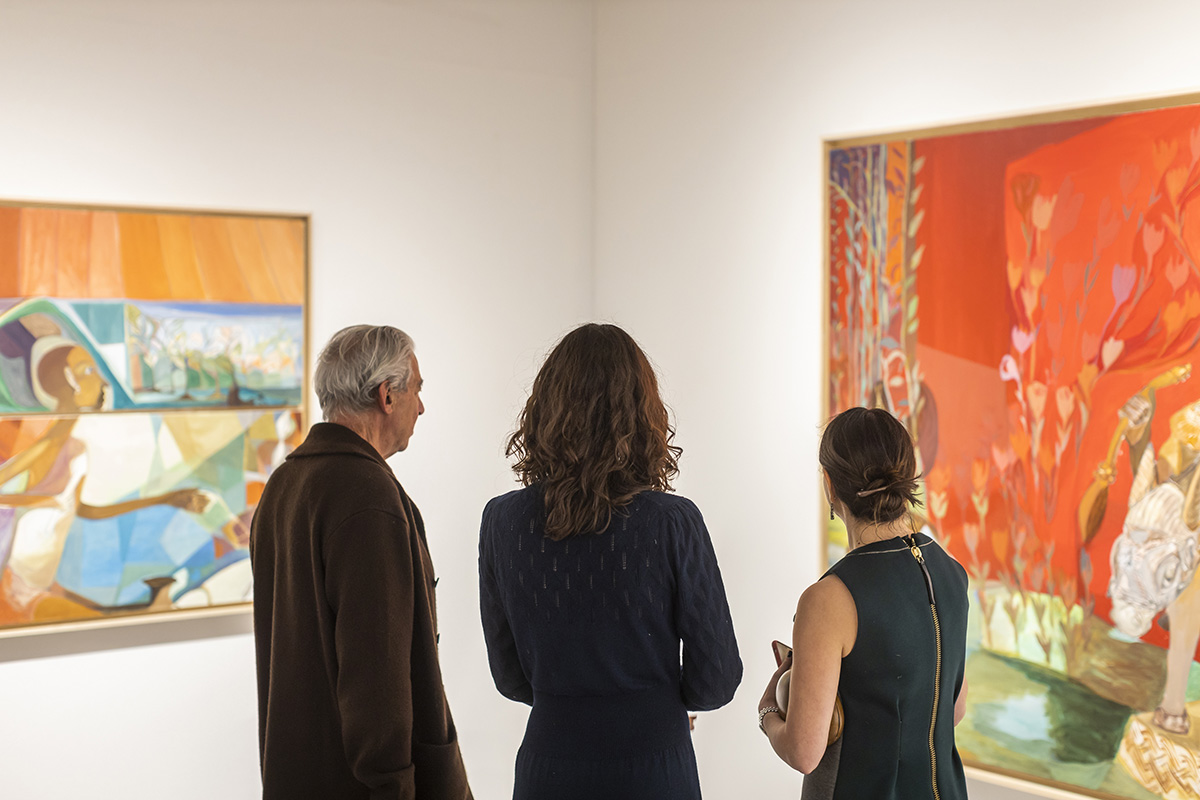 COVID-19 Impact Survey on U.S. Galleries Report was conducted by ADAA between April 15th and May 4th, 2020, including 168 galleries across the country.