Did Graffiti Finally Get Protection Under Law? 5 Pointz Artists Win a $6.7 Million Worth of Battle!

For years considered to be the world’s graffiti Mecca, 5 Pointz Aerosol Art Center Inc., better known by its shorter street name of 5 Pointz, was an outdoor art exhibit space in Long Island City, New York, where aerosol artists could paint on the walls of a 200,000-square-foot factory building.

Once an industrial complex, this location was turned into an epicenter of the graffiti world, uniting prominent urban painters as well as musicians, deejays, filmmakers, photographers and entire tour buses full of admirers.

However, although a symbol of the New York street art scene, 5 Pointz was lost to developmental expansion in 2013. The news that countless landmark graffiti were blatantly whitewashed echoed throughout the Big Apple, as people were amazed at the way urban artworks were treated as something totally expendable; a disposable fly that was mercilessly swatted in order for someone to make cash.

After the initial shock and disappointment wore off, what followed was a lawsuit the artists aimed at the developer who was calling the shots, Gerald “Jerry” Wolkoff. Despite the fact the odds of the artists actually winning at court were far from favorable, the jury decided that the accused was indeed at fault, ruling in favor of the graffiti painters.

In 2013, developer Gerald Wolkoff announced his controversial decision to demolish 5 Pointz in order to replace it with a condominium complex. Although in all fairness, the site of 5 Pointz did belong to him from the very start of the graffiti project, this announcement was met with fierce public protests by the community.

Artists quickly united and filled a lawsuit against Wolkoff, hoping to somehow throw a wrench in his plans. The resisting artists were led by Jonathan Cohen, a graffiti painter known as Meres One who oversaw all aspects of 5 Pointz for more than a decade. Although this very public situation was at times promising for the graffiti painters, things quickly culminated in 2013 when Wolkoff took his plans to the next level.

On the night of November 19, 2013, the graffiti on the exterior of the 5 Pointz building were painted white. Despite the lingering lawsuit and the rally held three days prior to the night in question, Gerald Wolkoff made a choice to "speed things up" with a sudden painting over that was somehow supposed to put a peaceful end to the situation. Even though the developer made it clear in the early 1990s that he would only allow the graffiti to be painted on the building temporarily, the artists were outraged at the sudden destruction of their work.

Occurring overnight and without any real indication, this event put into motion another lawsuit, this one a lot more tangible than the previous one - the artists now claimed that the overnight whitewashing without any warning did not give them a chance to remove or preserve their 5 Pointz works. Despite the case the artists started to feel as if they had a real case at their hands, over 350 works were whitewashed under Wolkoff’s supervision and, in many ways, the battle was already lost.

The Trial for Graffiti Rights in New York City

After Gerald Wolkoff made a choice to destroy the artworks, the artists’ legal argument centered largely on whether the developer should have given them a 90 days notice before destroying what made 5Pointz great in the first place. For the vast majority of the case's duration, the outcome did not look good for the prosecutors, as the defense attorney argued that the artists had frequently painted over each other’s works, as well as casting doubt on the feasibility of removing graffiti installations without damaging them.

Meanwhile, the artists' claim hinged on whether Wolkoff committed violations of the 1990 Visual Artist’s Rights Act, more commonly known as VARA. This law grants visual artists limited rights over work they created but do not own, and can entitle them to monetary damages if their works of a “recognized stature” are destroyed.

Although very few hoped for such an epilogue, the Brooklyn jury of six overwhelmingly sided with the artists, granting varying damages to each artist in connection with the Gerald Wolkoff's violations. What made this an even bigger surprise is the fact that, as copyright experts note, it is extremely rare for VARA cases to actually make it to court because most are dismissed or settled beforehand. Eric Baum, the attorney representing the 5Pointz artists, said the following after he learned of the verdict:

The jury found the age-old saying ‘actions have consequences’ rings true. The strong message sent in this case is that art which is protected by federal law should be cherished and not destroyed or mutilated

It should be noted that the federal court jury in Brooklyn has handed a preliminary victory to the artists, meaning that this will not be the final word in the case due to an agreement reached between the parties prior to the start of jury deliberations. Instead, the judge presiding over the case will ultimately decide the lawsuit’s outcome, while the jury’s opinion is advisory, not binding. Nonetheless, this is a huge victory for the 5 Pointz, an opinion shared by Meres One:

5 Pointz and my 11 years of volunteer work there were dedicated to an art form I love and live. I stood up for the culture from day one, and standing up in court for the artwork myself and fellow artists created was essential in getting closure

So, What Happens Now?

The jury's verdict may be positive, but the truth of the matter is that 5 Pointz and all the street art it contained is already ruined. Following the aforementioned whitewashing, the 5 Pointz building was demolished completely in 2014. The construction on the new building complex started in the following year. Nowadays, this once iconic site of graffiti history is slowly transforming into luxury condominiums and no amount of won lawsuits can alter that fact.

Nonetheless, we should not overlook the importance of the verdict, especially from a long-term perspective. This is the first instance in which graffiti was deemed to be of a recognized stature and afforded protection under VARA, which is definetely a significant step forward. Although far from a happy ending story, what happened to 5 Pointz could be a critical moment for graffiti's acceptance as a validated art form as this case can pave the way for more aggrieved artists to seek justice if their works are destroyed. An expert witness in the case, adviser and appraiser Renee Vara expressed how important such a conclusion to the case is:

Furthermore, if the judge in the case follows suit in the next thirty days or so, the verdict could set a remarkable precedent for the protection of street artworks. This means that urban art could finally be handed a defense against the merciless real estate developers who tend to handle these pieces as insignificant aspects of their money-making mechanisms.

5Pointz: An Historical Journey is a documentary about the world renowned graffiti museum that was once known as 5 Pointz. The documentary, hosted by the museum's curator and graffiti artist, Meres One, takes you on a tour of the building, giving an in depth look at the process, the artwork, the artists and the history.

It would appear that the 5 Points saga might now be officially over. A New York judge has awarded a whopping $6.7 million to graffiti artists who sued after their work was destroyed along with 5 Pointz.

Federal judge Frederick Block noted there was no remorse from the owner of the warehouse buildings. His decision comes after the three-week trial held in November 2017.

He also said that he would not have assessed so much in damages if the owner had awaited his permits and demolished the art 10 months later than he did, according to The Guardian.

The shame of it all is that since 5 Pointz was a prominent tourist attraction, the public would undoubtedly have thronged to say its goodbyes during those 10 months and gaze at the formidable works of aerosol art for the last time, Block wrote.

It would have been a wonderful tribute for the artists that they richly deserved.

Featured images: NYC Graffiti Mecca, via huffpost.com; A Street View of the Building, via pinterest.com; 5Pointz Graffiti Art (Dec 2012), via zazenlife.com; Street Artists' Tags, via pinterest.com; 5Pointz Graffiti, via thenypost.com; The Building After Being Whitewashed, via thenypost.com. All images used for illustrative purposes only. 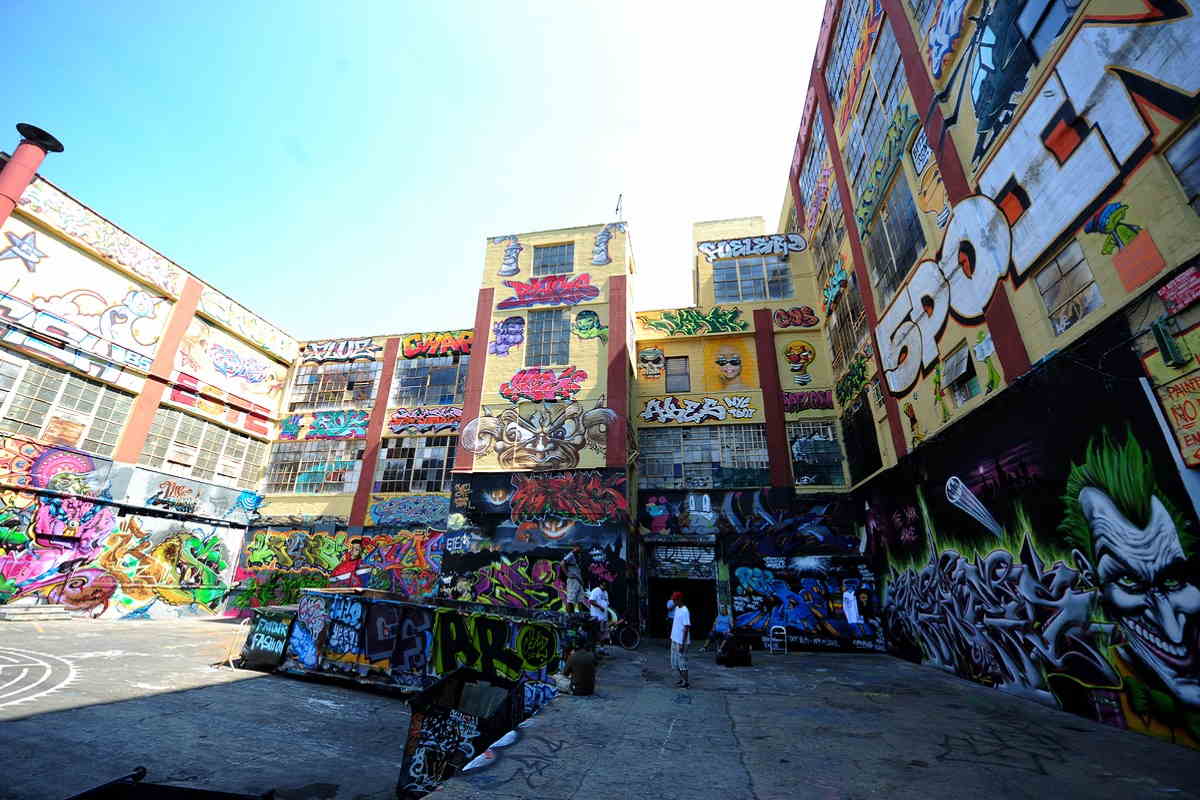 5 Points graffti art center in New York ceased to exist in 2014. In this feature we analyze its turbulent history and a lasting legacy. 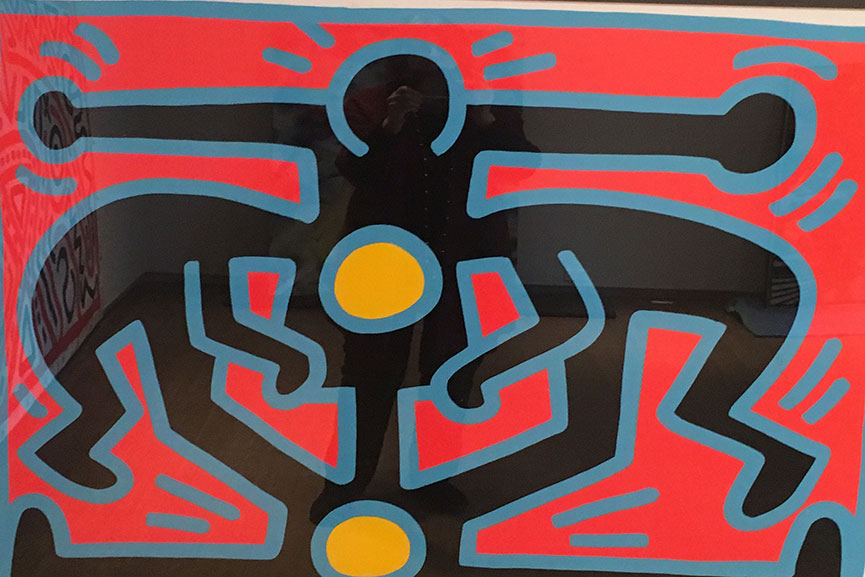 Exhibition Glamorous Graffiti, among many artists, Keith Haring, brings back the rebellious spirit and pays homage to the New York streets in the 80's. 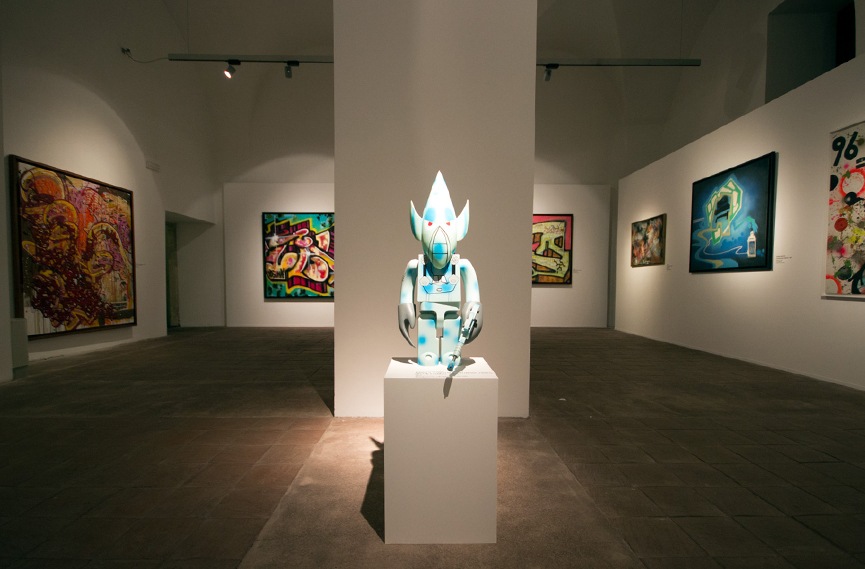 Do not miss the opportunity provided by 999Contemporary to gain insight into the anthology of urban artworks that influenced the contemporary global visual culture.