A line began at tête

When artists are inspired by political issues, when they are examining the possibilities of the representation of geographical continuities and discontinuities, they may use wide range of forms and media. Some mix wood and drawings to create the sculptures and reliefs targeting the topic of the destruction of environment (check out our article about the work by Tadashi Kawamata); some use video, photography, texts for investigating the intersections between politics, language and identity (for example the work by Andrea Geyer). Yet, some artists began their works by questioning the political, geographical, architectural and social issues with a simple line. What is usually perceived as the simplest artistic move (drawing a line) is a starting point for creating complex and multi-layered works, dealing with very complicated themes. The group show at tête entitled A line began gathers five artists who use the line as a guide leading to different outcomes.

A line began group show at tête brings together artists whose works are representing a variety of practices that use the line as a central point of the work’s composition. The course of the line leads us through different paths, while the objectivity persists through performative actions and the geographical continuity is broken by architecture, politics and entropy. This ruptured composition is pieced back together by bodily gesture. All these actions are documented, and placed beside the wall works. They record the non-verbal gestures of mark-making that is investigated through collage, drawing and painting.  In this way, the artists emphasize the tenacity and permeability of a line. The group show at tête will present the works by Christine Cheung, Alexander Kraut, Anna Gestering, Eleni Mouzourou and Elizabeth McTernan.

The Artists at the tête Group Show

Eleni Mouzourou’s work is concentrated on the disputed border crossing in Nicosia, Cyprus. Her work captures her walk along this geopolitical and psychological border, highlighting fictional continuities and discontinuities of cartographic imagery, and its relationship with the city’s ruptured landscape. The work by Elizabeth McTernan philosophically questions the mapping practices, as she perfectly mixes different forms and media to challenge to possibility of cartography to truthfully show the precise locations. Christine Cheung’s paintings are playing with the vibrant geometric lines in a white-dominated space with forms coming forward and backwards simultaneously, attracting attention to the vast input of information everybody is facing today. The collage work by Anna Gestering is confronting the viewer with sharp vibrant shapes using the newspapers as a raw material, maintaining the fragmentary character of the composition. Finally, the Alexander Kraut’s works on paper show how different spaces can emerge from a cacophony of texture.

A line began group show at tête is conceptually developed in a superb way, presenting the works by artists coming from different perspectives. The central position of a line in these works is truly an extraordinary examination of the use of unusual techniques and styles in order to question some of the most complex political, spatial and cultural issues. This group show at tête presents unique and innovative works that certainly won’t leave visitors indifferent. The group show at the tête gallery in Berlin, entitled A line began will be opened on February 19th, and will be on view until February 22nd.

Sign up for MyWidewalls, and be informed about the upcoming exhibitions! 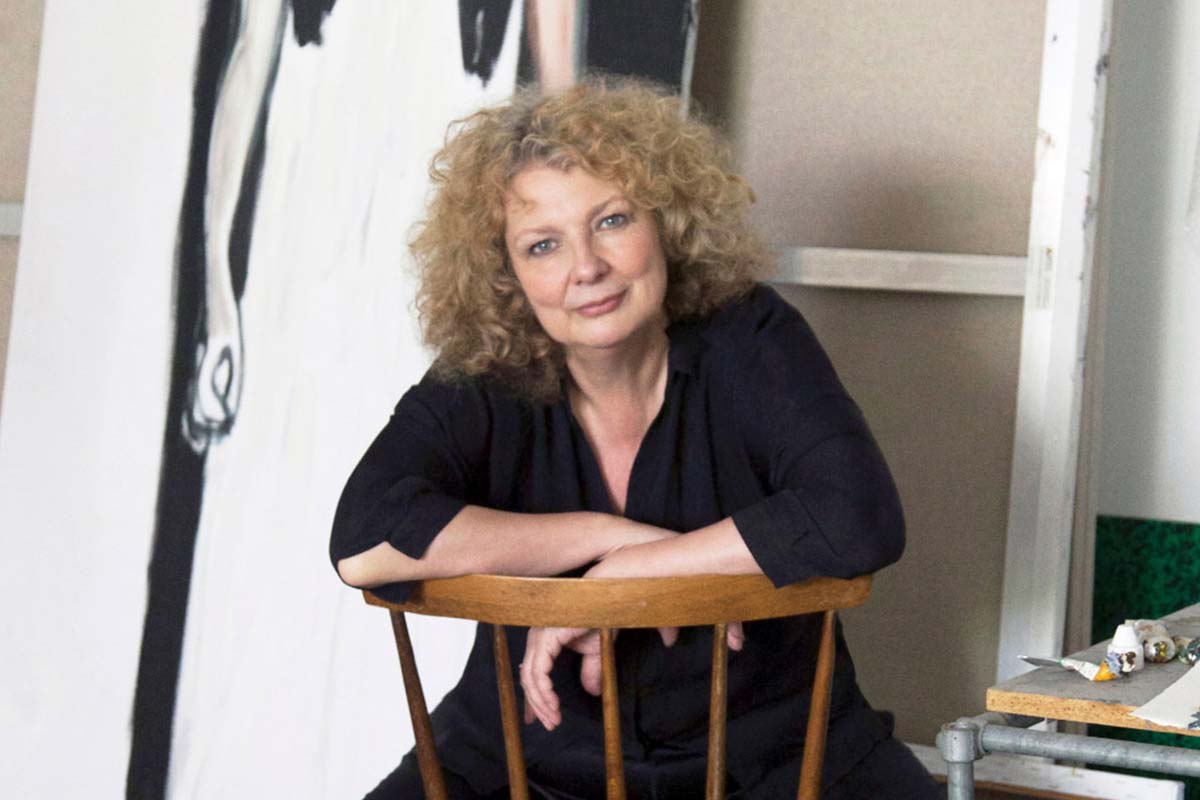