The London-based contemporary artist Alexander James, renowned for his works portraying ephemeral underwater still-life compositions in the style of Dutch painting of the 17th century, moved his studio to Moscow a few months ago to work on a new exhibition to be held at Triumph Gallery from April 18 to May 11. Most of us would just continue reading this article if only the previous sentence does not mention the word “underwater”. This is a key word for understanding James' unique creative process, that can easily be overlooked same as his works can easily deceive us.

James’ works appear at once photographic and painted. This is because the artist has invested years of experimentation in order to cross out the boundaries between photography, painting and sculpture. Their creation involves a very intricate and scientific process. Each work begins with the formation of complex compositions using natural materials and handmade items, such as specially grown flowers and specially bred butterflies. Placing them in reservoirs of purified water, the artist creates an instant where the elements in the composition are ideally combined and captured as an image by his camera. The introduction of water in this way serves its purpose both symbolically and as the functional device through which James achieves the painterly effect of his works. The surface of the water, for James, becomes a canvas across which he can move his brush, creating interplay of light on the waves. The natural interplay of the objects, the water and the light creates the effect of a painted canvas: against a black background, the light becomes more striking and vital, and the surface of the water, disturbed by the brush, imbues the image with a rhythm. Often it takes just once or twice to get the perfect shot.

James’ unique working technique results in an image that looks as if it is traditionally painted on canvas. Usually, he destroys his sculptural scenes, leaving behind only the images. The artist never manipulates or processes the image after the photograph has been taken. There is no post-production, either traditional or digital. “For me, it’s the creation of authenticity that is crucial,” says the artist.

Extract the Essence of Beauty

As for the topics, James is moved by the themes of the inevitability of death and the meaninglessness of a superficial existence such as Memento Mori or its version Vanitas. Both artistic motifs were particularly popular among Dutch artists of the 17th century. “I live according to the principles and in the same way as the Dutch artists of the 17th century. I don’t think about the aesthetics – they are formed instinctively in the process of creation,” says James. “For me, the combining of sculpture, painting and photography is a way of conveying the idea of “vanitas” – the unalterable ephemerality of human existence.” James’ works help us contemplate about life, death and vanity. The mission of his “Distil Ennui” concept is to extract the essence and beauty of life to appease world-weariness. Although inspired by traditional painterly themes and styles, their interpretations in the hands of James give birth to a unique, modern aesthetics.

The new series of “Distil Ennui” works for his Moscow exhibition include compositions in the style of the Pre-Raphaelites, inspired by “Ophelia” by John Everett Millais and “La Jeune Martyr” by Paul Delaroche. Previously, Alexander James has moved his studio to Tokyo, Sydney and New York, each time adding a bit of local character to his works by working with local models, materials and artifacts. This is another peculiarity of his work. James re-locates his studio around the world in the creation of each exhibition.

Alexander James was born in 1967 in London, where he lives and works. The artist has held personal exhibitions in London, Sydney, New York, Los Angeles and Paris. Works by Alexander James are in the Moonsoon, Davis Museum (Lisbon), Rothschild Group, DDB Group and Lend Lease Group collections, as well as in the collections of some of the most renowned independent collectors – Ivor Braka and Tony Dane, who between them brought Francis Bacon to a wider public. More recently, one of Alexander James’s latest works, “Grace”, was sold at auction at Christie’s in London in October of 2013.

Triumph Gallery was founded in 2006 by Emelyan Zakharov and Dmitry Khankin. The gallery focuses on contemporary art and works with major Russian and international artists. Among well-known Russian artists with whom the gallery works are AES+F, Vladimir Dubossarsky and Alexander Vinogradov, Alexei Beliayev-Guintovt and Recycle. In 2006 Triumph showed the work of one of today’s most famous artists, Damien Hirst, for the first time in Moscow. This was followed a year later by a solo show by Jake and Dinos Chapman. As well as exhibitions in its own space, Triumph Gallery organizes exhibitions in other venues in Russia and abroad and supports young artists through its Launchpad project. Triumph Photo shows work by photographers three times a year and the seasonal project Method brings together artists working in the same medium or with similar artistic approaches. 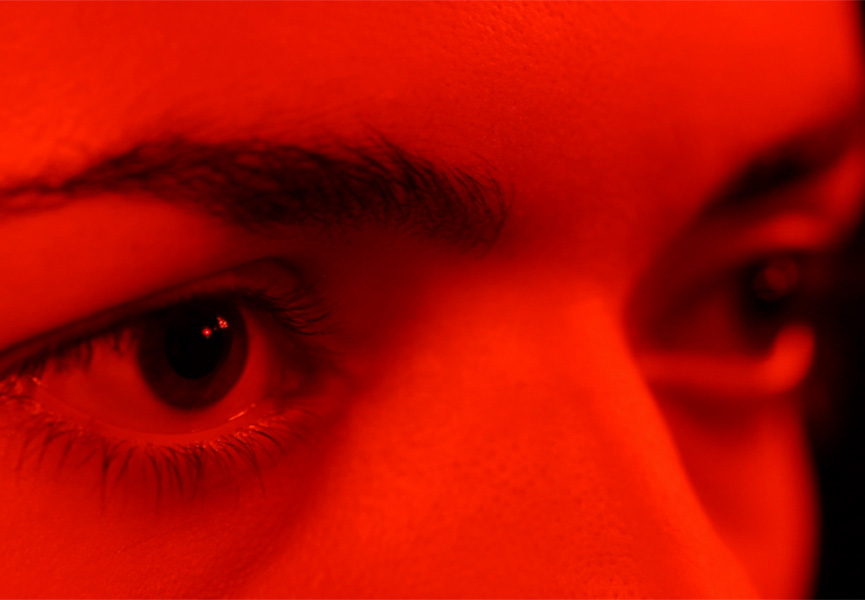 Just in time for Christmas we are going east to witness some of the Russian’s finest young contemporaries at the Triumph Gallery. 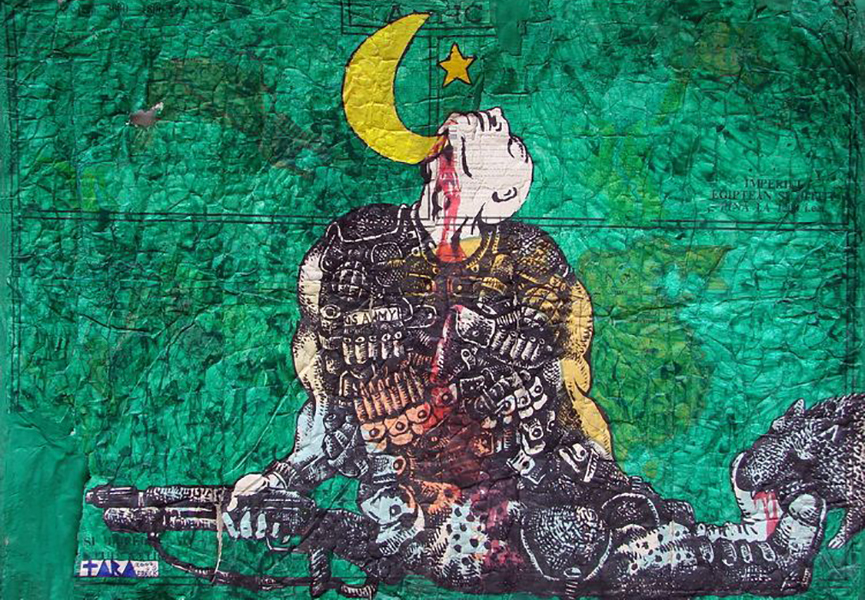 Probably the most disputed Romanian artist, Tara van Neudorf has his exhibition opening tomorrow at Triumph Gallery in Moscow. Tara van Neudorf is a rebel with striking and impulsive graphic style, almost poster-like.