Why The 1913 Armory Show Shocked The Art World

The first decade of the 20th century is marked by the appearance of some of the first truly radical artists who wanted to abandon the existing representational models and approach painting and sculpture differently. The Old Continent nurtured Braque and Picasso, who founded Cubism, Henri Matisse, the father of Fauvism, and a lot of wealthy intellectuals who established Futurism. These entirely modern tendencies were welcomed with skepticism and rigor, but in the United States, a young country still forming its identity, they were embraced and exhibited within the first and groundbreaking exhibition called The Armory Show.

This particular event, which happened in 1913, is also known as the International Exhibition of Modern Art, and it was organized by the Association of American Painters and Sculptors in three cities, starting with New York at the 69th Regiment Armory. It then traveled to the Art Institute of Chicago and finally to The Copley Society of Art in Boston; for this edition, the works of American artists were removed due to a lack of space.

The main reason why The Armory Show is so historically significant lays in the fact that it introduced the Americans accustomed to realistic art to the radical practices of the leading European avant-garde proponents - Vincent Van Gogh, Henri Matisse, Edward Hopper, Alexander Archipenko, Mary Cassat, etc. The exhibition empowered younger generations and led them to experiment more for the sake of their artistic autonomy and the creation of their own pictorial language.

In late 1911, Henry Fitch Taylor, Jerome Myers, Elmer Livingston MacRae, and Walt Kuhn had an early meeting to discuss the status of current art in the local context and the organizational possibilities regarding exhibiting the works by both American and foreign artists.

Just a few months later, in early 1912, Walter Pach, Walt Kuhn, and Arthur B. Davies and a significant number of their peers organized the Association of American Painters and Sculptors (AAPS) aimed to support artists working outside of the academic tradition, and enable art education for the public. The Armory Show was their first project, which they had planned for a year.

In the springtime of the same year, the 69th Regiment Armory was booked for a sum of $5,000, and it was decided that the exhibition will travel to Chicago and Boston. After the space was sorted, the biggest challenge was to select the artworks especially because the works of European artists were unfamiliar to the American audience.

Walt Kuhn then traveled throughout Europe visiting galleries, studios, and collections in French, German, Dutch and English cities while contracting the loans. In Paris, Kuhn met Pach who was closely affiliated with the art scene and was friends with Henri Matisse and Marcel Duchamp. The two men were joined by Davies, and together they selected three paintings that were the most popular in the show - Blue Nude (Souvenir de Biskra) and Madras Rouge by Matisse, and Duchamp's iconic Nude Descending a Staircase, No. 2. The invitation for the American artists was issued after Davies and Kuhn returned to New York later that year.

Interestingly so, The Armory Show was the first and the only exhibition organized by the AAPS. It encompassed one thousand three hundred paintings, sculptures, and decorative works by more than three hundred avant-garde European and American artists. The Armory Show was sort of a scandalous sensation, although it had a nice response with postcards of fifty-seven works being dispersed. In brief, the media perceived the exhibition as a promotion of anarchy, insanity, and immorality, and even the American President Theodore Roosevelt said that it is not art.

The most shocking painting on display was Marcel Duchamp's Nude Descending a Staircase, painted the year before. For instance, one art critic characterized the work as an explosion in a shingle factory and satirized the piece. Gutzon Borglum, an American artist, sculptor and one of the early organizers who withdraw from the organization labeled this piece "a staircase descending a nude", while the New York Evening Sun columnist called it "the rude descending a staircase" (Rush hour in the subway).

On the other hand, Paul Cézanne's Hill of the Poor (View of the Domaine Saint-Joseph) was purchased by the Metropolitan Museum of Art, supporting the initial initiative to integrate modernism into the established New York museums. Jacques Villon, the brother of Marcel Duchamp, also showed his Cubist works, which were well received by New York collectors.

What's interesting is that the Chicago edition of the exhibition caused quite a stir - the press featured headlines such as Cubist Art Will Be Investigated or Illinois Legislative Investigators to Probe the Moral Tone of the Much Touted Art.

The Legacy of The Armory Show

The Armory Show 1913 exhibition left a strong mark in the local context so it is not surprising that it was reenacted on several occasions: the Cincinnati Art Museum mounted a smaller version in 1944, then the Amherst College held an exhibition consisting of around sixty works in 1958 (including forty works from the original show), while the display honoring the 50th anniversary of The Armory Show was held at the Munson-Williams-Proctor Arts Institute in Utica, New York in 1963, with more than three hundred works.

The groundbreaking 9 Evenings: Theatre and Engineering, a multimedia event organized by the artists Robert Rauschenberg and Robert Whitman in collaboration with the engineers Billy Klüver and Fred Waldhauer, was sort of an homage to The Armory Show since it took place at the 69th Regiment Armory.

In 2013 various institutions celebrated the 100th anniversary of the 1913 Armory Show with exhibitions, publications, and discursive programs. The New Spirit: American Art in the Armory Show, 1913 was the first one at the Montclair Art Museum, while the second exhibition was organized by the New-York Historical Society under the title The Armory Show at 100. The Smithsonian's Archives of American Art organized an online timeline of events titled 1913 Armory Show: the Story in Primary Sources featuring the records and documents made by the organizers of 1913 Armory. The third show in a row called The Fountain Art Fair was organized at the 69th Regiment Armory and was inspired by Duchamp's iconic Fountain. The same year, The Art Institute of Chicago, the only museum to host the 1913 Armory Show, presented the items drawn from the museum's modern collection included in the 1913 exhibition.

There is even a documentary film about The Armory Show called The Great Confusion: The 1913 Armory Show made by the American filmmaker Michael Maglaras.

The legacy of the 1913 Armory Show is still strongly present in the contemporary American art scene which is not strange due to the fact that it was the show which entirely changed the visual paradigm by introducing bold, expressive and in some cases radical artworks.

Elizabeth Lunday, author of the breakout hit Secret Lives of Great Artists, tells the story of the exhibition from the perspectives of organizers, contributors, viewers, and critics. Brimming with fascinating and surprising details, the book takes a fast-paced tour of life in America and Europe, peering into Gertrude Stein’s famous Paris salon, sitting in at the fabulous parties of New York socialites, and elbowing through the crowds at the Armory itself. 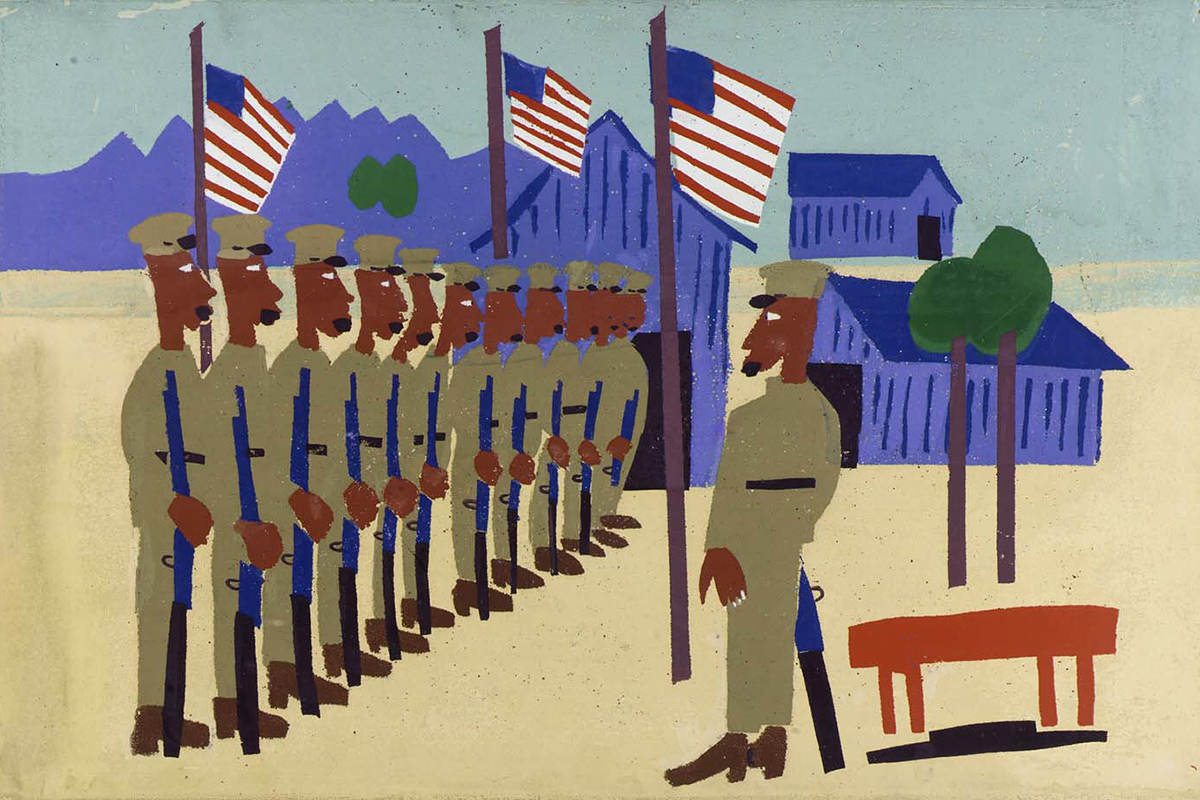