Shocking, intriguing, devastating and peculiar, the year behind us left us with a plethora of interesting news and stories from the art world. Some of them made a significant mark and their echo can still be heard today, while others just got lost in the array of different stories and events that marked the year of 2015. We’ve had a handful of events and performances, breaking news and new laws, protests, acts of vandalism and fights for freedom and human rights. In 2015, art was sought as a tool for activism, solidarity, hope, new economic trends and groundbreaking performances. These events shook the public view, challenged opinions, gathered a lot of attention and controversy. From using menstrual blood as an artistic expression, to the return of the long-lost Banksy’s statue, we present you the top stories from the world of art which made 2015 quite an interesting year.

Quite naked and very pregnant, American singer and songwriter Amanda Palmer posed outside of the New York Public Library, recreating the Verity statue by British artist Damien Hirst. ”I’m doing a kind of goodbye thing before going off to birth this baby. This is a slightly weird one, but bear with me….it’ll be worth it, i swear”, wrote Palmer in her announcement. It was definitely a weird one, but she certainly drew a lot of attention and managed to gather a lot of children’s books as a donation to the New York Public Library’s early literacy program.

Have a look at the story in detail here

After such a devastating human tragedy and more than 130 lives lost in the terrorists attack on Paris in November, there wasn’t much that could have been said or done to alleviate the grief. However, a simple, yet powerful illustration by young French artist Jean Jullien rose as a symbol of solidarity and some sort of comfort. A drawing of the Eiffel tower circled and turned into a peace sign took over the Internet world, accompanied by the Peace For Paris message, as an emblem of support for the people in France who were undergoing what turned out to be the deadliest attack since World War Two.

Standing naked and motionless for seven hours in a derelict Police Headquarters while on her menstruation was the previous endeavor of Poppy Jackson. So, this news shouldn’t be as shocking, but still, I don’t believe the use of menstrual blood in the creative process will ever become a mundane and “normal” thing. This time, Poppy Jackson invited ladies to donate and contribute with their own menstrual blood for the performance piece at Bradford’s Fuse Art Space.

Here is the original story

Check out the details here

Evaluation of The Cost and Price of Performance Art in Museums

How expensive is it truly for a museum institution to keep the active performing arts program? Unlike actual art piece, performance can’t be hanged on a wall or sold at an art auction, but it takes equal amount of time for planning, preparation and the act itself, which means that time the artist has spent should be valued and compensated. But how much are the artists truly earning?

Have a read of the full article here

Protest of the Movement called "Renoir Sucks at Painting"

“God Hates Renoir”, “reNOir”, “Take ’em down! Renoir Sucks”, “Aesthetic Terrorism” … These are just some of the signs that were being flashed by the protesters of the Renoir Sucks at Painting movement. According to the people gathered under the same goal of removing Renoir’s works from the museums, the French impressionist isn’t much of a painter, and his work does not deserve the fame it gets. Even though many people, and some critics even, might agree with that point of view, as the painter’s great-great-granddaughter replied: When your great-great-grandfather paints anything worth 78.1 million dollars … then you can criticize.

Performance and Protest in Support of Tania Bruguera

The powerful works of Tania Bruguera have included the The Burden of Guilt, in which she posed naked with the carcass of a lamb around her neck, while eating soil mixed with water and salt. It is this kind of provocative work and other pieces revolving around freedom of speech and issues about power and control that had gotten Tania Bruguera her passport confiscated and had her facing criminal charges in Cuba. Organized by Creative time, a protest and performance took place at Times Square to show support for artists’ voices and creativity of free expression around the world.

Read the story in detail here

Ai Weiwei Got his Passport Back

After 81 days in prison, Ai Weiwei was released, but the Chinese authorities have kept his passport and he was unable to leave the country. Why he was denied his right to a passport, and why Ai Weiwei got arrested in the first place – are quite complicated question, as the possible reasons go years back. The unrelenting freedom fighter and thorn in the eye of the government, Ai Weiwei finally got his passport back, and scored another small victory against the oppressing regime of the Chinese authorities.

The 70-meter (230-foot) sculpture representing “the vagina of the queen coming into power” obviously gathered much attention and raised many eyebrows. Apparently, not everyone enjoyed Anish Kapoor’s provocative piece, since the massive sculpture got vandalized…twice. The second time around, anti-Semitic messages appeared on the artwork and the French Minister of Culture Fleur Pellerin condemned the incident in Versailles, calling it an attack on freedom and human dignity. The author of the controversial piece decided to keep the abominable slogans as they serve as a reminder of the still-present anti-Semitism which we would rather forget.

Details of the story here

German Art Law that Stirred a Lot of Controversy

A controversial bill has been proposed that encountered huge criticism from the art world. The Ministry of Culture of Germany planned to pass a bill that would restrict the export of artworks older than 50 years, and valued at €150,000 ($165,900) or more. In an interview with Frankfurter Allgemeine Zeitung, German Minister of Culture Monika Grütters said that all the controversy raised about the bill was an exaggeration, but was it really?

Check out the entire story here

Famous for his appropriation of works made by other artists, and then claiming it as his own, Richard Prince is a known figure of controversy and scandals. This time, Prince spent countless hours cruising through his Instagram feed, leaving comments on random images of even more random users, taking screenshots of his “interventions”, and then printing it all on a 167 x 123,8 cm canvas, ready to be exhibited. But it doesn’t stop there. Some of the 38 images Prince took down from other people’s Instagram profiles and used for self-promotion also belonged to SuicideGirls, an online community of punk rock models and burlesque performers. Instead of suing him, the Suicide Girls decided to take a different approach, and give Richard Prince a taste of his own medicine...

Have a look at the Suicide Girls' response 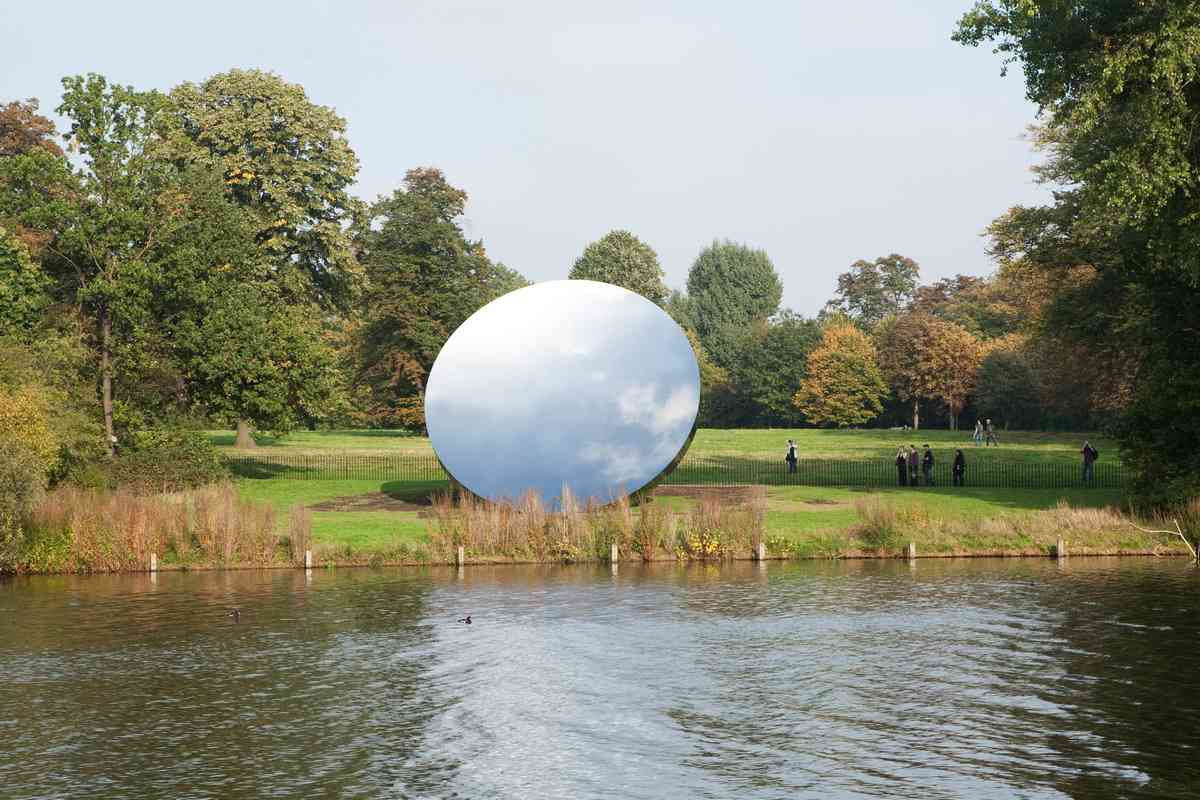 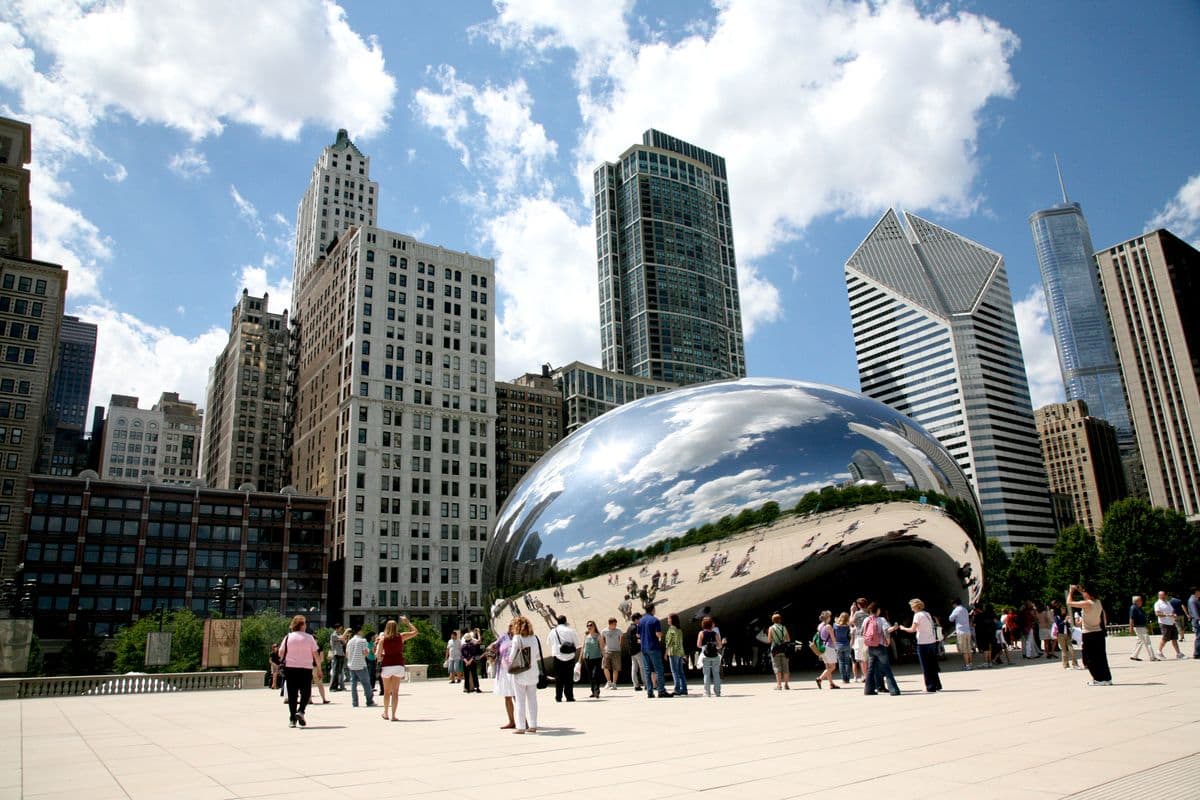 Ever since it was first unveiled, Anish Kapoor's Cloud Gate has become one of the city's most popular sites. Here is the story behind the Chicago Bean.