Group exhibition entitled As If, At Home – Artists in Europe is about to begin in Berlin’s BOX Freiraum presenting the work of artists from all around the continent. The exhibition is curated by Jurriaan Benschop, and it has been created out of the wish to rethink Europe. Because, as the Hungarian writer Zsófia Bán asked in her essay for Der Tagesspiegel in February 2016 – 'How many Europes are there, and how many should there be?' It is a question all Europeans must ask themselves, especially in the context of the current migration situation. There is a need for the 'change of mind and a change of heart', as Zsófia Bán stated. And we ask – is there a better way to reflect the reality and provoke critical thinking than art? That was also what the BOX Freiraum officials thought, so they’ve gathered the artists in Europe, and organized the upcoming show. Some of the featured European artists are Mirosław Bałka, Norbert Bisky, Michaël Borremans, Irina Botea, Valérie Favre, Lia Kazakou, Marie Lund, Šejla Kamerić, Flo Kasearu, and Sean Scully, among others.

Personal Memories as an Inspiration

Mirosław Bałka (b. 1958) is a sculptor and a filmmaker from Warsaw, Poland, whose work is deeply related to the Polish scenery of the Holocaust. Everything he uses for his art depicts history in a way. For this exhibition he is bringing The Fall, his silent movie from 2001, showing grains of sand or some other material running from the top of the screen down to the bottom, while landscaping the concrete forms out of abstractions.

History plays an important role in the artworks of a painter Norbert Bisky, too. Born in 1970, in the former GDR, and now living in Berlin, his personal memories are influenced by an enormous desire for borderless and open Europe. 'I grew up in a country with a wall around it', says Norbert Bisky, which tells us all about his wish to make a perception of cultural or political identity through his paintings.

Šejla Kamerić, who was born in 1976 in the former Yugoslavia, and lives in Sarajevo, also searches for an identity in a poetic and suggestive way. By bringing back the wartime memories, Šejla is searching for the possibilities of the memory transformation through the medium of film. This is especially present in her movies Glück (2010) and 1395 Days without Red (2011).

A filmmaker from Romania, Irina Botea, who currently resides in Bucharest and London, will also show the exploration of the historical events in different settings through her films. Stereotypes are the big part of her inspiration, which is depicted in her 2006 movie Stereotypical Conversations, where a group of people adopts the perspective of 'the other' to talk about themselves in a stereotypical form.

From Thessaloniki, Greece, a 36-year old artist Lia Kazakou is coming to the Berlin group show. Her work is inspired by unconventional moments, and her paintings are very precise. They are showing, for example, details that shadows produced by a fold in a jacket, or the ornamental abundance of a flower pattern on a dress. The human figure is central to her work, but it appears in an unclear way. The body is represented partially, as a glimpse of a skin, or a hand coming out of a sleeve, with a larger focus on the clothes.

The upcoming exhibition will present the work of the artist Sean Scully, as well. He was born in 1945 in Ireland, but he lives in New York, Barcelona, and near Munich, so to him, the world is a home. His paintings are truly emotional, yet minimalistic, with reduced forms and expressive gestures pointed out through horizontal lines.

In a series of paper drawings, Michaël Borremans (b. 1963) from Ghent, Belgium, bring up the question of the way authoritarian systems threaten individuals. As he explains himself, those works hit ’like a knife in the eye’. The audience of the Berlin’s show will get the chance to see Michaël’s other paintings as well, where he uses an old master technique and mixes it with an imagination to criticize the world today.

Knowing that Swiss-born and Berlin-based artist Valérie Favre started in 2012 a series of paintings called Ghost, based on Goya’s Witches Flight, we can say that part of her work also tend to make a connection with European old masters. Another part of her art is based mainly on Valérie’s fascination with the awareness of mortality. But, here painting don’t appear dark or shadowy, they are rather rich in detail and somehow festive. Some other motives that inspire her are suicide, fragments, and ’balls and tunnels’. With a diverse range of interests, Valérie Favre creates a great diversity of artworks, both figurative and abstract.

Marie Lund is an artist with an intention to incorporate a piece of herself in every sculpture she makes. If the piece is not about her, then her tendency rises above the individuality and includes a human presence in an abstract way. That may be seen in her sculpture Torso from 2014, where the impression of a pullover is obvious. Even though the piece is made out of concrete, there is some textile visible referring to the original piece of clothes. Marie Lund, who was born in 1976 in Denmark, and now lives in London, is currently working on a series of artworks entitled Hand Full that is more personal. The sculpture represents the interiors of her jeans pockets cast in bronze, although the overall look of the sculptures, because of the quality of material and the patina, appears as something archaic and much older than it really is. 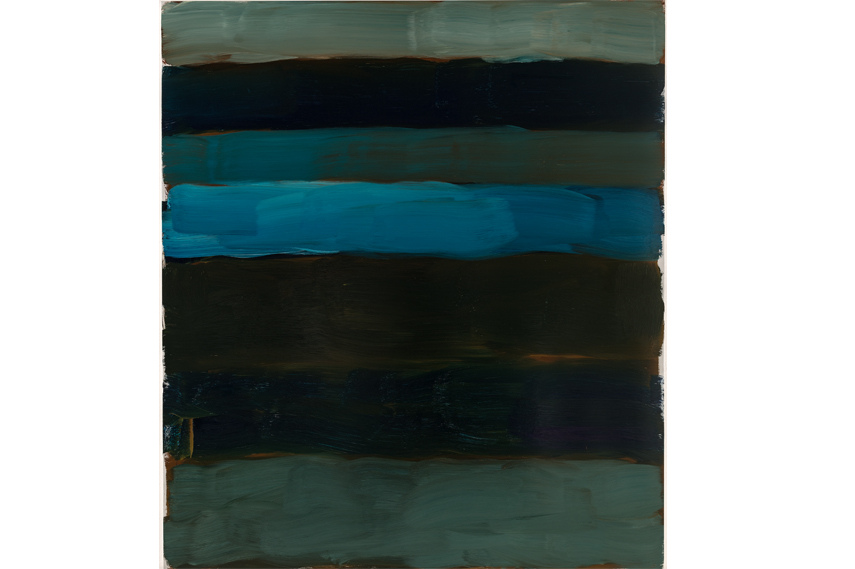 The group exhibition entitled As If, At Home – Artists in Europe will open on June 25 at the BOX Freiraum in Berlin, and it will be on view through October 31, 2016. The Artist Talk is scheduled for Sunday, June 26, 2016, at noon. The artists who are going to be present for a discussion are Norbert Bisky, Lia Kazakou, and Sean Scully. So, the audience will get the chance to talk to them about their art, techniques, artistic approaches, inspiration, and much more. As the organizers say, to reflect on the beliefs and values of Europe, the perspective has to be broadened. Indeed, as they conclude, if one wants to know what European culture is, one should look at the arts.