5 Most Notable Artworks on Migration in 2019

Throughout history, people have been on the move in pursuit of a better life and future or new opportunities. Whether due to economic, cultural, political or environmental circumstances, migrations have been both voluntary and involuntary.

Today more than 68 million people around the world are displaced from their homes, with a third of them being forced to flee their countries entirely, leaving familiar lands behind. Behind these statistics are people filled with unique life experiences and dreams for the future.

Immigration issues we are hearing about every day, from the major refugee crisis to travel bans and the border wall, have also provoked many responses from the art world. Migration art is varied and diverse, posing urgent questions around immigration policies, the representations and perceptions of migration and shedding light on the subjects of memory and placelessness, as well as the dream of opportunities and hope for more promising futures.

The Phillips Collection is currently hosting an exhibition The Warmth of Other Suns: Stories of Global Displacement, featuring 75 historical and contemporary artists whose work poses urgent questions around the experiences and perceptions of migration and the current global refugee crisis. On the other hand, Marc Quinn created a major public artwork with refugees and non-refugees titled Our Blood, in order to raise awareness of the global refugee crisis and raise millions of dollars for refugees around the world. Multicolour, a project by Migrate Art, saw many of the world’s leading artists, such as Sean Scully, Rachel Whiteread, Kevin Francis Gray, Pejac and Connor Harrington, create works using the pencils salvaged from the Calais refugee camp. The collection of these works were later sold at Phillips, raising over $122,000 for Migrate Art’s four charities.

We bring you the most notable examples of migration art created in 2019.

Featured image: The migrant shipwreck of 18 April 2015 being transported from the Pontile Marina Militare di Melilli (NATO) to the Arsenale in Venice, Italy. © BARCA NOSTRA

As part of the 18th annual River To River Festival, Lower Manhattan Cultural Council presented large-scale public artworks by the artist Yoko Ono in 24 locations in NYC’s Financial District. Among these works was Ono's Add Color (Refugee Boat), 1960/2019, a participatory installation piece shown for the first time ever in the United States. It was installed in the Seaport District, once a center for immigrants, merchants, artisans and workers.

Comprised of a small boat placed within an empty space, the artwork invited the public to paint their thoughts, ideas and hopes on the walls, floor and boat, moving the space from visual calm to layered visual chaos. From afar, the boat appears drifting ina a beautiful sea of color. Each time the work is shown, it takes a life and a meaning of its own, reflecting the time, place and people that come to create it.

By the second day of the installation, the room was already filled with a series of anti-war messages and those of political resistance in various languages. Although lacking critical spike, the work encouraged visitors to discuss the historic contributions of immigrants in the country.

An ongoing project initiated by Christoph Büchel, Barca Nostra serves as a relic of a human tragedy but also a monument to contemporary migration. It presents a recovered fishing boat from the Mediterranean's deadliest shipwreck in living memory which occurred in 2015 in the Sicilian Channel. The boat, which would normally have a crew of fifteen men, was carrying an average of five migrants per square meter, locked up in the hold and machine room. After colliding with a Portuguese freighter attempting to come to its rescue, the boat sank, becoming a coffin for over 700 people.

The boat was recovered from the seabed by the Italian Navy the following year, and in April 2019, it was handed over to the Commune of Augusta through the project BARCA NOSTRA. After it has been exhibited at La Biennale di Venezia, it has caused many controversies, with some describing it as "a spectacle that exploits disaster."

Barca Nostra is currently on view at the Arsenale of Venice at La Biennale di Venezia, the 58th International Art Exhibition, May You Live In Interesting Times, until November 24th, 2019.

Featured image: The migrant shipwreck of 18 April 2015 being transported from the Pontile Marina Militare di Melilli (NATO) to the Arsenale in Venice, Italy. © BARCA NOSTRA

The French artist known for a series of giant biodegradable artworks which adorn fields, which are best seen by drones, Saype created a large ephemeral painting on the park adjoining the world-famous Eiffel Tower in Paris to mark World Refugee Day on June 20th. Spanning 15,000 square meters of the Champs de Mars park, the work depicts hands interlocking with each other in a tribute to SOS Mediterranée, the NGO rescuing people attempting the deadly crossing between Africa and mainland Europe. Part of a project called Beyond Walls, the work was created with biodegradable paint made with chalk and charcoal. The artist explained:

In a polarised world, I wanted to create an optimistic and caring message for us all: the biggest human chain ever made.

After Paris, the project was supposed to travel for another three years around the world, including Geneva, Berlin, Buenos Aires, Christchurch, London, Melbourne, New York and Nairobi.

In May, a new stencil popped up in Venice during the 2019 Art Biennale. After much speculation, Banksy confirmed the unauthorized installation by posting the image of it on his Instagram. Painted in the Dorsoduro district, it depicts a migrant child wearing a lifejacket and holding a neon pink flare to signal for help.

This is not the first time Banksy addressed the migrant crisis, most notably with a boat installation in his temporary art project, Dismaland and the Steve Jobs mural in the refugee camp in Calais, France.

Featured image: Banksy in Venice, via the artist's Instagram.

No Kids in Cages

Under Trump administration and its strict immigration policies, over 3000 migrant children were separated from their parents at the U.S. border for an average of 154 days. Shuttled around between 17 different states in the country, they have been living in cages and sleeping on the floor under $0.68 blankets in freezing temperatures. The Refugee and Immigrant Center for Education and Legal Services has started a campaign #NoKidsInCages aimed at raising awareness of the plights of these innocent children.

As part of the campaign, the American non-profit installed a series of 24 sculptures around the streets of Manhattan, depicting a small child, draped in a foil blanket and huddled on the floor of a tiny cage, accompanied by a disturbing and real audio of crying children who have been separated from their families, recorded by news outlets.

The campaign, which was part advocacy, part guerrilla advertisement, part art, was conceived by the ad agency Badger & Winters and executed by Brooklyn design firm Square Design Inc. with the assistance of a team of ten street artists.

Featured image: No Kids in Cages, Installation, via nokidsincages.com 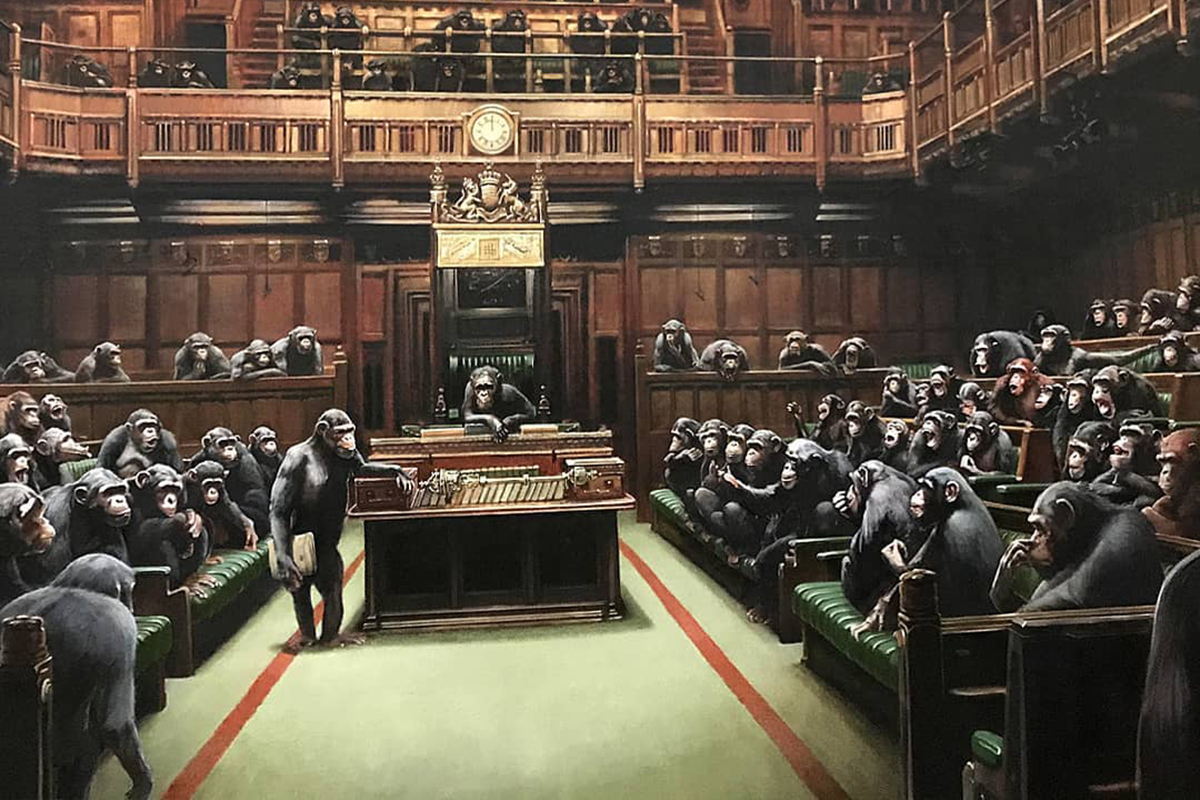 God Save the Clown! The Masquerade of Boris Johnson, Brexit, and the Arts
Widewalls Editorial

Instead of worrying what the newly elected Prime Minister Alexander Boris de Pfeffel Johnson will do to the arts, Boris and his gang should worry what the arts will do to them. 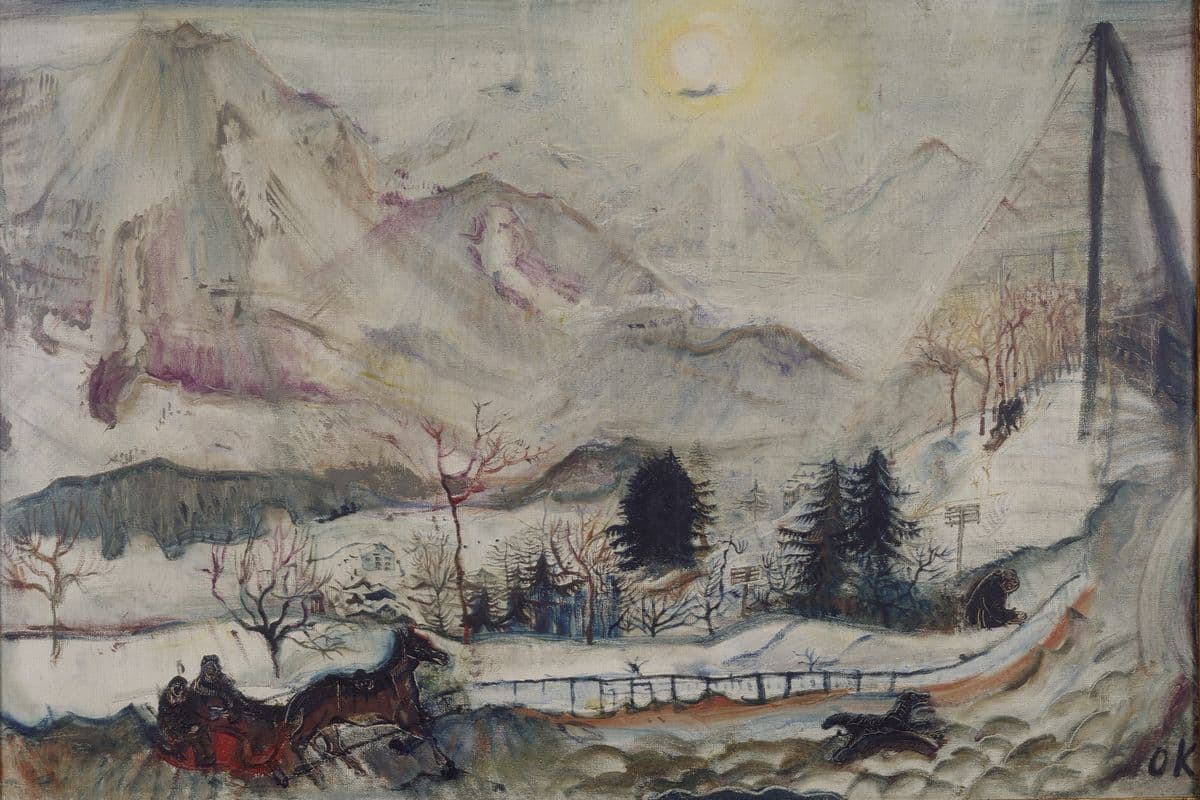 The upcoming exhibition at the Kunsthaus Zurich will be the first grand retrospective of artist Oskar Kokoschka in Switzerland in over three decades. 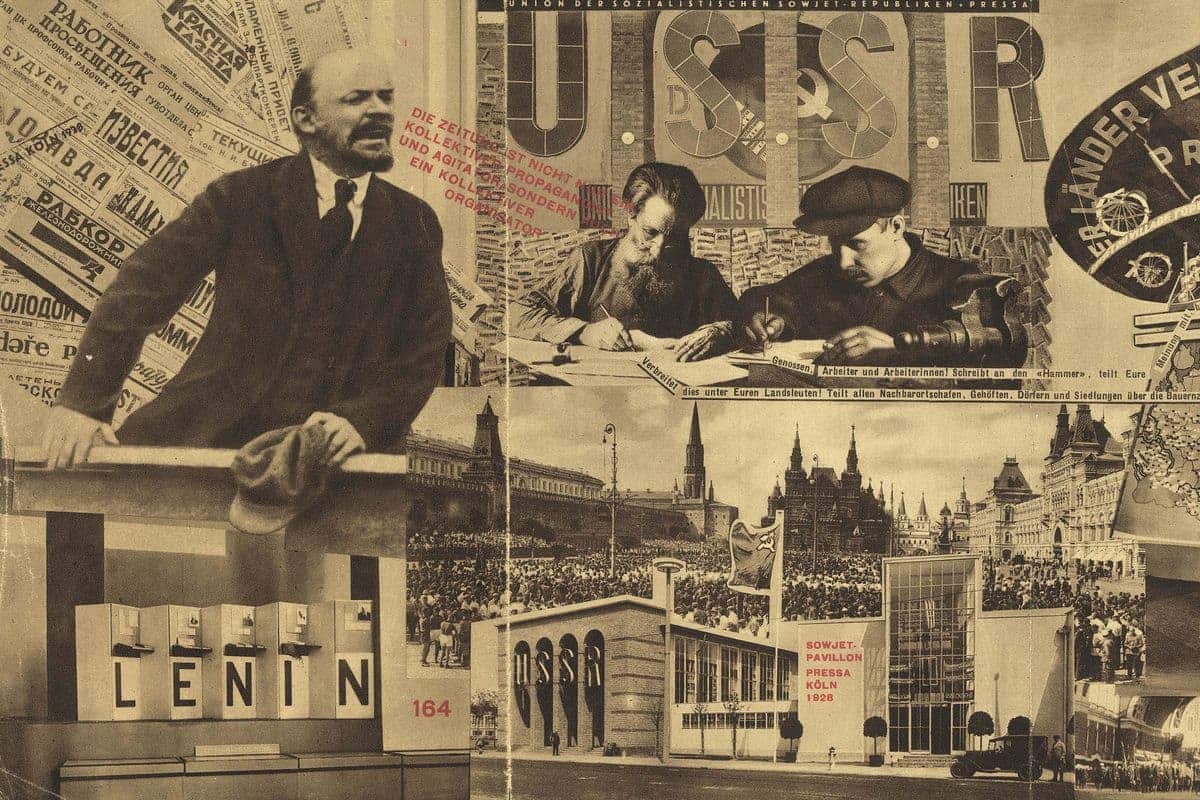 Honoring the October Revolution centenary, Tate Modern is hosting a comprehensive show that will offer a visual history of Russia and the Soviet Union.