If an illegal street artwork is defaced, is it really vandalism? This is the burning question at the moment between all the local residents of Cheltenham, and wider, since the famously controversial Spy Booth executed in April by none other than Banksy, has been severely sprayed over. Considering the fact Banksy performs as an illicit graffiti artist, his work is essentially graffiti, and therefore seen as vandalism by some, but taking his global fame and influence into consideration, as well as his tremendous success at auctions, the perspective shifts. Banksy’s street art is therefore no longer perceived as mere graffiti, but as an artist’s “gift” to local community, an embellishment, a valuable artistic asset. Both claims being subject to discussion, let’s return to the issue of the infamous Spy Booth.

Spy Booth and the Secretive Business

Earlier this year, a novel street art piece appeared, depicting three old-school snoops, clad in iconic trench coats, using ancient listening gear around a regular phone booth in the neighborhood of Cheltenham. The work was instantly named Spy Booth, and attributed to the most famous visual critic of the government, Banksy. The fact it appealed to the locals so much is not that it came from the great street master himself, which he later confirmed on his own website even, but that the piece is situated very close to the Government Communication Headquarters, the alleged seat of spydome of modern UK, and that it emerged after the Edward Snowden scandal who blew whistle on the GCHQ, the National Security agency and the numerous global surveillance programs. Intended to make more of a political fuss, Spy Booth ended up being a key player in an art ownership - street art removal row.

Who Owns the Spies?

Years before, defacing somebody’s tag meant utter disrespect. It was a personal act and practically, a proclamation of a graffiti war. It was nothing more, nothing less, and especially not an issue with the local governing body or residents, who used to be unanimous when it came to complete and definite removal of these street works - they preferred it.
However, due to the Banksy craze, the fact is removing his wall paintings has sadly become more common than not, where everybody wants a piece of that high-priced auction cake - from Sincura Group organizing the Stealing Banksy show, to the Bristol Youth Club selling their Mobile Lovers (with a blessing from Banksy, but still). Having realized that a certain company wishes to take away a Banksy from them, Cheltenham residents rebelled. Q Scaffolding finally gave up the project, scheduled for early July, because a wealthy and altruistic Hekmat Kaveh agreed to purchase the entire building and save the work from removal. This was not enough, though, as the piece appears to be ruined.

The latest defacing incident was not the first, with one happening in April, almost immediately after the piece was in place. Local blokes gathered round to wash off the white paint covering faces of spies, and succeeded, while people from the district joined in raising funds for preservation of Spy Booth, making it their heritage. Their plans were spoiled last week, when somebody first scratched one of the spies’ faces, and then sprayed over the whole thing with a silvery paint, leaving Cheltenham folk outraged. The piece is supposedly protected with some anti-graffiti (!!!) chemicals, so the newest smears should come off.

This is apparently not the only episode involving discussions regarding street art removal and vandalism, while an essentially illegal piece is in focus as something precious. Another issue is that one of the true nature of street art and whether it should be preserved and durable at all. Returning to the initial point in question, of whether defacing graffiti is actually an act of vandalism, it’s hard to judge in this case. Because - Banksy. 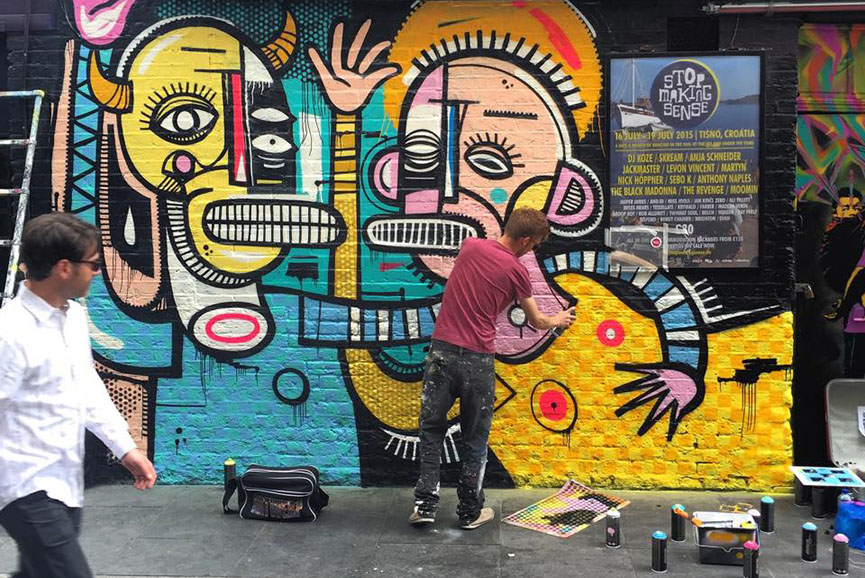 The second Underground Graffiti Show to take place soon at a secret location in London, gathering thirteen renowned urban artists from around the world. 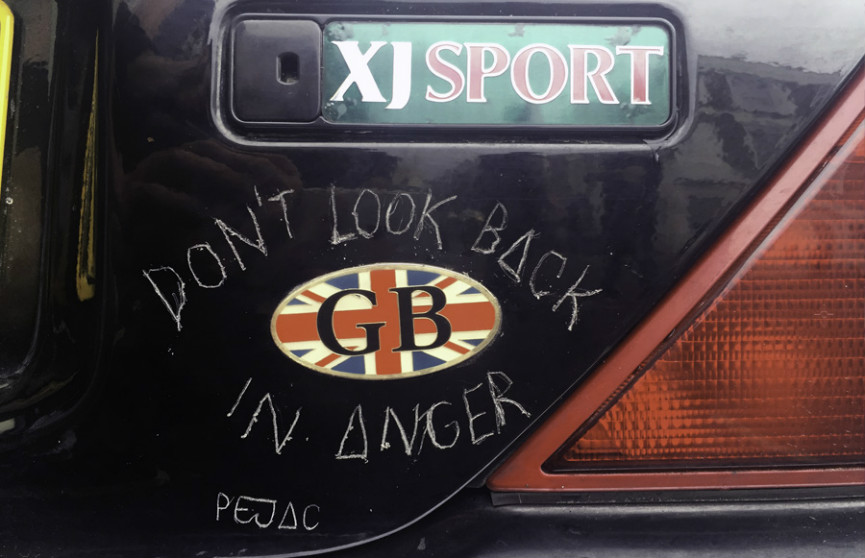 For the first time, Pejac London project is showing an entirely new series of works entitled the Law of The Weakest 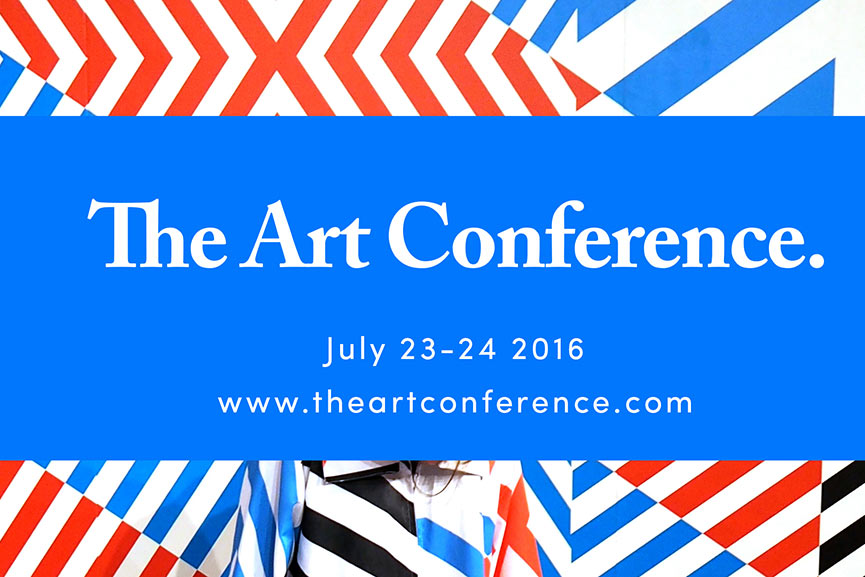 Beginning in July, the fusion of science, art, and public spaces is reflected in the rich programme of The Art Conference, an event not to be missed