Bomb It - The Global Graffiti Documentary

Why do we love graffiti? There are so many deeply intimate answers that will illustrate just the portion of the whole truth. If examined closely it almost comes down to one simple notion and it may sound banal but – graffiti are a specific kind of modern symbol known as a tag, but very powerful and potent tag. Potent in terms of perceiving the street art as a tool for battling the discontent and frustration, the outer as well as the inner one. It is a device for saying NO to all that is given to us that we didn't bargain for. It is the big middle finger to the devouring, raping, all-seeing eye of consumerism. It is random few-letter phrase that shouts "I'm here and I don't like what I’m seeing". It is where art meets the conventions, where the private reaches the public, and where the law collides with freedom. It is a live entity and a never-ending battlefront. The timeline and highlights of this urban warfare history can be seen in the epic documentary from 2007, made by Jon Reiss called “Bomb It”.

Step inside the Train

It all started as a finger rose asking for a clarification. It grew into identity formation and later evolved into a weapon for revolution. A series of miniature blitzkriegs that disrupted the notion of prosperous and stable modern society once encapsulated under the American flag. Many expressed their displeasure with the current state of things and they only asked for what was promised to them - a voice, a presence, relevance. It all began somewhere around 1970’s in the New York City as it took the crown of the capital of the graffiti from the Philadephia. Names like Cornbread and Taki 183 started to become familiar phrases that meant more than just a simple signature. They were followed by notorious KAVS, PINK and Terrible T Kid 170. As these graffiti writers started to invade trains and subway tunnels, perception of the graffiti started to take on different meanings exploiting its own complex nature. As POSE TWO said: “It's like taking your own name, your identity and exaggerate it.” Tracy 168, referred to as the king of the Wild Style Crew, summed it up in a similar vivid manner: “You don't want to lose the basis of the letter, but you want to lose the letter.” But soon came the first response from the local government, as they cleaned every piece of the graffiti from the trains in 1989.

Ever since the 1970's the politicians and the law-makers never really figured out the healthy way to deal with the kids doing graffiti they decided to criminalize it. The argument for this action was that, even though graffiti didn’t cause the crime, they did give the impression that no one is in control of the system. For the state representatives writing on the walls was a gateway activity for the children to commit even bigger crimes. Besides the fines for  the violation, at some point certain state officials even asked for chopping-off  thumbs of the individual if proven to be a part of graffiti writing. Never mind the terrorizing ads that overstimulate you with desire to spend money you don't have for something you don’t need. So it became a prohibited venture with serious repercussions, one that destroys the decency and the quality of life. The question that follows is, where is that quality of life taking place? Not in the sewers in Brazil where homeless people struggle with poverty or in the suburbs of any European capital.

Cannibalism and the Cultural Copies

As every other known revolution that took place in history, this one has spread over the globe in likewise manner, similar to a strong earthquake. France, United Kingdom, Germany, Japan, Spain, Holland and Brazil were just some of the countries where similar instrument has been implemented in the social context. Blek Le Rat was one of the France's graffiti pioneers and his trademark piece is strongly connected to his nickname. His proclamation of freedom came in a form of stencil of the black rat wondering the streets of Paris, as the only truly free inhabitant of the city. Banksy in the UK, Os Gemeos in Brazil, Shepard Fairey in the US, and many more of the urban representatives invaded their capitals with desire to raise awareness and break the silence. All of them had one common desire, which is to create art and battle bigotry as they point to the common enemy, the capitalism itself. Through incorporation of major international brands into their work, an eat-it-all-then-spit-it-out-approach, these artists cannibalized them, reinterpreting them by stripping them of with their original meaning.

Point of the Democracy

Like every war this one also has its casualties its own battlefronts, all of them depicted in this documentary. Those battlefronts are public spaces and the meanings conveyed in them, whether it is a beautiful mural, a call to action message, or simply a blank wall of the ruined building. If you can't see the sun from the gruesome building, you can at least enjoy the artwork portrayed on it. So, at the end, what’s the point of democracy if individuals can’t disseminate their messages by using public space? Some would say, if they don't let you, you bomb it.

Stand alongside Widewalls in 2015 as we bring the culture of street art to a new level! 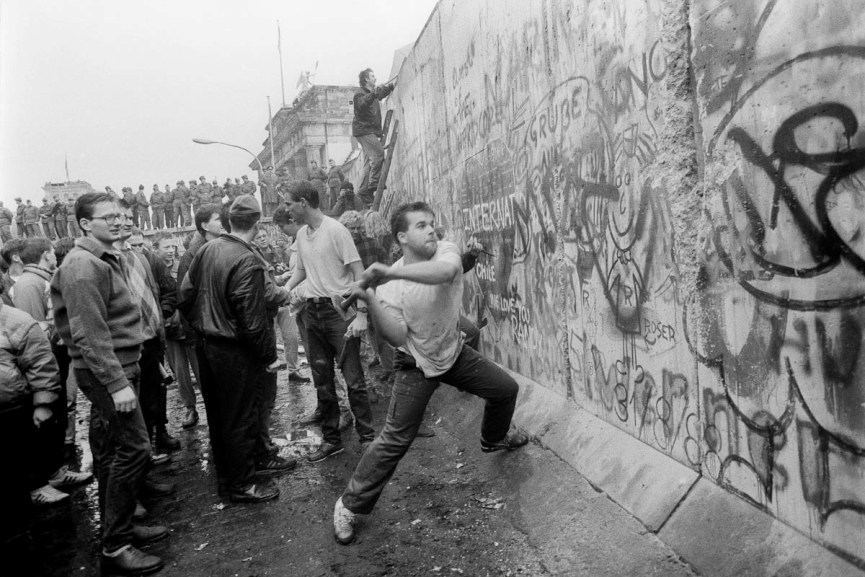