God Save the Clown! The Masquerade of Boris Johnson, Brexit, and the Arts

The revolution will not be televised, but the circus is on every channel. Headlining the British airwaves lately has been none other than the newly elected Prime Minister himself, Alexander Boris de Pfeffel Johnson (descended from German quasi-nobility no less!). Watching from home sits the whole of Britain (soon to be the hole of Britain?), including countless anxious members of the art field—dealers, collectors, advisors, auctioneers, academics...oh, and of course artists (do not forget the artists!).

All of us seem to be wondering what a “Do Or Die Brexit” will mean for the arts. So far, the Boris Johnson Show has been a spectacular hit. We loved the scene where B.J. laid out his six-point plan to save British arts! (Number four: “We are going to convene a summit with Damien Hirst and the rest of the gang at which they are going to explain to the nation what it all means.”) And the one where we found out Mama Boris, Charlotte Johnson Wahl, is an artist herself! (She “is considered an artistic genius by some” according to the organizer of her latest exhibition—we can believe her, right?) Top ratings also went to the bit where Nicky Morgan, the new minister of Culture for the Boris regime, said British pupils are being held back by studying the arts. And of course, the one where we learned the father of Allegra—the former wife of the Prime Minister, not the allergy medicine—is a specialist at Christie’s auction house.

Are we not entertained? But as The Greatest Boris on Earth holds our attention with his fascinating art world connections and seemingly never-ending feats of derring-doo-doo, we must remember there is also a sideshow going on. Boris may be the first clown to ever simultaneously serve as ringmaster, but he is not the owner of this circus. He is just an ordinary shill, luring the audience in and keeping us enraptured while the true swindlers steal the show.

Try to remember, if you can, way back when Theresa May took over as leader of the Conservative Party in 2016. She (and perhaps all of us) knew she was on a collision course with failure. Nonetheless, being a respectable person, she admirably attempted to carry out what was ultimately an impossible task: to negotiate an equitable and fair Brexit. In the minds of her surviving party members, her noble attempt—an Albion seppuku of sorts—was small solace. They sacrificed a good warrior to an errand better suited for a fool.

To those of you who still think the Conservatives elected Boris Johnson out of sincerity, this is your wake up call. Big Bad Boris is a patsy—proof that even Conservatives can learn. Hilarious commentaries aside (such as the recent item by Hannah Jane Parkinson in the Guardian marveling at how astonishing it is that a proven liar and cheater could be elected PM), is it not obvious that a fool is the proper choice when someone is needed to fall on their sword?

If Boris fails to strike a good Brexit deal with Brussels and the country crashes out, he can be summarily shamed and sacked—no loss, and a bit of good fun to boot! And if he actually does strike a good deal, the conservative MPs who installed him look like some Charlotte Johnson Wahl-level geniuses! The press (including the art press) meanwhile rakes it in either way, giving the play by play of the spectacle de merde. (For some rare useful reportage on the topic, check out this recent rundown by Naomi Rea and Javier Pes on artnet news, explaining in concrete terms some of what the art field can expect with a hard Brexit.)

All this chatter aside, however, can we not talk about the obvious? Boris Johnson is not just a clown—he is a clown with connections to some of the most wealthy, powerful people on the planet. He is likely being fed a script right now by power brokers on both sides of the negotiation. He will do what they tell him to do, and in the end everything will be fine, at least for the rich.

The moment I knew everything was going to be okay with Brexit was when I read that Boris Johnson announced a plan to create freeports in Northern Ireland post-Brexit. The press has widely reported that the European Union is looking to end the European freeport system, which officials say is widely used by billionaire art and antiquity collectors to launder money and evade taxes.

How convenient that Boris Johnson allegedly has a love child with Helen Macintyre, an art advisor to Qatari businessmen. How interesting that Boris has documented ties to Russian oligarchs like Evgeny Lebedev, who owns the Evening Standard of London newspaper, and Alexander Temerko, who Reuters reports “has gifted over £1 million to the Conservatives over the past eight years.” Is it funny that Johnson was also investigated as part of the Trump-collusion scandal? Or that it was largely Johnson himself who, in his role as a Brussels correspondent for the Telegraph and editor for The Spectator—two publications generally supportive of the conservatives that happen to be owned by the British billionaires David and Frederick Barclay—as the Washington Post says, “stoked the Euroskepticism” that led to Brexit?

What a surprise. Boris Johnson is deep in the pockets of European, Middle Eastern, Asian and North American elites. Rest assured, they installed him in power. What incentive has he got to ignore their advice? What any of this mean for the arts is whatever the elites want it to mean for the arts. That is how it has always been, is it not? The major art dealers, collectors, advisors, and auction houses who exist at the top of the art field pyramid are not worried about what will happen post-Brexit. Their golden parachutes are ready regardless. The only ones actually worried are those without a seat at the art table—the educators, curators, non-profits and others who survive off of the scraps doled out to the non-commercial arts sector.

Then of course, there are the artists themselves—the millions of artists in Britain and beyond who do it for the love and compulsion, whether they get paid or not. Those are the voices that truly affect the roll-out of human culture. They have always been the ones with the power to tell the stories that matter. Instead of worrying about what Boris and Brexit are going to do to the arts, Boris and his (literal) gang should worry about what the arts are going to do to them. 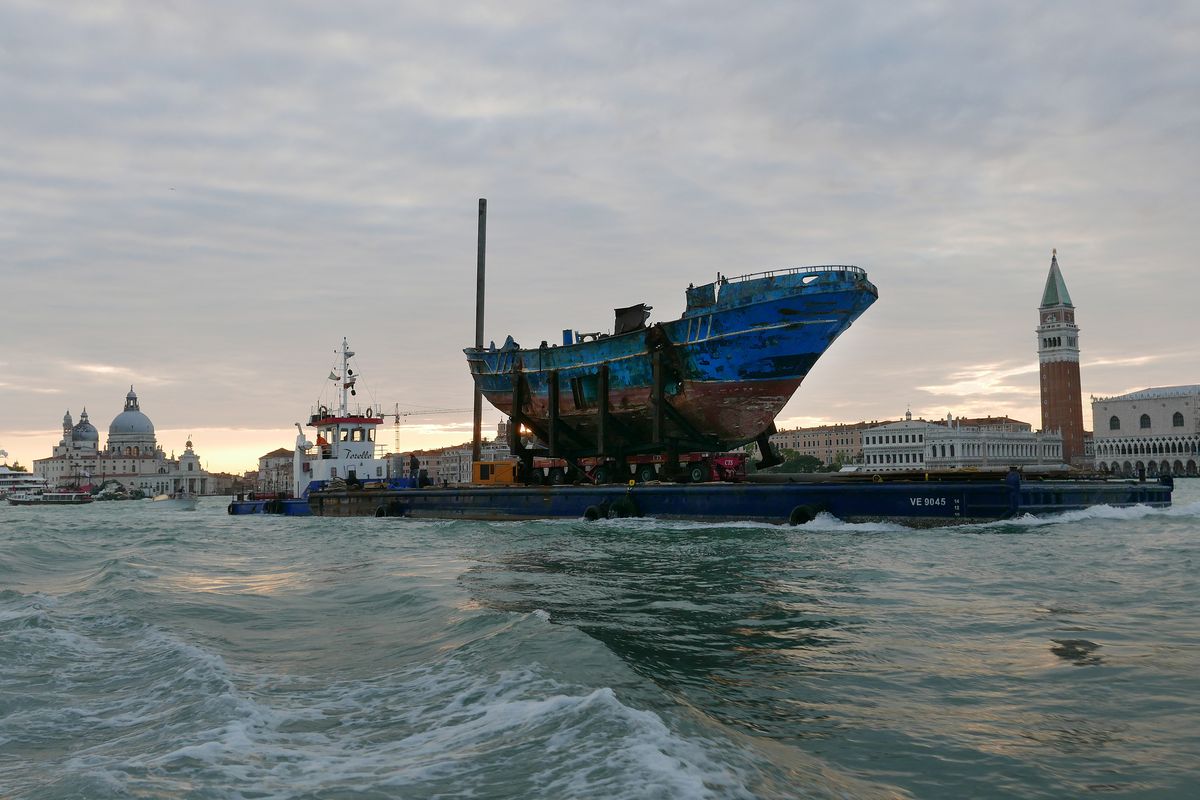 Created in diverse media, migrant art is a response to the plights of migrants all over the world. Here are the most notable examples. 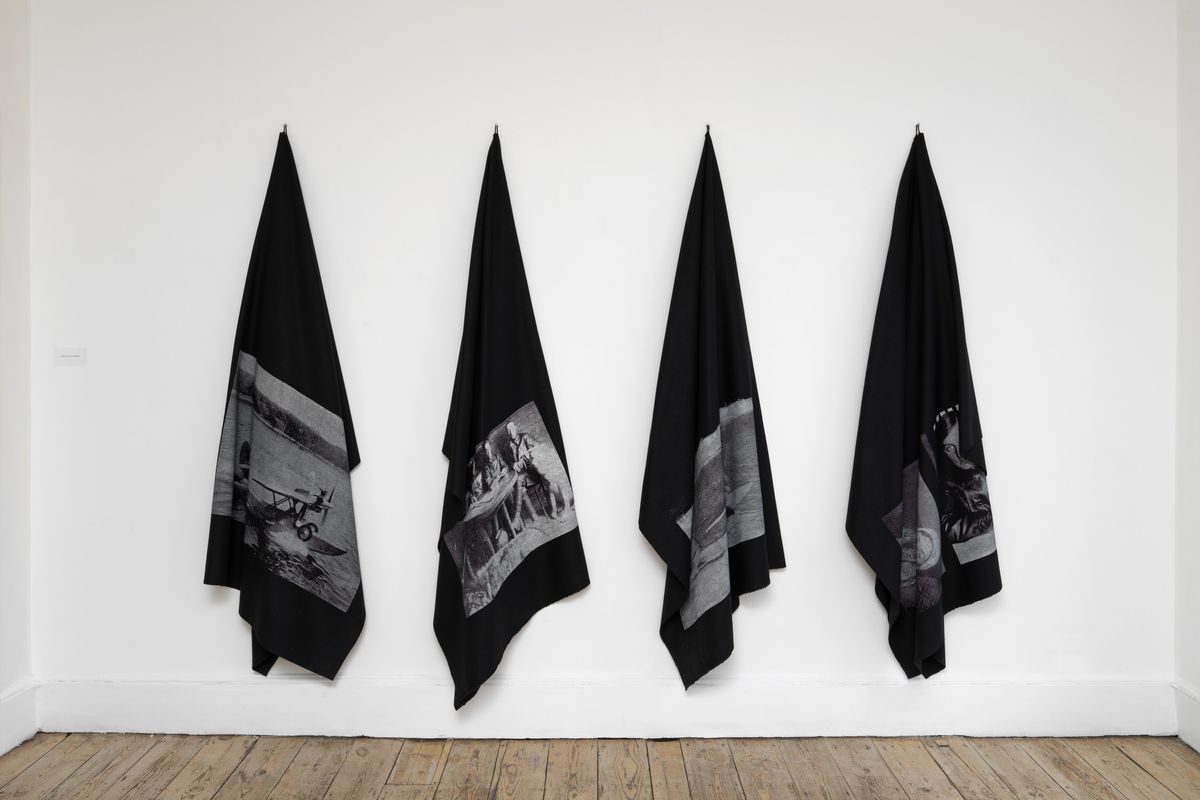 How Are Contemporary Artists Treating Brexit Amid the Stall in the Talks?
Exhibition Announcements   |   Elena Martinique

Organized by Patrick Heide Contemporary Art and Bartha Contemporary, the exhibition Should I Stay or Should I Go? explores the issues resulting from Brexit. 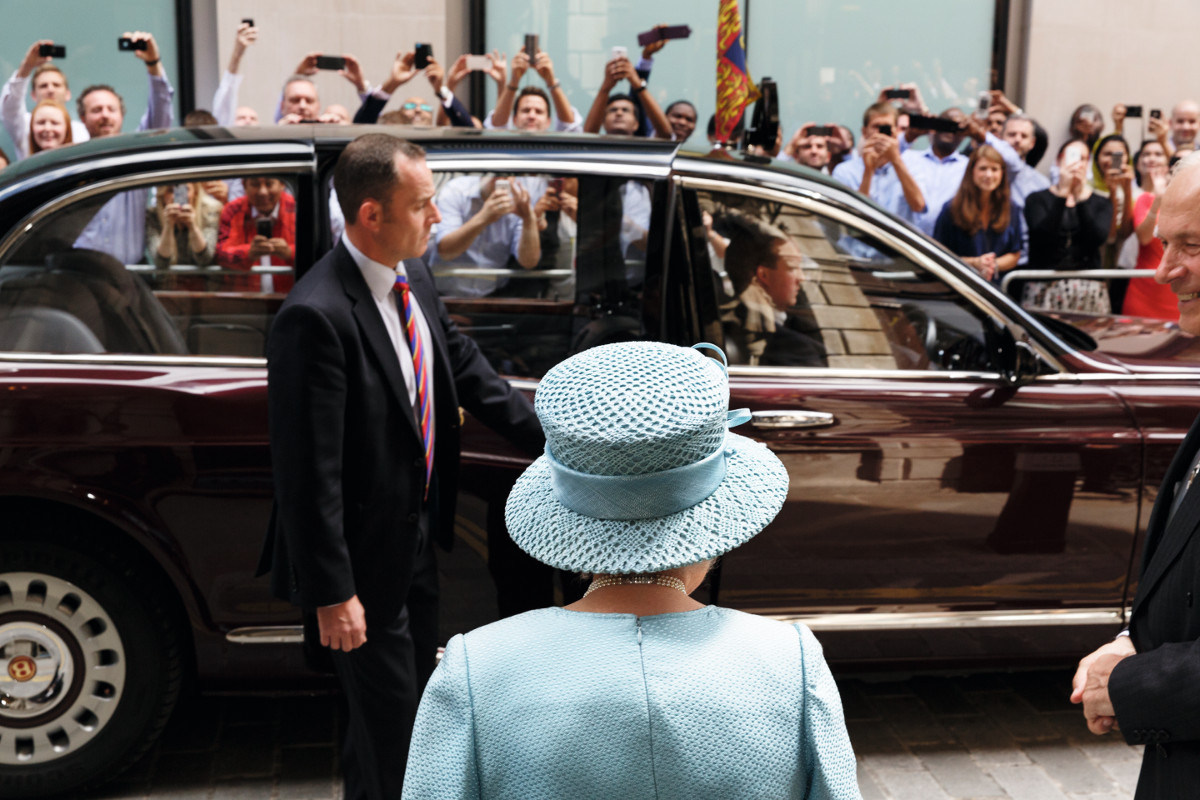 The National Portrait Gallery in London is staging an exhibition of Martin Parr's previously unseen works, including his take on Brexit Britain.