For the last few years, the contemporary textile art scene has been getting richer for the work of young British artist Henry Hussey. His work is deeply personal and, usually, it is the art driven by the emotion of anger, or fear, or power and control, or it is sometimes based on the term of memories. Some of the Hussey’s latest textile art pieces will be displayed in the upcoming solo show presented by Coates & Scarry, which will be held at Gallery 8 in London. The exhibition with live performance will feature the series named Reliquaries, which holds two other bodies of work within - The Last Breath and the Locking Horns.

The artist’s personal experiences and thoughts about death and memory fragments had a huge impact on the making of the Reliquaries. Besides that, this piece was also inspired by the growing political awareness and the idea of a divided England. As Hussey defines it himself, the making of such artwork was cathartic, because in a specific way everything is connected with his complex family relations. The artwork Locking Horns dives even further into the artist’s personal life. The background of this artwork lies in the fact that Hussey found out that his father had two families, and not a single member of each one of them was aware of the existence of the other ones. The anger was Henry’s first reaction to that acknowledgment and it directly impacted the creation of the Locking Horns. The sense of that anger has been present in Hanry’s art ever since.

To create a performance and inspire some new works, Henry Hussey was collaborating with actress Maxine Peak. 'The pathos she can convey is incredible', says Hussey about Peak. 'Working with her inspired me to develop new areas of inspiration. The growing political comment in some of the works arose directly from our partnership', explains the artist. The live show for the piece The Last Breath is actually acted out by Maxine Peake. The sessions with her, as Hussey stated himself, allowed him to capture a true face and body mimic as a reaction to specific emotions through sketches, photographs, and sound. Hussey is mixing traditional techniques with contemporary textile art, by using various materials as expressive tools. Those materials play an important role in the Reliquaries series, too. Henry uses them to bring up the allusion to Victorian mourning clothes, jewelry, and home interiors and to present it all in a way of reminiscence.

By using a written text on textile in the type of diary entries as a form of expression, Henry Hussey is contributing to the contemporary textile art with the uniqueness of the approach he is bringing in. His solo show Reliquaries will open at London’s Gallery 8 on July 12, and it will be on view until July 30, 2016. Besides the already mentioned art pieces, the upcoming exhibition will also include artworks like Eclipse and Betrayal. These are extremely intimate and strongly emotional, and they were made by using watercolors and imagery to depict the senses of power, control, and usurpation. One way or another, by presenting this exhibition, the Coates & Scarry gallery is making a unique opportunity to experience the great contemporary textile art in person.

Featured image: Henry Hussey - Not Yet Titled (detail)
All images are courtesy of Coates & Scarry and Gallery 8 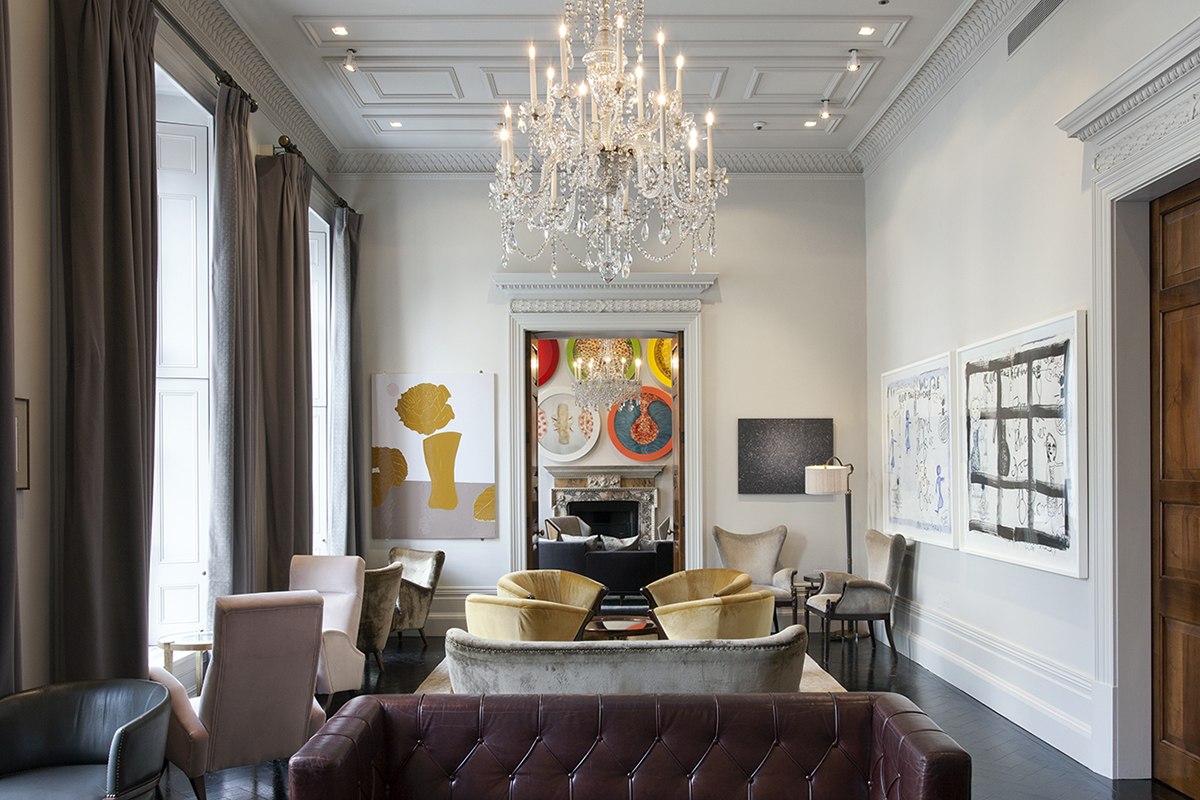 Eye of the Collector CEO and Founder Nazy Vassegh on what makes her brand new art fair stand out and why it is well worth a visit this September.