Damien Hirst is undoubtedly one of the most famous contemporary artists. Opinions about his works varies and critique and praise lie very close when discussing the Bristol born artists. However, Damien Hirst is an artists that always develops, evolves and changes his artistic practice. His latest exhibition at the Sao Paulo branch of White Cube gallery entitled Black Scalpel Cityscapes is another proof of Hirst’s versatility. The artist describes the new series of paintings as “portraits of living cities”.

Black Scalpel Cityscapes are made up of vast numbers of surgical instruments that combine to create bird’s-eye views of urbanized areas from around the world. With the series, Hirst investigates subjects pertaining to the sometimes-disquieting realities of modern life – surveillance, urbanization, globalization and the virtual nature of conflict – as well as elements relating to the universal human condition, such as our inability to arrest physical decay.

In the paintings, manmade features and natural elements such as buildings, rivers and roads are depicted in scalpels as well as razor blades, hooks, iron filings and safety-pins, all set against black backgrounds. For this exhibition, Hirst selected 17 cities, which are either sites of recent conflict, cities relating to the artist's own life, or centres of economic, political or religious significance. The selection includes, amongst others, Washington, DC; Paris; Rome and the Vatican City; Leeds (where the artist grew up); Beijing; Moscow; New York; and London. Each city’s particular history is written into its geographical spread, showing how it has incrementally grown and developed over the years. The paintings bear witness to Hirst’s trademark technique of patterning, systematic repetition and grids, as used in earlier series including the ‘Spot Paintings’, ‘Color Charts’, ‘Entomology Cabinets’ and the ‘Kaleidoscope Paintings’. This methodology is essentially an exercise in applying order to chaos, whilst acknowledging that order or control are often concepts that remain impossibly remote in life.

The ‘Black Scalpel Cityscapes’ make reference to the military procedure of ‘surgical bombing’ or ‘surgical strikes’, commonly used in modern warfare, which aims to limit collateral damage by targeting precise areas for destruction. The suggestion of a remote, digital conflict inevitably reduces the tragic and devastating realities of war. In a similarly misleading manner, the perspective of an aerial map minimises the life beneath it to a series of detached systems and patterns of collective existence; recalling the imagery used in the films Powers of Ten (1968, 1977) by Charles and Ray Eames, as well as the compressed, slow motion, time-lapse footage of US towns in Godfrey Reggio’s cult film Koyaanisqatsi (1982) – touchstones in the modern conception of urban living. Hirst’s paintings, therefore, make inevitable allusions to the all-seeing eye, that of surveillance tools such as Google Earth, now used by approximately half a billion people and whose roots are traceable to a 3D mapping application used by US military during the Iraq War.

The exhibition Black Scalpel Cityscapes opens at White Cube Sao Paulo on Tuesday, November 11th and will run through January 31st 2015. Complementary to the exhibition the gallery will distribute a fully illustrated catalog with descriptive text by Professor Jerry Brotton.

Never miss another Damien Hirst exhibition, auction or event. Just sign up to My Widewalls and customize your news to Damien Hirst. 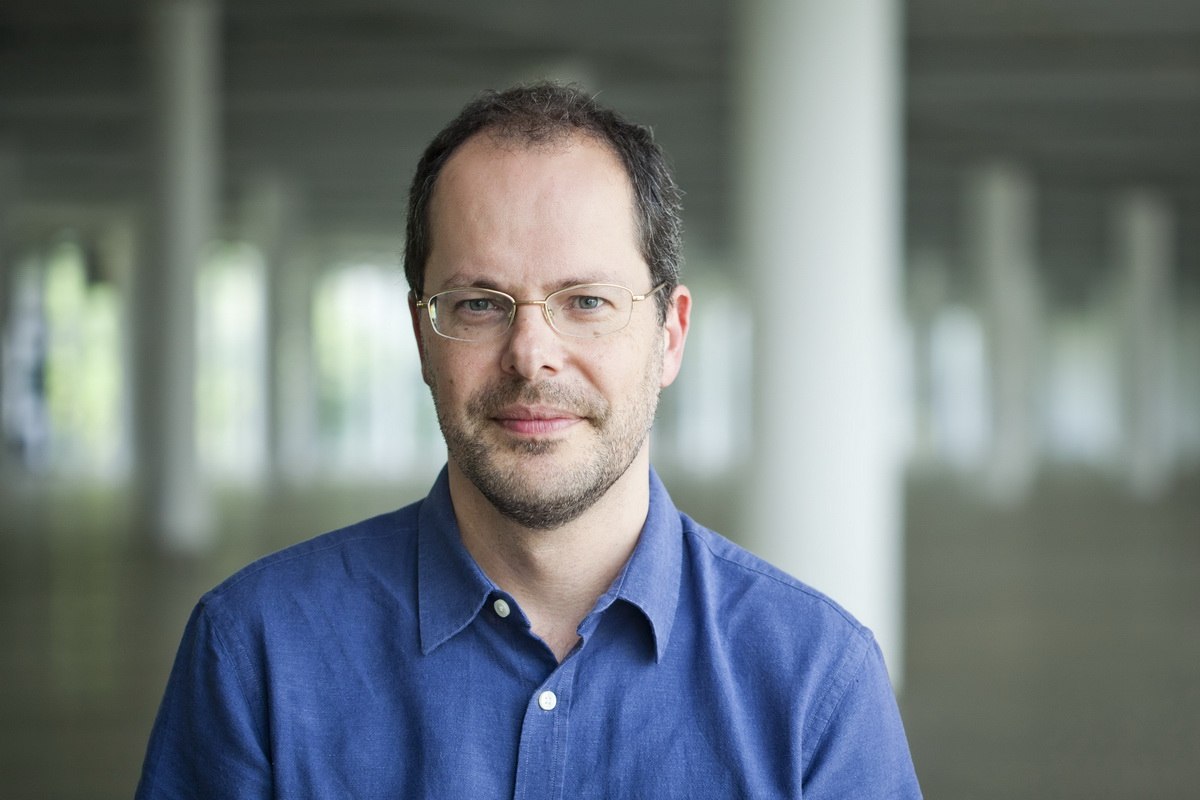 The selected curator of the 33rd Bienal de Sao Paulo Gabriel Perez-Barreiro talks about the concept of this manifestation and his curatorial agenda. 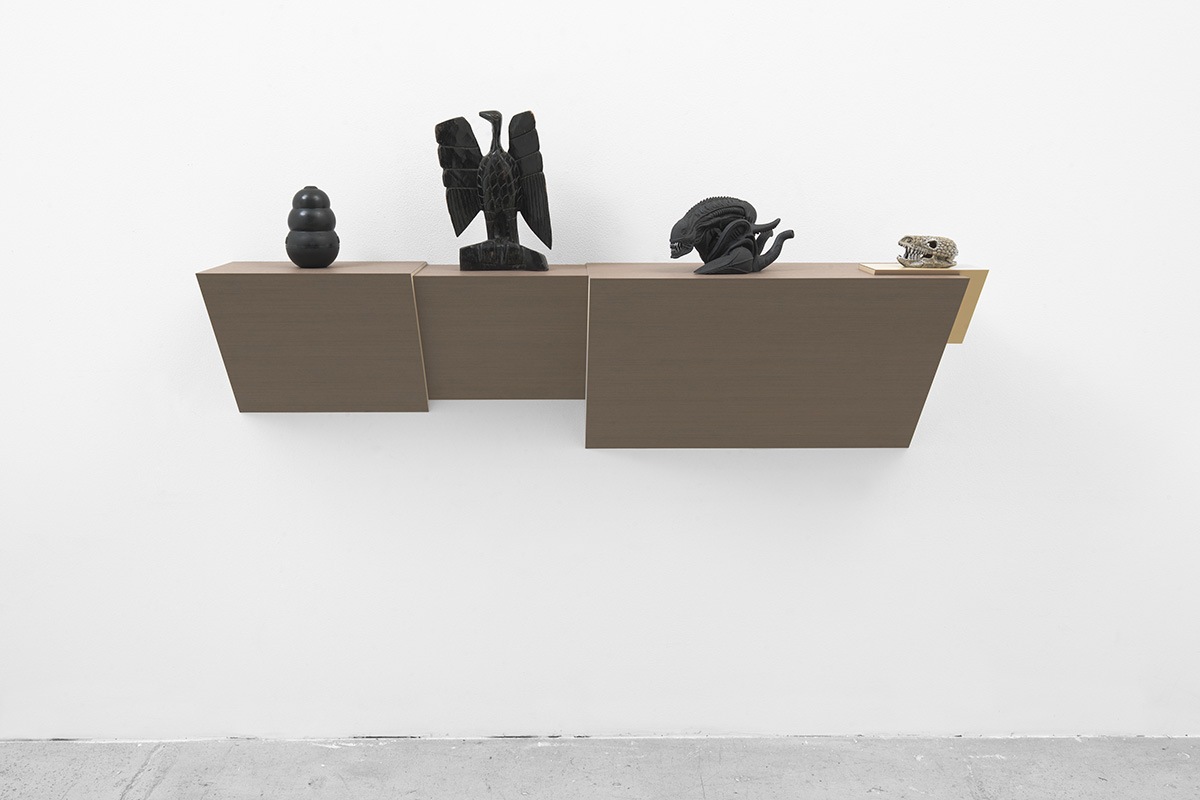 The renowned White Cube gallery has just released an exhibition titled Memory Palace at two of their franchises located in different parts of London. 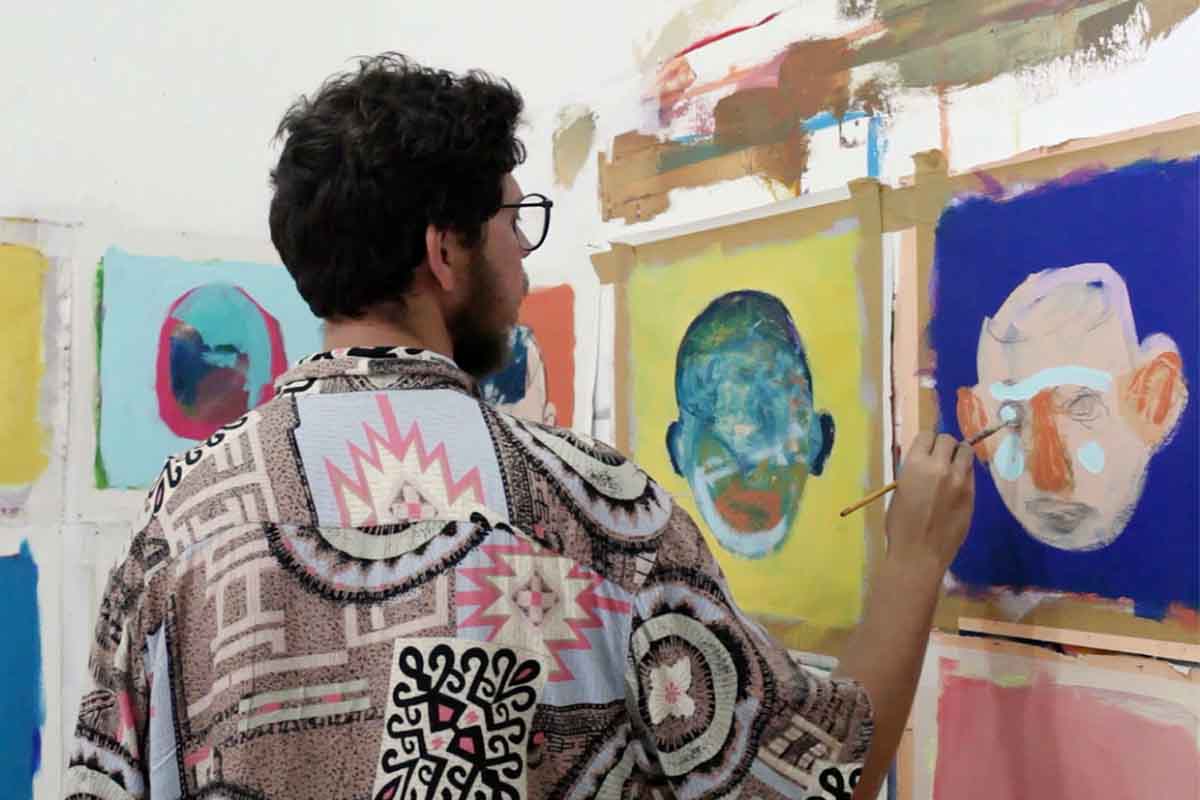 The Brazillian artist Rodrigo Branco has taken the time to answer our questions about his works and visions. Read it all here in the Rodrigo Branco interview.