The Problem of Defining Postmodern Architecture

Recently we discussed the issue of brutalist architecture and its role in the urban milieu of today’s world, referring to it as a silent crossover between modernism and postmodernism. Today, we’re going to talk about that latter, less comprehensible type of architectural design which we call postmodern architecture. While modernism is quite clear, at least in visual terms, its successor is one of the weirdest and least lucid styles to have emerged in the 20th century. Since it comes as a reaction to modernism and its obsession with pure, purposeful form, postmodernism in architecture presents itself as an antagonist, a bandit that breaks all the rules and deliberately calls for anarchy. It was the 1960s and the ornament was back on its pedestal, shinier and more unnecessary than ever.

Postmodern Architecture as a Post-Movement

Just like any post-movement aims to challenge or to respond to an ongoing trend, postmodern architecture aims to do so with modernism. This endeavor is often misinterpreted as a reckless, stubborn form of negation and opposition, while in reality it is merely a "healthy" attempt to revisit the dogma held so dearly by the modernists. At first glance, you'd say that all the things that would have been irritating to modern architects were eagerly embraced by postmodernists. When it comes to the bare aesthetics, it really does seem so, but in an ideological sense which relies on the idea of universality and human needs, postmodern architecture might not be so far from modernism after all. However, in order to understand thoroughly what all of this means, we need to briefly remind ourselves of modern architecture and how modernity became characteristic for one period of our history, rather than a word typical for this day and age.

Why Modern Architecture Was "Replaced"

Modern architecture was mostly based on a principle first determined by the American architect Louis Sullivan - form follows function. Sullivan was an architect known as one of the greatest Art Nouveau protagonists, the "father" of skyscrapers and Frank Lloyd Wright's mentor, but he himself was not known for a typically modernist design. As it usually happens, his statement was adopted and translated by his successors, interpreted as a perfectly clear and applicable convention, used as a foundation for everything modernism became later on. Form did follow function indeed, but in a manner which was dismissive of everything else, meaning that the modernist building was purged of all the redundant elements, ornamentation, decoration, and even very restrictive when it comes to materials and their treatment. However, despite all the recognition it gained during the first half of the 20th century, what was once acknowledged as an attempt to achieve a universal architectural language became an exhausting sea of sameness, which threatened to slowly lead to a total loss of individuality, and this time not in a good way. In the time of early modernism, the out-of-context design was considered to be a way of showing regard to equality and a step toward "truthfulness". In the 1960's, it was seen as a reductive approach that lacked consideration of human needs that do not come down to the most essential ones. Le Corbusier was praised for his "House is a machine for living" concept, but was later often challenged by a question - what if we don't really want to live in machines?

The Resurrection of the Ornament in Design

Repetition and rigidness became tiring, faster than any other architectural style, and modernism faced strong denunciation which eventually led to an emergence of a new architectural style. Postmodern architecture grew out of criticism, spontaneously and in different parts of the world, unified by a need to express contextual meaning once again, and to reinvent the aesthetics that is yet to come. Postmodernists denounced the formalism and the ever restrictive aesthetic approach brought by their predecessors, focusing on those features that modernist architecture so desperately lacked. This, of course, implied the return of the ornament and individual expression, as already outlined in the beginning, and that remains one of the most notable characteristics of postmodernist architecture. The ornament was extensively used in architectural design, in a very bold manner which has probably never been seen in such form. While some of the older historical movements, like baroque for example, used decoration simply for the sake of decorating, postmodern architecture deployed decoration as a way of saying "no" to purism and to the excessive need to simplify shapes.

Since some modernists deliberately turned to postmodernism in this period, such as Aldo Rossi and James Stirling (perhaps even Le Corbusier with his Ronchamp Chappel), it is pretty much clear that at some point modernism gradually transformed into mannerism, losing touch with its initial ideology. Once abstraction truly became a matter of style rather than ethics, modernism's strength became its ultimate weakness, and that is when postmodernism attacked. Due to this, postmodern architecture is often seen as witty, humorous and provocative, since its approach to design challenges modern architecture's conventions, often regarded as elitist and exclusive.

Consequently, the International Style, which was already found among the examples of modernist architecture, was detected once more in postmodern architecture. While the concept of similar aesthetics is quite logical when it comes to modernism, in postmodernism it was a bit of an unusual occurrence. It came as a surprise that most of the architects, coming from different parts of the world, shared a similar idea on what this anti-modern architecture should look like, given that most of them never really worked together (unlike modernists). What eventually happened was an accidental scheme for a new universal language, and thus discerning a postmodern building is usually quite easy. The "humorous" architecture will strike you with a recognizable appearance - referencing classical architecture here and there, adding a touch of playfulness, irony and trompe l'oeil when it comes to materials and shapes, with an irrational approach to design, but always for good cause. Postmodern architecture will have shown the world that living in a decorated building is pretty much the same as living in a modernist building, while its exterior will remain a stubborn incarnation of the architect's own expression. The ways in which to interpret the design are numerous, and this pluralism is typical for the entire 60's, 70's and 80's era, both in art and architecture.

A Hero of Postmodernism

Nonetheless, classifying a building as "postmodern" is not necessarily approved by the architects themselves. Given that there was no real movement or group that gathered these architects, and no manifesto either, you might as well come across architects who never considered themselves as postmodernists, and some even get offended when they get labeled as one. This could be due to the slightly unfavorable reception of postmodern architecture among the upper class, being that it is often given some unsolicited, faultfinding attributes, such as superficial, plagiaristic or even, simply, ugly. However, now that the time has passed and postmodernism has become a part of art history, we are close to realizing the importance and the immense value of the movement that helped the aesthetics move forward through a radical, yet obviously inevitable paradigm shift. It was quite obvious that postmodern architecture is not going to become a lasting trend, yet it was a crucial stepping stone that finally relieved us of the form-follows-function burden. And of course, now the world is left richer for a few eclectic historical buildings, most of which you've already found displayed in this article, and for having found that architecture has a capacity to be funny and ironic as well. More significantly, PoMo has shown us that not everything needs to be so darned serious, as modernism had suggested, despite the large scale and the physical gravity of an architectural project. Thanks to this, today's architecture is informed by even greater knowledge and a richer past, which gave rise to our incredibly abundant era of post postmodernism, one which we haven't found an adequate name for yet.

This book was written in 1977 by Charles Jencks, and it was the first to define Postmodernism in architecture - an event which led to its subsequent adoption in other fields. Perhaps no other book has had such importance in shaping opinions and practice, and this 6th edition brings the story up to date. The book virtuously combines theoretical treatment of the architectural language with a record of the pomo movement at 6 different stages in its history. In it, the reader will find the key buildings of Robert Venturi, Michael Graves, James Stirling, Hans Hollein, Aldo Rossi, Ed Jones, Charles Moore, Cesar Pelli, Arata Isozaki and many others who have influenced the course of this major architectural movement. 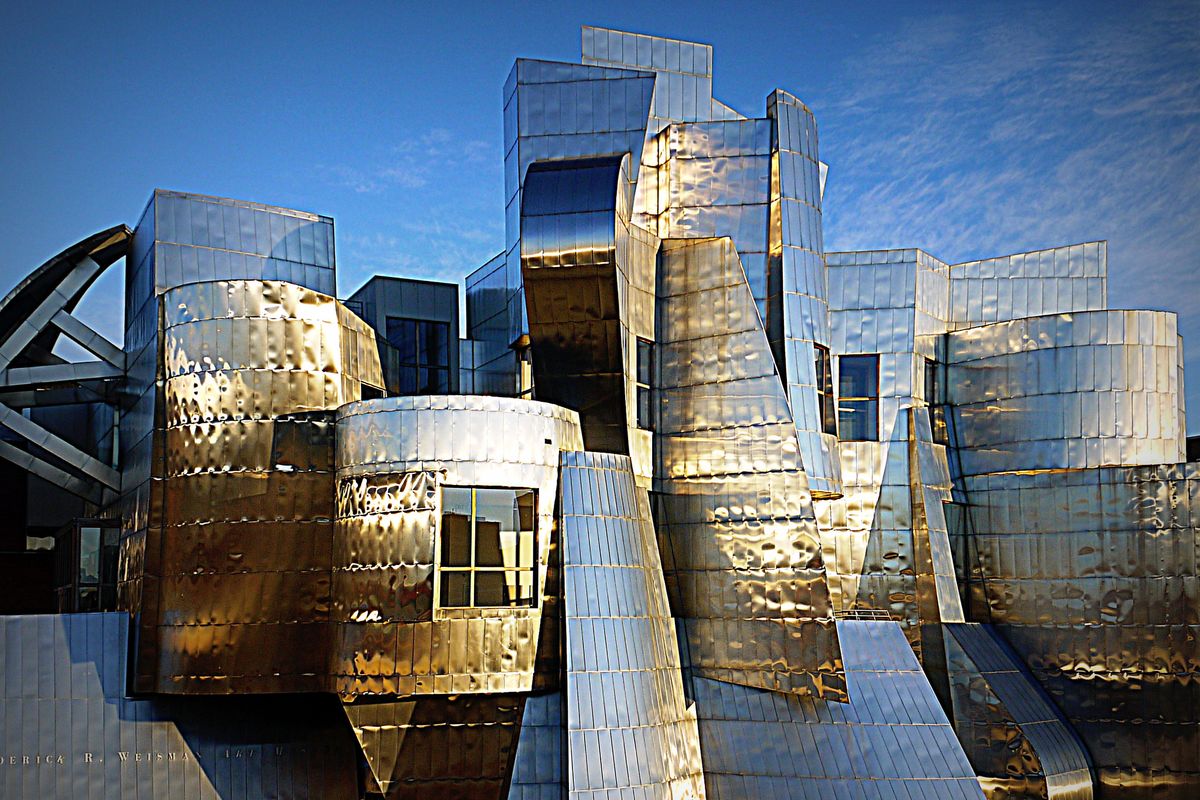 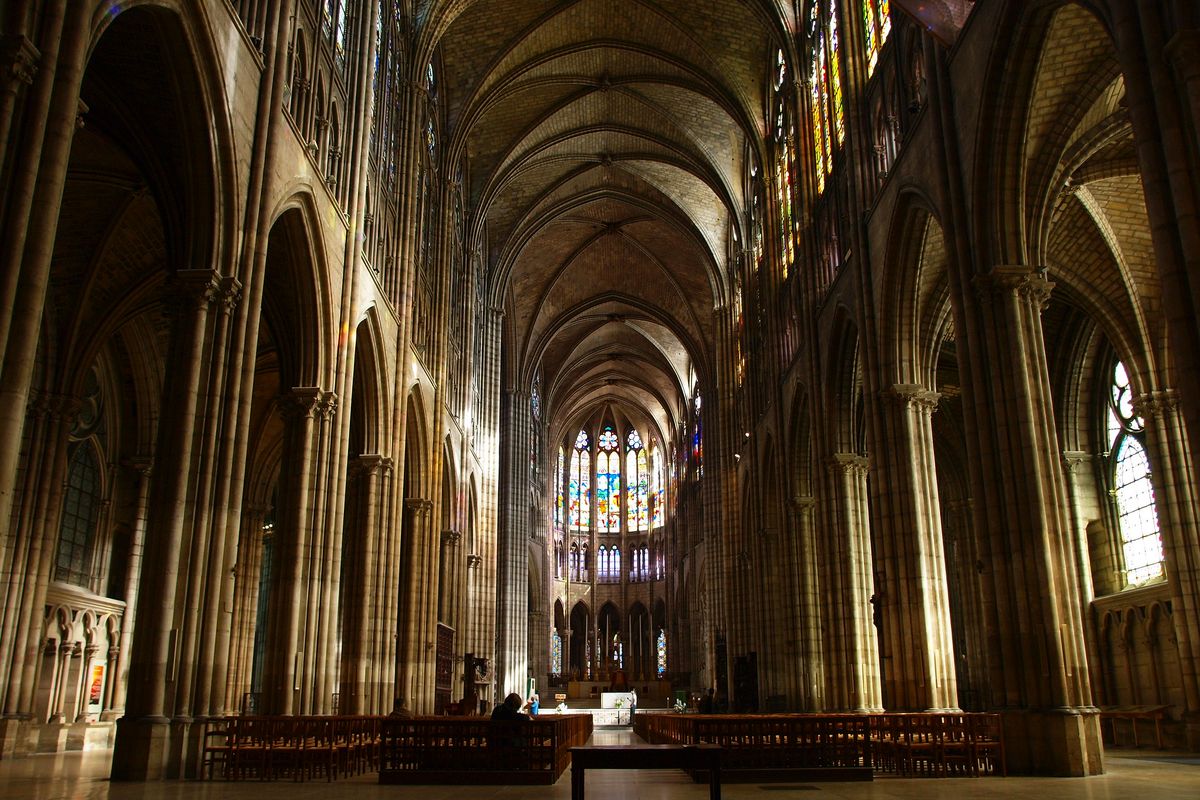 Growing out of the Romanesque architectural style, Gothic architecture adapted and adopted it to create buildings that reach for the heavens.