The Legitimacy of Ethnological Museums

The Tropenmuseum in Amsterdam and the Rijksmuseum Volkenkunde in Leiden, the Musée of Quai Branly in Paris, the British Museum in London, the Viennese Weltmuseum - these are just some of the many examples of places in which time apparently stood still for ages. Colonial cultural properties, or "displaced objects" in the technical terms, are mostly still there, untouched, despite the completion of the decolonization process and the change of mainstream conscience towards a postcolonialist view of the world. How? What are the justifications for this indefinite maintenance of the status quo?

This article, addressing the problem from a broad point of view, questions the legitimacy of ethnographic museums in the 21st century and tries to give some answers to the abovementioned questions. The attitude with which each museum chooses to give echo to these ethical problems today indicates its sensitivity and its importance in the global perspective and thus must not be underestimated.

Ethnological Museums - The Product of Colonialism

Between the end of the 15th century and the mid-20th century, many European nations were actively involved in colonialism, meaning that they impersonated the executioner and not the victim role. Under the funding of kings and queens, noble families and the newborn bourgeoisie who hoped to find the El Dorado or simply new ways to expand the market, a bunch of brave (or desperate) people traveled, explored and eventually discovered new parts of the world.

My purpose is of course not to be overcritical, but while I’m writing, I happened to hesitate on the term “discover” - a term with which we were taught about the “discovery” of America, to name one - and found how there already lays the presumption of arrogating the right to decide when the “year zero” of these parts of the world was. Something like: you can now begin to exist, because you entered in my sphere of knowledge. I from now on know you exist and my awareness lets you be.

But that was only the first step of hundreds of years of history and culture falling into the oblivion. It wasn’t the fortunate encounter between two different realities, but rather the red carpet descent of the European culture and standards on people who already had their customs, religions and values, which were unfortunately not considered as such.

It all was motivated, supported and legitimized by the then ongoing colonial discourse - a kind of zeitgeist of the epoch - that laid on the idea that those populations were uncivilized, at best, but also barbarians, primitive and thus needy of education and help. Binary oppositions were created and served to crystallize the west and the rest into rigid categorizations, to dehumanize the Other and underline a difference that was not understood as enrichment, but rather as a valid motive of delineating precise boundaries of super- and inferiority.

Whereas the colonial discourse shaped mentalities, social norms, habits and the idea of right and wrong, colonial law did the job on the legal side: solid compurgation had to be found, and terms like “occupation” of an ownerless territory were born as a valid title for acquiring ownership, similarly as with a res nullius (ownerless thing), a territorium nullius (ownerless land) could be occupied and ultimately owned. This happened to Africa, to name one.

We all know more or less what happened in the colonies thereafter: colonialism reawakens in us images of violence, mistreatment, forced labor, slavery. Natural and human resources were exploited, stolen, taken to Europe for a profitable and advantageous new life - at least for the conqueror. On the other hand however, art terms like “Exoticism”, “Primitivism” were coined.

There also was a fascination, a contemplation of the Other and its manufactures. They soon became a study field, an opportunity for wonder and inspiration, addressee of wowing and curiosity objects. It was not open hate, it was much more like the subtle compassion of the one who knows for sure he will never found himself on the other part of the fence. On the wave of these peculiar feelings, ethnographic expositions (also known as human zoos), were born: people were shown to the public because they were diverse and thought to belong to a natural, primitive state which was in the first world forgotten and outdated, but that reawakened reactions of marvel.

And then, as an antecedent of ethnographic museums, so-called cabinets of curiosities (also known in German loanwords as Kunstkammer) were founded: to the astonishment of aristocrats first and slowly to the rest of the population, in these rooms were collected, among other things such as natural rarities and scientific artifacts, the results of exotic arts and crafts. The criteria for evaluating a worthy colonial object were age, authenticity and originality, where the latter only was approved when the object was crafted for use and not for the purpose of being sold to the white man.

Surviving Postcolonialism and the Change of Perspectives

Most of the ethnographic museums we still know today were born in the second half of the 19th century into the early 20th and were conceived as temples of the European hegemony over the rest of the world, hence very well inserted in the colonial discourse mentioned earlier in the article. Yet we had postcolonialism, the dichotomous logics of the colonial discourse fell under the weight of critical thought, so that today nobody of us, rational and emotional human beings, can think of the past atrocities without turning the nose up at them or even feeling an archaic (but unjustified!) guilt. In this context began the examination of the institute of the ethnographic museum: was it still acceptable to look at the Other as an Object? Was the European monologue still acceptable under the changing contingencies? Rather not.

Not only the intellectual, but also the political elite, is recognizing this. Last year, French president Emmanuel Macron publicly said during a visit in the ex-French-owned Algeria, that colonialism had been “a crime against humanity” and that all colonial property present in France had to be restituted to the respective ancient owners - amongst which Algeria was one of the major victims. A similar plot happened in Ouagadougou (Burkina Faso) sometime after. Not surprisingly nothing happened thereafter, so that the speech turned out to be an empty bubble.

Dos and Don’ts when Getting Over the Uncomfortable Heritage

Many museums of this kind asked themselves the same questions, and only by doing so they’re a lot nicer and we love them for that, but what’s better, many museums adopted positive measures to overcome the heaviness of a role they cannot bear anymore. Between these, an accurate provenance research would help to return the lost identity to the exotic craftsmanship, the formal recognition of the property of a third country would contribute giving recognition to the legal sides, and of course restitution or the long-term rental of the objects are good solutions too. In some cases, the execution of a copy did the job, and in some others, the involved countries decided to cooperate on multiple layers such as the cultural or the academic.

The case of the Weltmuseum in Vienna is pretty exemplary, and as I visited it, equipped with my pretty biased preconceptions, I admit to having been positively surprised. Among the many virtues of the museum is for example to mention that the period of colonialism is covered in a separate big room, thus giving to it special consideration and recognition. But not only: the exhibition is divided thematically and not regionally, with the result of a breach of the obsolete structures. The provenance research bureau did such a good job that everything now has a place and a name and you can everywhere inhale a genuine dialogue between European and foreign culture, with western assumptions being discussed and challenged. Through many video-interviews, experts talk about the contemporary role of ethnographic museums, their perspectives, their scope and future challenges: the public is invited to reflect together with the museum institution. Last but not least, a panel explicitly recognizes the advantages that Austria took from the European expansion policies and the colonial system itself. Although not being a colonial power itself, Austria was deeply involved in politic alliances, commercial interests or apparent scientific expeditions, and the legacies of that period continue to have effect today in the Austrian society.

On the other hand the Humboldt Forum in Berlin, opening at the end of 2019 according to its website, was criticized by many and is considered to be for many reasons as a bad example. First of all, colonialism is narrated alongside the development of the exhibition, and not separately, thus augmenting the risk that it won’t be noticed. The exhibition is divided into geographical regions, repeating old schemes and apparently not challenging them critically. The Hamburg-based historian Jürgen Zimmerer accused the Forum of promoting a Eurocentric self-certitude and for constructing foreign cultures as primitive, stabilizing on the other side an obsolete European supremacy. And, cherry on top, a puppet show thought for the scope of advertising the museum was apparently full of stupid clichés targeting the Indians, protagonists of the plot.

In the West Nothing New

When Napoleon’s First French Empire ended in 1814, France had to restitute many displaced objects which had been stolen during the years of French victories in Europe. After the end of National Socialism, Austria and Germany had to do the same thing, and the end of the colonialist epoch comes with the same uncomfortable problematics.

In Arno Bertina’s “Mona Lisa in Bangoulap, the fable of the World Museum” (2016), the author imagines that the Burkinabe great-grandchildren come with perfectly legitimate, but difficult to answer, claims about, for example, granting their nationals the free entry in the Parisian museum of Quai Branly, as in the end of the day it contains works of their ancient relatives. Following the same reasoning, and in the topic of “shared heritage”, the Mona Lisa could be transported and temporarily exhibited in Burkina Faso, since France has been exhibiting African goods for a long time. They’re admittedly provocations, but especially because we perceive them as such, and not as serious requests.

Nobody seems to know which, between the variety of possible interactions with our own history, is the best one to deal with the past. To forget is surely not an option, but turning the page and doing it right is a different matter. Bénédicte Savoy, French art historian, and Cunera Buijs, Dutch curator at the National Museum of Ethnology in Leiden, agree on the fact that ethnographic museums have and must assume their important role in processing the past in order to build the best future possible. In this spirit, asking us questions and doubting about our own positions, without remorse but with a keen and constructively critical eye, will never be enough. 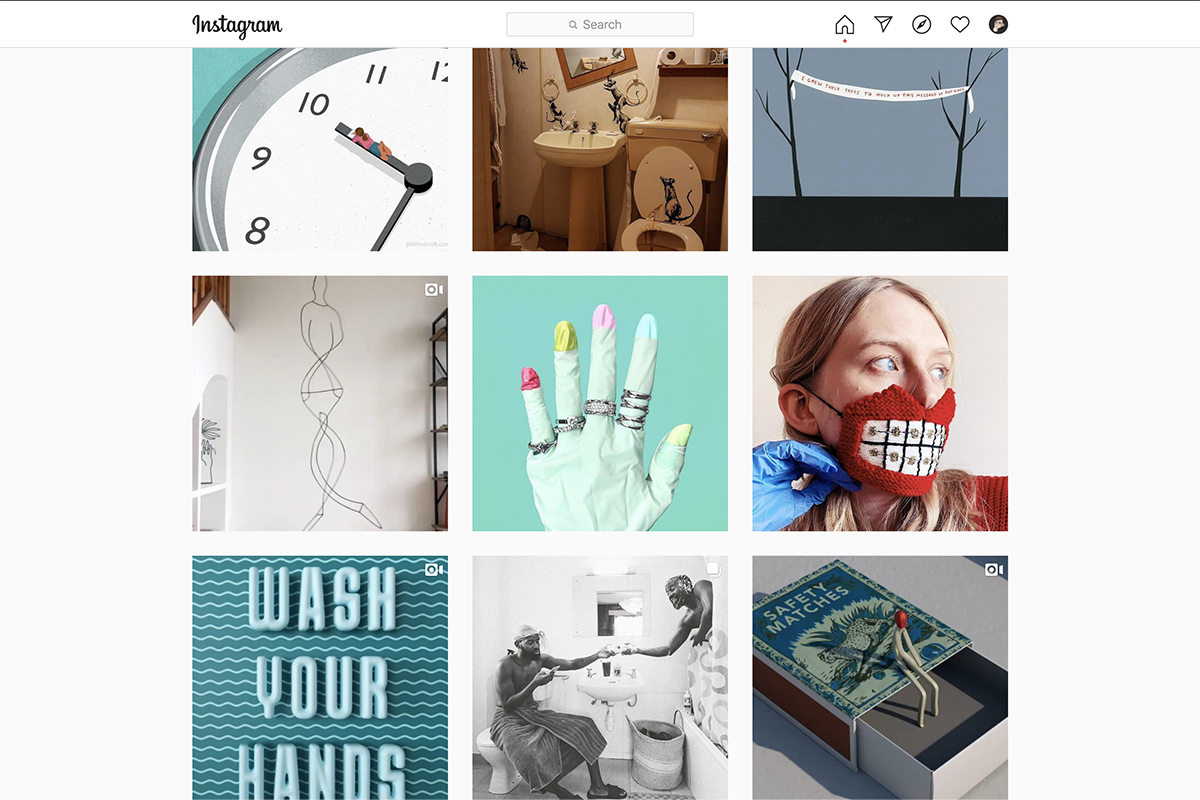 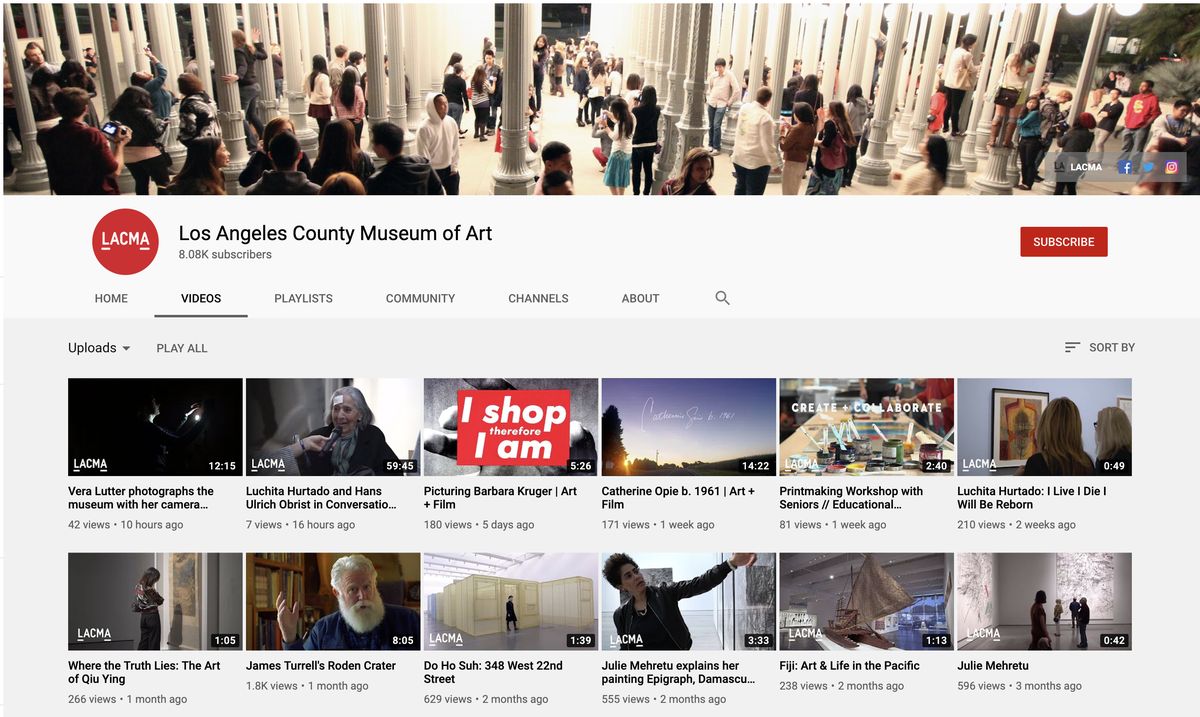