Weaving and knitting have been used for centuries as a way to produce an array of useful objects but it wasn't until the 1970s that fiber art and fiber artists were recognized as force to be reckoned within the world of fine art. Though deeply rooted in the Arts and Crafts movement of the 19th and early 20th century it wasn't until 1970s that needlework was reclaimed by Feminist movement and under the guidance of Judy Chicago made into a fine art sub-genre operating withing the area of textile art. As its name suggests, fiber art refers to fine art made from natural or synthetic fiber and other components, like fabric or yarn. In order to be distinguishable from a craft, fiber art must prioritize aesthetic value over utility. The 1960s and 70s brought an international revolution in fiber art. Fiber artists employed an array of techniques including knotting, weaving, twining, plaiting, coiling, and interlacing to create wall mounted or free standing pieces dealing with a variety of topics including gender, intimacy, environment, politics and science.

Today fabric artists continue to explore a variety of topics and create the most extraordinary artworks by weaving, knitting and sewing fiber together. From fine lace sculptures by Joana Vasconcelos and fiber art portraits of Izziyana Suhaimi to exceptional magazine covers by Inge Jacobson and environmental pieces by Kazuhito Takadoi, we present you the works of 10 outstanding fiber artists active today.

Joana Vasconcelos - Exploring the Heritage of Female Arts and Crafts

Joana Vasconcelos' fiber art explores the notion and heritage of female crafts. Located somewhere between an eye candy and serious social commentary the art of Joana Vasconcelos employs soft materials and energetic shapes to examine the personal and collective identity of individuals, social groups, and nationalities. The artist is known for using fiber and lace to transform everyday items and give them a different meaning while simultaneously reflecting on the tension between the personal and the public.

Izziyana Suhaimi juxtaposes the traditional art of embroidery with the imagery typical of today's digital age. The fiber artist continuously explores the links between traditional and popular culture by juxtaposing elements typical for our modern, impatient instant world and the time-consuming techniques of the past. Izziyana Suhaimi is also known for creating portraits of girls that are surrounded by or dressed in colorful woolen creations.

Featured image Izzisyana Suhaimi - The Looms in our Bones via izziyanasuhaimi.com

Fiber art by Kiki Smith retains a playful appearance while the artist takes on an innovative approach to portraying the human body. The artists used wool to explore an array of controversial topics such as human physics, bodily fluids, sex and women's rights. Kiki Smith often makes artworks in the manner of samplers, traditionally sewn by young women to demonstrate their skills.

Check out works by Kiki Smith on our marketplace!

Fiber artist Inge Jacobsen uses embroidery to reinvent classical advertising images in an artistic process that she calls "the hijacking". She works with found imagery, textiles and thread to recreate some of the most famous commercials and magazine covers thus psychologically altering and changing their meaning. The amount of detail that the artist inserts into her works is astonishing as Inge Jacobson uses needles to create an array of portraits, magazine covers, threaded paintings and even pornographic imagery.

American artist Erin M. Riley creates tapestry artworks based on the imagery produced by the internet generation. Her pieces explore the topics of sexuality that has been unavoidably changed by the constant depictions of intimate moments online. By showing textile portrays of confusion and excess, Erin M. Riley never fail to fascinate and shock the viewers.

Meredith Woolnough - Nature Made of Yarn

Australian artist Meredith Woolnough creates free-form sculptures that she places into shadow boxes similar to preserved biological specimens. The artist uses embroidery yarn to recreate the patterns, colors, and structures found in nature. Her man-made corals, plants, and shells emphasize the balance and the connectivity of all living beings on Earth.

Unlike many of her peers that use their hands to make their intricate works, Sarah Walton uses a sewing machine to make her unique embroidered illustrations. Sarah Walton works resemble pencil drawing and the artist uses needles as her main tools to create intricate patterns and interesting stories. Humans and dogs represent the recurrent motifs in her works that depict various types of love and commitment in various stages of human life.

Kirsty Whitlock uses an array of found materials to create her environmental and thought-provoking sculptures. Found objects such as newspapers and household items get transformed with embroidery thus creating pieces that surprise and inspire. Today's throw-away culture is the central preoccupation of the artist who tries to convey the message of social responsibility by weaving her complex mix media artworks.

Artist Lauren DiCioccio uses mass-produced media such as newspapers, magazines, and plastic bags as an inspiration for her striking and provocative imagery. The images on the found materials serve as a base for her intricate artworks that explore the impact of the media on the modern society. But apart from representing a fierce social commentary these artworks also convey a feeling of nostalgia as the media she uses are becoming increasingly replaced by digital content.

Nature and shadows are two motif often depicted in Kazuhito Takadoi's body of work. The Japanese fiber artist uses natural materials like grass, flowers, and foliage that are tied together with linen and paper strigns to question our perception of the surrounding world. His pieces are made completely from the natural materials that changes its color over time thus continuously gaining a new dimension and layer of interest. 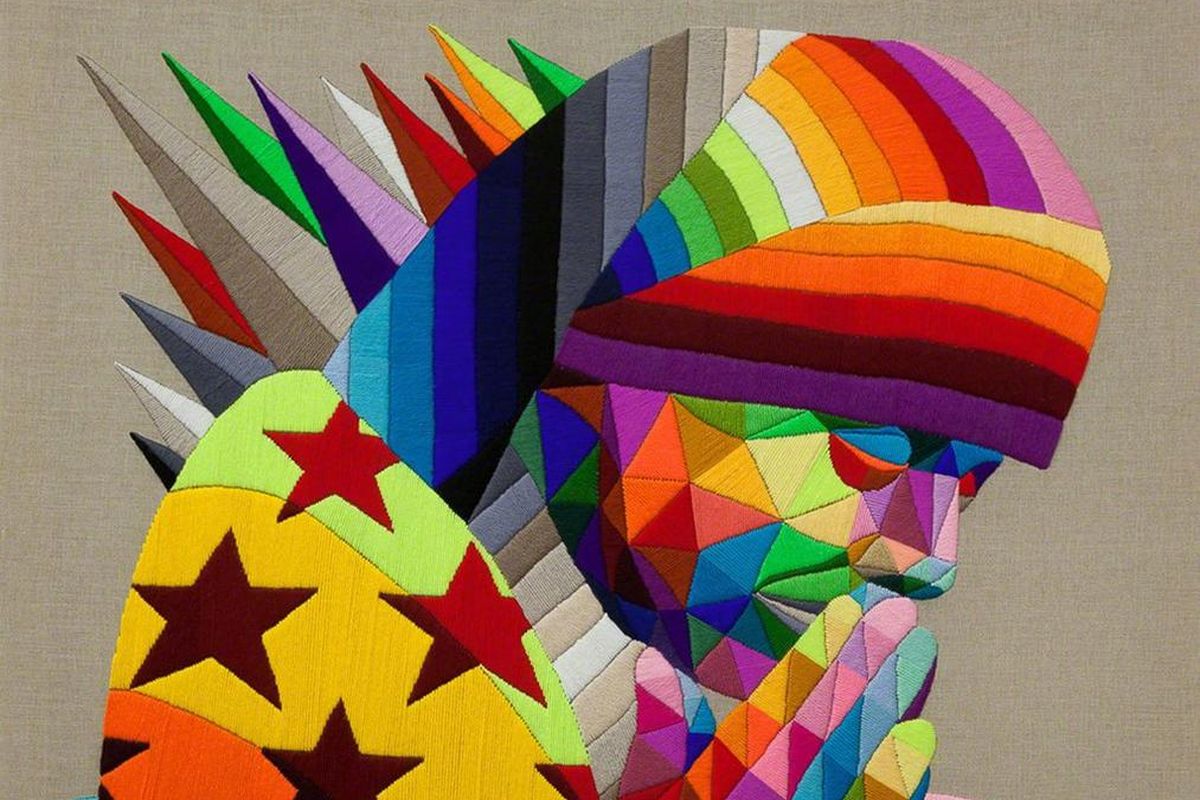 If you are looking to add a textile art piece to your collection, here is a curated selection of eight works you should definitely consider. 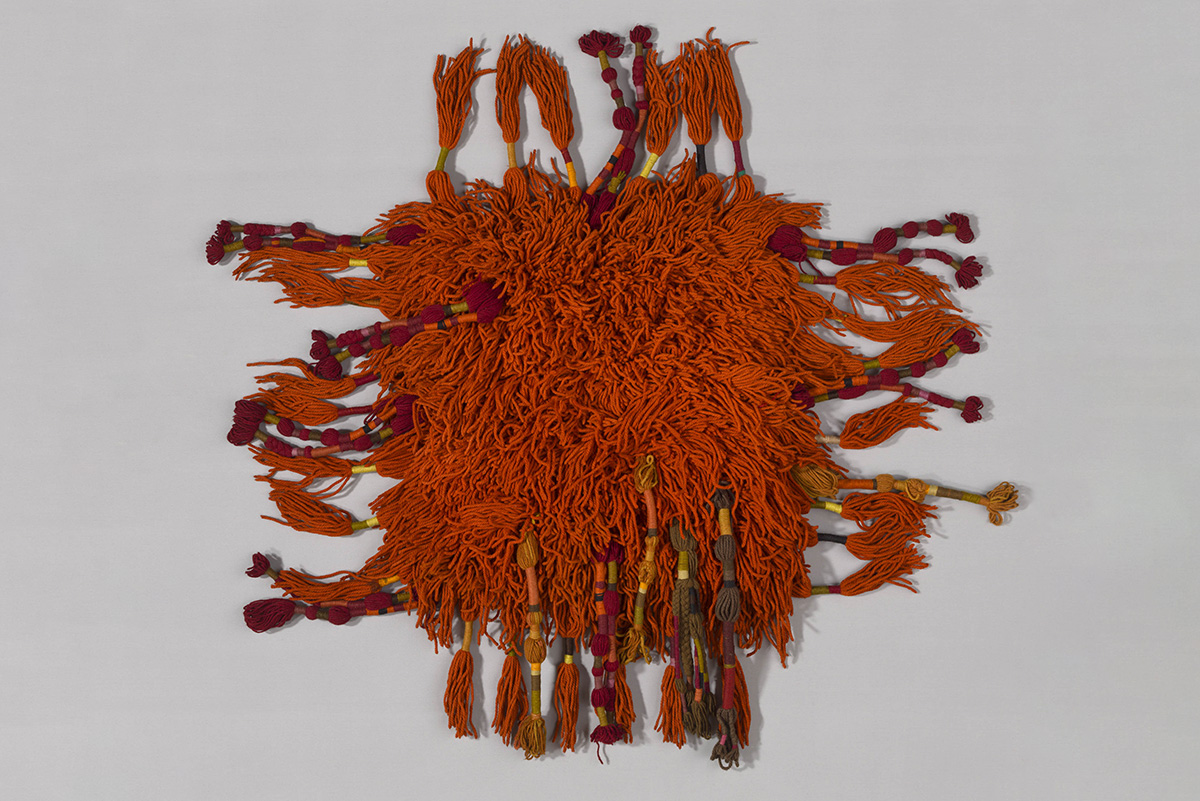 The Art Institute of Chicago is about to open an exciting exhibition focused on the influence the Bauhaus textile artists had on the American art. 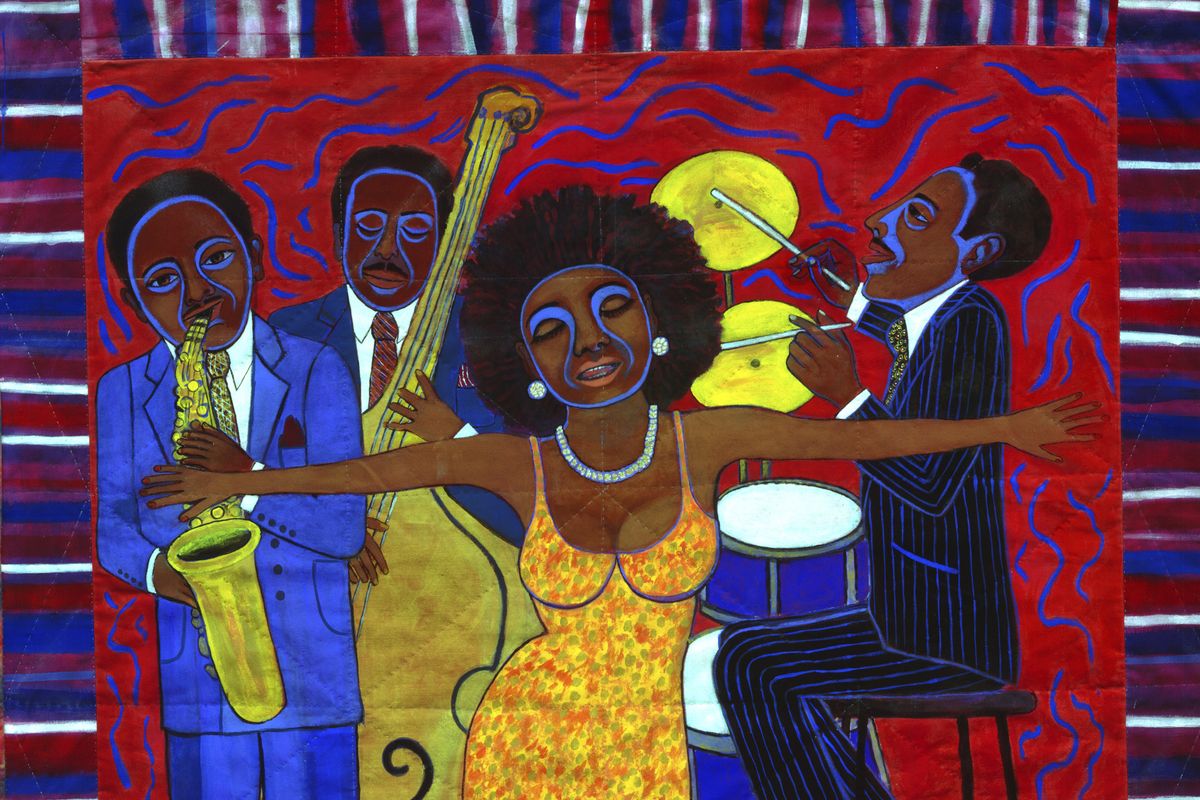 Serpentine Galleries will celebrate the groundbreaking work of Faith Ringgold, an artist, social activist and self-described black woman in America.