The great post-war divide of the German state and the city of Berlin created specific circumstances under which people were living on both ends. The Western part was more liberal than the Eastern one, so the new generations felt more freedom to express themselves, leading to the emergence of an array of talented artists willing to break through the inherited representational patterns and create something new.

One of the leading proponents of the West Berlin art scene from the mid-1960s was Georg Baselitz, celebrated for his upside-down paintings that combine abstraction and figuration. By focusing on the visual impact, the renowned painter created an impeccable body of work that has changed stylistically throughout the years.

The current exhibition called Akademie Rousseau at Contemporary Fine Arts in Berlin is focused on the specificity of Baselitz’s relation to other artists, especially the connection he has with Henri Rousseau.

Inspired by the Kunstmuseum Collection

Georg Baselitz’s liaison with the Kunstmuseum in Basel dates back from 1970 when the artist exhibited his pioneering drawings, until his more recent retrospective in 2018. It is the place where he found the works by other artists significant for a broader understanding of mutual influence they had on each other in terms of art history.

Of special relevance is the 1909 painting The Poet and the Muse by the self-taught painter Henri Rousseau that features Guillaume Apollinaire and Marie Laurencin. Other examples that Baselitz found relevant while drawing a historical map include Franz Marc’s portrait of Rousseau for Der Blaue Reiter, as well as a photograph by André Gomés depicting Picasso holding Rousseau’s self-portrait in his right hand and the portrait of Rousseau’s wife in his left hand.

An important source of inspiration for the series shown within Akademie Rousseau, according to the artist himself, is the 1936 book by Ludwig Goldscheider, Five Hundred Self-portraits from Antique Times to the Present Day.

The Upside Down Portraits of Artists

The exhibited portraits are executed in Baselitz’s signature upside-down style and they seem as if they were considered for the canvas.

To unravel an array of these intriguing connections, the artist decided to feature some of the most significant art figures from the early 20th century such as the proponents of the Die Brücke group (Ernst Ludwig Kirchner, Erich Heckel, and Karl Schmidt-Rottluff); the masters of postwar Abstraction such as Joan Mitchell, Mark Rothko, William de Kooning, and Philipp Guston; the leading figures of Pop Art such as Andy Warhol, Roy Lichtenstein, and Robert Rauschenberg; to contemporary artists such as Christa Dichgans, Tracey Emin, Nicole Eisenman, and Cecily Brown.

The current presentation apparently underlines Baselitz’s continuity and painterly skillfulness, but moreover it accentuates a conceptually well-rounded approach based on the articulation of one’s position within the art historical canon while revisiting the domains of other significant figures.

Due to the current COVID 19 pandemic Georg Baselitz: Akademie Rousseau at Contemporary Fine Arts in Berlin is accessible in the form of a virtual tour until 30 June 2020. 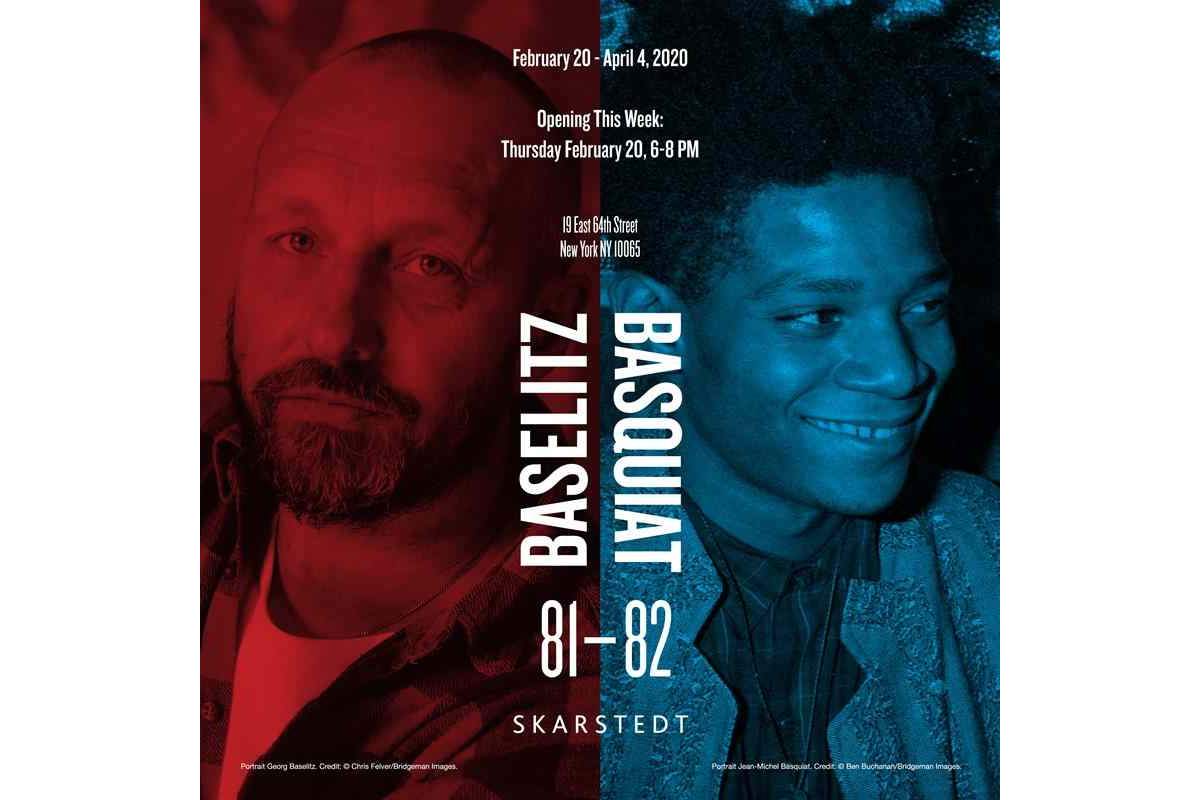 Currently on display at Skarstedt gallery in New York is a selection of works made by Georg Baselitz and Jean-Michel Basquiat between 1981 and 1982. 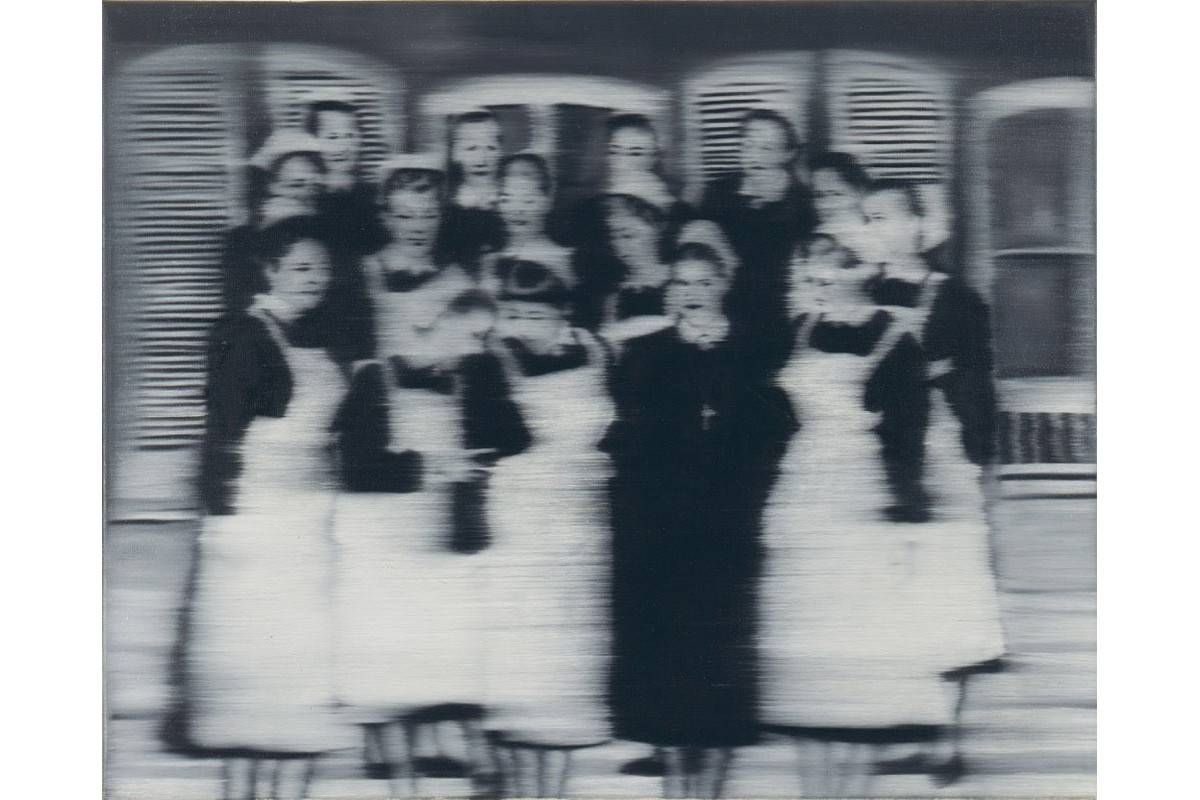 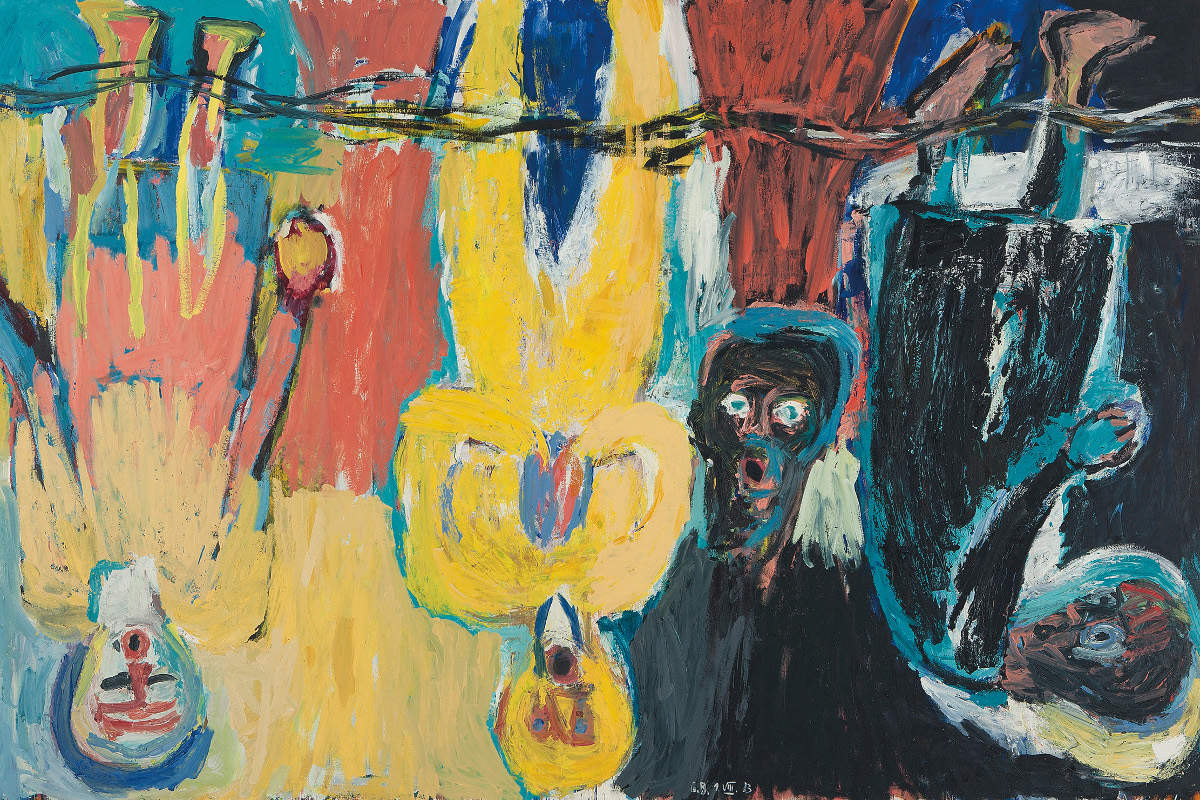 Georg Baselitz's oeuvre is about to make its way to the Hirshhorn Museum and Sculpture Garden, for what will be the artist's first US retrospective in twenty years.