It's no secret that in turbulent times, one of the few things that thrive, aside from politics, is the art. The other word for
"nothing is happening" is "dullness", and dullness is the worst enemy of the art. The art excludes dullness, and vice-versa. None said it better than Orson Welles in movie The Third Man: "In Italy, for thirty years under the Borgias, they had warfare, terror, murder and bloodshed, but they produced Michelangelo, Leonardo da Vinci and the Renaissance. In Switzerland, they had brotherly love, they had five hundred years of democracy and peace  and what did that produce? The cuckoo clock". And the crisis in Greece launched some amazing street art.

The Roots of Crisis

So, how did it start? It all begun in the United States in 2007, where a real-estate bubble was formed in a prior year. In a nutshell, the banks were too greedy: in order to earn more money, they gave away a lot - A LOT - of loans to people that weren't actually known as someone that could pay those loans back. Those were so called subprime mortgages, and they were sub-prime for a reason - they were not properly backed up with an adequate collateral. The other name for those loans was NINJA (no income, no job, no assets). So, when those bank clients started to have some difficulties on returning their credit, and then some more difficulties, and then stopped returning a loan, the banks found themselves with a huge problem: suddenly they were owners of all those houses that their clients could not pay off. And the real estate market was just saturated with houses that no one wanted to buy. So the house prices went south (they fell almost 30%), banks made loans much more unavailable, their credibility sunk, the investors pulled out, stock markets dropped significantly (US stock market halved), and there you have it: the worst financial crisis since The Great Depression in 30's has arrived. Of course, with globalized market, the crisis just spilled over the US, and went into other countries; the EU countries especially.

What happened in Greece?

Unlike the situation in other countries, the troubles in Greece, although were initiated with global economic crisis, didn't come from banks. For years, Greece managed to conceal it's public spending and borrowing from the EU - for years their books showed that the country was respecting the border for allowed borrowing of 3%-of-GDP per year. Wages in public sector grew 50% from 1999 to 2007. And then the year 2009 came. Due to the effects of global crisis, Greece found itself unable to repay its debt, and all the "creative accounting" was brought up to daylight. Greece needed help, and the help came from so called Troika - the European Central Bank (ECB), the European Commission and the International Monetary Fund (IMF). In 2010 Troika gave a 110 billion euros loan to Greece so it could repay its debt to the creditors, and then the additional 130 billion euros in 2012. In order to sign those arrangements with Troika, Greece obliged itself to implement some serious austerity measures, in order to fix up its public finances. Although number of famous economists, Paul Krugman and Joseph Stiglitz, to name a few, said those measures would destroy the economy, the stage has been set for one of the biggest mistakes of the IMF and Troika.

Surgery was Successful, but the Patient Died

What was the problem with the arrangements? Simply put, Greece was forced to cut its public spending. And then to cut some more. Public wages and pensions were cut drastically. People had less money, so they spent less, as did the government. The market demand declined, therefore the production declined as well, dragging the employment with it. And all of the sudden, people found themselves in horrible economic crisis. Wages fell more than 15%, GDP fell even more, almost 20%, and unemployment skyrocketed, going as high as 28% overall, but over 50% among young people. In a word, normal life was sacrificed in sake of some good numbers, but even those numbers were awful: the plan was for Greece to cut its debt-to-GDP ratio. However, no matter how strong fiscal consolidation has been taken, nothing could replace such huge fall of GDP, so that debt-to-GDP ratio actually grew, and it is now at its peak at 175%. people went on massive, continuous strikes, the dissatisfaction and anger were growing, as well as resistance to austerity measures, and the pro-austerity government lost the elections in January this year to far-left Syriza party, whose economic views are completely different from Germany-led European Union and ECB. The IMF itself admitted its mistake in 2013 report, that said that taken measures did not succeed.

Street Art in Times of Crisis

Due to huge youth unemployment, the street art scene in Greece literally exploded, especially in Athens. With public places more than ever occupied with strikes and riots, the importance of graffiti and murals grew significantly - political and social messages were in front of the eyes of thousands of people, every day. It is not strange that street art in Athens is considered one of the largest in the world. Public-funded art also took a blow by the austerity measures, as its resources were cut 30%. The art just moved to the streets: where businesses gradually failed, the graffiti artists "occupied" their walls. Major upheaval that happened in the lives of most citizens of this country in last several years. Unsettling images of high-scaled corruption, growing poverty and despair, the feeling that some bureaucrat from Brussels, Frankfurt or Berlin is in charge of your life and destiny, while in your own country the Nazi Golden Dawn party is rising, make young person to act. Some of them turned to art.

Sign up now for My WideWalls and be up-to-date with contemporary and street-art. 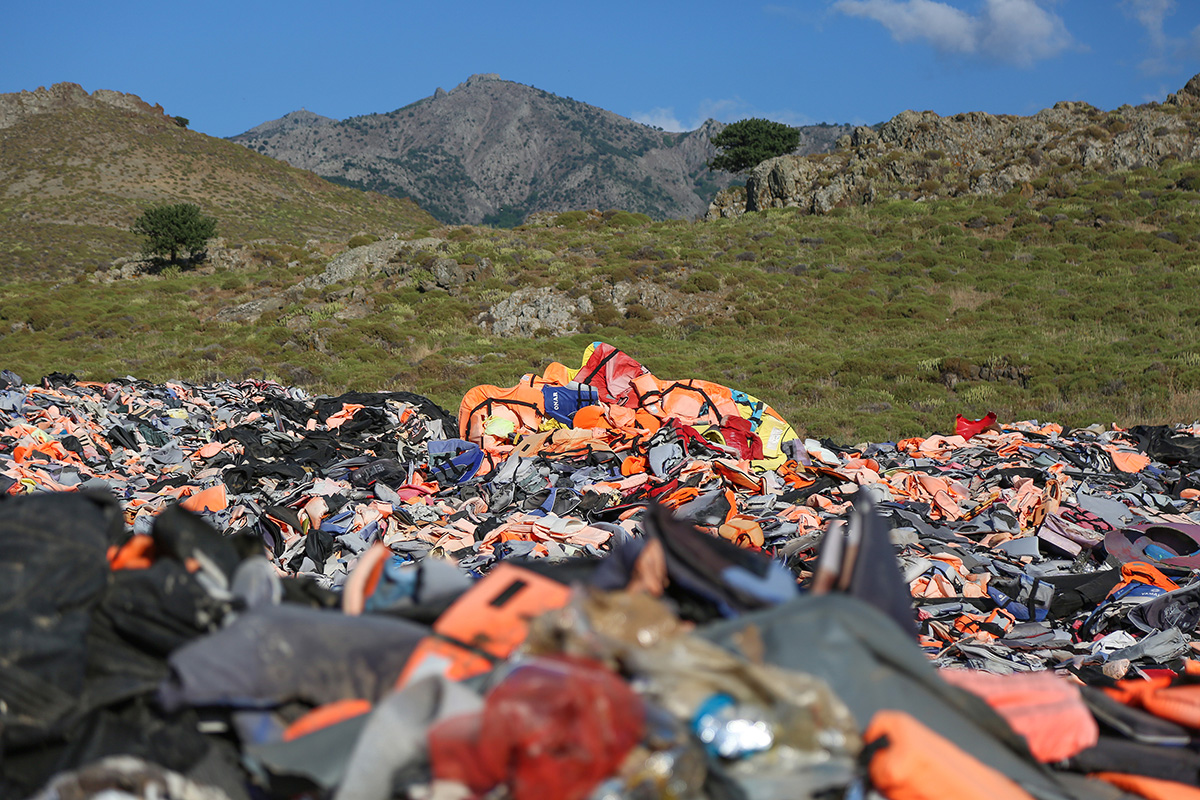 Doug Gillen recently tagged along with artists Icy and Sot for a project at a refugee camp in Lesbos, Greece, where he created a short documentary. 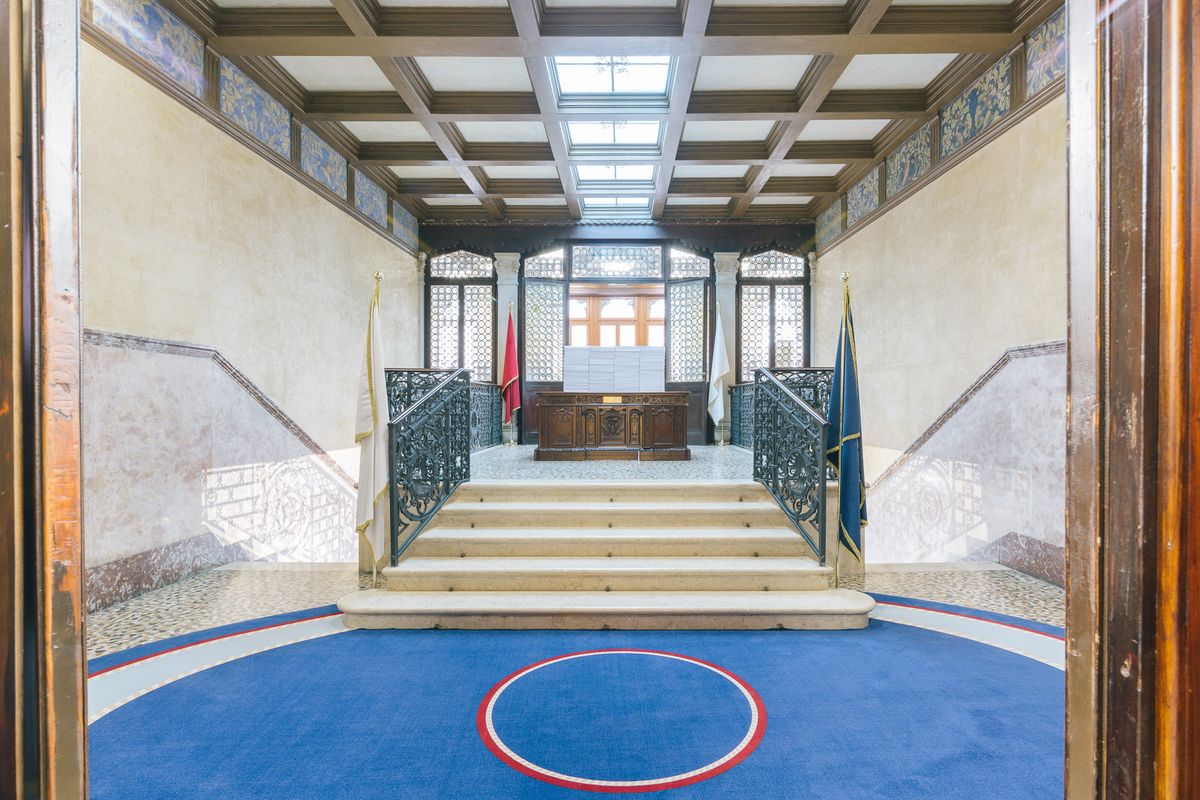 In an exhibition taking place during Venice Biennale, the artist and poet Kenneth Goldsmith presents all 60,000 of Hillary Clinton's leaked emails. 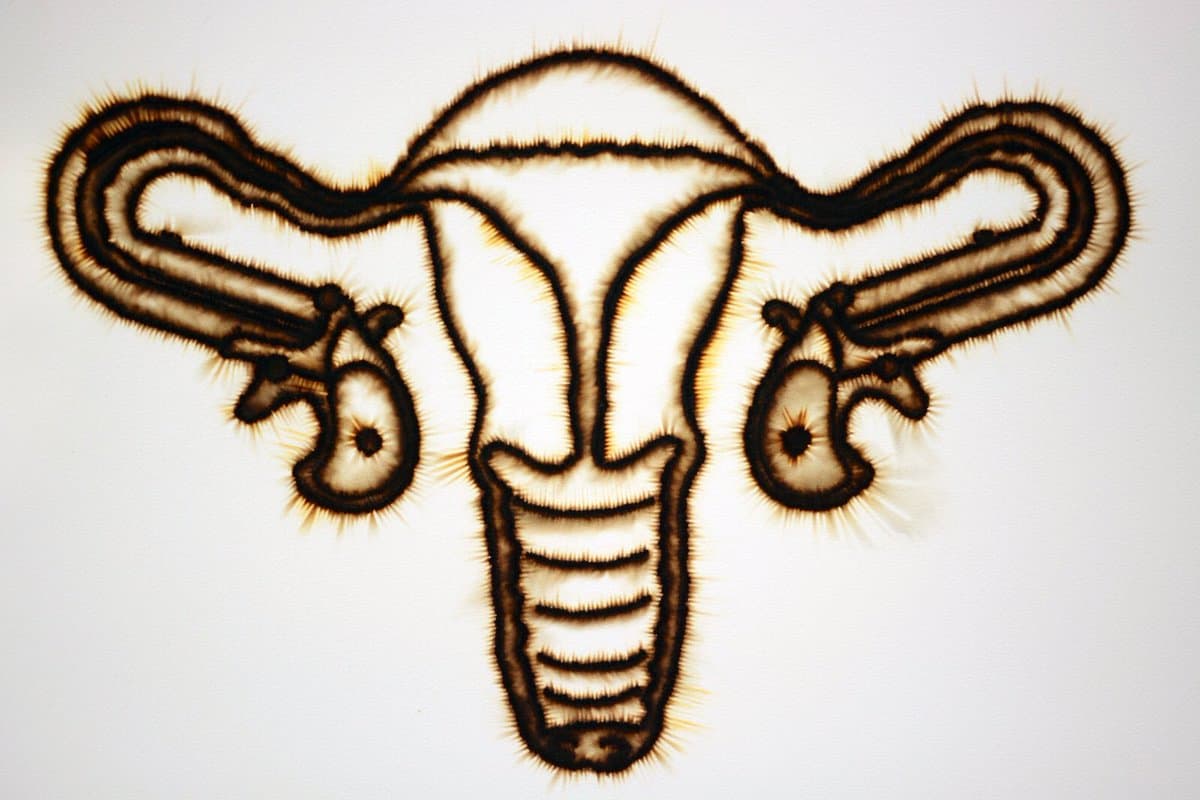 Maus Contemporary will soon host a comprehensive show of the work of Melissa Vandenberg, an artist exploring identity, place and nation.