With their upcoming exhibition ‘Nameless Coterie’ at Delimbo Gallery opening on September 25th, the Belgium trio Hell’o Monsters will present their latest works that always have a healthy dose of humour and mockery. Even their name, ‘Hell’o Monsters’, speaks for itself – both joyful and macabre, amusing and frightening, cutesy and brooding, morbid and seductive, absurd and meaningful… Oxymoron and dichotomy are key areas of their work, and until January 15th, 2015 you’ll be able to witness it yourselves.

The interesting project which articulates the tastes of wine lovers and urban art enthusiasts called myFINBEC has begun a European Tour which will consist of four day pop-up shows in various cities. In Rome, it will be hosted by Wunderkammern gallery. In the period between September 26th and September 28th, myFINBEC and Wunderkammern gallery present the works of Vhils, Herakut, C215 and Etam Cru. The show will feature eight murals of 6 square meters each and the visitors will be able to purchase sections of the original art which will be materialized as wood wine cases. The cases will, of course, be filled with Cave Fin Bec’s organic red and white wine. In addition, signed limited edition prints of each painting will be available.

D*Face is going to try and jolt the minds of the Los Angeles public by showing the objects of public adoration – ones no longer among the living, yet already immortalized. Beginning on September 26, until the middle of October, his Scars and Stripes show will include 30 new works, two public murals and a collection of prints. It is a pop-up show in collaboration with PMM Arts Projects. What is more, in his largest exhibition yet, D*Face, along with the participation of admirers of his work, is going to be able to revisit and recap the fifteen years of career.

After summer break BC Gallery in Berlin continues the exhibition season with a group show presenting nine international artists. The show titled “ABSTRACT” opens its doors on September 26 and will be on display until November 1. From balancing and energizing the canvas with the anti-colors black and white, over experimenting with pure colors and shapes, to leaving the canvas completely and entering the 3rd dimension by creating abstract installations, Ahmed Abdellatif, Clemens Behr, Hense, Moneyless, Momo, Nural Moser, Nelio, Severin Gruner, and Stohead present a wide range of what is possible in non-figurative art.

Recent investigative and emotive painting series created by Dave Kinsey will be exhibited at the Library Street Collective gallery in Detroit starting from September 27. Delving into the realm of thought further than before, the show is named Cushion of Memory, where works of profound artist’s soul-searching and fantasizing about universal, collectively unconscious concepts. Allusive imagery, a known chromatism employed differently, and overt pictorial suggestions of natural formations, all disclose the impact the environment has on Kinsey’s work, especially knowing his studio is based deep in the Sierra Nevada mountains. Stylewize, there is something of both De Kooning and Dali in Kinsey’s canvases, if the two can ever be connected, perhaps in the execution of the incompletely defined characters, or their intentional distortion. The exhibition will run through November 8, 2014. 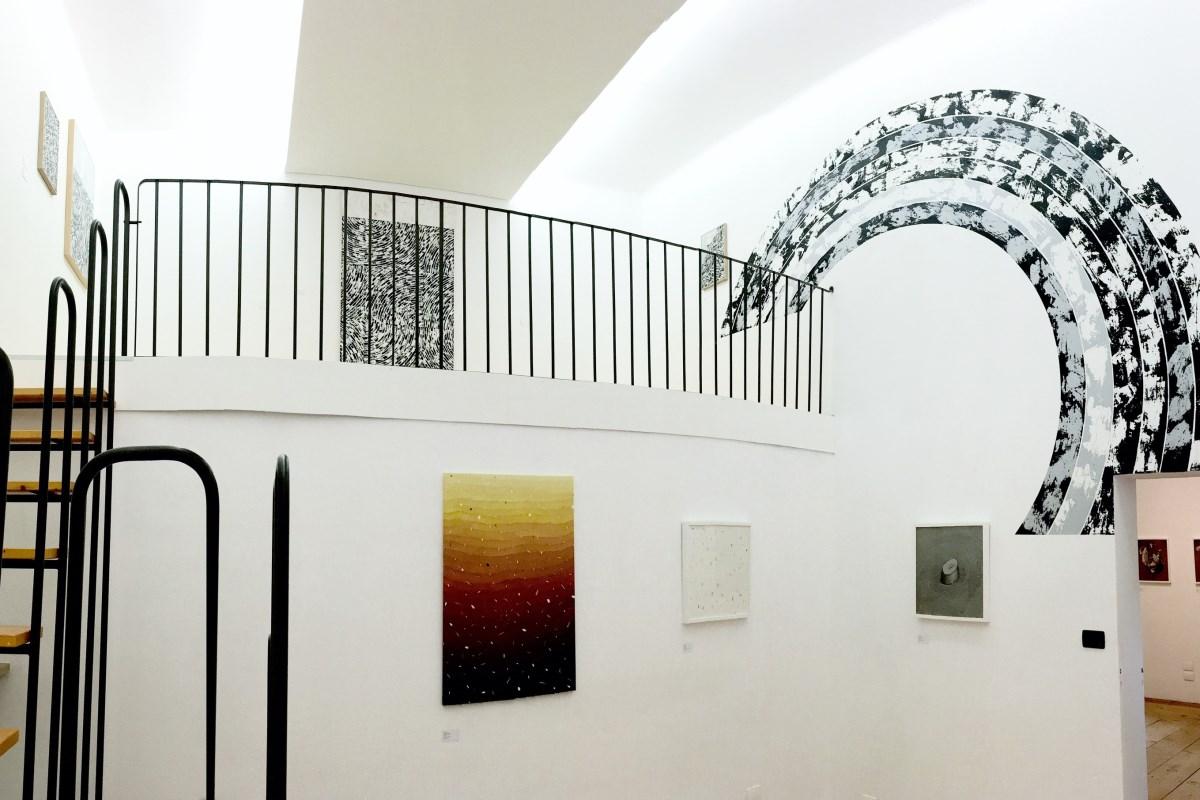 These are the Most Popular Galleries in September!
Top Lists   |   Lorenzo Pereira

According to the Widewalls readers, this is the list of the most popular galleries of September 2016! Check them out and see what show they have on view. 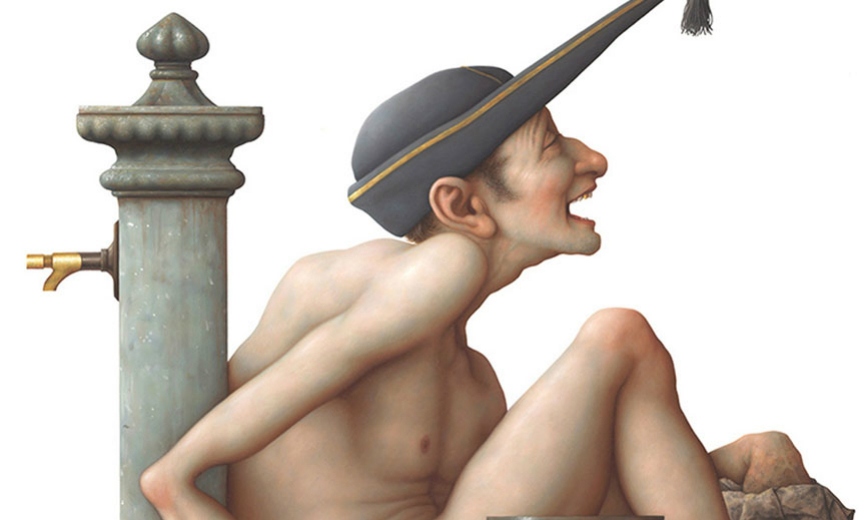 Where is the Place of Line-Breeding in the Art of Fabio D'Aroma ? Find Out at BC Gallery
Exhibition Announcements   |   Frederic Godward

Exhibition of painter Fabio D'Aroma at the BC Gallery features grotesque yet beautiful studies... 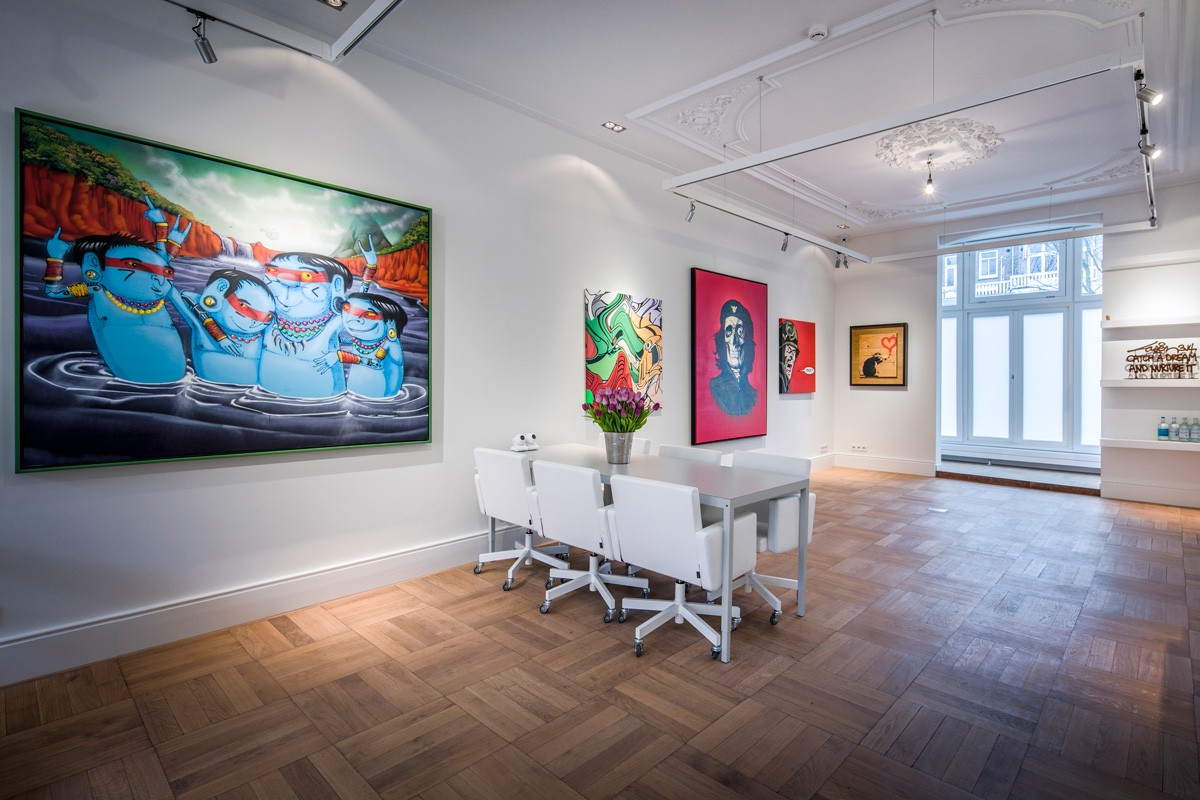 With so many galleries around, it's difficult to choose the best ones, but here is a list of your favorite gallery spaces from the month of May.