Besides the art fair mania they call Art Week Miami there are several impressive exhibitions around the globe. You can find out all about art fairs in Miami next week here. Upcoming exhibitions next week are: Augustine Kofie at Openspace in Paris; Julia Benz at Die Kunstagentin in Cologne; the duo exhibition of Bask and Tes One at 1AM Gallery; also in Cologne Horfee will be exhibiting at Ruttkowski;68; and in London Hang-Up will hang up their Christmas collection.

Inspiration comes in many forms, it’s individual and unique for each artist, but there is one thing tying all of them together – contemplation preceding the creative process. Augustine Kofie, known for his large scale murals composed of complex geometry, refined palette and vintage elements, pondered on the idea-forming process and created a series of innovative work, exploring new techniques and expressions. Following the successful show by Eric Lacan, the second solo exhibition by Augustine Kofie, is opening this Thursday at Openspace gallery in Paris. Entitled Taking Shape, the exhibition refers to this very meditative development which produces those spectacular creations in the artist’s mind.

“Ein Bild fängt mit der Malerei an und nicht mit der Idee” – A painting begins with painting and not with an idea. This is Benz’ anti-conceptualist approach to creating art. Her works need to be big, colorful, energetic and loud. Julia Benz incorporates both figurative and abstract elements to create her loud pieces of art. The works are about openness, intensity and passion and not limited by any formal or informal constraints.  She works with light and dark contrasts to blend her figurative and abstract imagery. Viewers need to dive into the work to fully comprehend the eclectic mix of style, color and imagery. The central subject to these works are people that feel unobserved. For Benz these people present higher artistic significance than the artificially beautified portrayals in mass media. Die Kunstagentin in Cologne will present a body of work by Julia Benz that takes the window seat in everyday life. Starting point for the the exhibition Window Seat is the assumption that the artist is detached from the world and looks at it through a window. The exhibition begins on December 4th and will run through January 24th 2015.

Bask and Tes One

After 20 years of amazing friendship that started with the shared love of graffiti, comics and intemperate creativity, the two Florida based artists Bask and Tes One will exhibit alongside each other. The artists decided to present the results of their two decade long career in art with an exhibition at 1AM Gallery in San Francisco. From a small crew of writers (SBS), they grew to become unique and signature artists that propelled their works around the world. The show’s title Side By Side tells the story of mutual respect and the friendship of two artists. The Side By Side exhibition featuring works of both Back and Tes One opens on Friday, December 5th at the San Francisco’s 1AM Gallery. Opening hours are 6:30 – 9:30pm. The show will be on view all the way through January 2nd, 2015.

After a very busy year featuring collaboration with the clothing brand G-Star and the giant mural he did outside of their brand new store in Los Angeles, then Horfee’s debut solo show on the North American continent entitled “Chaos Pays” that closed this October, as well as the fantastic group show he was a part of organized by the Jonathan LeVine Gallery in New York called “Cruel Summer”, Horfee took on another big project as a great way to end the highly successful year – his solo show entitled “Traditional Occupations” in Cologne, Germany. His latest series of works that the artist has prepared for this first show with Ruttkowski;68 gallery explores the power of prevailing standards, as well as questions of where they come from and why do we adhere to them instead of defining new ones. Traditional Occupations opens December 5th at Ruttkowski;68 gallery and will be on view until January 18th, 2015.

Over the years, Hang-Up in London has built a reputation of a cultural institution with a particular following, managing to source limited edition prints and canvases (among others, these include some rare Banksy pieces). The contemporary art gallery based in London collaborates with established and young emerging artists from around the world. Come December, the gallery will host an exhibition devoted to the festive period, including pleasant surprises concerning the prices of artworks. This exhibition will feature unique and interesting works of an inspiring group of artists.

To never miss an exhibition by your favorite artist sign up to My Widewalls. 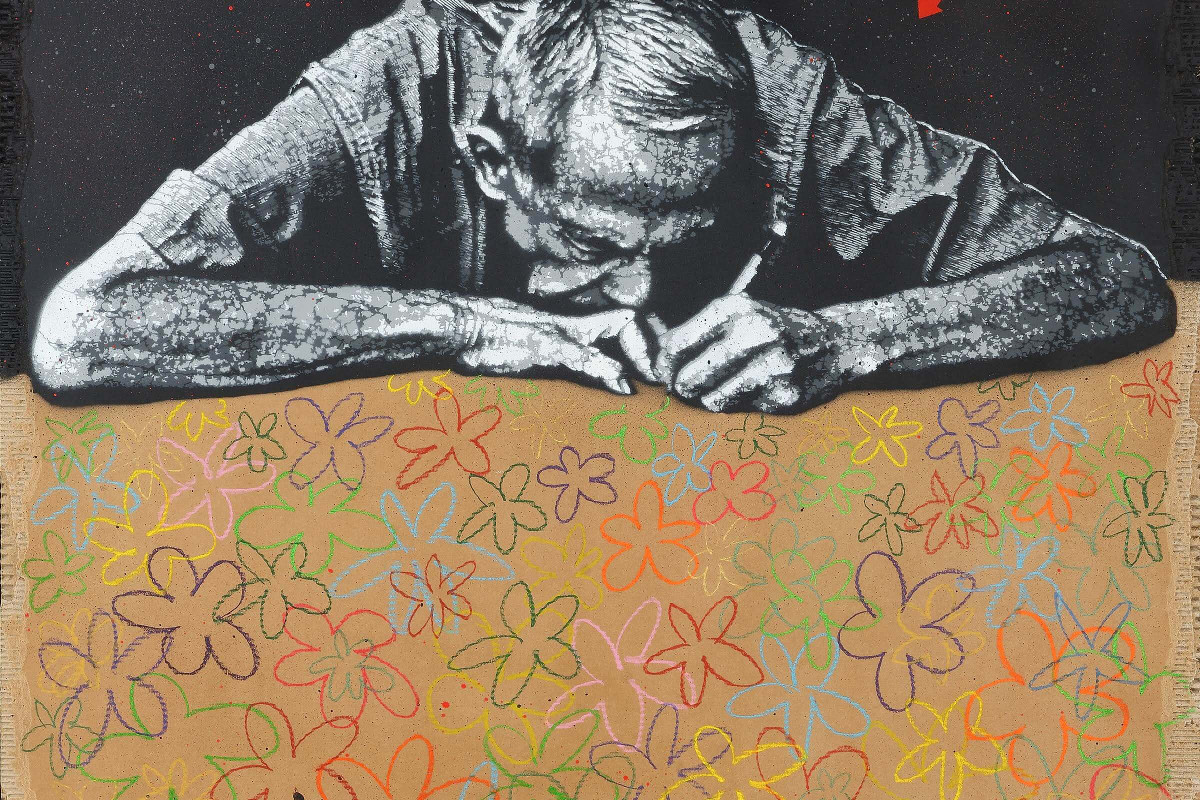 If you're hoping to expand your collection with a captivating artwork of two, why not consider some of the amazing flower artworks currently on the market? 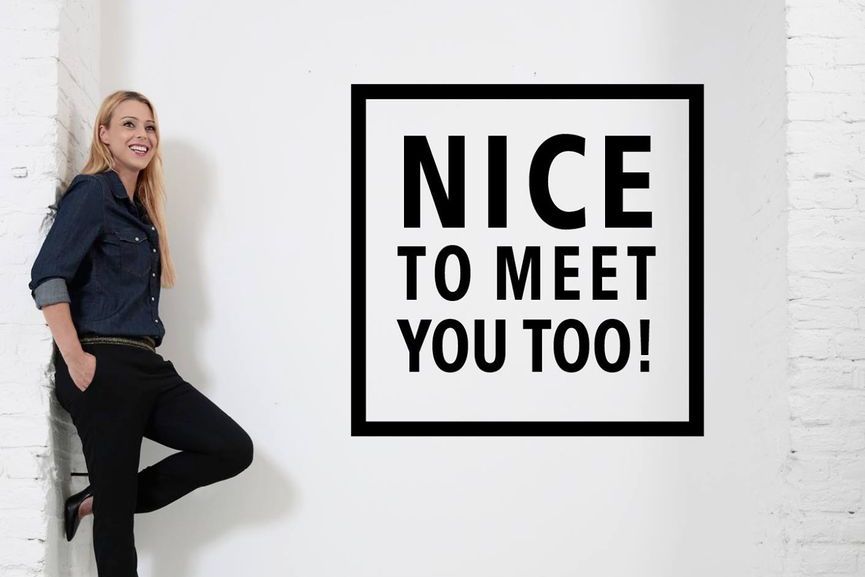 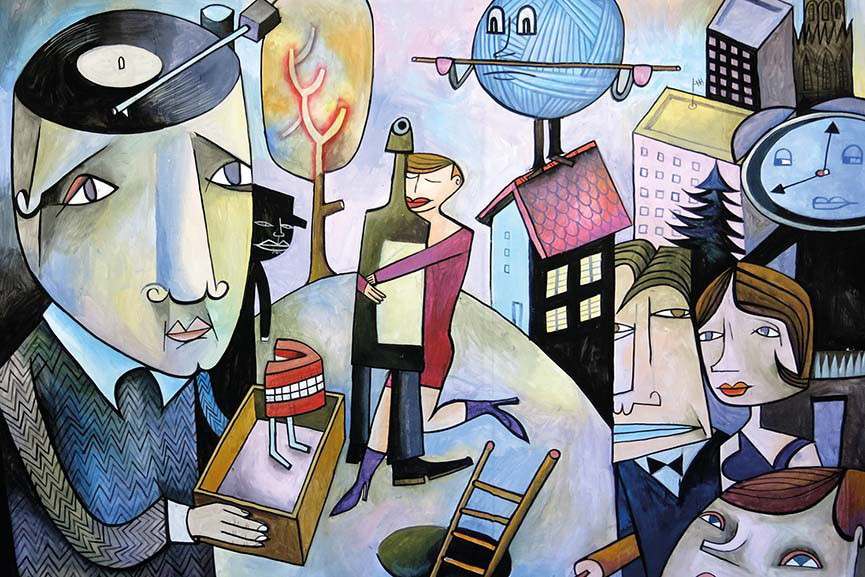