INSA - Make your own way mural for Dwyane Wade

Insa teams up with Li-Ning and Dwyane Wade for the "MAKE YOUR OWN WAY" campaign.

Dwyane Wade and shoe brand Li-Ning, who partnered up last year, commissioned renowned British street artist INSA to create a “Make Your Own Way” mural bringing the Miami Heat star’s philosophy to life. But INSA didn’t just stop at creating the 30 x 20 foot mural, utilizing red, white, and black — the predominant colors used for Wade’s Overtown shoe. He created an animated gif of the mural, which he calls “gif-fiti.”

The unveiling of the mural, located in the Art District of Miami, was timed to coincide with the launch of Wade’s Li-Ning sneaker Way of Wade 2.0: Overtown, as well as Art Basel. Both Wade and INSA were happy to work together on the project. Wade said INSA “was a natural fit for Li-Ning Way of Wade as his style is bold and unique.”

INSA, meanwhile, claims that Wade’s “Make Your Own Way” message really resonates with him. “Wade is carving his own path and that resonates with me. I feel like I have lived my life the same way,” said the artist.

Creative agency Zambezi, put together a 2:34 video documenting the creation of the mural and subsequent gif, (featured above). It’s a really interesting look at INSA and his process, offering insights not only into this particular piece but into INSA’s outlook and philosophy. He begins by explaining how making .gifs really brought back vitality to his work at a time when he was growing tired of standard graffiti murals. If you’re at all interested in INSA or street art, it’s well worth the time. While “gif-fiti” is a new one to me — and I have to admit I was a bit skeptical about it — INSA is doing intriguing things with it, bringing his art to life in ways otherwise impossible, while exposing his work to an entirely new audience.  If you’re in Miami you can find the mural at 286 NW 29th St and 3rd Avenue, Wynwood Miami, Fl 33137

INSA GIF-ITI for the "make your own way" campaign

Making of with INSA 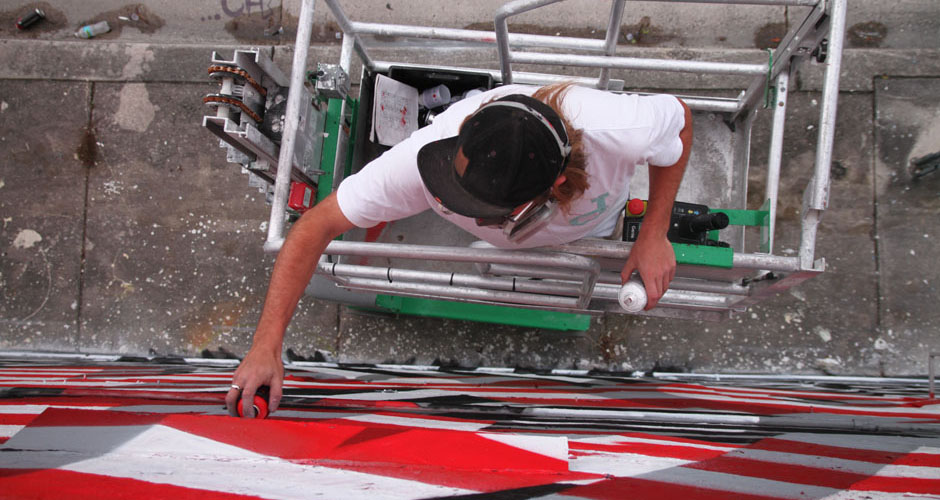 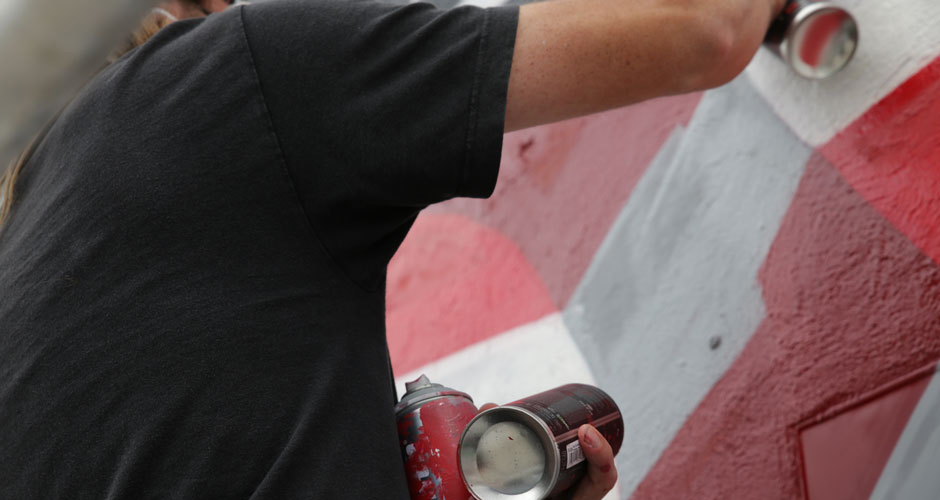 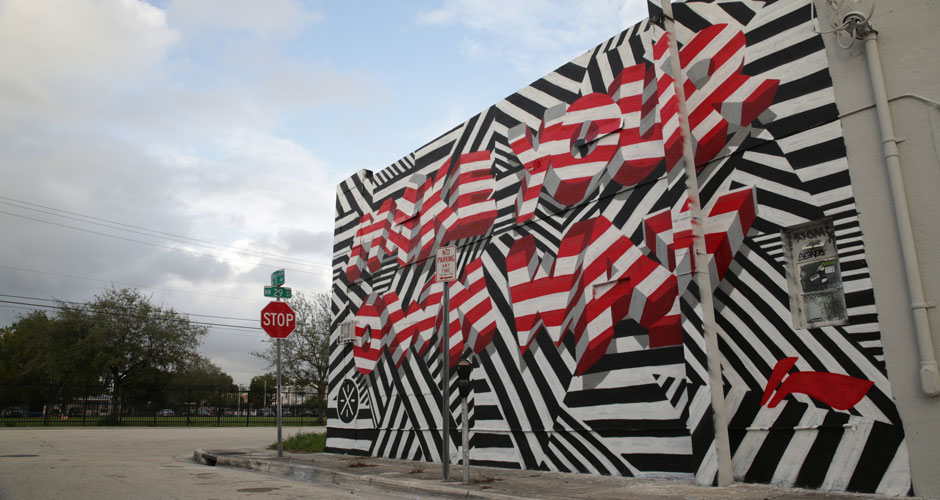