Iranian Artists You Need to Know

The indispensable role partaken by Iran in the history of civilization and the country’s changing political atmosphere as part of the turbulent Middle East are perhaps best presented through the works of modern and contemporary Iranian artists. With a rich, centuries-long heritage in Persian and Islamic art, the creative scene of the area has developed into one of the most intriguing ones in the world, finally giving way to a production that has been overshadowed by the Islamic Revolution of 1979 a great deal. Donning a considerable number of outstanding artworks, Iranian art stands as the witness of the constantly changing socio-political dynamics within the country, particularly in the last five decades and the means of war, revolution, sanctions and most recently the nuclear deal. With such pre-constructed and media-driven idea of a society in mind, Iranian artists have had a hard time finding their place on the international, and even local artistic platforms, and it is perhaps only in the last decade that the artwork from Iran or made by Iranian artists, is getting the recognition it deserves.

The Rise of Contemporary Iranian Artists

The diversity and sophistication of Iranian art managed to finally grab the attention of the art world at large, a fact which now reflects in numerous exhibitions hosted inside and out of the country, exploding prices at auctions and publications in English and other widely-spoken languages, whose aim is to nurture the progress of the country’s thriving cultural scene and creative output. The growing community of art professionals in every field seems to be bringing down prejudices and the wrong image of Iran as a country through constant, quality artwork that confirms its identity in the past and present, as well as the visions of the future. In part influenced by the Euro-American modernity and the major movements of avant-garde art, Iranian artists have, however, always held on to their history, incorporating existing art forms and giving life to others, more experimental ones. Their works aim to represent their country in the world from an authentic standpoint that would disengage them from the nationalist agenda and give them more space, more openness.

Today, many renowned Iranian artists work from outside their homeland, after they fled the Revolution and the boundaries imposed to the creative production by the state and the religious institutions. In the country itself, the most notable was the rise and the evolution of the Tehran art scene and the incredible collection of the Tehran Museum of Contemporary art, which holds some of the most famous masterpieces in all history of the arts. The capital and the rest of the country continue to offer fresh perspectives that do not necessarily include ethnic or political art anymore, but works that are more inclined to work outside of tradition and closer to the framework of global contemporaneity. Another important group of creatives is the Young Persian Artists online platform, founded by Mahsa Mergenthaler-Shamsaei and fostering the new generation of talents. It is fair to say that Iranian art has become a big part of the global contemporary scene, mostly thanks to these artists and their revolutionary visions.

Editors’ Tip: Iran Inside Out - Influences of Homeland and Diaspora on the Artistic Language of Contemporary Iranian Artists

The publication features 35 artists living and working in Iran alongside 21 others living in the Diaspora. The result is a multifarious portrait of 56 contemporary Iranian artists challenging the conventional perceptions of Iran and Iranian art. This book is an examination of the means through which a young generation of artists is reconciling the daily implications of cultural and geographical distances with the search for individual artistic expression. The publication offers an unexpected insight into the artistic energy of a culture that is constantly evolving as Iranians living both in and out of the country, come of age living and working in contentious societies. Ironically, contrary to one's expectations, the artists living abroad often draw more on their cultural heritage, while those on the inside focus more on issues of everyday life without much regard to what 'the outside' views as specifically Iranian references.

A pioneer of Iranian art, Monir Shahroudy Farmanfarmaian got her first comprehensive US retrospective in 2015, at the Guggenheim. After escaping Iran in 1979, she returned to Tehran in 2014, where she continued her practice based on geometric, mirrored patterns in mosques, which are wedded to her cut-glass mosaic techniques. Her work is tightly related to the geometric minimalism of the Western modern art. For her, mirrors play a crucial role, as they reflect off one another creating a space-less portal to infinity.

Working in film, video and photography, Shirin Neshat is perhaps the most famous Iranian art-maker. Her oeuvre encompasses the contrasts between the West and Islam and tackles topics such as the tensions between antiquity and modernity, as well as femininity in relation to Islamic fundamentalism and militancy. Based in New York, her notable series are Women of Allah as well as her most recent Dreamers trilogy, which stars actress Natalie Portman.

Born in Iran, Shirazeh Houshiary grew up in London and was even nominated for the prestigious Turner Prize in 1994. An installation artists and sculptor, she got her name in the spotlight for the strong use of Persian visuals; her ideology draws on Sufi mystical doctrine and the works of Jalal ad-Din Muhammad Rumi, a Persian poet from the 13th century, on which she based her delicate monochromatic paintings and drawings featuring Arabic poetry.

Based in Tehran, Farhad Moshiri produces artwork rooted in Pop art with a subtle, subversive socio-political commentary. His ironic pieces of installation, video art and painting were interpreted as hybrids between traditional Iranian forms and elements of consumerism culture widespread in his homeland. His pieces are made using everyday objects as well as sparkly, luxurious materials such as pearls, crystals, sequins, and gold leaf. His perhaps most notable work are the painted jars which burst with popular foods, drinks and desserts.

Azadeh Razaghdoost - The Poet of the Color Red

The instantly recognized element of Azadeh Razaghdoost’s art is her use of the color red, representing love, passion and blood. Her canvases ooze in accidental chaos, inspired by the works of poets like Charles Baudelaire and William Blake, sometimes expressing her feminine dilemmas and frustrations. Her paintings are her own poetry, conveyed in a sensual, lyrical and allegorical language. Azadeh Razaghdoost's work is currently on view as part of the Recipe for a Poem exhibition at Sophia Contemporary Gallery in London, until 10 February 2017.

The abstract art of Ali Banisadr depicts evocative landscapes that express the artist’s experiences as a refugee from the war, with imagery drawn from Persian miniatures and mythology. Calling to mind the aesthetics of Francis Bacon and the products of digital animation, they present us with multiple viewpoints. The fractured background, reminiscent of stained glass, is inspired by his recollection of the sound of shattering windows during bombings. The works are basing themselves on dynamism and conflict and bordering disorder and chaos, both physical and emotional.

Mehdi Ghadyanloo is an Iranian painter whose trompe-l’oeil works show great influence of the Surrealist movement - which is why he was often compared to René Magritte, no less. Since 2006, he’s been painting large-scale murals as well, mostly on the walls of Tehran, where you can find more than 100 of his pieces. In 2015, he visited London, where the media proclaimed him “Tehran’s answer to Banksy.” His murals are as captivating as his paintings, often playing with space and background to create illusion and challenge our perception.

Golnaz Fathi went on to study traditional Persian calligraphy, eventually being named Best Woman Calligraphist by the Iranian Society of Calligraphy in 1995 and receiving an award at the Sharjah Calligraphy Biennial in 2010. This is what her work is based on as well, featuring strong brushstrokes and vibrant color of text that, however, should be perceived as abstract rather than figurative art, according to Fathi herself. Her art repeats forms, creating a meditative quality; the recent ones have reduced the calligraphic gesture to detailed scratches on a field of white.

A poet, musician and performance artist, Reza Derakshani was a creative individual since he was a child. Influenced by Abstract Expressionism, he was also associated with the Neo-Abstractionist movement for his experiments with abstract and figurative elements from both Western and Eastern cultures. The challenging techniques, innovation and mental stimulation inherent to contemporary art have led him to create a meditative solitude that results in pure freedom of self-expression. His pieces often explores emotional states of mind and themes of alienation and exile, as well as the natural world.

Born Kamran Youssefzadeh, Y.Z. Kami is known for referencing core concepts of different religious faiths and philosophies in his artworks. These deal with introspection, contemplation and subjectivity in a unique way, through a variety of sources such as religious texts, documentary photography, Minimalism, contemporary portraiture and ancient Egyptian Fayum portraits of the dead. He is best known for his large-scale portraits, which got him international recognition. The art he produces floats on the boundary between the spiritual and the palpable, the corporeal and the metaphysical, rendering the intangible and profoundly personal notion of prayer in strong visual terms through binaries of words and images. 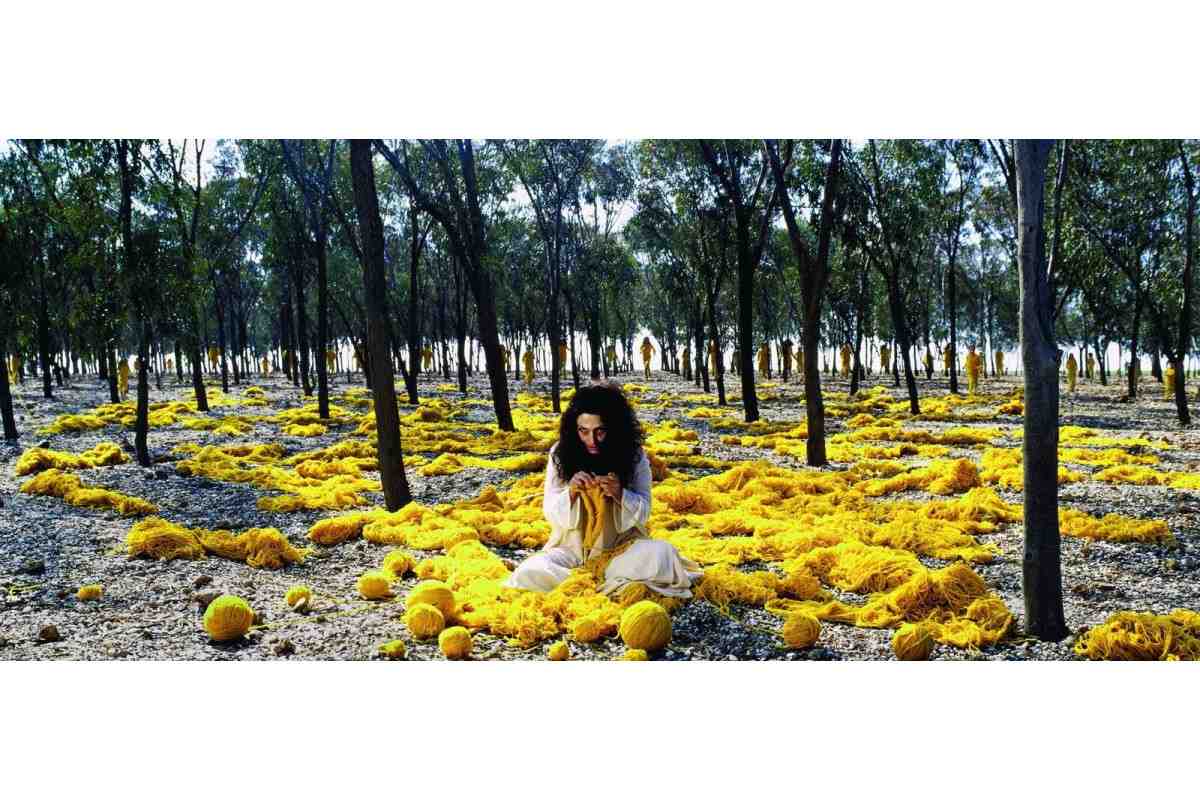 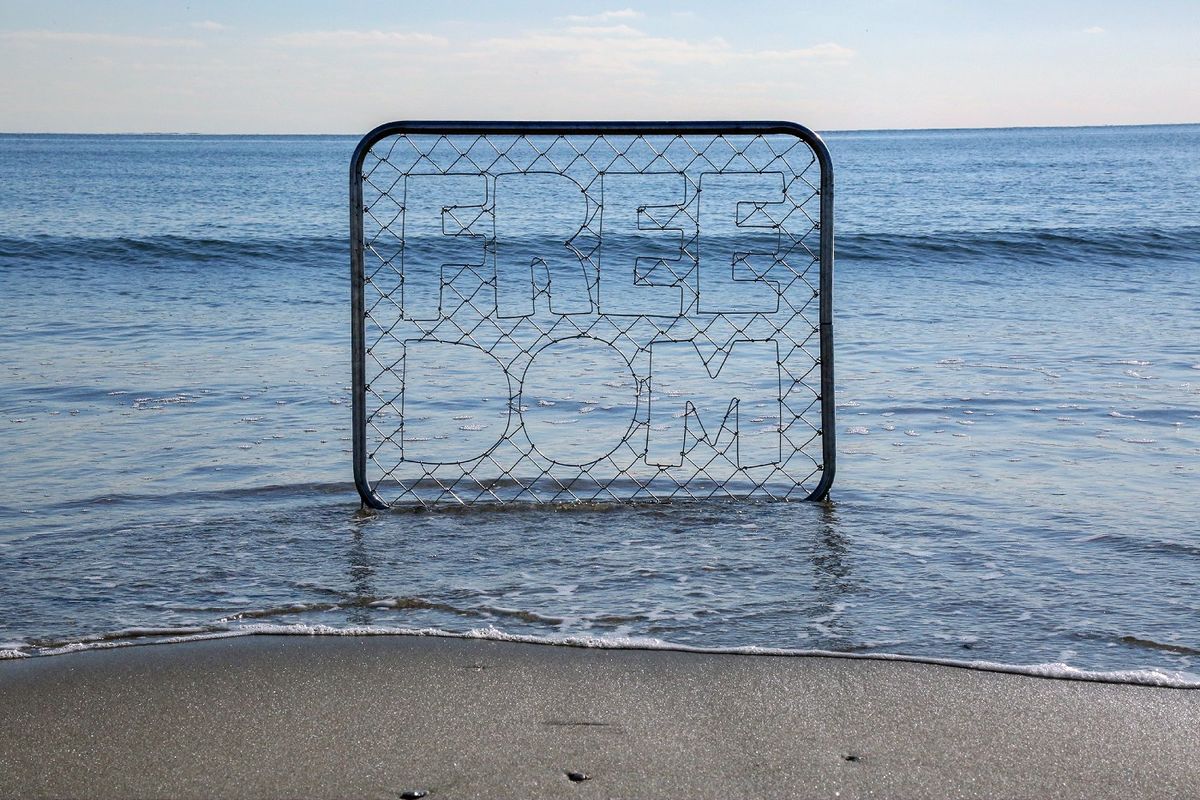 The powerful and politically charged works by the Iranian-born and New York-based duo Icy and Sot are soon coming to Magda Danysz Gallery in Paris. 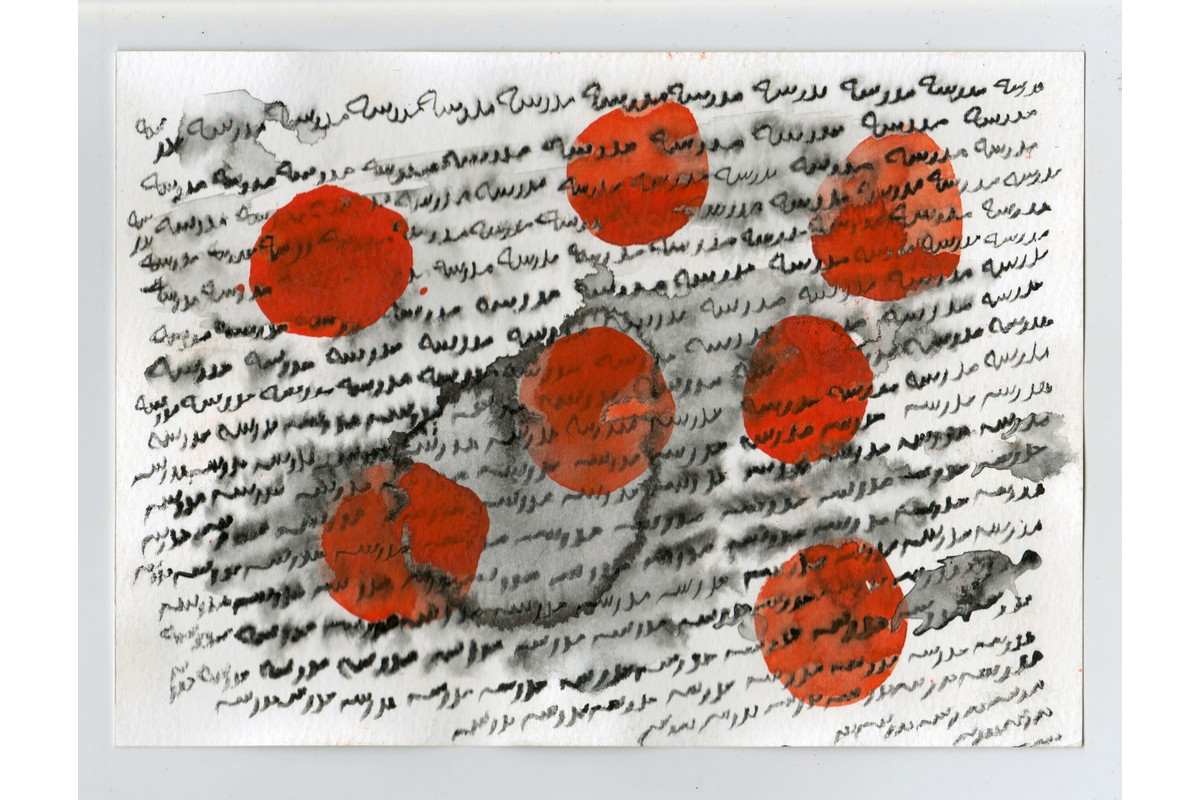