Owner of the record for being the most expensive living artist, the one and only, Jeff Koons is presenting a new series of paintings entitled Gazing Ball. The undisputed master of the market debuted the Gazing Ball series back in 2013 at a major exhibition in New York. The signature blue “gazing ball” made out of hand-blown glass anchored every sculpture in the series. This time, the mesmerizing ball returns to Gagosian gallery in New York where 35 masterpieces were repainted in oil on canvas, with a little shelf built in, making the artwork seem like it is sprouting towards the viewer. Every shelf is actually a small platform for the large blue glass ball, and every ball is unique. The glossy sphere is meant to project a warped reflection of both the artwork and the viewer, creating a metaphysical occurrence which connects the viewer to the art and the surroundings. As the artist himself stated, this is the work he most enjoys, and everything is hand-made with a personal touch to it, making each piece unique and different.

Jeff Koons as one of the Most Prominent, and Certainly Most Expensive Artists Still Creating Today

Jeff Koons made a name for himself, and quite a name that is, by using everyday objects in special installations that explore themes of consumerism, the human experience, challenge our perspective and even touch upon some controversial subjects. Today, he is one of the most prominent artists still creating bold paintings and sculptures that garner worldwide attention, and reach astonishing sums at auctions. His work often mirrors the consumer culture of the contemporary society through the use of commercial aesthetic. From giant toys to inflatables, from household items to luxury goods and sexualized imagery, Koons developed a universally recognizable style no matter what the subject may be. Even though critics do not always share the common ground on his art; some of them regarding it as pioneering and of major art-historical importance, while others dismiss it as kitsch and crass, in the end - numbers don’t lie. World record auction price for a work by a living artist is attached to the famous Balloon Dog (Orange) by Jeffrey Koons. The $58.4 million sell just fortified his position as one of the wealthiest artists in the world, with his estimated net worth ranging around $500 million. Koons has built a long and wildly successful career, a career that will go down in history right at the side of the most prominent contemporary artists.

The Gazing Balls are Everything

One may think the exhibited pieces in Gazing Ball are the original masterpieces by Leonardo da Vinci or Gustav Klimt, but they are in fact hand-made paintings. Nothing was printed, every mark has been applied by a brush, and as Koons stated himself, one may rightly use the phrase “by the assistants” in this context. He further explained that it’s not about being a copy, it’s not art that is about copies. It represents a union of being together, creating a dialogue. It falls into a concept of the avant-garde, of being together in a group and participating. The reflective blue sphere placed on a small shelf in front of the painting, actually as part of the painting, is meant to evoke an exploration of the objective and the subjective. The dialogue of humanity, as the artist said, is a result of his own response to things, and the faithful reproductions of the classic works present a vessel through which this dialogue is played out. Having such legendary names brought together in this unique exhibition, and reflecting one-another through the mirror-like blue balls, invokes a sense of acceptance and community. Ultimately, Koons explained that the gazing balls represent everything, and referred to them as the apexes of the objective readymade dialogue.

The iconic masters reproduced by Koons, or his assistants for that matter, are the ones who influenced the American artist the most. He describes them as the artists which he enjoys, who have enriched his life. The hand-blown gazing balls are installed on an aluminum shelf, with a metal rod coming up through the center of each ball, and they are almost the central object of the entire show. Without them, you would be looking at mere reproductions of the great masters, but with these reflective spheres, the artwork becomes something completely different. The spherical additions produce a relationship between the viewer and the artwork, the glossy surface reflects you, the people around you, other artworks and surrounding objects, forming a unifying experience. Gazing Ball paintings by Jeff Koons are on view from November 9 – December 23, 2015, at Gagosian Gallery, 522 West 21st Street in New York. As the artist explained, whenever you focus on your idea and really dive into it, you start experiencing a form of time travel. And this show is both time and space-bending, so if you get a chance, catch a ride with Jeff Koons!

Sign up for free to My Widewalls, and stay informed about the upcoming exhibitions! 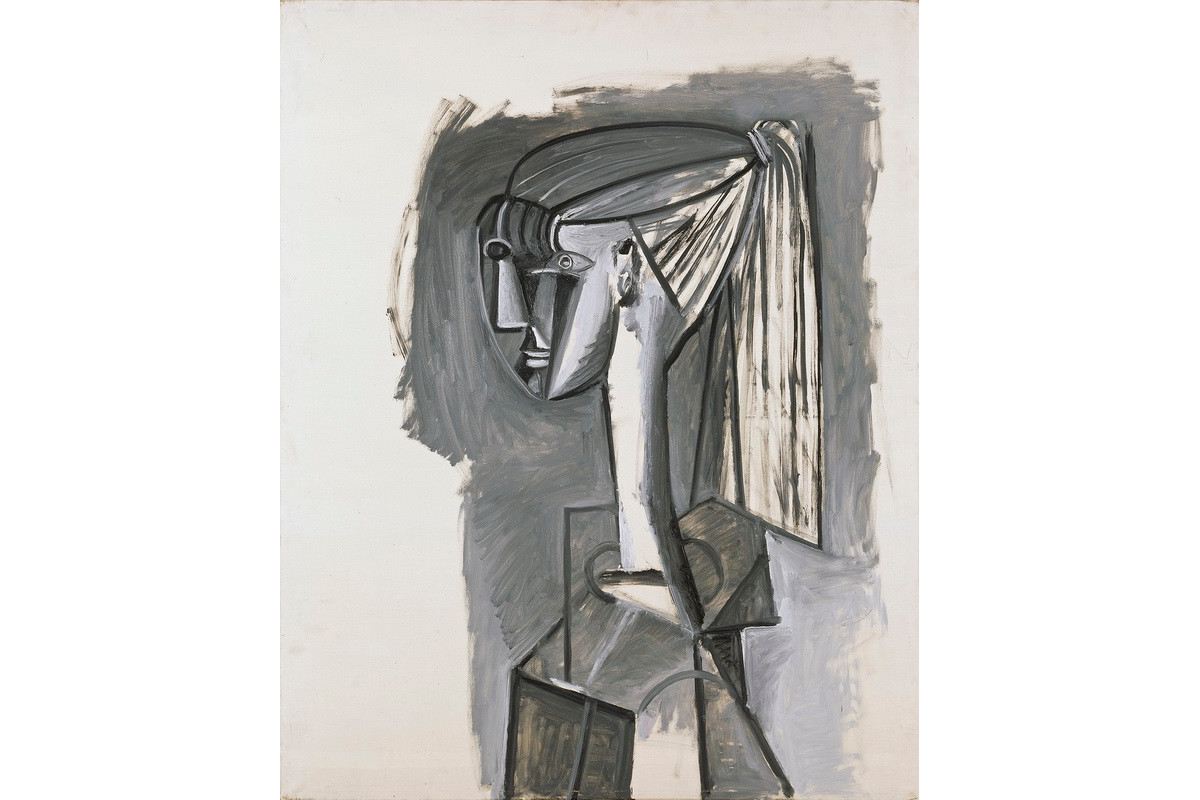 The current exhibition at Gagosian reveals the importance of women in the practice of Pablo Picasso, seen by the recently deceased art historian Sir John Richardson. 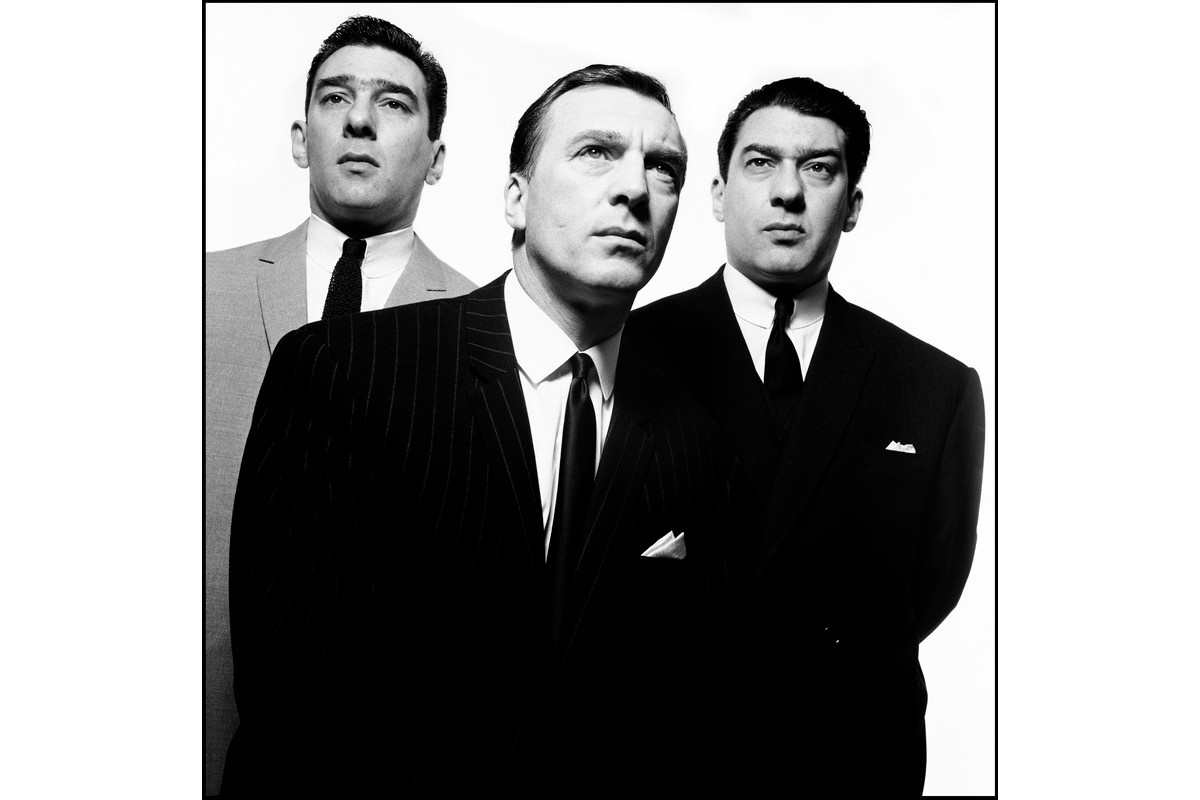 The Gagosian gallery will host an exhibition of David Bailey's notorious portraits of some of the most important celebrities of the 1960s. 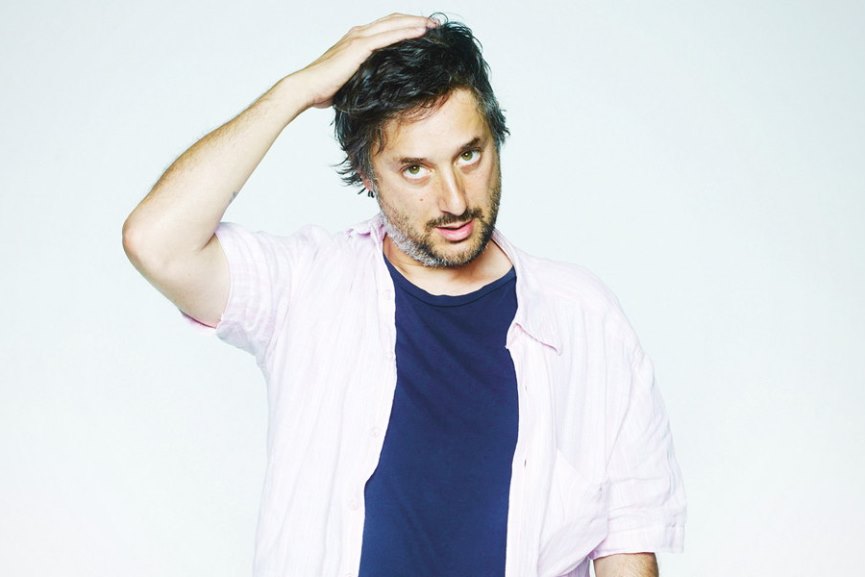