Justkids, a global creative house that conceives, curates and produces comprehensive art projects on an international scale with some of the most engaging artists, curators and strategic consultants, has been collaborating with Life Is Beautiful festival for seven consecutive years to transform the cityscape of Downtown Las Vegas with semi-permanent murals and site-specific installations.

It’s great to see that this part is becoming the heart of the city once again, catalyzed through our long term collaboration with Life Is Beautiful and the local and international artists alike.

Justin Weniger, the CEO of Life is Beautiful said that the festival "exists to aid in the positive transformation of communities and perspectives by collectivizing, inspiring and empowering through creativity and the arts," adding that the art program "continues to play a critical role in that transformation."

Take a look at the amazing new artworks which made the city of Las Vegas better than it was.

Pedro Campiche aka AKACORLEONE is a Portuguese/Swiss illustrator, graphic designer and visual artist best known for his dexterity in using colors, typography, characters and forms. The resulting works are eye-catching compositions imbued with originality and all-pervasive humor.

On the occasion of this project, the artist made a visual takeover of the former Las Vegas Motel on 7th Street, turning it into a whimsical provincial market. Inspired by his hometown, the mural is characterized by vibrant colors, hand-rendered type and slightly mad looking characters. In addition to the wall piece, the artist also contributed to the project with an art installation.

An anonymous graffiti artist from Delhi, Daku is best known for often integrating language into his urban interventions. His style is a result of his fascination with typography combined with his urge to make his graffiti legible to all kinds of people in our country. His celebrated series of text-based works Time Changes Everything has appeared all around the globe.

India’s most prominent anonymous street artist joined Justkids to create a shadow mural powered by the sunlight. Located on Fremont Street, in what is locally known as the writers' corner, this text-based work pays homage to the bookstore the building formerly hosted. This sun-sensitive work is activated throughout the day, spelling words by William Shakespeare:

A Lithuanian-born artist, Ernest Zacharevic is internationally celebrated for his iconic, lighthearted pieces that fuse the physical world with his imagination. By focusing on the spontaneity of children’s play, he creates unpretentious and sometimes ingenious works, tapping into the original instincts of adult viewers who may have lost their ability to access their playful nature.

The artist made his Las Vegas debut with a mixed media site-specific mural featuring found wood scraps, re-imagining the city center’s façade as an unexpected space for play. Through a process characterized by experimentation and engagement, the artist did a careful study of the architecture and urban composition, combining it with an intertextual message of the expansive play, fraternity and imagination.

Eric Rieger, an artist who goes by the name HOTTEA creates work which deals with color, numbers, and human experiences. He creates intricate yarn installations featuring countless strands of colorful fibers, inspired by his grandmother. A former graffiti writer, this practice allowed him not only to reveal his identity but to be vulnerable about who he is.

The artist created a vibrant yarn installation on the 7th street parking/crossover area which towers over spectators commuting through. The work embodies the evolution and impact of the art program not just on the community but within the artists' careers.

France-based street artist, Mantra transforms multi-story buildings into gigantic butterfly specimen cases in a series of clever, trick-of-the-eye 3D murals. In these hyper-realistic murals characterized by long shadows and subtle details, the butterflies appear to be set within wooden-framed boxes.

As part of this project, the artist adorned the northeast façade of the F9 residential building overlooking Fremont street with the monumentally mesmerizing trompe l'oeil butterfly casing piece. During the festival, the mural was complemented with a butterfly case installation within the festival footprint. As the rest of the artist's work, this piece is characterized by inspirational compositions and technical mastery.

An Argentinian-born and Barcelona-based artist, Zosen is known for works featuring fantastic characters that reveal his commentary on the happenings of our own world. The artist often collaborates with the Japanese-born and Barcelona-based artist Mina Hamada whose work is characterized by abstract and organic shapes in soft, bright and warm colors on a monochrome background.

Once again, the duo joined forces to create a work on the corner of 7th street and Stewart avenue which demonstrates their mutual passion for colors and free forms. The high spirit composition of neon colors, geometric patterns and symbols in this new piece creates a beautiful symphony to the surrounding architecture and landscape. 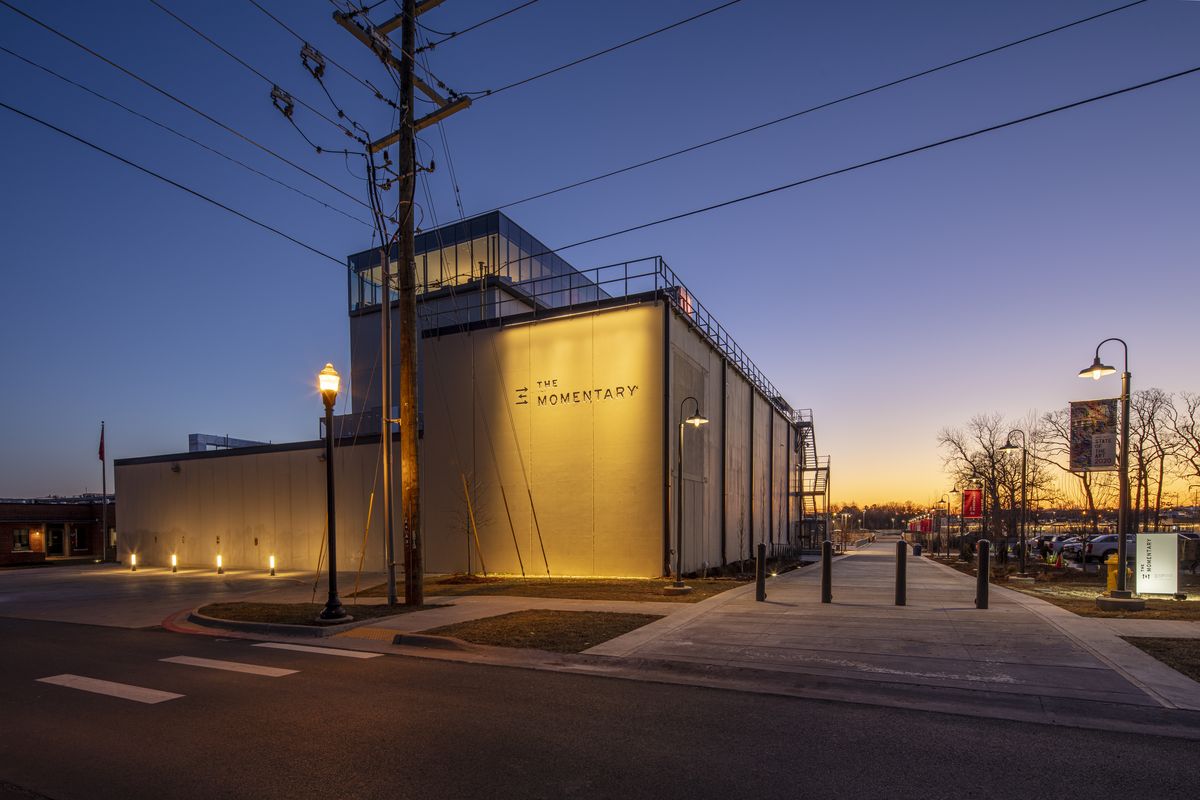 Expanding on his technique of explosives-based works with a new performative edge, Vhils created an incision of The Momentary's logo on its west facade.