New Zealand has been climbing up the street art scale, as the town of Christchurch is hosting a big street art festival RISE, in the organization of Oi You! The center venue of the festival is Canterbury Museum, and the exhibitions will be open until March 23. Museum based events are three shows, On the Street, an interactive setup featuring the best of the New Zealand street art, Kid Zoom show, representing latest works of the New York based creative from his successful display at Melbourne and, most importantly, The Oi You! Collection, street art collection exhibition, for the first time displaying all of the Banksy’s artwork and memorabilia belonging to the collection. Outside of the museum space, the Big Walls program is developing around the city, including some of the most excellent street artists, one of them being ROA, producing new murals.

This street art collection is comprised of a stunning assembly of artwork by the biggest names in street and urban art across the northern hemisphere. Some of the works presented are made by FAILE, David Choe, Antony Micallef, Os Gemeos, Paul Insect, Adam Neate, Swoon among many others, as they are executed in diverse media. There are easel paintings, drawings, wooden objects and boxes, sculptures in bronze and even a nickel plated statue (Micallef). The focus and the most prized section of the collection is the large amount of Banksy art, as it takes the central position of the Oi You! show.

The Oi You! street art collection was conceived by George Shaw and Shannon Webster, prior to their transfer to New Zealand in 2009. They used to reside in the UK, and a rather impromptu buy of a shirt embellished with Banksy stencil pushed into collecting art they loved - street and urban creative works. The development of their collection was rapid, since there were a lot of artists who acted on the street, but sold studio works on the side, just to make a living. Banksy was no different, so the couple found his management and this is how the lasting affair began. It was a giant leap of faith, that pays off already, not exclusively in terms of the economy of the project, but in fulfilling their dreams and finding a perfect occupation.

The Banksy Collection is a special chapter of Oi You! Collection, and it consists of 22 works and a large number of memorabilia. This is the first time that the Banksy Collection is being exhibited integrally. Part of the lot are some of the most known pieces of the famous rebel, such as The Flower Thrower, Kids on Guns, Kate Moss, Grannies, Monkey Queen, and Trolley Hunters, and some of the more obscure ones like Pink Smiley Copper. Showcased memorabilia is made up of Banksy postcards, stickers, and the iconic 10 pound banknotes, among other artist-related items, and it is definitely the highlight of the show.

Walls of Christchurch will soon be covered in murals produced by a stunning array of international street artists. Participating in this fantastic project will be ROA, one of our favorite muralists who depicts large images of animals in curious poses and situations, breathing a particular warmth into each of his works. ROA murals will remain around the New Zealand town, while the lucky locals will be able to enjoy the imaginative portrayals of their local species. Also participating will be Vans the Omega, Anthony Lister, BMD and Rone amidst the crew. 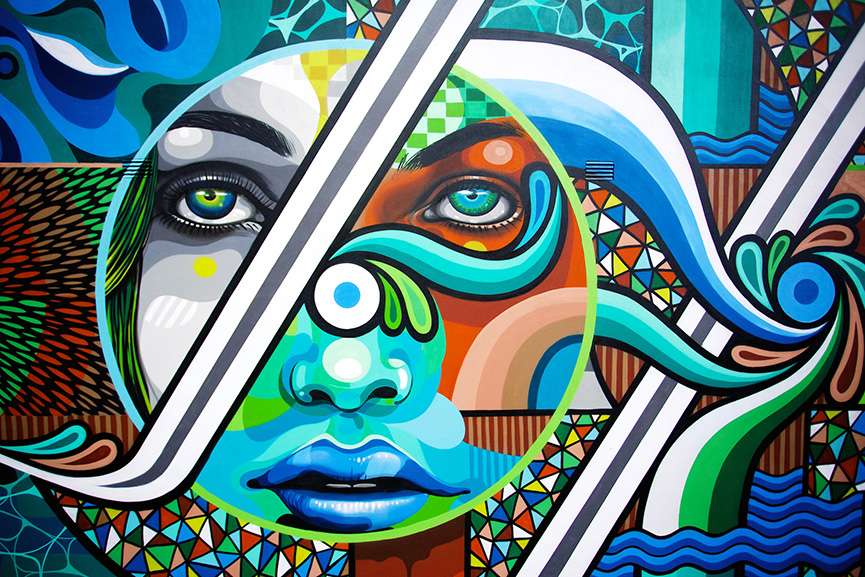 April 2015 will see a host of local and International Street artists converge on Perth for the Australian street art festival, Public 2015. 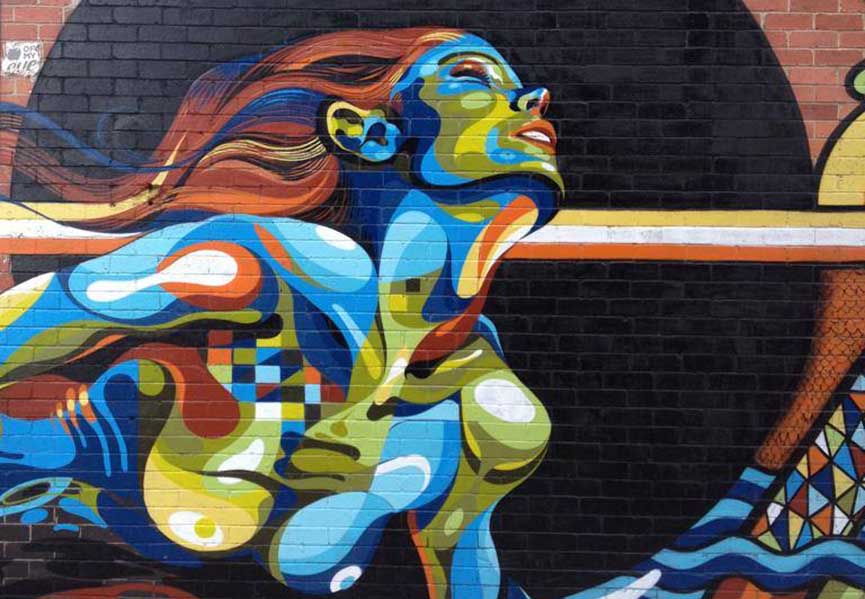 1AM will host a group exhibition titled “Inamorata”. The show will feature works of eleven domestic and foreign artists dedicated to the femme fatale. 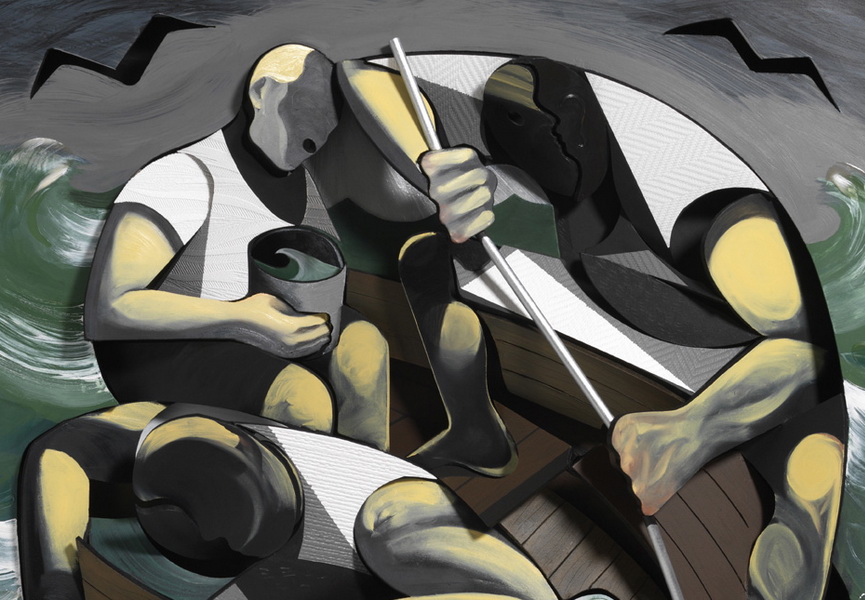 After two years, Adam Neate presents his newest solo Dimensionalism at Elms Lesters. Neate’s masterful collection of new paintings gives us an insight into the artist's further elaboration of his “dimensional” style.