These are the 10 Most Popular Contemporary Artists of September!

Although, we have witnessed the change of seasons in the past days, there are things that will stay the same regardless of the month or the year we’re in. One of those things is definitely Banksy on top of our list of 10 most popular contemporary artists. There are those who have switched their places but interestingly enough our list of the most viewed artists in September brings a whole bunch of newcomers and we are more than happy to introduce them to you. Will they make the cut next month with so many new artists added to the Widewalls database each day is yet to be seen, but for now they are here.

Scroll down and enjoy our list of the most popular contemporary artists in September!

Well, well what a surprise. Banksy is once again the most beloved artist of the month just like in August. But we should pay him some respect. During the last two months, he was constantly featured in our articles, making our day with the latest news from his Bemusement Park whether it was his new stenciled piece or the rumors that his identity was finally revealed and that he works in Dismaland as one of the parking attendants. But now that the Dismaland is closing and the remains of the greatest UK attraction are moving to France to become a shelter for the migrants, we’ll see if he will keep his ranking in October.

American painter of Korean descent David Choe is still holding his second place and staying among the top 10 favorite artists for the third month in a row. Widely known for his figurative paintings David Choe also works as a muralist, graffiti artist, and graphic novelist. His work is more than often labeled as “dirty” because he regularly goes beyond the political correctness, depicting controversial themes, violent and aggressive scenes from the urban landscape. Currently, he works and lives in LA, and in the past years, he was actively working on many projects in the entertainment industry.

Another familiar name on the list is Alexis Diaz, Puerto Rican painter and muralist who is best known in the community of street art enthusiasts for his meticulous free-hand animal murals. During the month of September, he was one of the participants in the Lollapalooza Festival in Berlin. During his visit, he was engaged in a project organized by the Urban Nation, Berlin-based network for urban and contemporary art. Along with six other urban and contemporary artists, he worked on the design of the eight-meter cube and created an astonishing piece of art, which was open for visitors during the festival.

The first new name on our list is Jwan Yosef, contemporary Swedish artist of Syrian heritage who currently resides in London. The work of this painter often explores the complex relation between the artist and the material he chooses to work on. The materiality of the painting is what gives his work that sensual and alluring quality. Jwan Yosef transgresses the limits of the conventional painting style. In a series of self-reflexive works Yosef literally shows the other side of the painting practice conventionally hidden from the spectators and he does that by adding layers of paint on Perspex and then showing the unpainted side, the mirrored reflection of the painted surface.

Julia Benz - A Painter of Freedom

German painter Julia Benz is another newcomer to our list. Why is she a painter of freedom you may wonder? Well, in her own words the painting begins with painting and not the idea. She does her work without the prior conceptualization or plan adding the layers of paint without restrictions. Her vibrant and colorful works are the true celebrations of the artistic creativity and freedom of expression. Eclectic in her choice of themes Julia Benz creates works that fluctuate between abstractionism and figuration, therefore leaving the represented object open to interpretation of the viewers.

Last month she was a debutant on our list of the most popular artists. In September she is still here as another female representative. Born in Nice, Anais Martane started her life in Beijing as a Chinese language student. Ever since, Chinese culture became the infinite source of inspiration for the young photographer. Her primary interest lies in portraiture and her works have been featured in numerous exhibitions. She also does press photography and her commercial works have been published internationally in various influential magazines from TIME to the French Le Monde.

Cacao Rocks - Return of the Athenian

After a break of two months, Cacao Rocks is rocking the list again. The Greek graffiti artist started his work on the streets of Athens influenced by hip-hop and the skateboard culture. Firstly, he kept his practice closer to the traditional roots, creating his spray paint graffiti. During the years that followed, he started experimenting with other materials and other mediums of expression from street art sculptures and installations to video works. Cacao Rocks works and lives in Athens, but he can often be seen abroad as a participant in numerous festivals and while he exhibits his work internationally.

It is the first time for the Swiss artists Raphael Borer and Lukas Oberer to make the cut. These two artists started their collaboration eight years ago and together they have developed a unique style of urban art abstractionism. Borer and Oberer began their artistic career as graffiti writers in the nineties and most of their work is still done outdoors in urban settings. However, they are not strangers to the studio works. As we speak, Borer and Oberer are presenting their recent collaborations in the form of beautiful spray painted pieces on canvas, wood, and paper at Artstübli project space in their hometown of Basel.

To say that Jackson Pollock is a debutant most certainly looks like a hilarious statement. However, it is the first time this legend of American expressionism has made it to our list. It might be due to the recent reawakening of appreciation for the abstract expressionism, or perhaps some other motifs that brought Pollock to the list of the most popular artists. Nevertheless, Jackson Pollock’s work has influenced and inspired generations of younger painters, most notably with his revolutionary drip painting style, and it is certainly nice to from time to time to remember his significance and his contribution to the art world.

After more than four decades since he started his career in photography, Nobuyoshi Araki is still standing tall, creating his works in spite of the physical difficulties. Drawing his inspiration from the traditional artistry and cultural heritage of Japan, his works fluctuate between the erotic imagery influenced by the tradition of Japanese Shunga and fascination with his hometown of Tokyo. Controversial and provocative, Araki is probably one of the best-known Japanese photographers of our time, acknowledged and respected internationally. Nobuyoshi Araki is still actively perusing his creative urges, most recently in a series of fashion photographs for the Italian label Bottega Veneta.

Check out works by Araki on our marketplace!

Check out the complete listing of the most viewed artists in the month of September 2015...

Sign up for My Widewalls for FREE and discover new artists every day! 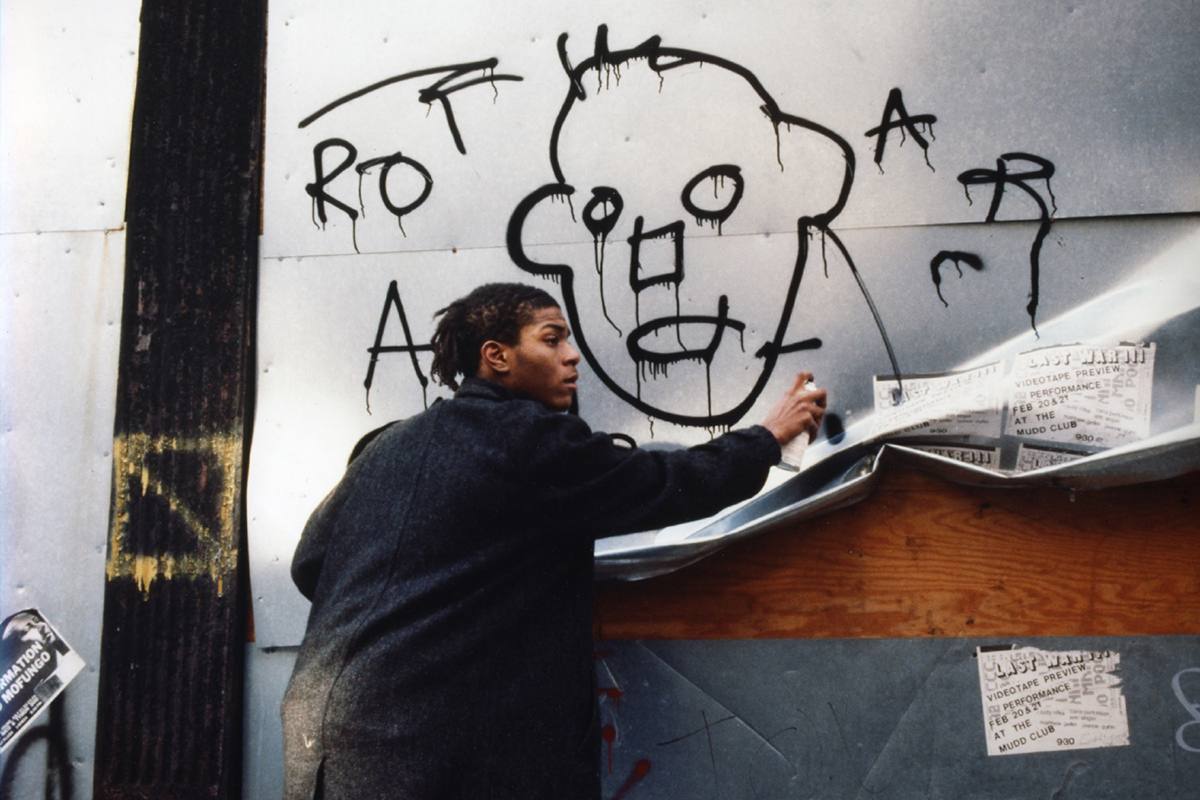 These are the 10 Most Popular Contemporary Artists of August !
Top Lists, Most Popular Artists   |   Angie Kordic

From Basquiat and David Choe to Banksy and - Picasso ! - here are the 10 most popular contemporary artists in the month of August, from Widewalls database 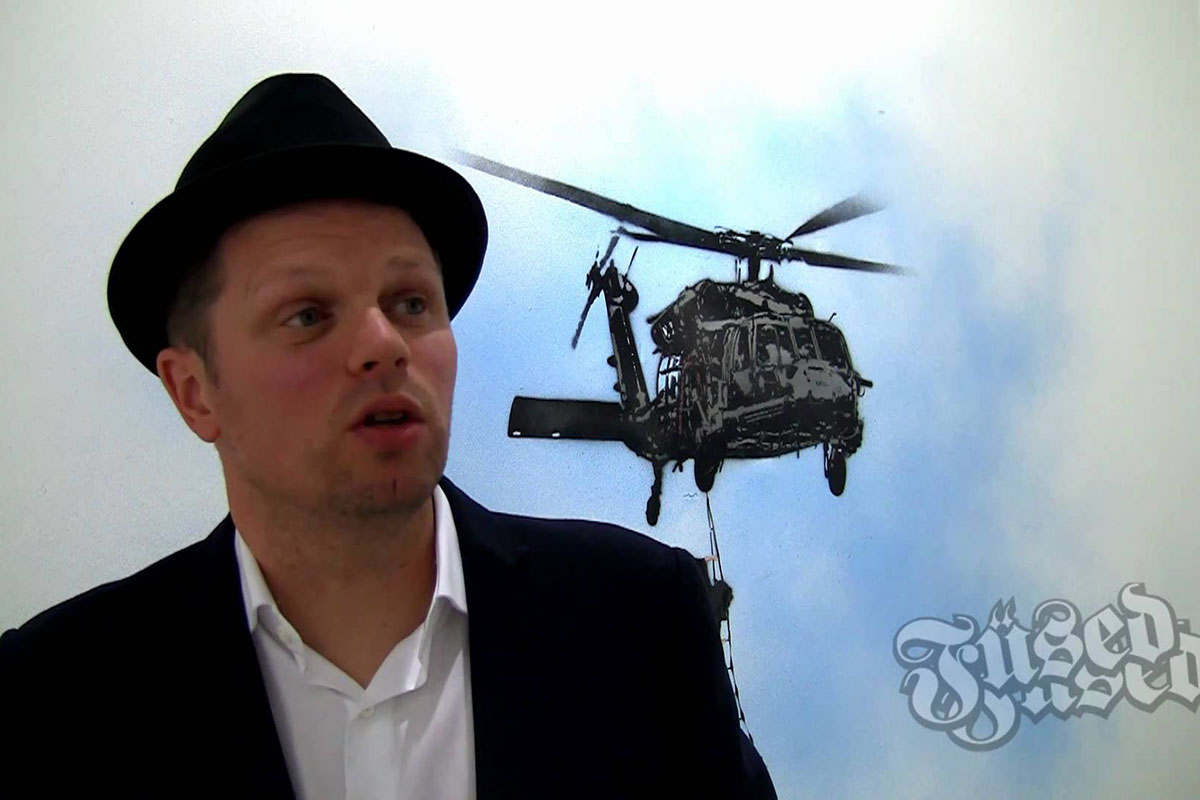 See who ended up on our Most Viewed Artists from the Widewalls database for the month of July, aside from Banksy, Nick Walker, Tracey Emin and Basquiat! 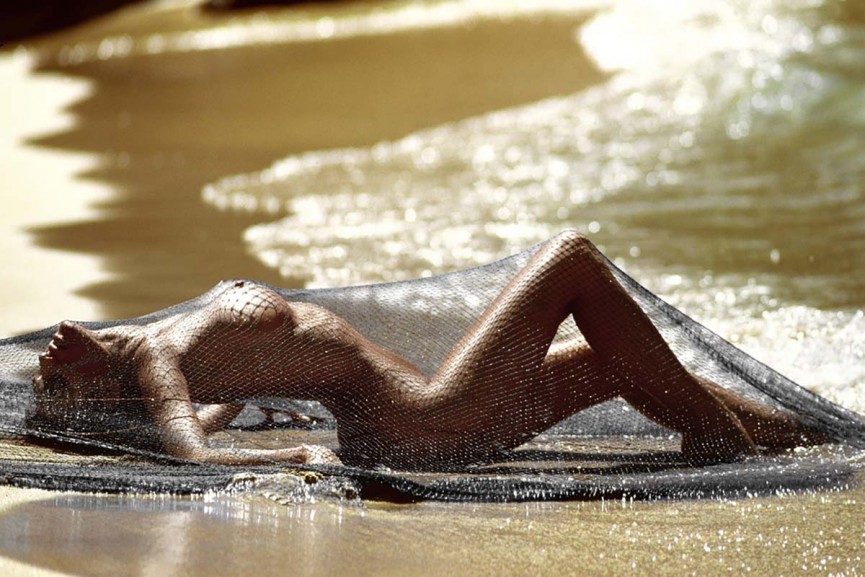 A little bit of street art, a little bit of Art Travel Specials, but mostly nude photography. See the best articles of last week in our Weekly Highlights