5 Mr. Brainwash Art Pieces that Sold for More than 50k at Auctions

Mr. Brainwash... Well, that is a name that still sparks conversations in the art world. Is he a joke that got out of hand or is he truly an artist who brings something original to the scene? By now, the speculation whether Mr. Brainwash is another of Banksy’s pranks is widely abandoned, but it still doesn’t close the discussion on the aesthetic value of Mr. Brainwash’s work. The story of Thierry Guetta’s journey to stardom is the unusual one, especially if we have in mind that it happened overnight. It takes years of hard work for an artist to develop a unique style and means of expression, but all Thierry Guetta did was to decide that he wanted to be an artist and life truly became beautiful for Mr. Brainwash. With a great sense for entrepreneurship, that replaced the lack of artistic training, he established himself as one of the leading figures on the contemporary urban art scene. He is the master of appropriation and reappropriation, but the lack of originality in his works doesn’t seem to bother collectors much. In the past, his exhibitions sold in a matter of days and since his auction debut in 2010 Mr. Brainwash’s works have been widely present at major auction houses. Today we will see some works that fetched more than $50, 000 at auctions, but you can also check out the complete data on Mr. Brainwash’s auctioned pieces.

Be sure to check out more works by Mr. Brainwash on our marketplace!

When Thierry Guetta decided it is time for him to become an artist he didn’t go far into the history of art to find his inspiration. Street art, graffiti techniques, along with some familiar pop imagery merged into vibrant pastiches. Kate Moss, one of the most recognizable faces of our time, is a returning inspiration for Mr. Brainwash and there are many of his works that pay tribute to this fashion icon. The portrait of Kate Moss decorated with splashes of gold, red and pink was created in 2010 and auctioned the same year at Phillips, De Pury & Luxembourg London. The piece fetched $53,900, surpassing the high estimate by 277%.

Mr. Brainwash’s first solo show was titled Life is Beautiful, and, in years that followed, the sentence became his trademark. The piece from 2011 of the same title brings many interesting elements. From portraits of Madonna/Marylyn hybrid and JFK to famous Disney characters in an embrace, graffiti love massages and one of Haring’s radiant babies. There is something for everyone in a single work of art. What more can you wish for? The painting Life is beautiful sold in 2011 at Cornette De Saint Cyr Paris for $65,300. Again above the high estimate.

Visit the artwork page for details and estimates!

The series of pop culture tributes continues with the portrait of the Kiss members executed with broken records. The symbolism is strong with this one, I guess. Mr. Brainwash, or shall we say his assistants created this mixed media work in 2010 and it appeared at Artcurial (Briest, Poulain, F. Tajan) auction house in Paris three years later. The piece was estimated between $93,200 and $120,000, but it went below the low estimate achieving $67,200. Not as good as expected, but it is certainly one of the highest hammer prices for Mr. Brainwash’s work.

You can find the complete data here!

This painting is possibly one of the best examples why art of Thierry Guetta has been described as “throwing cultural icons into a blender.” What comes out of the blender is a Banksy-like stencil of Albert Einstein who could easily be mistaken for one of the hippies from the seventies with that sign in his hand, and a couple of Warholian motifs to spice things up, all wrapped up against a graffiti-embellished wall. Minimalism is the greatest enemy of Mr. Brainwash, but it doesn’t stop his pieces from being successful at auctions. This painting sold for $98,300 at Phillips, De Pury & Luxembourg London in 2010.

Check out the estimates to see how successful the Einstein piece was!

Charlie Chaplin painting is the first artwork created by Mr. Brainwash and certainly the best-known one. The piece has been featured in Exit through the Gift Shop and it’s a powerful statement about nothing actually. It’s just a funny painting depicting Charlie Chaplin as a street artist. Anyway, it is the piece that started it all and began a commotion in the world of street art, so I dare to say it might have some historic value at least. Charlie Chaplin Pink was sold at Phillips, De Pury & Luxembourg New York, achieving a hammer price of $100,000. It was sold in 2010, setting a price record for Mr. Brainwash’s pieces that hasn’t been broken yet.

See the full auction report with estimates and artwork details! 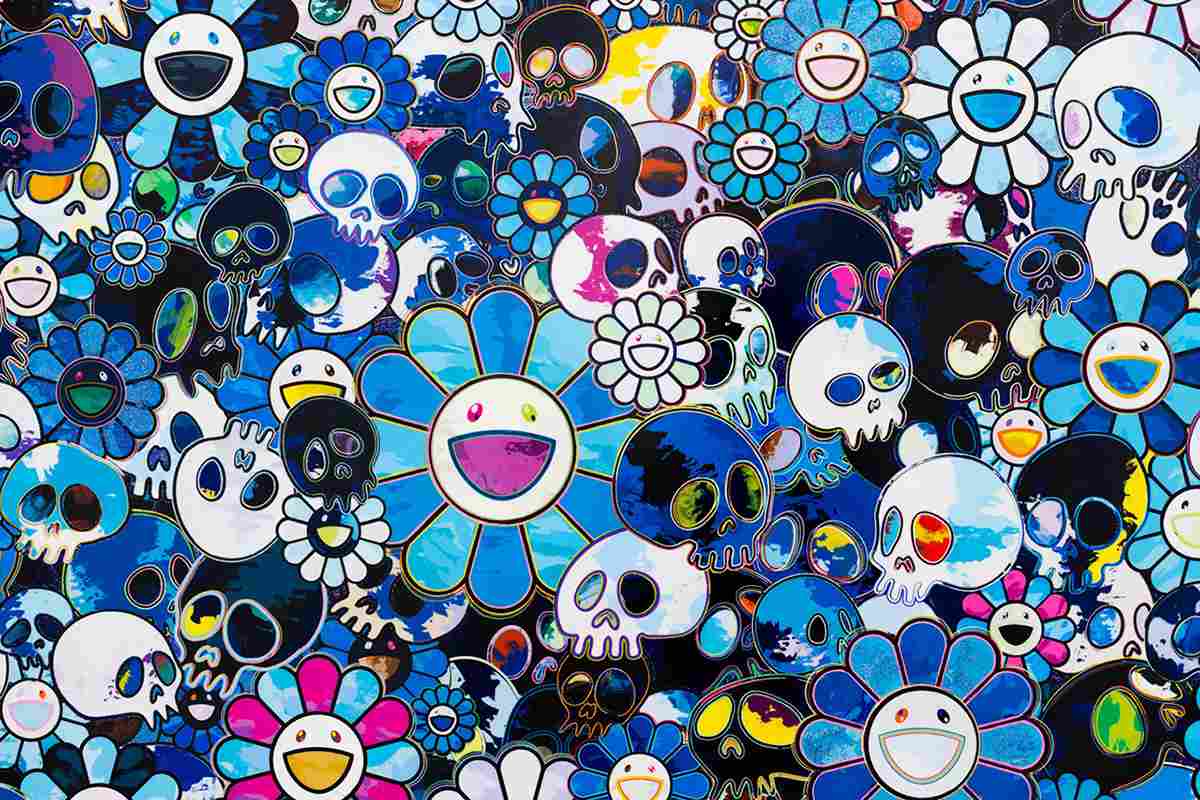 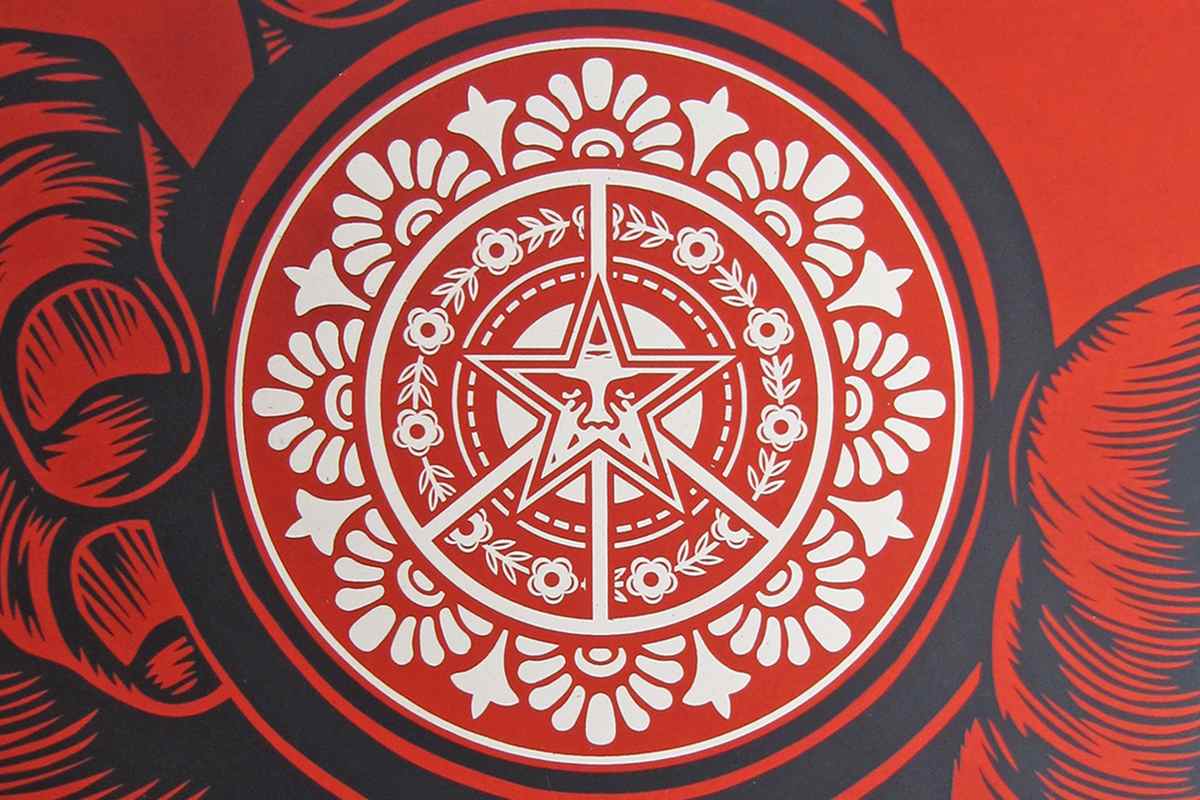 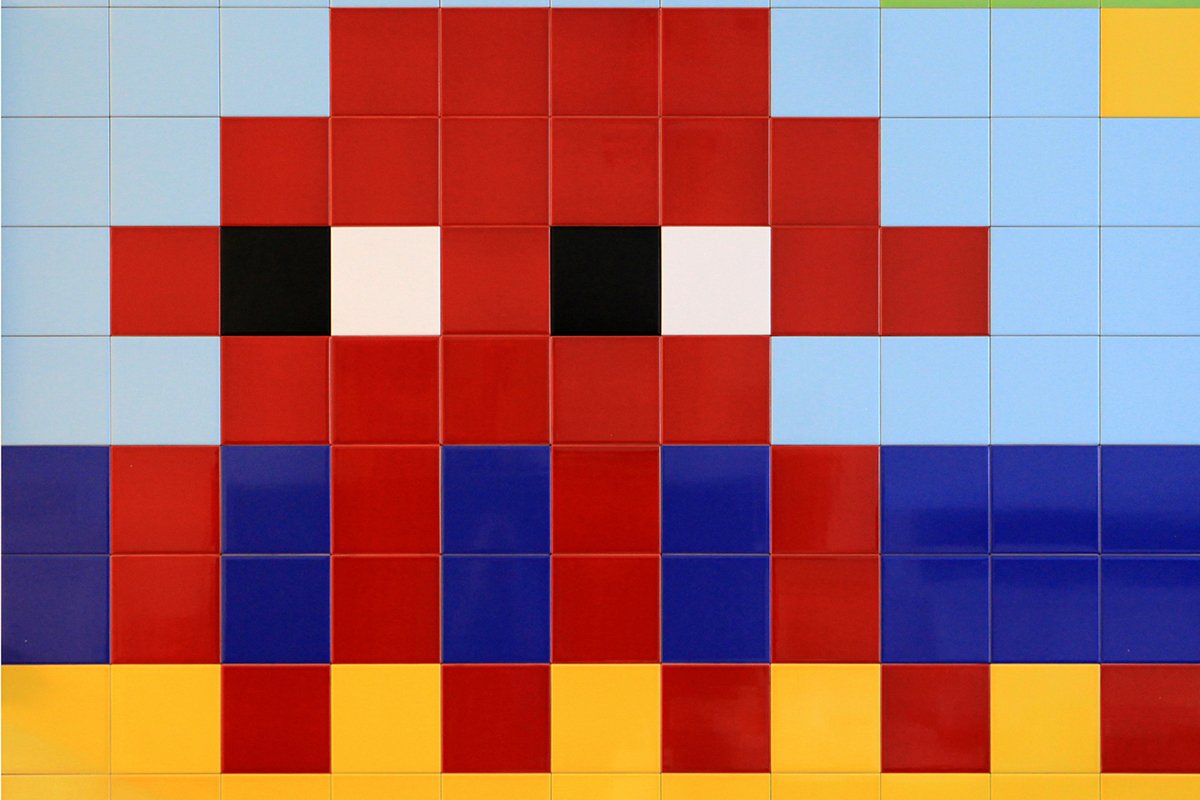 Invader art mosaics are really popular among street art enthusiasts and nostalgic gamers. See how collectors like his work and how much they pay for it