Four New Murals Arise in Madrid Thanks to Urvanity 2018!

After the first edition of Urvanity in 2017, the city of Madrid became five amazing murals richer. This year, once again, the fair will complement the city’s artistic heritage with four mural interventions that will be created between February 21st and 25th in different parts of the Spanish capital. This year, walls will be painted by Alexey Luka, Cranio, Jan Kaláb, and Jana & JS.

The project is made possible thanks to the sponsorship of Tuenti Urban Art Project, an organization that aims to spread Urban Art around the city. They aim to promote it through the work of already established artists, but also give rising talents a chance. They have also been active in universities in Barcelona, Murcia, Seville, Zaragoza and Valencia, where they have organized a series of talks on the subject.

We took a tour around Madrid to catch up with all the artists now painting in the city and check out their amazing works.

An Austro-French art duo based in Germany, Jana & JS produce work inspired by the city and its architecture in the change of time, as well as the residents and the viewers. Using stencils and photography, they create portraits of people combined with details of architecture - always characterized by a play of reflections and transparencies.

The duo has painted a mural in Travesía Almendro, 9 in Madrid, just around the corner of the piece PREF has created last year. Once again working with situations of people in the habitat of the city, they have created a large-scale work that reflects longing and hope. The piece was finished before the fair has started.

Check artist regarded as a pioneer of Urban Art in Eastern Europe, Jan Kaláb completely adopted abstraction in his works, that he keeps on elaborating since 2002. His visual language is characterized by colorful squares and circles, exploring infinite variations in depth, time and motion.

The mural he painted at the Mercado Barceló in Calle de Mejía Lequerica, 10 is a detail of his painting. Being very minimal and sporting Kaláb's signature colors and shapes, the piece is described by the artist as a dynamic rainbow. Even though the surface of the wall is very challenging, the artist is very satisfied with the progression of his work.

A talented and influential young artist from Moscow, Alexey Luka has developed a unique and recognizable style, based on the use of abstract geometric shapes and chromatic variations. Using different techniques, he has been creating complex compositions in which the color and geometric lines interact.

The piece he is painting on a club in Calle Covarrubias, 42 is a continuation of this practice. With a background in architecture studies, Alexey aims to complement the environment he works with - with both imagery and colors. As the artist explains, he sees himself as a guest while painting a mural and aims to respect the surroundings.

Coming from Sao Paolo, Brazil, Cranio is best known for his blue Indian characters that reflect the troubles indigenous people from Brazil face in the unforgiving contemporary world. His works highlight this contrast between their spiritual world and the consumerist and harsh environment, raising questions about the society we live in.

His latest piece is created on a school in Calle Jesús Maestro, 1 in Madrid. It is imbued with the same humor and sharpness as the rest of the work Cranio does. As he explains, the character he painted is a protector of spirituality. In his hands, he holds a rattle sporting the artist's signature symbol - the skull. 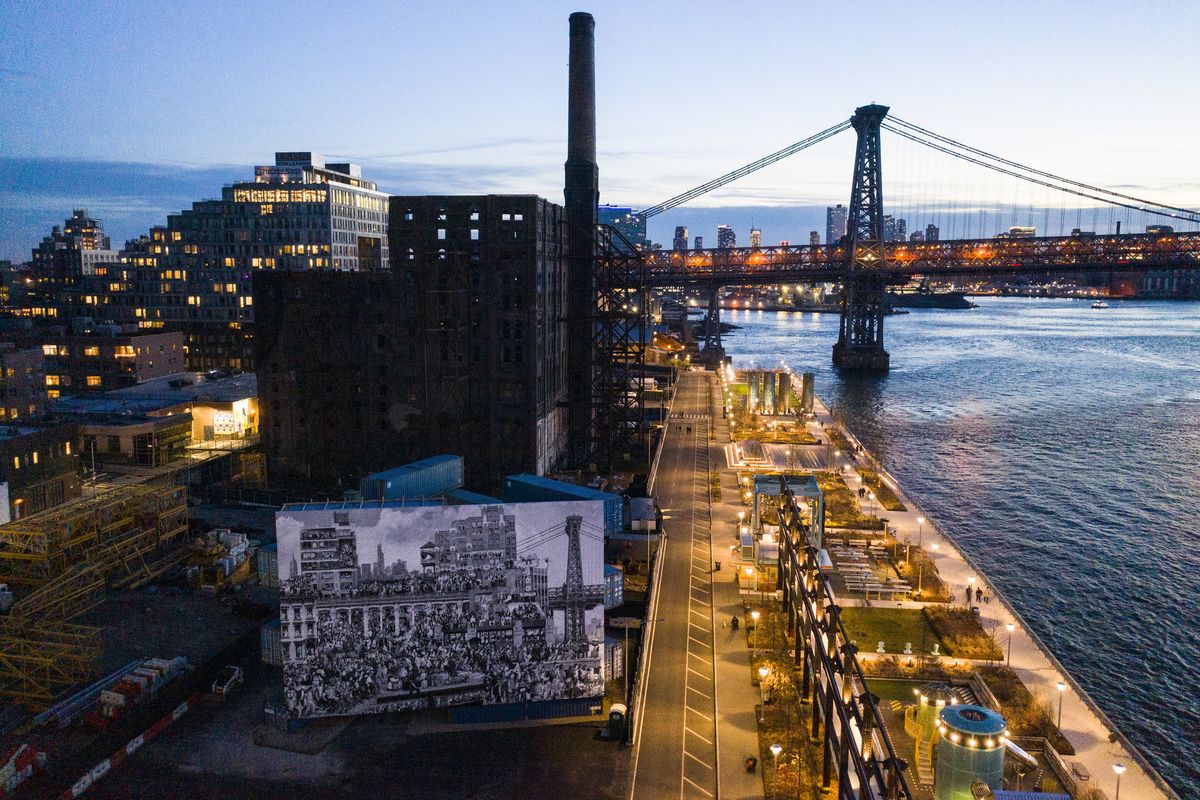 Going back through the month of February 2020, we bring you the best of the best from the international street art and graffiti scene. 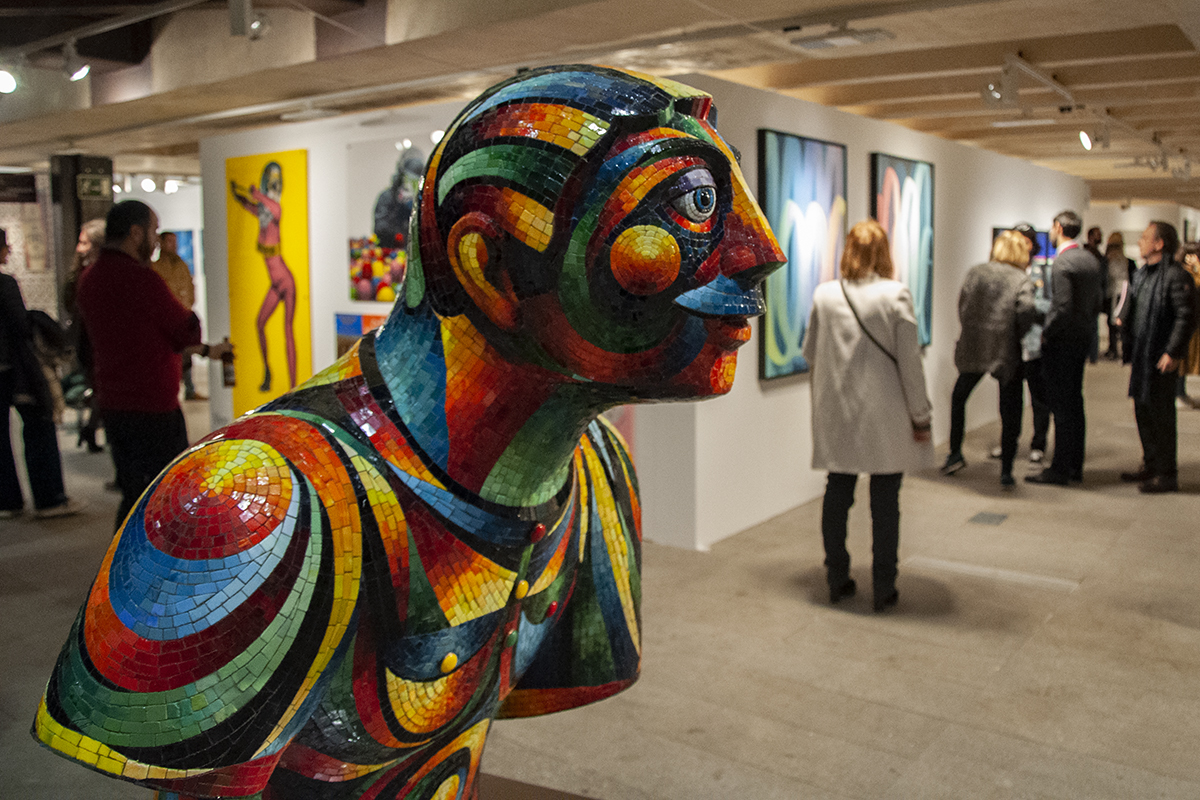 We take a look back at the fourth edition of Urvanity Art in Madrid, the most successful one yet, as painted in these pictures taken by Widewalls. 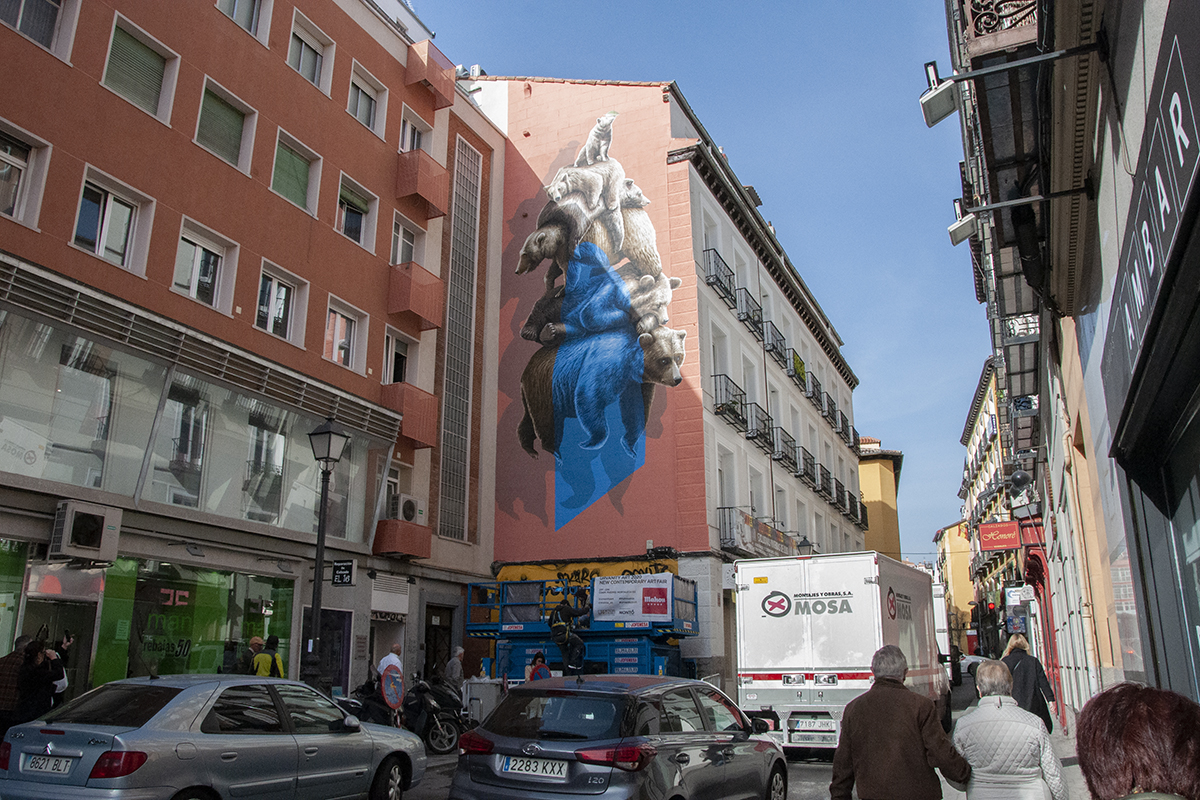 Once again, thanks to Urvanity Art 2020 Madrid gets some brand new murals to add to its already extraordinary collection of public art! Here are this year's walls.