As a source of inspiration, nature has mesmerized artists from the start. The night sky paintings, the images of sunsets, of the beach or of the wildlife, all display a desire to know the world which surrounds us and to fully comprehend the laws which govern it. The mystery which surrounds the sky above us, with its shifts in light and magic of its color combinations, many considered to be too beautiful to even be painted.

Touching upon the ideas of investigation and of discovery, the night sky painting showcases the history of the mankind’s preoccupation with the stars and the world which sits above us. From highly realistic depictions of historical events through to the most abstract images and simplification of forms to mere geometric shapes, the images of night sky painting which follow, act as documents of the past and of artistic innovations.

Depicting the world beyond our reach, and creating an image of the starry night, Giotto di Bondone introduced the world of the expensive blue art pigment. The color, frequently associated with the ideas of the divine, and the spiritual in the 1300’s was considered even more expensive than gold. Much more than the depiction of stars in the night sky, the artist offered to us the vision of what heaven looks like. Dipping the entire ceiling of the Arena Chapel in blue, Giotto further enhanced the magic of the space he was painting, and with it entered the realm of art history’s most enchanting images.

The vastness of the sky and the desire to discover our planet was extremely popular in Europe during the Renaissance. As the region stepped out of the ‘dark ages’, the period sparked innovation in science, technology, literature, and art. Defined as the time of the Re-birth, many scholars, began to look at a sky through less fearful eyes. The world began to open up, and science and art started to merge. Established were major art canons, such as a line perspective, and golden ratio, and many artists devoted their creativity in finding the rules of Nature. The illustration by the unknown artist depicts a scene of discovery and of research which the time was most celebrated for.

Lieve Verschuier - The Great Comet of 1680 Over Rotterdam

The Dutch painter Lieve Verschuier night sky painting The Great Comet of 1680 Over Rotterdam, depicts a scene of a crowd gazing at Comet Kirch, which appeared near the Sun in 1680. Created in the Age of Enlightenment, the painting showcases the awe and inspiration Nature held for artists and scientist alike. Influenced by intellectuals and emphasizing reason and individualism, the Enlightenment saw the influence of science and exploration of the world grow. As such, the scene depicted displays amazement rather than fear in the public which interestingly gazes at the falling star.

Featured image: Lieve Verschuier – The Great Comet of 1680 Over Rotterdam. Image via nasa.gov.org

Briefly returning back to the age of the Renaissance, the following illustration, Beyond Earth Unknown, depicts the influence and the interest in magic and art. Becoming a popular subject matter of the period, magic defined the culture and the intellectual world. Taking inspiration from ancient writings, the rules of Nature were seen to be hidden in astrology, alchemy, and theurgy. Part of a book, the illustration depicts the idea of the world on an edge and possibly helps to describe the understanding of the shift between day and night, Sun and the Moon.

Frederic Edwin Church - The Meteor of 1860

The phenomenon of the night sky remained an occasional subject of artists well into the 19th-century. Often, painters were inspired by historical events, as is the case with Frederic Edwin Church’s painting The Meteor of 1860. Apart from offering to his contemporaries’ image of the night sky painting, and of the fragmented meteor, to us, presently, the painting offers a view of a clear night sky. This, many would agree, is proving a challenge to witness, since the globalization and technological advances have caused major damage to the Earth’s atmosphere. Offering an image from the past, the painting makes us think about our light-polluted skies, while simultaneously hypnotizes us with its beauty.

As one of the most celebrated Post-Impressionist artists, Vincent Van Gogh is praised for his expressive use of color and violent brushstrokes. As such, his paintings are viewed not only as documents of the life surrounding him but as records of the inner turmoil of the artist’s soul. Taking inspiration from the Impressionist landscape paintings, Van Gogh offers us a night sky painting which demonstrates the energy and the passion of its authors. Painted, almost entirely with the use of blue and yellow color, the image radiates like the depicted stars in the night sky over the river Rhone.

Painted by Whistler, Nocturne in Black and Gold, is part of a series of paintings evoking different night time scenes. As one of the leading artists focused on the investigation of the new aesthetic language which promoted the idea Art for Art’s Sake, Whistler’s night sky painting focuses more on coloristic effects as means of creating a particular sensation. Depicting the industrial city park and a firework display in the foggy night sky, the painting’s color choice hint to the narrative of the setting. Not concerned with producing a realistic landscape painting, Whistler’s image forces us to search much deeper and to focus on sensations and emotions image evoked.

In his painting the Starry Night, Edvard Munch, known for his celebrated painting The Scream, disregarded the more picturesque qualities of the night in favor of the emotions that night made him feel. This focus on the inner life and impressions of the artist, alongside the rejection of the Realism style of painting, Impressionism movement introduced at the very beginning of the 20th-century. Inspired by the pure play and investigation of color, Munch and many of his contemporaries, valued tone and the mood over a literal depiction of the real. His painting Starry Night, makes us wonder, what was the state of the mind of the artist which pushed him to produce such a dark and quite melancholic artwork.

This extravagant depiction of Paris was painted by the French Impressionist artist Camille Pissarro. Defined not only as the depiction of the city’s street at night, the image is a representation of the new style of painting occurring by the end of the 19th-century. Focused on painting the images of the new world which were defined by the technological and scientific innovations, Pissarro and his fellow Impressionist artists, introduce the new subject matter, that of the ordinary life. Painting his impression of the street and of the night, the painting The Boulevard Montmartre at Night is considered a masterpiece of French painting.

Aiming for the reduction of Nature to simple yet poetic shapes and celebration of color, Georgia O’Keeffe is celebrated as the Mother of American modernism. A romantic tale follows the watercolor series, to which her image Starlight Night belongs to. Told to have been given to her friend as a parting gift, the series Canyon Suite were originally attributed to the artist, later unauthenticated, only to receive, in the end, the copyright in 1999. Reducing the stars to small white squares, and the sky to a deep blue, the artist celebrates the need for abstraction in art. 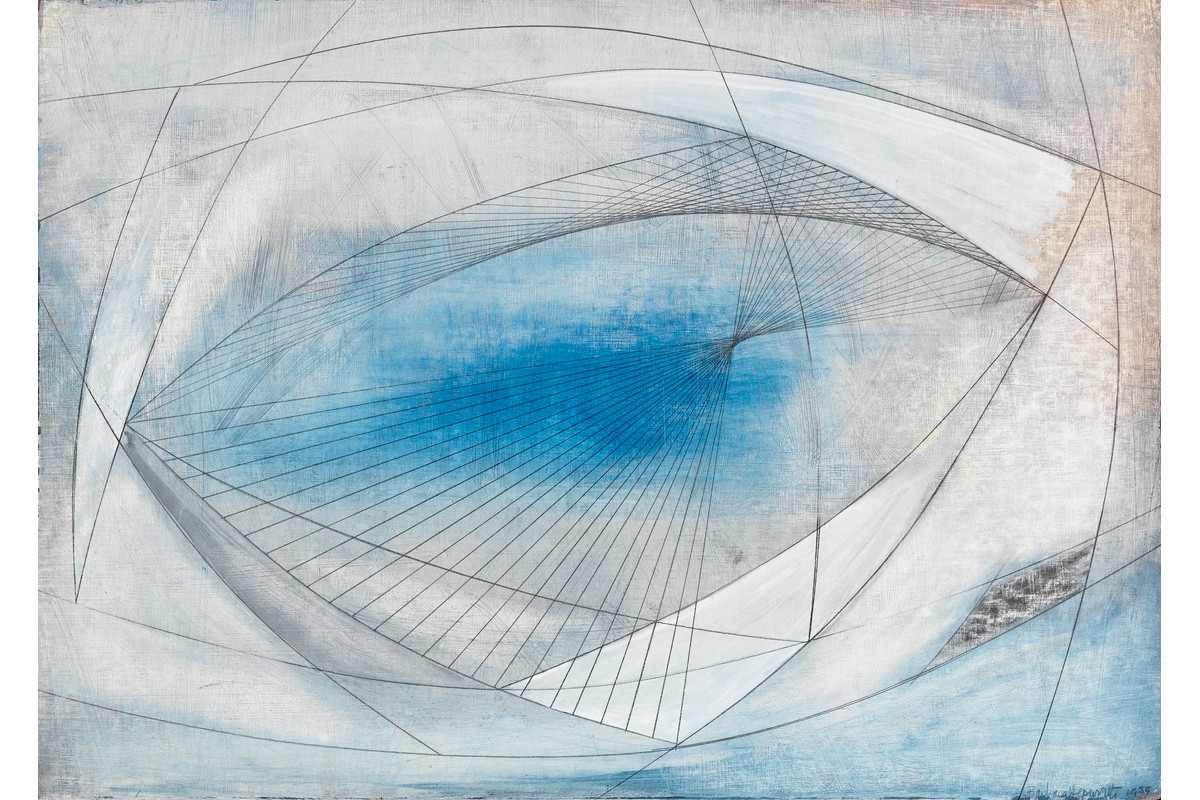 The current exhibition at the Zimmerli Art Museum examines the domains of Dimensionism, a particular art movement focused on science of the 20th century. 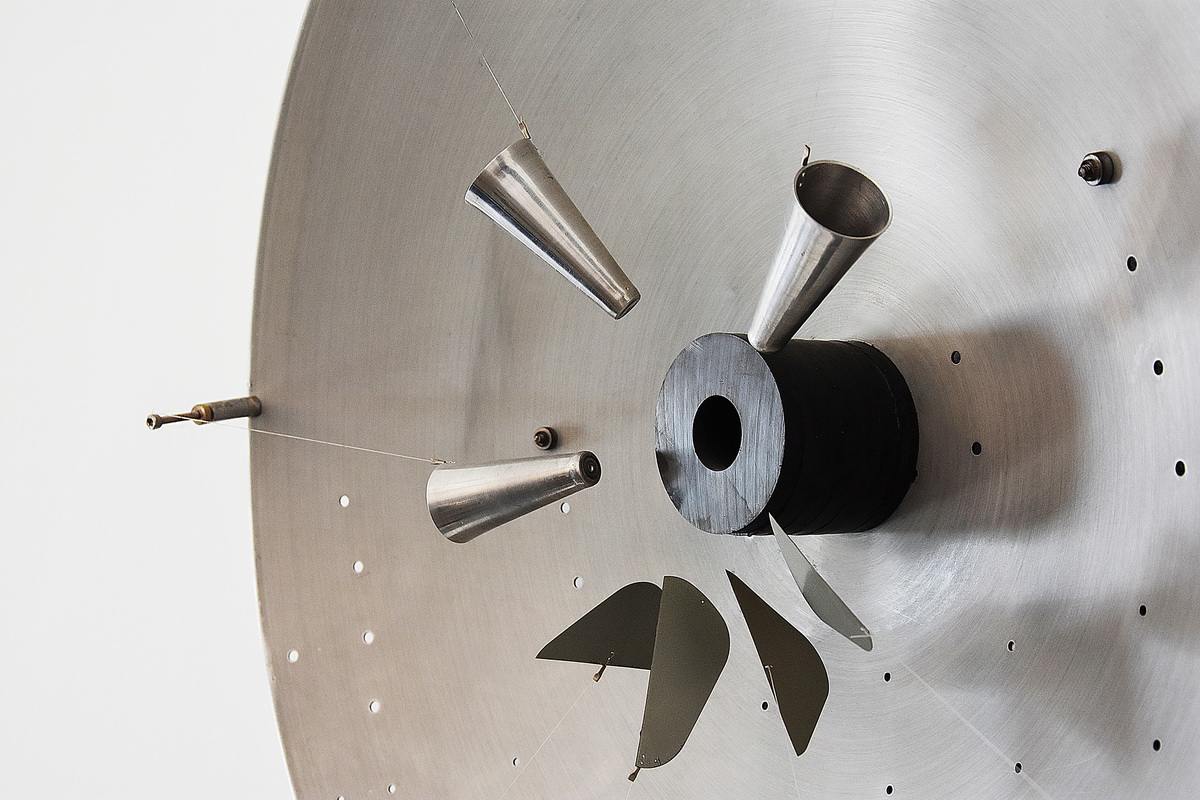 Tate Modern will host an outstanding retrospective of Takis, a genuine innovator and the leading proponent of the kinetic art movement. 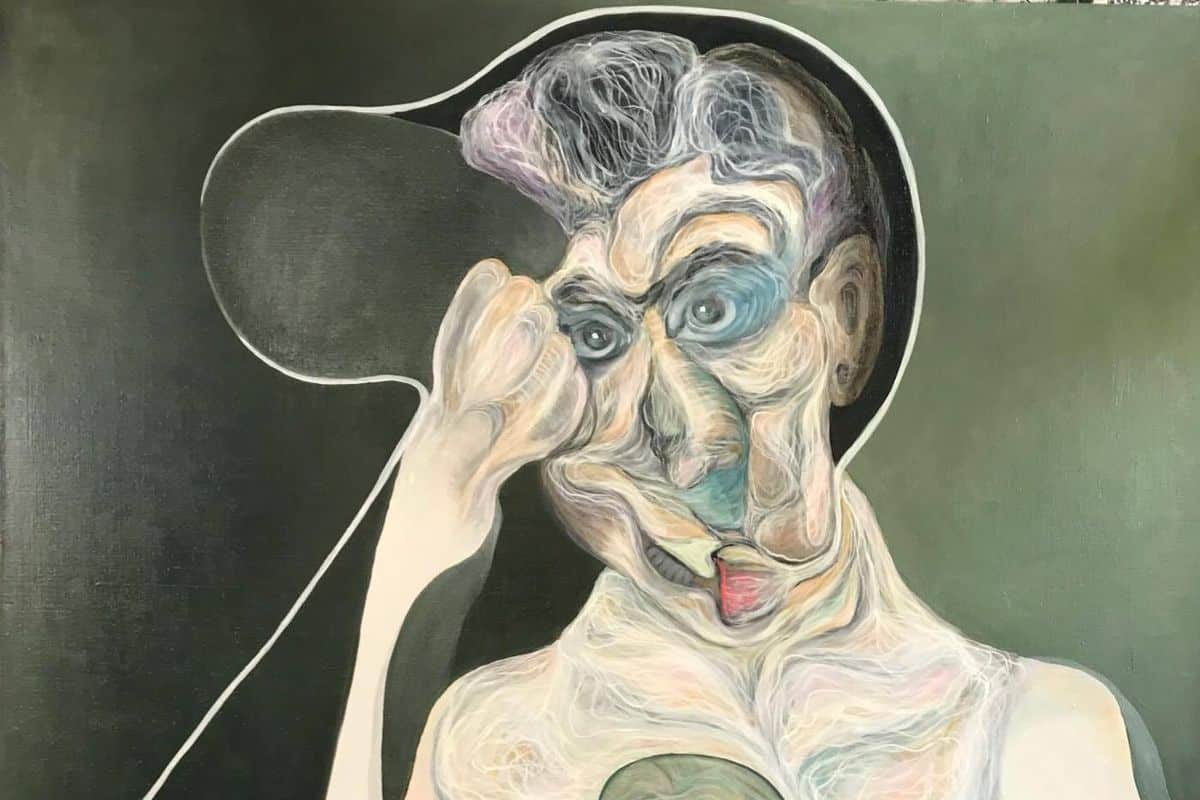 In an exclusive Widewalls interview, the Ukranian painter Sergey Morshch talks about his art practice and its relationship with science and spirituality.