Spanish artist Pejac is a relatively unknown name in the urban art scene. However, his anonymity isn’t expected to last long.  He has already gained attention from a number of media outlets and from galleries and institutions like the Saatchi Gallery and Greenpeace.  While he mainly does street art, Pejac has decided to celebrate the launch of his new website be releasing his first hand-finished limited edition print release.  The print, entitled “Seppuku,” will be released on May 28 on his website.

Pejac may be young and fairly new to the street art scene, but his works are already being mentioned in the same breath as urban art master Banksy.  However, there’s a major difference between the two.  While Banksy creates murals that are often political, Pejac’s works are much more minimalist and understated, and he rarely has any message in them.  Some of his works have a playfulness to them, while others show his serious side.  Some are simple transformations, such as a street drain changing into a barcode.  Others depict silhouetted people going about their business.  A number of his pieces depict people and objects exploding into flocks of birds.  That’s not to say he never has a message; an image of the continents of the world draining into a sidewalk water drain may have a touch of political thought in it.

For his first print release, Pejac created a piece he calls Seppuku.  Sepukku is the Japanese term used for a form of ritual suicide that was often performed by samurai who felt that they had brought shame upon their master.  The samurai would cut their abdomen with a short blade, then bow forward so they could be decapitated by another.  In Pejac’s image, the figure uses a longer blade and has stabbed it through his entire body.  When it comes out of his back, however, it has transformed into a blooming tree branch. There is no background detail, and the figure is presented in shades of grey.  The only color on the piece are the blooms on the branch, and each of those was hand painted by Pejac using watercolor.  The print will have a limited run of 70 pieces and is available after the jump.

Born in Santander, Spain, Pejac studied fine art at the University of Barcelona.  While it’s his street art that is gathering followers, Pejac also works on canvas and other media, creating everything from small prints to large outdoor murals.  He currently lives and works in Barcelona. 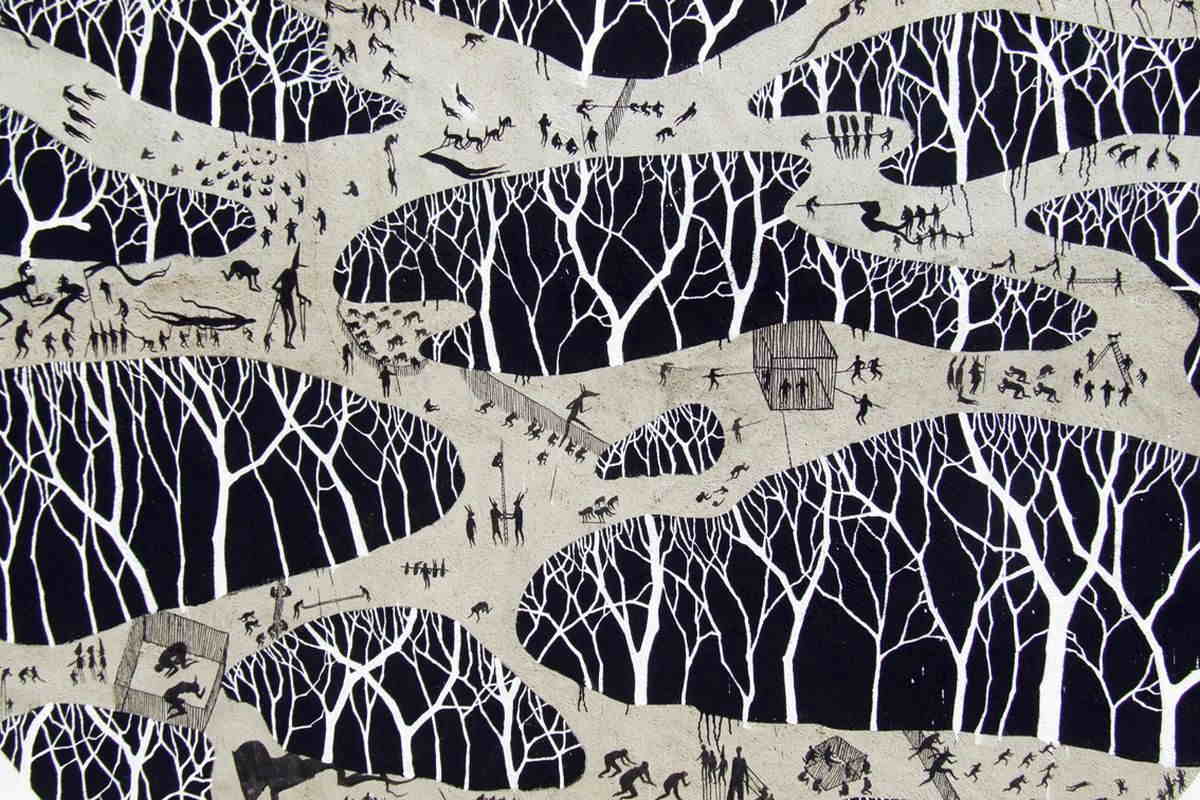 Learn more about the most famous Spanish artists who have contributed greatly to the contemporary and urban art scene. 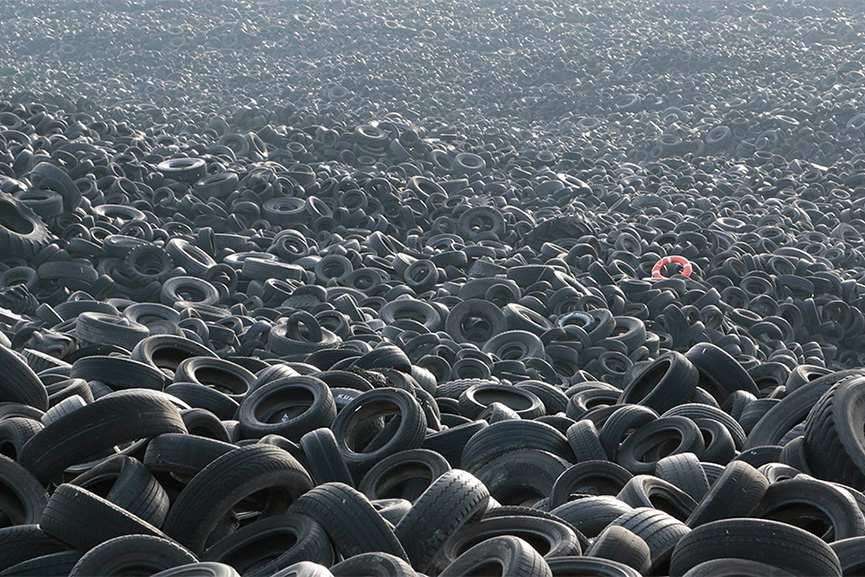 A fictional idea, which was not that likely to come true, became real almost by accident. Pejac made a small intervention in an already existing environment. 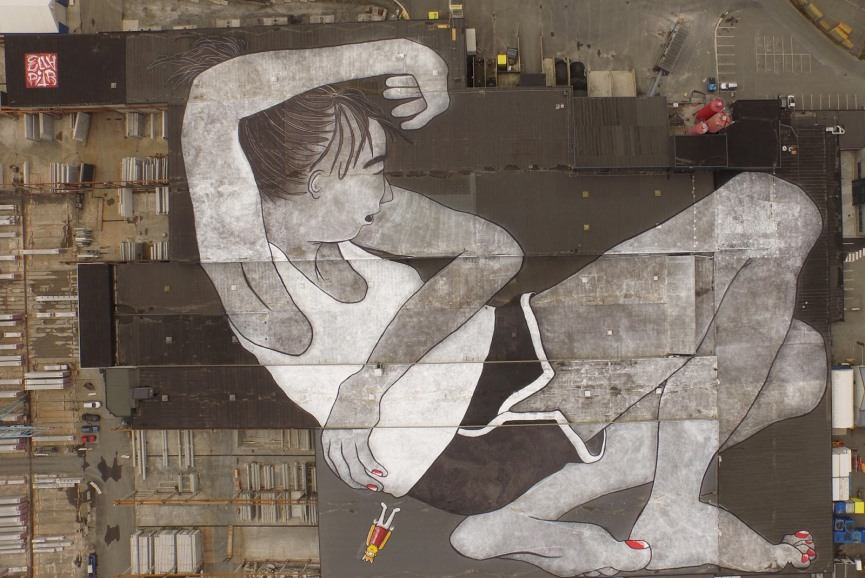 Nuart festival 2015 is opening! We report right from the spot, and present you the works by Dotdotdot, Ella&Pitr and Pejac.