Many photogram artists today know that they owe to an element of chance the discovery of the photographic process called photogram. It was the surrealist, Man Ray, who discovered this method once he placed a small glass funnel, graduate, and a thermometer over an unexposed piece of paper that has been previously by accident submerged in the developer. Once he turned on the light and noticed the silhouettes of the objects starting to appear, the ‘AHA moment’ and the beginning of the experimentation flourished. The resulting photos he called rayographs. But, it was the Hungarian artist, Moholy-Nagy, who coined the term photogram, also known as the cameraless photography. The process is fairly simple. It utilizes the rudimentary photograph principles, the placement of the objects on a photosensitive surface and the brief exposure to light, creating an obstructed x-ray image.

The recent boom of artists and photographers who are going back to the darkroom and prefer the experimentations of the past to the digitalized image creation is changing the photography scene and at the same time, the richness of experimentation and play feeds our eyes with beautiful images. Continue reading and find out the top artists that use this process of the past, and who are not afraid to play and who don't need a camera to create their beautiful images.

This book is a useful guide for anyone who loves the experimentation and alternative processes. Covering both analogue and digital techniques, the process in the darkroom, or an improvisational setting including the kitchen and the sink, this book will for sure broaden your horizons and at the same time give you the necessary technical advice to continue with your practice. Filled with exceptional imagery and examples of work by the different artists, this book pays attention to the historical roots and informs the reader of the path that leads to digital manipulation of images.

Our list needs to begin with one of the leading photographers who dedicated his career and practice to the extension, and exploration of both the practice and the theory concerning the photogram. Bringing renewed ambition to the photogram process, in both scale and visual treatment, the photographer Floris Neusüss was a well-known teacher and writer of camera-less photography. His own work explores the opposite worlds of black and white, light and shadow, movement and stillness, presence and absence, and the translation of the three-dimensional objects into two. By the removal of the object from their physical context, Neusüss challenged and encouraged the viewer to think about the essence of form. Most of his works are submerged in the feeling of surreal detachment and often explore the subconscious, mythology, history and nature.

Since the mid-1980’s Garry Fabian Miller has specialized and focused his artistic practice to the camera-less photographs. This internationally recognized photographer creates his minimalistic images with the use of the darkroom process. By shining the light through the colored glass vessel and placing over it the cut-paper, his method of working recall the earliest days of photography. His minimalist red and black images refer back to the earliest notions of color categories, where the beginning was in light and dark, i.e. black and white, followed closely by the explosion of the red. Miller’s images suggest the primal experience and definition of color and shapes that can have multiple readings and his fine art photography reference the conceptual and minimalistic interest of many different artists.

Susan Derges turned to camera-less photography after she experienced the frustration and the separation of the subject and the viewer that in her view traditional photography creates. Her first experimentation with the camera-less created images occurred while she was in Japan. Exposing her images to the sound waves of different frequencies, and prior to that, sprinkling carborundum powder directly onto photographic emulsion, Derges created ghostly black and white images of natural order and chaos. Involving the nature in her world, her body of work in the series River Taw, where produced at night. The artist placed the photographic paper on the riverbed allowing the images to be exposed to the light of the moon, added by the flashlight. Nature for Derges becomes her darkroom and we can only stand in awe and admire the beauty of her images. Always experimenting and researching the image creation without the aid of the camera, Derges explores the relationship between nature and the human beings, the constant connection and separation and her images convey metaphysical and metaphorical layers of meanings.

Pierre Cordier - The Creator of Chemigram

Working more like a painter or a printmaker, Cordier replaced the canvas or printing plate with the photographic paper. He was the inventor of the chemigram technique that combines the physics of painting- varnish, wax, and oil and the photographic process, and creates the works that are impossible to be realized in any other medium. Over the years now, Cordier has explored the potential of the chemigram like an experimental scientist, and it is no surprise then that his abstract images give precedent to the process of creation rather than the final image. Making the technique his preferred choice over a certain style, Cordier is a true explorer of the camera-less image creation.

Adam Fuss - The Search for the Unknown

Originally trained as an advertising photographer, Adam Fuss rejection of the mass production of generic images, lead him to the treasure chest of experimentation of the early photographic techniques, such as photograms and daguerreotypes. Interested in making unique works of art, Fuss is aiming for the discovery of the unseen. Fuss’ unusual choice of subject matter infuses his contemporary versions of photographic experimentation with a deep psychological intensity. Some of Fuss’s most famous works include images of babies in water, christening dresses and snakes. Conceived as visual elegies and drawing upon his childhood experiences, Fuss’s works explore universal themes of life and death and are an expression of the ephemeral.

Dan Peyton is one of the cyanotype process purists. Creating his images on the coated paper and then exposing it to the sunlight, he surrenders to a subtle element of the unknown. The height of the sun, contours of the object, the age of the chemicals, all contribute to the making of his images that are reduced to the shadow like, powerful and simplified symbols. Reminiscent of the architectural blueprints, Peyton’s subject matter often includes birds and flags. It is, in fact, the shadow of the object that creates the image, and as such a certain philosophical and metaphysical element can be applied to his blue images. The simplicity of his images is governed by his choice of the historical process originally developed in the 19th Century.

Combining the intense flashes of light, and the capture of the shadows on large sheets of photographic film with the use of highly sensitive material, requires total darkness. This leaves the artist Ethan Jantzer almost senseless, as the sense of touch is the only sense left for him to rely on in the dark. By casting light from various angles and distances, Jantzer is able to manipulate and to an extent control the shadow he captures. The subtle limitations of the photogram process, allow for the subtle surface details to become the focal point within the finished image. By reducing his images to nothing more than a series of shadows and silhouettes, Jantzer’s works exists and levitates between a realistic and an abstract. The study of light, color, and texture, stretched the process and the limitations of photography.

Thomas Ruff - A Chance Meeting Leads to a New Medium

Thomas Ruff’s recent works, explore, similar to the artists already mentioned in this list, the photogram process. His photogram series depict abstract shapes, lines and spirals in seemingly random formulations with varying degrees of transparency and illumination. Owning in his collection two photograms by Art Siegel inspired Ruff to try this process himself. Realizing from the beginning the restriction of the size of photograms that are influenced by the paper size, Ruff aims to produce large-scale photograms, and to create modern photogram images. The custom-made software program does the process of exposure and connects the artist’s photogram images to the images of Ruff’s zycles series, a body of work created by the computer-generated abstract line drawings based on algorithms.

What seems to be the element that joins all the eight artists from this list is their love for the process and the need for the thrill of the experimentation and the wait for the end result. Almost like an alchemist studio, the artists that practice and explore the limits of the camera-less image production, without a doubt, reference the past but still manage to create highly innovative and original pieces.

Be sure to check out pieces by Thomas Ruff on our marketplace! 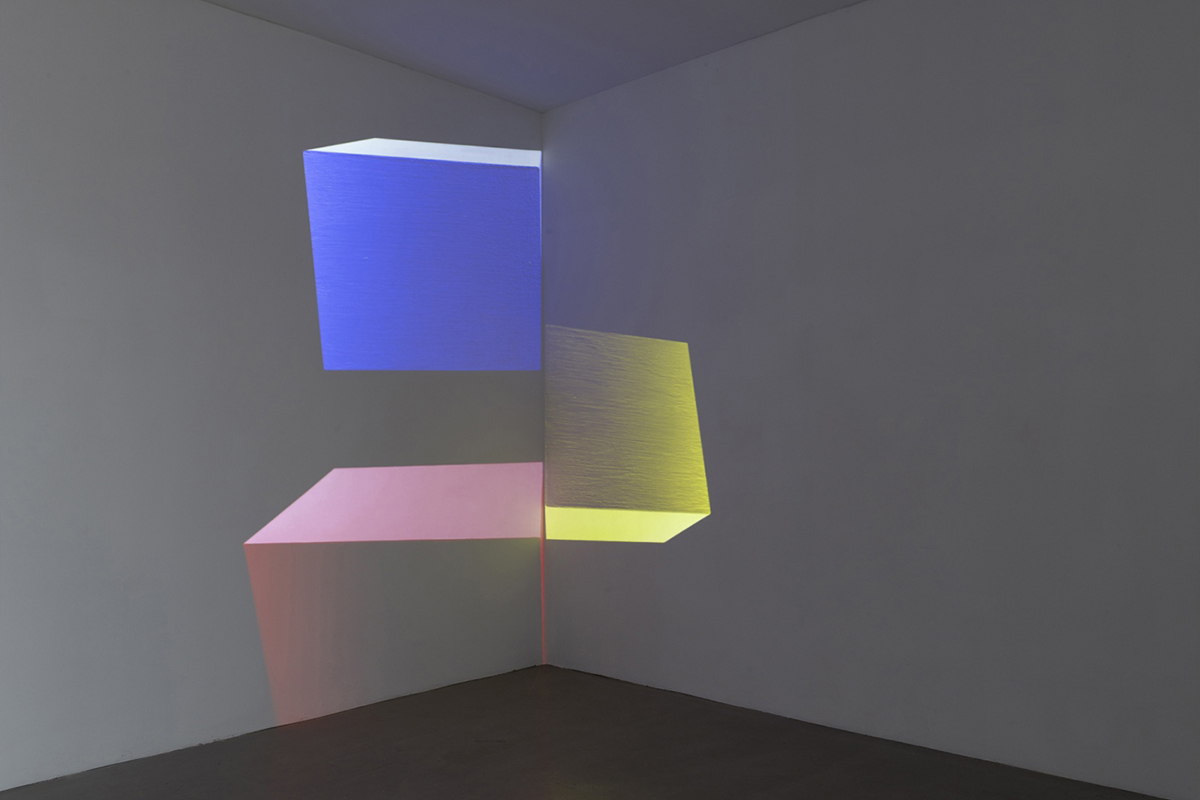 The magical abstract photographic works by the legendary Barbara Kasten get a museum show at the Kunstmuseum Wolfsburg this summer. 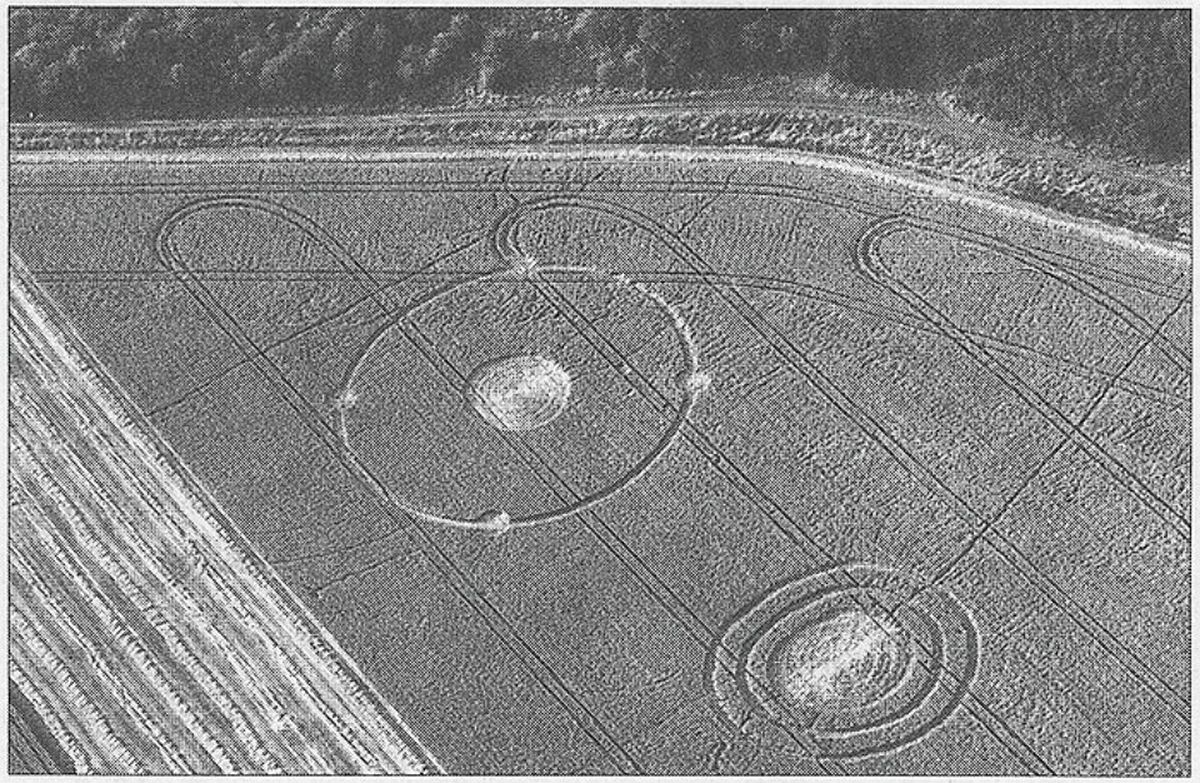