Pittura Metafisica and the Secret Behind It

The year 2017 will mark the centenary of Pittura Metafisica, as a formally established school of art defined by Giorgio de Chirico and Carlo Carra. Metaphysical painting, which is how we translate the original Italian title, wasn’t around for long, but it was the one to inspire and inform the possibilities of visual representation, especially the aesthetics of French surrealism. Still, if you consider that metaphysics questions more than what we are able to see with our bare eyes, you’ll come closer to the mindset that impelled de Chirico to define this style using this particular term. In fact, the word “style” could be misleading or undermining, given that the approach was based on ontology of the visual and its capacity to confront reality.

Some historians point out one of de Chirico’s early paintings, The Enigma of an Autumn Afternoon, as the first and the defining work of the upcoming movement. According to a review written by Paolo Picozza in 2010, the painting contains all of the issues that could display themselves as relevant to the subject of metaphysical painting. Its title is simultaneously descriptive and intriguing, showing a capacity to reveal and to provoke at the same time, which could also be used to describe the visual notion and content of the painting. While it gives direct information, such as “autumn” and “afternoon”, it also suggests a mysterious component – the Enigma. The title asks the viewer to contemplate on what the enigma could be about. Florence’s piazza that appears in the image is recognizable, and yet slightly distorted, indicating that there is more to the piazza than we are able to see at once, with our eyes, as ordinary observers.

What is Pittura Metafisica?

The brief analysis of the painting is generally applicable to the very concept of Pittura Metafisica. The idea behind it relies on a supposition, or rather a decision, that the physical world is not presenting reality as it is. Therefore, we need to consider more than just the figurative and more than the bodily, to understand “that which cannot be seen”. Ultimately, this renders Metaphysical Art as a movement that refers to “The All”, a unity of all aspects of being. Strinati even relates the momentum of Pittura Metafisica’s conception to de Chirico’s physical state, since it was a period of time in which he was recovering from an illness, and therefore aiming to reconcile his body, spirit and soul and to achieve the harmony of being.

On the other hand, de Chirico’s way of thinking was heavily influenced by Nietzche and his speculations on the “eternal return” and the non-linear nature of time. Both the great painter and his brother, the writer and the musician Alberto Savinio, found Nietzche’s philosophy congruent to their attitude and a sort of melancholic, nostalgic nature. The brothers believed that the events from the past are prone to reoccur, but that this circulation of being is masked by appearances. Therefore, De Chirico aimed to dismantle reality through a literal change of perspective, the alternation of shadows and light, and a reinterpretation of mundane objects, which undoubtedly challenges the viewer to contemplate the piece and to search for the virtual which the actual stands for. To achieve this, de Chirico used familiar subjects and popular artifacts (such as the previously mentioned piazza in Florence), and placed them into unexpected contexts.

"I believe that nothing can be more abstract, more unreal, than what we actually see. We know that... the objective world... never really exists as we see and understand it... has no intrinsic meaning of its own, such as the meanings that we attach to it." - Giorgio Morandi

Although metaphysical art encompasses a spectrum that extends beyond painting (Schola Metafisica, which also involved de Chirico’s brother), there was a unique quality in painting that made the medium adequate. Given that one of the main ideas was to attain the truth through a perception of the whole, the ability to observe all elements at once was entirely possible only through this particular genre. That is, we do not need to go through the elements of an artwork in a particular chronological order, and hence to contradict its “wholeness”, in order to acknowledge what is being represented. The medium brought together De Chirico and Carra, who met each other in a military hospital in Ferrara, Italy, during World War I. The Metaphysical school was founded shortly after, in 1917, and it attracted artists such as Giorgio Morandi, Filippo de Pisis and Mario Sironi, who centered around the two painters.

According to our history, the short period between 1911 and 1920 is the one reserved for Metaphysical Art and its development, which, considering the grandiose undertone that lingers around it, comes as slightly disenchanting. Allegedly, the untimely termination of the movement was due to a conflict between two initiators (de Chirico and Carra), who couldn’t agree on who was the founder of the group. On the other hand, both artists developed different aspirations in the 1920s, which could be regarded either as a consequence or one of the reasons for the dissolution.

Carlo Carra soon started experimenting with different inputs and discovering a new phase of his career, which finally made him return to archaism, inspired by Giotto. Still, he is best known for his futurist works today, although most of them were made before the Metaphysical Art phase. De Chirico applied himself to neo-Baroque painting in the 1930s, but his later works never achieved the same recognition as the early ones. This could be the reason why he returned to re-interpreting his work in the final chapters of his oeuvre.

A Far-Reaching Concept: Influence on Surrealism

Reportedly, the legacy of Metaphysical art owes much to Andre Breton, who discovered one of de Chirico’s paintings on view at Guillaume's Paris gallery. The writer was compelled by the painting, and the group of surrealist who were his admirers embraced many aspects of metaphysical painting, giving them a new glare. If you look closely enough, you will even find easily identifiable similarities between Dali’s surrealist landscapes and de Chirico’s empty piazzas. In a way, Pittura Metafisica was extended through the works of surrealists.

The introduction of a different outlook on the world was apparently a trending topic in the first decades of the 20th century, and you can find similar ideas in Cubism, Futurism, Dada and abstract art in general. De Chirico’s approach was only one individual interpretation of a loosely defined, yet strong concept, which sought to find new reality, within or outside the existing one. The war and its aftermath served as a fertile ground for these ideas to emerge. It was de Chirico’s decision to express absence and emptiness in visual terms, making them the key elements of his painting. That which is not there – perhaps because it was a time when you had too much to lose. 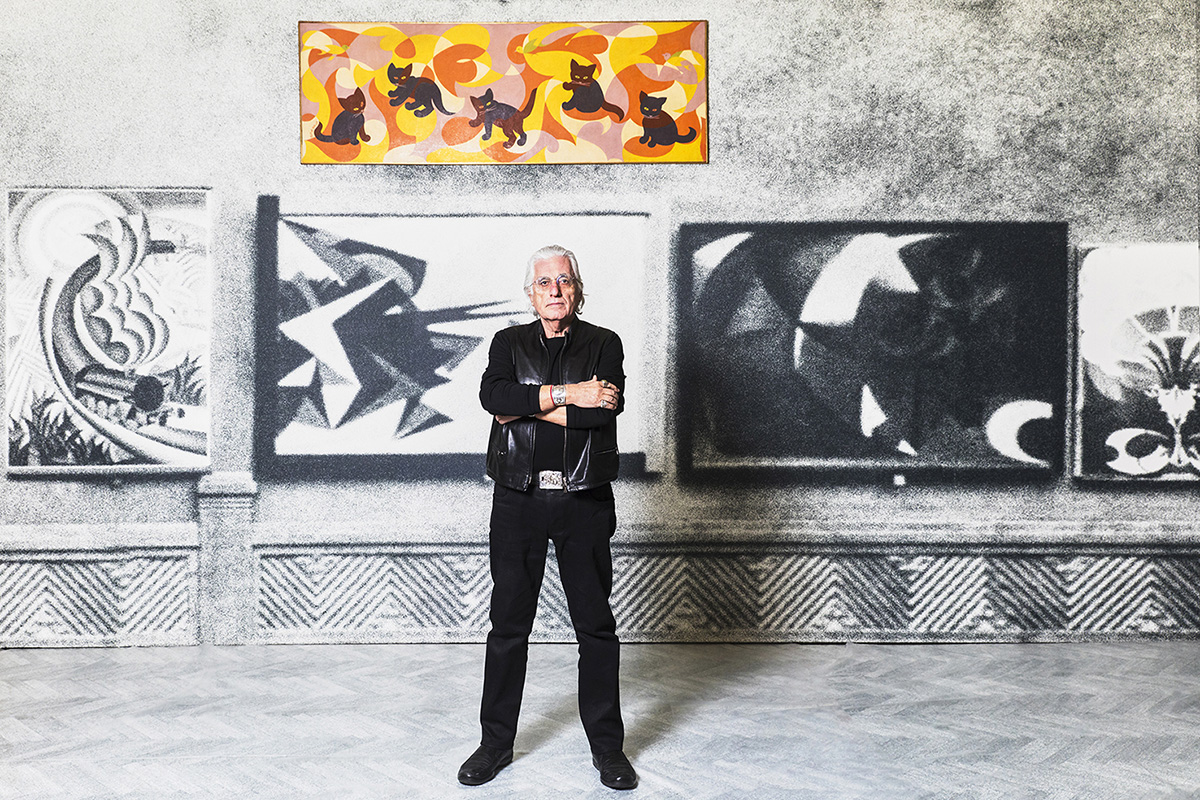