Stories that Raised so Many Art World Brows in 2015

As we’re slowly making our steps towards the next year it might be a good time to recollect some important art events that have marked the last 355 days. In 2015, we wrote about some extraordinary things happening in the art world, unique and original achievements that will enter the art history, artistic initiatives which restored our fate in humanity and placed some smiles upon our faces. However, we’ve also witnessed some not so enjoyable or praiseworthy events. Events that were controversial, shocking, thought provoking or just provocative. In life, as in art, there are always those stories that make us nod in disbelief, cry of sadness and glow with anger and frustration. From art scandals, arrests, and lawsuits, to tragic deaths of the beloved artists, we are taking a closer look into those stories that have shown us the darker side of the art world making us question the state of our society and the absurdity of the world we live in. In the following paragraphs, we are bringing a recap of those shocking stories from the world of art that captured your attention over the course of 2015. Scroll down and have a read…

Dmitry Rybolovlev and Yves Bouvier - Art Scandal of the Year

In November, the Russian oligarch, Dmitry Rybolovlev was summoned to answer some questions by the local prosecutors. Reason being the billionaire’s Swiss art dealer Yves Bouvier, and the accusation of swindling up to a billion dollars from his wealthy Russian client. It is actually three Swiss men who are suspected of scamming Rybolovlev that got arrested in Monaco on the morning of February 25, 2015. The accused are suspected of selling dozens of Old Masters paintings to the Rybolovlev family at inflated prices with false documents. It turned out to be an art scandal potentially lasting for over 10 years.

This is one of the saddest events in 2015 that has dispirited street art community and art lovers everywhere. Californian street artist Antonio Ramos was murdered on Tuesday, September 29th while painting a cityscape in Oakland. Antonio Ramos and a group of street artists were painting a large-scale mural designed by the middle school children for the Oakland Superheroes Mural Project, addressing the problem of violence in local communities, when the group was approached by the man who was messing with their materials. The victim had gotten into an argument with an unidentified man and when the confrontation escalated, the man fired his gun, shot Antonio Ramos and ran away.

Read the full story here, and hope that we won’t see events like this happening in the future!

Refugee crisis was one of the most complex and serious issues the world was facing in 2015 and the problem is ongoing. Artists were also engaged in the discussion in one way or another, but the most controversial take on the migrant crisis was definitely the work of Hungarian photographer Norbert Baksa. Norbert Baksa has created a series of photographs and named it Der Migrant, to show us his view of the whole refugee crisis, in which Hungary has an important, but not a praiseworthy role. He depicted a young and beautiful (and semi-nude) model Monika Jablonczky as a refugee in front of the barbwire taking selfies in designer clothing and provoking some angry reactions from the European public.

Read full story about the photographer who has outraged the citizens of Europe!

At the beginning of the year, one of the most popular stories that made the headlines was the one of Luc Tuymans violation of copyright law. A Belgian judge has found the renowned artist Luc Tuymans guilty of plagiarism over a portrait of politician Jean-Marie Dedecker he painted in 2011, titled A Belgian Politician. The action, in civil court, was brought by photojournalist Katrijn Van Giel, who was seeking €50,000 in damages against the artist, claiming the painting by Luc Tuymans was a copy of her photograph of the politician taken in 2010 and was in violation of copyright laws. Luc Tuymans vs. Katrijn Van Giel case raised many questions about fair use, appropriation and copyright in art.

Read more about the lawsuit here!

Shepard Fairey vs. the City of Detroit

One of the most talked about events in the street art community in 2015 was certainly the arrest of Shepard Fairey and vandalism charges against him. According to the Detroit city attorney, the author of the famous Obama HOPE poster caused $30,000 of damages – and counting – done on six private and three city-owned properties in Detroit. As a result, Shepard Fairey is charged with malicious destruction of property and the preliminary hearing was scheduled for September 1st. The vandalism charges against Shepard Fairey caused quite a controversy among the general public and everybody is eager to know how this case untangles in January, 2016.

The copyright infringement lawsuit that definitely sparked conversations and captured your attention was the one filed by graffiti artist Joseph Tierney, also known as Rime, who sued the Italian designer Moschino and its creative director Jeremy Scott over their graffiti dress, which was, among others, worn by Katy Perry. Singer worn this dress in May, when she attended the Gala, a high-end party that was organized by the Metropolitan Museum of Art in New York City. As it was stated in the suit, not only that the singer and Jeremy Scott wore a problematically designed clothes, but also arrived in front of the Met in a spray painted Rolls Royce, carrying cans of fake spray paint, that were branded by Moschino – as if they have created the design of clothes and a Rolls Royce themselves.

Check out the complete story!

Cope2’s Arrest and the Following Statement

Now, this is a story that raised a fuss in the community of our devoted readers. Graffiti artist Cope2 was arrested in September after an incident that took place at the Houston Bowery Wall while Futura was painting his mural. The police report told us that the arrested artist has been threatening someone, and in an exclusive statement from Cope2 we got a glimpse into what happened and who that someone is. Among many other interesting things, Cope2, the artist who is no stranger to controversies, stated that he is fed up with all the disrespect through the years triggered by jealousy from his fellow artists and the public.

Moving on to some absurd news that made the headlines. Like this one when Banksy’s real identity was discovered! Again! The story goes as follows: Banksy’s fans have spotted and photographed a man at Dismaland bemusement park in Weston-Super-Mare that bore a “striking resemblance” to the famous street artist and was “disguised” as a parking attendant. The theory was shattered once the local authorities at Weston-Super-Mare confirmed that the old man who is wearing a parking attendant uniform is, in fact, a parking attendant. Anyway, it was one of the funniest stories of the year.

To get insight into the complete theory of Banksy’s identity click right here!

On November 6th, Graffiti artist Retna, attended the opening of the exhibition at Soze Gallery in West Hollywood, and for unknown reasons, smashed three sculptures which were on display. Retna first destroyed ceramic works and then tried to replace one of them with a plant that was standing by. Many of the visitors of Soze Gallery were too scared to take any actions and stop Retna from destroying the pieces because of his history of violent altercations and to this day, nobody knows what triggered Retna’s tantrum. Nonetheless, it was an event that scandalized the art world and made news readers go wild in their social network commentaries.

In 2015, the artists targeted presidential candidate Donald Trump on many occasions, mostly due to his misogynic, homophobic and racist statements. Fernando Sosa, Mexican 3D artist based in Miami who goes by the name Political Sculptor, turned Donald Trump’s image into a controversial butt plug. The inspiration for making the Donald Trump sex toy came not only as the result of the artist’s political conscience but also a question of personal matter. Fernando Sosa’s intervention was one of the most interesting takes on Trump’s political views and a warning to all politicians and public figures who deliberately make offensive statements. 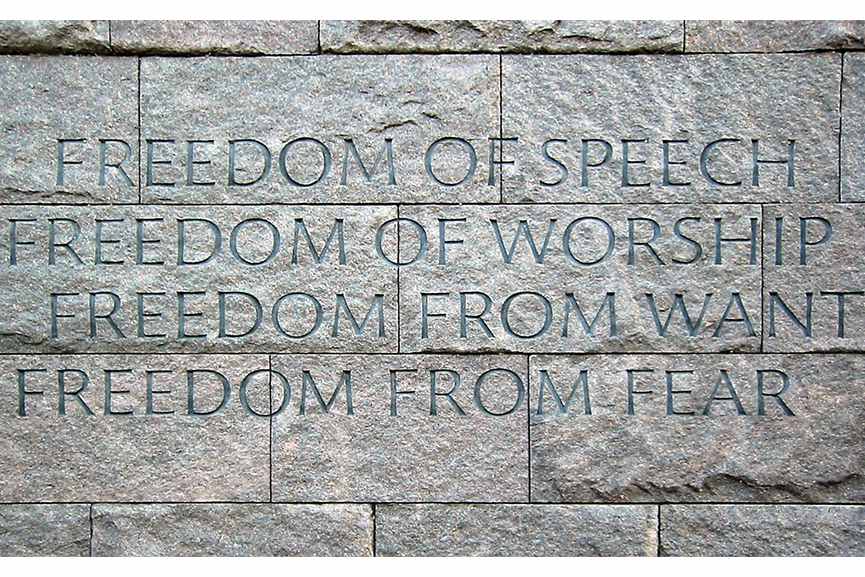 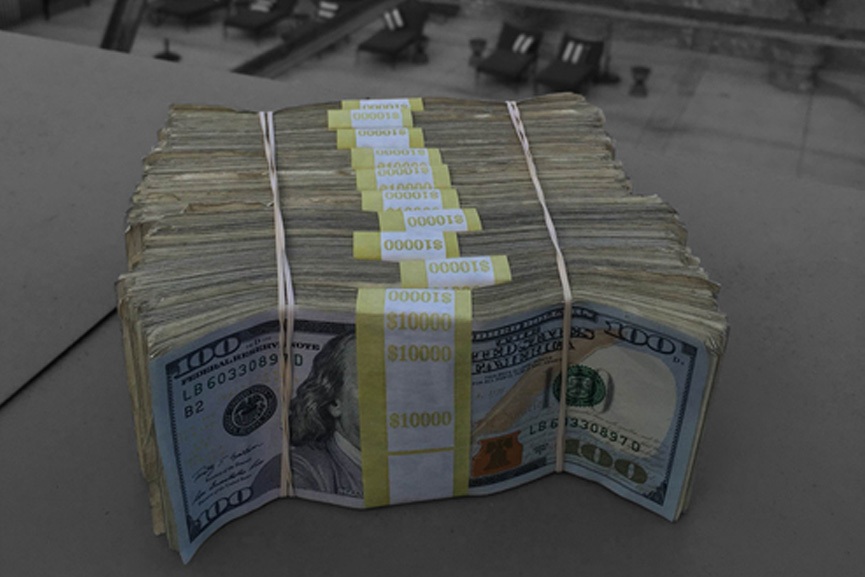 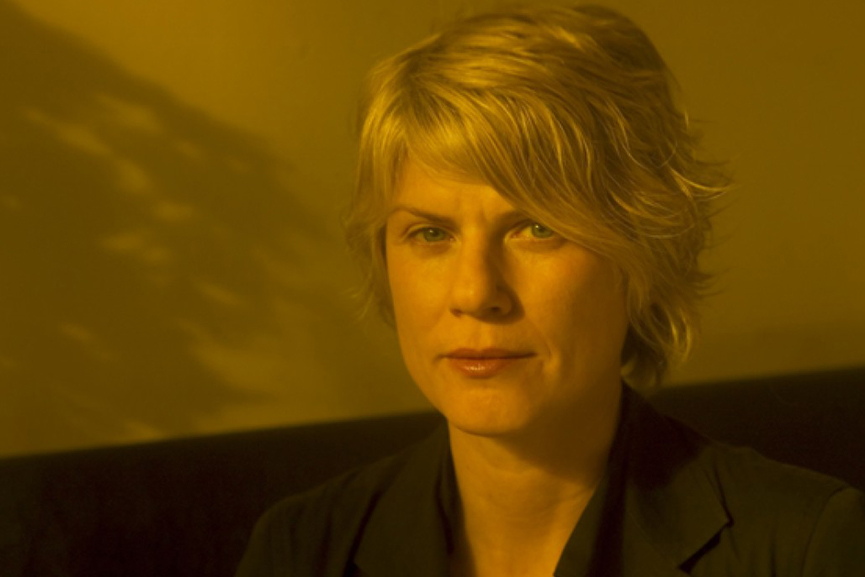 After a ten year long academic post, Robert Storr leaves the position of dean of Yale School of Art to the experienced Marta Kuzma.