Own a Salvador Dali In Honor of His Birthday!

During the 1920s, Paris was indeed the Mecca and Madina for artists of all sorts. The city offered a lavish and bohemian atmosphere suitable for any form of expression, so being eccentric at that time in Paris was quite fashionable. At one point, the man with a flamboyant mustache appeared, and in a short while he conquered the entire art scene and practically took over the role of the most popular artist, and that was no other than Salvador Dalí.

Throughout the years, the Spanish-born Surrealist master gained enormous fame, perhaps even more during the post-war period. Dalí was more than a skillful painter, he also produced memorable sculptures and objects, was engaged with cinema, as well as with fashion, photography, and even architecture. By embracing celebrity culture, he developed an image of a deranged artist acting out the stereotype, and his every public appearance was sort of a performance.

Today, on May 11, Dalí would have turned 115. He passed away three decades ago and left a considerable mark on art and society. We decided to celebrate his birthday by selecting ten astonishing Dali works which you can add to your collection right away.

The first artwork on our list is simply called Le Cheval de Picasso (Picasso’s Horse) and was produced by the artist in 1968. This etching depicts Pablo Picasso holding a woman while riding a horse. The composition is an apparent homage to his long term friend and the fellow artist presented in a romanticized and humorous manner.

The following work titled Le Saule Pleurer or Weeping Willow is a colored etching with drypoint on Japon nacre made by Dali in 1968. Here it is worth mentioning that the artist worked with the graphic arts since the beginning of his career, meaning that he produced many etchings and lithographs. Interestingly so, those early prints were equally exciting and important as his paintings; however, as Dalí grew older, he decided not to be involved in the print production as much, so he used to sell the rights to images.

Next up is yet another work from the mentioned series Venus in Furs. This print with the Dalí blindstamp embossed in lower right margins featuring the portrait of a woman is known under the title La Tete or The Head, although the alternate title is Le Beau Grec or The Beautiful Greek.

This particular etching on Japon Paper made in 1967 is the artist's commentary on World War I. The theme is presented in rather a simplistic manner, which is not very typical of Dalí.

Next up is the 1971 etching colored with aquatint, drypoint, and stencil titled Chevalier Combat - La Vida es Sueno. The harsh combat of two knights is presented as a dream again in a simplistic and linear manner.

The print titled The Oak and the Reed is part of the illustrated book Le Bestiaire de la Fontaine made by Dalí in 1974. The inspiration comes from the famous fable written by Aesop in which the oak and the willow have a dispute.

This 1966 print simply called La Television tells much about the artist’s perception of the latest technology. The screen is presented as a monster which evaporates everything into a horrific whirl. This particular work is most similar to Dalí’s famous paintings which is not quite the case with the other mentioned prints on this list.

The following print was made by Dalí in 1963, and it features the Greek goddess Athena. The decision to represent this divinity can be traced in her characteristics such as wisdom, courage, inspiration, but pride, anger, and self-centeredness so similar to the artist’s own persona.

The last work on our list is called La Felle au Flambeau. This 1968 print is depicting nude women holding a torch in front of a lout or guitar players. This composition might reflect the spirit of the student protests of the same year. 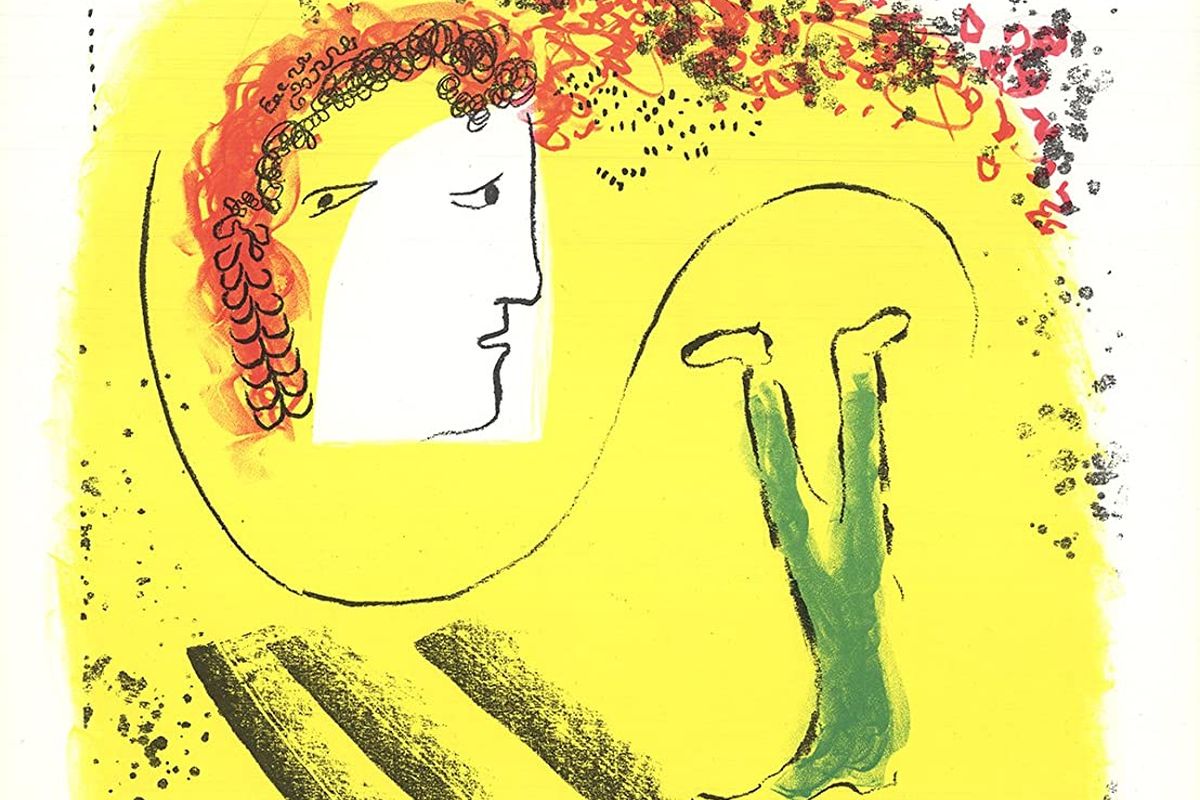