A new artistic scene is blooming, from New York to Berlin. And the works in question? Strange assemblies of heterogeneous materials, indistinct unstable sculptures, sometimes the fruit of joyful post-Duchamp bricolage. AMA has wondered why their reception is more subdued in France than elsewhere. A trend decoded.

Coloured plastic drips and hangs from a piece of wood. Undefineable shapes from a mishmash of materials, punkish tubular creatures, newly obsolete machines hooked up to geometric structures...

Perhaps you’ve already come across one of these creations at a young gallery or at a fair? What is it that you’re looking at? A history of our society, an encounter of different materials, or something else altogether? Does our proximity to the visual environment make it more difficult to find the distance needed to understand these works? Does the “newness” of these aesthetic forms disturb our habits?

Like the Dadaists and the Fluxus movement, these artists escape from classifications for now. Their apparently incomprehensible works take on different shapes and develop a host of ideas, all the while referring to various artistic movements.

Yet a number of common features helps us to grasp what is happening before us and to make out the outlines of a new artistic scene. Born in the 1980s, these artists belong to the same generation. As students in the mid-2000s, at a time when the Internet and globalisation were in full boom, they joined the working brigade in the midst of economic, social, ecological, political crisis... Their society is global and open, but also violent and dystopian. In their ambivalence, everything seems possible to them, but at the same time, nothing at all.

Their productions resemble assemblies, associated – in the eyes of those of us who care to look – with the notions of heterogeneity, materiality, shapelessness. These artists avoid focusing on a single medium; they pick and choose from the panel of materials surrounding them, in the way that Pablo Picasso and Robert Rauschenberg did to create their assemblies.

But for the new generation, the environment isn’t confined to their studio, their city or the nature around them. Thanks to [the] Internet, the world has become their big bazaar; due to globalisation, plastic bags made in China are part of their everyday life.

In Neil Beloufa’s works, steel tubes and Plexiglas bring iPhones to mind. Obsolescence inspires Xavier Antin, with his disassembled typewriters, and also Jason Matthew Lee, who uses old telephone boxes. Daiga Grantina takes advantages of new technologies to experiment with new silicones. Other artists seize hold of materials that have now become financially accessible, in the way that in 1965, the pioneer of video art, Nam June Paik, acquired one of the first portable cameras.

The field of possibilities is widening...

Parisian gallerist Joseph Tang, who namely represents Daiga Grantina and Pepo Salazar, confirms this tendency: “It’s possible to use materials that were once inaccessible or unimaginable. Artists can think more freely. To create the one object, they can employ a range of very different materials and mediums.”

But not all artists stock up on these sources. Félicia Atkinson, for example draws inspiration instead from nature, observed during her many voyages, whether to the Alps or to the Californian deserts; she transcribes its colours, she attempts to domesticate it, in the way that a gardener would. “I have a body of materials that is part of my daily life. Wherever I am, I can find and transport wood, soil, metal and fabric.” The artist also develops her practice as a musician. “The anti-academic side of Fluxus has always interested me,” she says. “It shows that it’s possible to go from one academy to another. It’s enough to decide to become a musician to be one.”

“Poetry and Provocation, Lyricism and Cynicism”

The work of these artists is also characterised by its lack of clear-cut, recognisable shapes. Far from being rigid, these are works in the process of becoming.

“The shapeless concentrates a potential,” explains Arnaud Labelle-Rojoux, artist and former teacher at the Villa Arson. “It’s a suspended form, a form in movement, which is transformed by the gaze and which can take form through its reading.” Last year, at the Joseph Tang gallery, Daiga Grantina suspended quasi-organic forms: the materials stretched out, both constrained and free, light yet subject to the laws of gravity.

This notion of a free form, which is nonetheless constricted, recurs in the works of David Douard: attached, but at the same time free to fly up or hang. According to art historian Françoise Levaillant, this duality is inherent to assemblies. “As a practice of linkage that is disconcerting because of the techniques it tests out, assembly in art is tinged with dualistic qualities: poetry and provocation, lyricism and cynicism, strategy and playfulness, system and bric-a-brac,” she wrote in 2011 in L’Art de l’assemblage, in reference to modern artists.

In the work of Félicia Atkinson, shapelessness is a way to open up the fields of interpretation. Her sculptures, she says, “are not finished objects but potential ones, surfaces on which to project the imaginary, calling on anthropology, which I studied, and the potential spaces and transitional objects referred to by child psychoanalyst Donald Winnicott”. The point is to not enclose the work, to not impose a vision, to not be dogmatic...

According to French artist Neil Beloufa whose work was shown at the MoMA New York last year, and at the Musée Régional d’Art Contemporain Languedoc-Roussillon in summer 2017, “the objective of the works is to include the spectator, to oust him from his passiveness without becoming an authority over him”. Beloufa’s “montages” of objects – as he calls them – “unlock the authoritarian systems in which we live, open up different possibilities, without affirming anything”.

This notion of shapelessness underlines the work’s materiality and the artist’s gesture. To make out that a work remains unfinished points out the very act of creation, the intervention of accidents, error, imperfection – the humanity of the person who has acted and left a trace in this way.

Joseph Tang also makes this observation: “In the face of the flaws of a society that advocates individualism and competition, there are many people who understand that in order to exit it, we need to return to a gentler, more human society, more anchored in the real and concrete. Everyone wants to feel something real, to use their hands. There’s a return to materiality.”

This idea is confirmed by Alix Dionot-Morani from Galerie Crèvecœur: “In the work of Renaud Jerez, there’s a sort of desire to return to figurative sculpture, with an almost romantic vision of the artist who creates, who doesn’t delegate. There’s obviously a context surrounding this: the new-technologies revolution and its impact on the body.”

But for Joseph Tang, rather than sculpting objects, these artists sculpt time. When they use an object or else appropriate the work of someone else, they integrate their work to the history that has unfolded between the time when the object was first produced and the present. Painting a piece of fruit is no longer an innocent act, as the works of Adam Cruces reveal. Artists exploit this symbolic material, or at the very least, fail to shake free from it. It exists in all figurative or abstract forms, in every colour, whether pop, romantic, trash, 1950s...

“Every object has one or several histories, one or several symbolisms,” points out Joseph Tang. “With the one object, an artist can speak about different things. The sculptures of Pepo Salazar and Daiga Grantina are objects that call on other objects. They sculpt time. And Internet accentuates this by giving us access to History. We live in a present composed of successive layers.”

What’s so shocking if an artist reproduces a piece by another artist, wonders Joseph Tang. “The context is different. A ready-made produced now is no longer a ready-made.” To this, Arnaud Labelle-Rojoux adds: “Depending on the context, the same object won’t make sense in the same way.”

Reticence of the French Art Milieu

But why do these works disturb the French public which, these days, is so used to irreverence, cacophony, interdisciplinary approaches, provocation? Our eyes and brains have taken on board and accepted the anarchic political systems of Thomas Hirschhorn, the exuberance of Jason Rhoades’ bric-a-brac, the joyful bricolage of Jessica Stockholder...

Our institutions show the obscenity of Paul McCarthy, and are rediscovering the assemblies of Alina Szapocznikow, a Polish artist who died in 1973. “The French art milieu is nonetheless more inclined to appreciate an end object that is clearly defined,” comments Arnaud Labelle-Rojoux. “What interests me in assembly though is the hiatus, the friction between elements, chance encounters. I like ambiguity, disturbed and disturbing ready-mades.”

Since the 1960s, this artist who assembles precious and everyday objects, shapeless materials and words, all enveloped with a veil of disrepute, has noted the French art milieu’s reticence when faced with chaotic works. Arnaud Labelle-Rojoux has now witnessed the arrival of a new generation for whom it’s perfectly obvious to mix materials and blend different sources of inspiration.

According to gallerist Alix Dionot-Morani, there is indeed a disparity between the works she exhibits and the type of French art that has been valued by the market for the last 30 years. “We’re exiting a period of rereading the minimalist and conceptual scene, which has been relatively comfortable for everyone. Another scene has emerged, with very heterogeneous materials, with a certain form of willful disorder. There’s something more direct, more abrupt about these artists. In their discourse as well...”

Parisian gallerist Joseph Tang confirms these divergences, and points back to the international reception of Dada works. “American artists seized hold of the freedom to act that is associated with Dadaists. The French focused a lot more on the written texts, to the point of getting stuck, feeling that they couldn’t get any further than the ready-made.”

The artists on the scene that we mention here seem to have freed themselves from the weight of art history, as the Cubists did in their time through collage and assemblage, followed by the Dadaists and Fluxus artists like Allan Kaprow or Mike Kelley who set themselves up against academicism by taking hold of all materials and mediums.

Today’s assembler-artists know their history even if they don’t feel the need to show it. They have integrated it in order to keep on experimenting, breaking with conventions. They prefer to go along with the contemporary artists who have put an emphasis on the act, on action.

Today’s artists draw from a multitude of sources and materials, accessible in a single click. Their works are unstable and ambiguous; composed of many layers; unsettling.

In the end, could this possibly be why they disturb us? 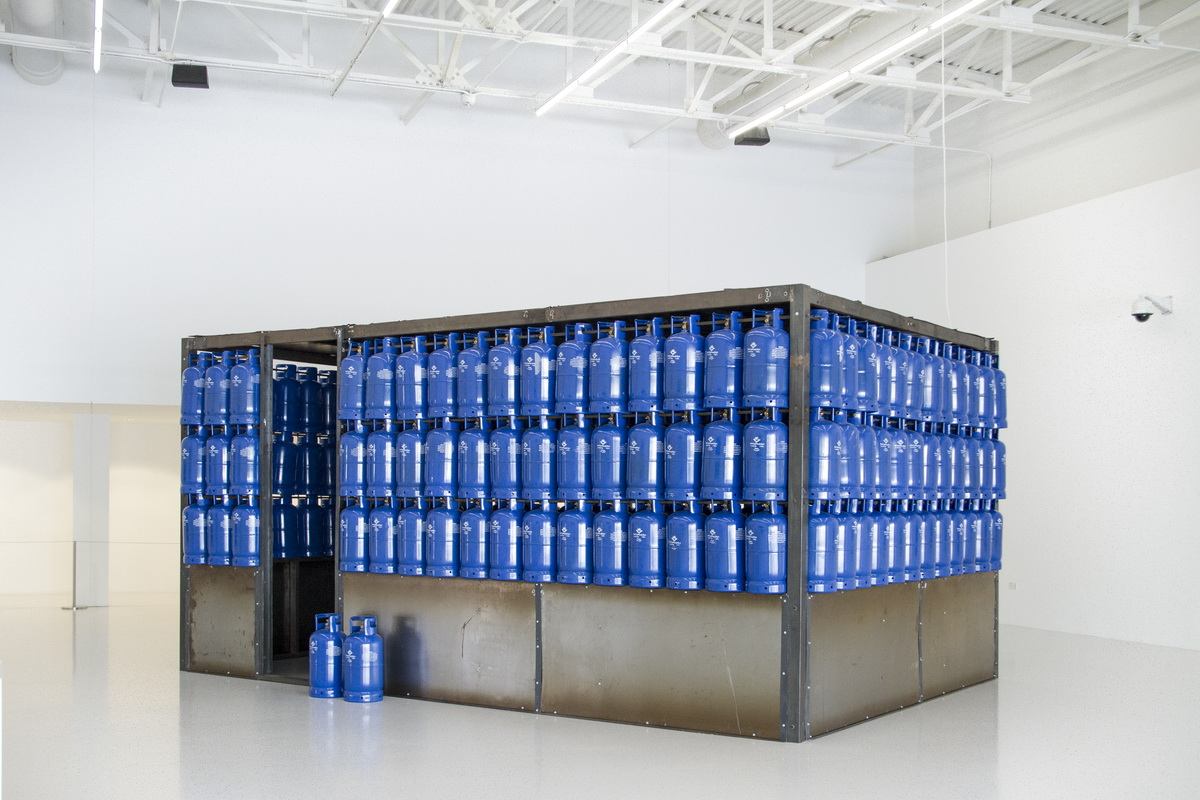 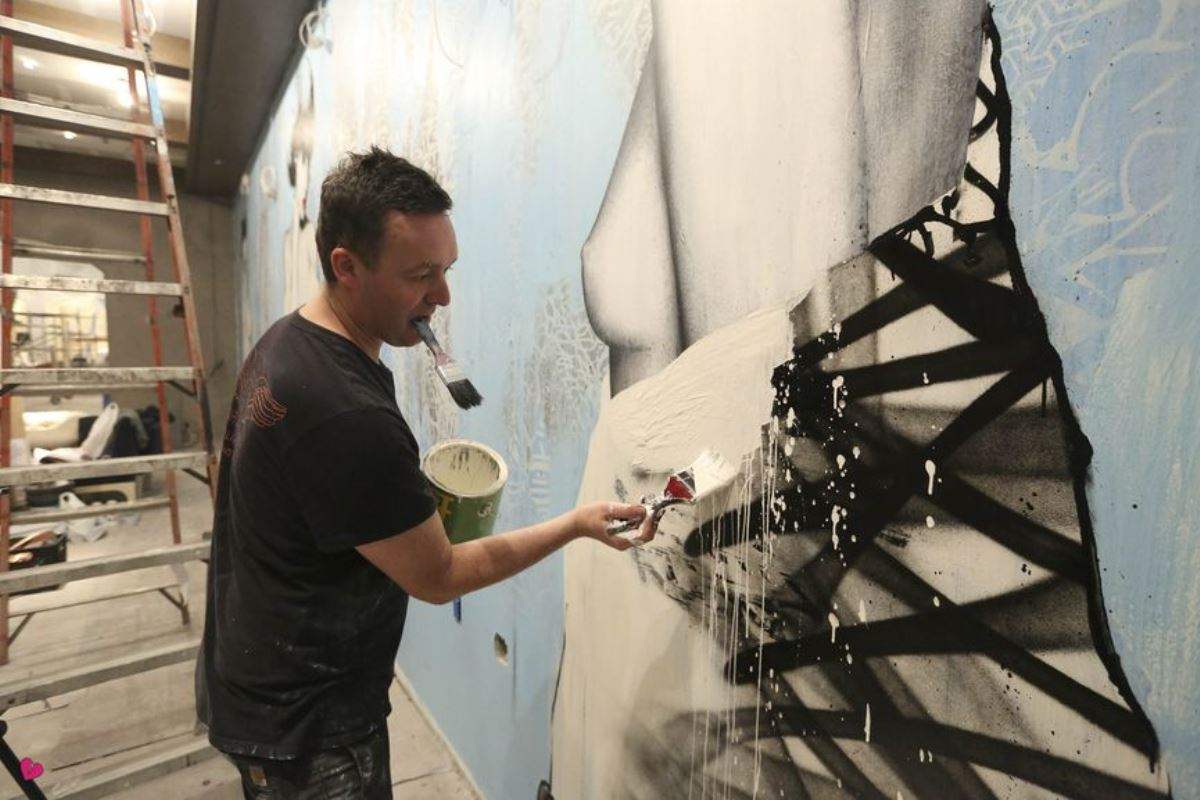 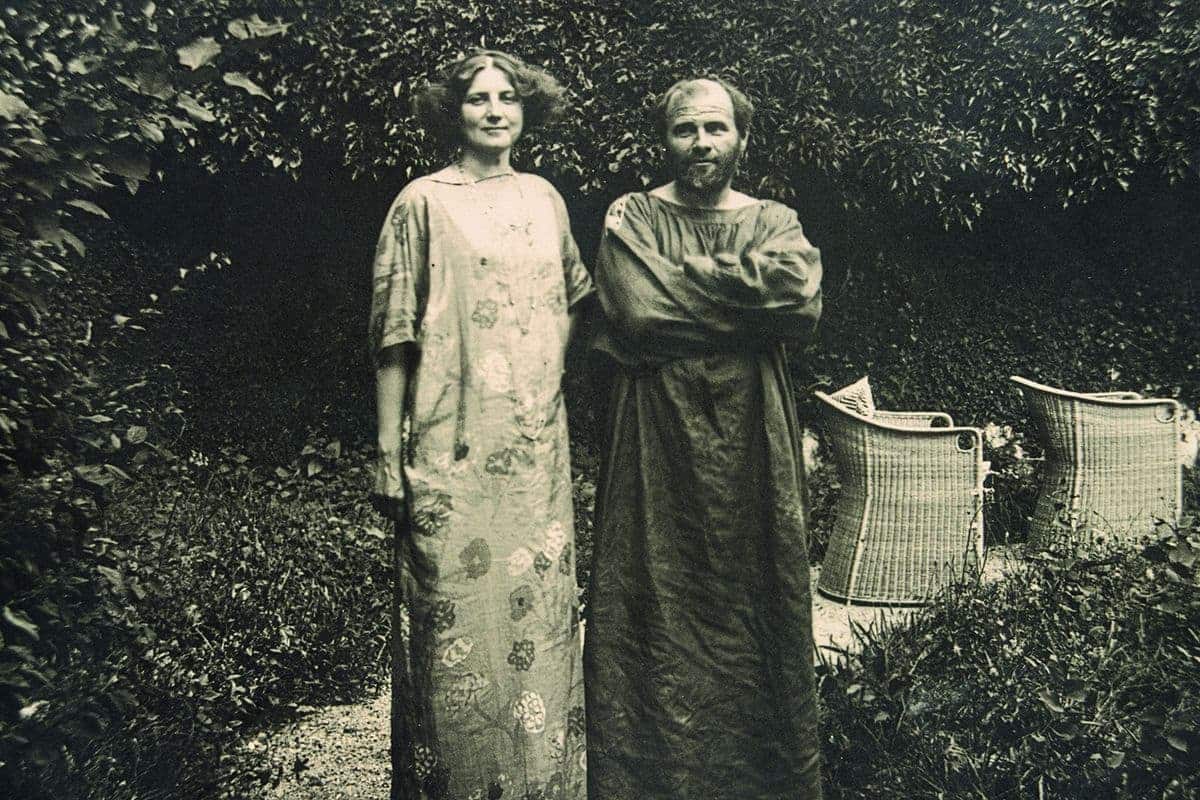 See Your Favorite Artists for the Month of August!
Artist(s) in Focus, Top Lists   |   Elena Martinique

Check out the most popular artists in the month of August, as chosen by you, our dear readers! Is your favorite on the list?