The Power of Shirin Neshat's Film Women Without Men Reexamined

Looking from the Western perspective, it is hard to grasp the full extent of the Islamic revolution and the changes it caused to the Iranian society. Although this perception varies and is rather subjective, critical voices are coming from the arts that contribute to a better understanding of the revolution's aftermath. One of the notable figures responsible for its articulation and dissemination from the feminist standpoint surely is Shirin Neshat, a visual artist best known for her now-iconic black and white photographic series, as well as for her more recent cinematic works.

In the 1970s and 80s, Neshat finished her art studies in the US. Due to the 1979 Islamic revolution, she was unable to return to her native Iran, and so she has been living and working in New York ever since. She emerged on an international scale back in the 1990s, after finally visiting Iran and encountering the dramatic shift of women’s rights as a result of religious fundamentalism imposed by the state.

Neshat has been devotedly exploring gender identity in regards to the wider social, cultural and political circumstances, as well as the notion of exile with a specific focus on the Middle East. Her works are well received and praised for an exceptional ability to translate locally framed narratives to a more universal language and matters of freedom, love, and belonging.

To relight Neshat’s compelling practice, ARoS is hosting an exhibition featuring her film Women Without Men, made between 2004 and 2008 and centered around five outstanding stories by women belonging to different class backgrounds in the 1950s Iran.

Shirin Neshat made the monumental piece Women Without Men in collaboration with Shoja Azari, a video artist and filmmaker, and her husband. The visually dazzling film will be presented as a video installation that will gradually build the tension and as a whole function as a tragic feminist allegory.

After twelve years, the piece will be presented in the exhibition of the same title in its full-length five-part versions with a total running time of an hour and a quarter. The work was acquired for the ARoS collection with the support of the New Carlsberg Foundation.

Women Without Men is based on a novel that bears the same title written by a writer Shahrnush Parsipur in 1989. Although it is forbidden in Iran, it was translated to several European languages, and after it was published in Denmark in 2019 it received excellent reviews.

The narrative leads us back to 1953 when Iran’s democratically elected prime minister Mohammad Mossadegh tried to stop a coup d'état (in vain) orchestrated by US and British forces aimed to reinstate the Shah as a lead ruler so that close relations between Iran and Russia and the nationalization of the country's vast oil reserves could be disabled.

The five female protagonists are portrayed by Parsipur, talking about their lives, hopes, and destinies. These poetic stories reflect the prevailing oppression in every sense of the word, and the yearning of each woman to liberate herslef from the patriarchal constraints.

In her film, Neshat accentuates the magical realism of the novel with the everyday reality and the seriousness of the stories. The five Iranian women - Mahdokht, Zarin, Munis, Faezeh and Farokh Legha – are featured in a drama of power and powerlessness while they wander through life before finally arriving at a garden outside Teheran. Each woman struggles to express herself, so they reject the given circumstance and seek refuge in the garden as a temporary safe place.

In 2009, Women without Men won the Silver Lion at the Venice Film Festival while the first impulses of the great political change in Iran started occurring. Looking at the current political situation, Neshat’s film seems relevant again in the light of the reemergence of conservativism and in general right-wing discourse. Here it is important to mention that in recent years, young Iranian people expressed their desire for the country to become more open, and women stood with the infamous protest against the compulsory wearing of the hijab.

Although Iran's implantation of Islamic theology differs from other Islamic countries, the constant tension caused by religious fundamentalism causes severe disruptions when it comes to women’s rights, as well as the revision of the history, including the mentioned revolution.

Because of the continuous and rather complex socio-political situation in Iran, Shirin Neshat’s Women Without Men appears important for the understanding of the prevailing difficulties that surround women in contemporary terms. Although it focuses on a specific context, the film accentuates the absurdity of patriarchy that most often generates other forms of hatred.

Shirin Neshat - Women Without Men will be on display at ARoS Focus gallery (level 5) in Aarhus, Denmark, from 8 February until 9 August 2020.

Editors’ Tip: Women Without Men: A Novel of Modern Iran

This modern literary masterpiece follows the interwoven destinies of five women—including a wealthy middle-aged housewife, a prostitute, and a schoolteacher—as they arrive by different paths to live together in an abundant garden on the outskirts of Tehran. Drawing on elements of Islamic mysticism and recent Iranian history, this unforgettable novel depicts women escaping the narrow confines of family and society, and imagines their future living in a world without men. 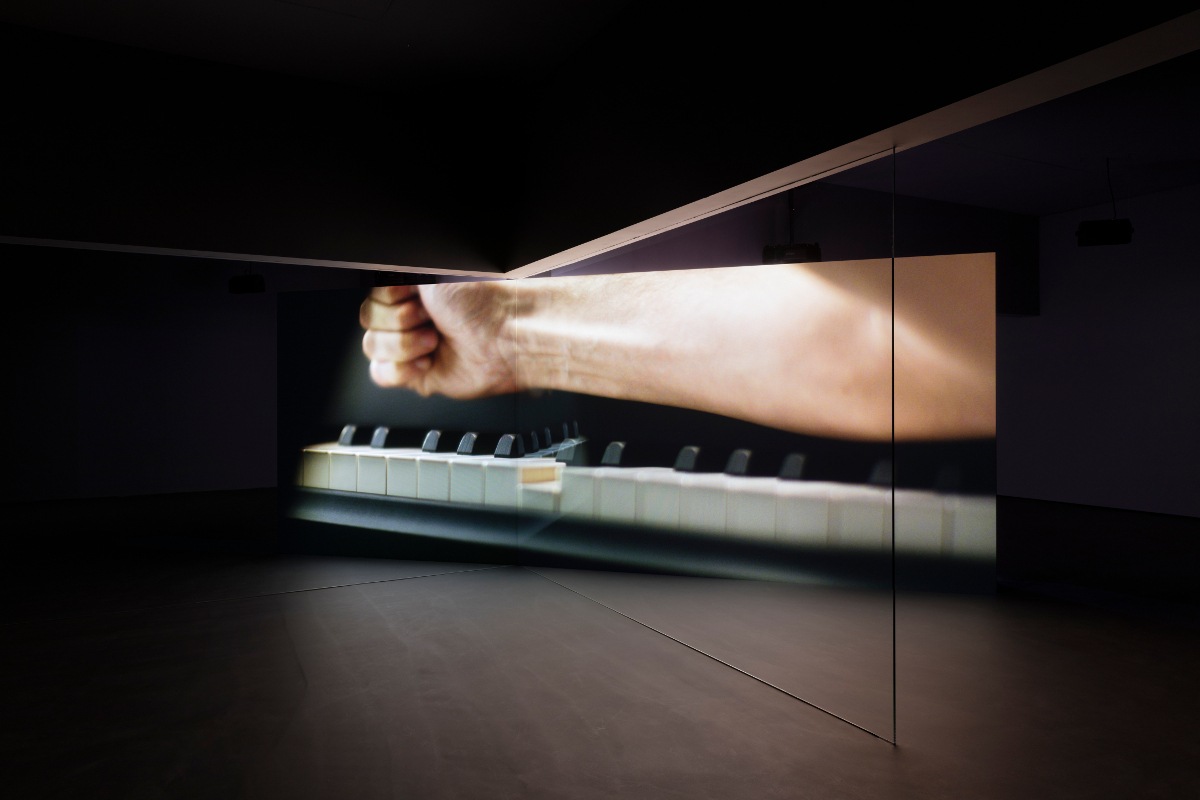 Mythologies in Art, From the Greeks to Present Day, at ARoS
Exhibition Announcements   |   Balasz Takac

The current exhibition at AroS Aarhus Art Museum in Denmark explores the notion of myths with a selection of works from Antiquity to the present day.