The thirty-fifth edition of our mural roundup features some of the biggest names in urban art, all from different style categories inbound in the most exciting art form. The first mural we present shows a surrealistic and figurative bathroom scene that will leave you staring in aw.  The next piece is a beautiful display of photorealistic painting in street art. The third piece combines contemporary photography and paste-ups by one of the art forms greatest. The fourth piece is a collaborative abstract graffiti piece by the weirdest brother in urban art. Finally we can present a mural that gets its shape through a ‘negatove’ creation form that destroys pieces of the wall, creates depth and is therefore one of the rarest and most breathtaking forms of urban art.

The Polish street art duo painted an amazing figurative mural depicting a small boy brushing his teeth in front of a sink filled with his imagination. Inside the sink is a raging ocean with huge waves nearly turning over the red-blue ship and knocking over board a small Lego man into the sky. Next to the faucet stands the ferocious beat from Japan, Godzilla. Despite the thrilling scenery before him the boy remains undeterred and continues with his morning routine.

South African artist Faith47 is in Durban, South Africa in the moment and painted a photorealistic mural of a proud African man in modern apparel. The man casually rests his hands on long cane. Behind the man Faith painted a beautiful ethnic pattern background. The entire mural is painted in brown and beige earth tones on the beige pillar of a beige concrete. The monochromatic color highlights the main of the proud African man.

For the finale of his Women Are Heroes project JR sent a ship with the eyes Elizabeth, a Kenyan woman living in the Kibera slums, in Nairobi around the world. JR writes „I fulfilled my promise. At 7am, the 363 meter long ship left the Port of le Havre, France to cross the world all the way to Malaysia In 2007, I started Women Are Heroes. To pay tribute to those who play an essential role in society, but who are the primary victims of war, crime, rape or political and religious fanaticism, I pasted portraits and eyes of women on a train in Kenya, a Favela in Brazil, a demolished house in Cambodia. They gave their trust and they asked for a single promise make my story travel with you. I did it: on the bridges of Paris and the walls of Phnom penh, the building of New York, etc. I wanted to finish Women Are Heroes with a ship leaving a port, with a huge image which would look microscopic after a few minutes, with the idea of these women who stay in their villages and face difficulties in the regions torn by wars and poverty facing the infinity of the ocean. It did not happen at the time But during the last 10 days, we pasted 2600 strips of paper on the containers with the dockers of the port And this morning we saw the ship leaving the port. I have no idea of what is in the other containers on the boat: stuff from people leaving a country to build a different life in another region, goods that will be transformed, worn, eaten in a different country. I have no idea where and how people will see this artwork but I am sure that some women far away will feel something today . And in Le Havre, we are exhausted and proud.“

The Berliner brothers from the German Austrian weird crew painted this surrealistic piece on the wall of Urban Spree Galerie. Inspired by the Constant news coverage from Brazil they painted four wild cats with favela’s and jungle patterns inside their bodies. In the center of the abstracted animals is a town with a football stadium at its city center. The entire scenery is painted on a mint green background that brings forth the main imagery.

As final piece for his massive museum exhibition “Dissection” at the EDP Foundation is Lisbon Vhils created this stunning 360 degrees mural right in front museum space. The artwork is titled Panorama and points in the directions where in the world Vhils hammered, chiseled and etched murals. The work is composed of portraits, patterns and writing that makes reference to the various other murals Vhils created in Lisbon in context for Dissection. 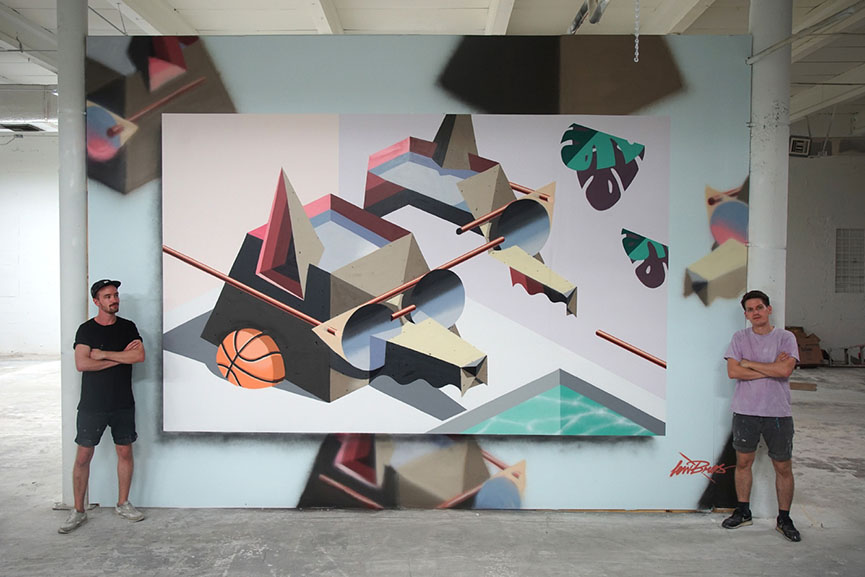 During Art Basel in Miami, the Low Bros painted two new murals to support the establishment of clean drinking water access for all. Here are the photos! 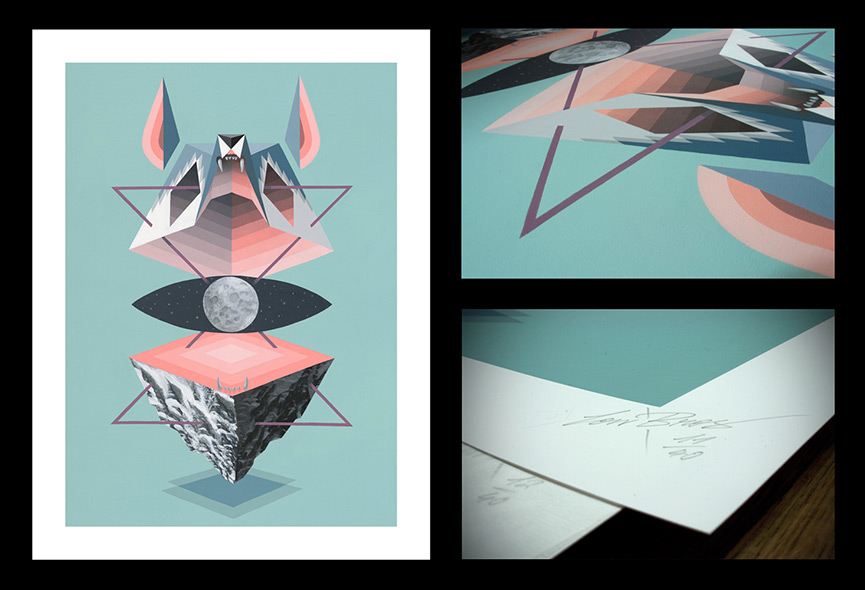 There is something very intimate and humble when we closely examine the philosophy of print. When you dive deeper into the artwork, you begin to see more than just the fabric of paper, the color patterns and the mediums used.