The "Alive" Zine and the Documentation as Part of an Artwork

“Without photos, graffiti exist, but it is as if they didn’t exist...” – Picasso stated to Brassai once in November Wednesday, 1946[1]. If we will look back at the graffiti history, it seems like it was never really about the actual work itself. Everything was about the process, or the “story and the photo”[2] which presumably can’t be painted over. Therefore, the demand for a proper documentation comes as no surprise.

The world is rapidly changing and the development of new technologies causes the most changes in the first place. As the invention of photography ultimately changed the purpose and perception of painting, such seminal events could happen in the least expected places, influenced by the most unexpected people - like the man who was experimenting with the sulfur and the zinc plate in his kitchen in late 30’s, which caused the presentation of the first photographic copier by Xerox Corporation in late 40’s, which then caused the rise of self-publishing (varying from science-fiction fanzines to personal zines) appropriated by subcultures as a convenient “DIY” medium in late 70’s.

Zine is a quite efficient form of publishing, especially when it comes to independent projects. It cuts out the middleman; doesn’t require a big budget and avoids the censorship for the sake of authenticity of the author’s original content. Basically, it gives full freedom and the ability to construct one’s very own aliveness. Even with today’s power of Internet, regardless of the advantages of the digital realm, we still find ourselves lured by the inherent value of “limited edition” publications. Most likely, this is the main reason why zines are still popular today.

Comparable to exhibition catalogs, zines usually play the same role for contemporary graffiti and street art when the projects within the urban space are more complex and elaborate than a single piece. A fresh zine titled “alive” is one of the most recent examples. It documents the namesake collaborative project by artists known as abcdef and Kowalski.

German artist abcdef is well-known for his progressive graffiti which include the non-figurative approach, text-based works and various experiments with the legacy of conventional graffiti. The artist creates series of artworks, which give him the opportunity to make the complex documentation often embodied through the self-published zines (such as his “hacking art” and “A – end of representation”).

Polish artist Kowalski is a firmly present example of graffiti essence - anonymous, straightforward, a bit arrogant, addicted to chrome spray paint and illegality. Consciously or not, it seems like through his spray drawings he frees the walls “from architecture and turn them once again into living, social matter”[3].

In order to create “alive”, the artists decided to combine their efforts in different manners: Kowalski draws on the city walls, while abcdef writes the text fragments for the zine. Moreover, each piece (for no particular reason) is referenced to one of Basquiat’s paintings. With the “alive” zine, the duo created something more than just the product of visual art - they’ve created a literary fiction. Slightly poetic and definitely a very ironic one.

The chrome and black drawings left in public domain are not just separating or connecting lines. The ostensible “emptiness” of those lines could have been their strength, but the confidence of the artist’s gesture reveals the very particular education and vision. Unlike the “superbombers with their egregious lack of art history” in the 80’s[4], alongside their followers in the 90’s and even some of vigorous experimentors in the early 2000’s, current generation of graffiti successors most naturally combines the bare essentials and the energy of illegal wall painting with the clear comprehension of the history of art. That’s why those chrome and black drawings left in public domain neither connect, nor separate, but rather signify that something very new is about to occur...

Kristina Borhes: So, what is “Alive” really all about?

abcdef: The idea was to include all kinds of serious and not so serious content. Kowalski as a 2.0, not-so-hardcore bomber and me agreed on having an ambivalent attitude towards artworks with titles. Since my former boss gave me a book about Basquiat, we just stole some titles from there.

Kristina Borhes: What comes first, the text or the lines?

abcdef: I’ve been working on texts and developing the ways to work with texts for some time. Up to now though, I was too much of a coward to shape them free of any graphic content. Putting them in relation with my own drawings doesn’t feel right. So, meeting Kowalski and shaping “alive” as a collaborative project seemed like a good occasion to write some lines. There was a pretty loose connection to Kowalski’s work only.

Kristina Borhes: In the “hacking art” zine, you’re stating that due to the rapid development of the internet and speed of all the processes “[it is] not the drawing that is the artwork, but it’s the image [of it]”. In this case, is documentation becoming as valuable as the artwork itself?

abcdef: For me, documenting drawings was very important for maybe 15 years now for several reasons. Documenting and documentation are part of the artwork.

Kristina Borhes: Now, after “alive” zine, do you still believe in drawing with words?

Kowalski: I don’t know. Time will tell I guess.

Kristina Borhes: What is the faith of graffiti now, since it’s not a name/word anymore?

Kowalski: The faith of graffiti may be dealing, struggling and competing with oneself. Having a name is not per se wrong. Only if you do so, you may be not the brightest candle on the cake. Or you’re stuck in Berlin.

Kristina Borhes: Your drawings are no longer the sign of dominance over the environment, but rather a quiet thorough assimilation with its shapes. You’re stating that the main thing for you is to keep the lines straight. So, is it direct influence of urban architecture on your practice?

Kowalski: Even though I can’t answer this question, I think, you’re on the wrong trail here: there’s not much conceptual stuff, I just try to do straight lines. They have to be so straight, that even if they’re not straight, they still are. That’s my only duty.

Kristina Borhes: “She was thinking about Freitag”. What is the first thing which comes to your mind while you’re reading it?

All images courtesy of Kowalski. 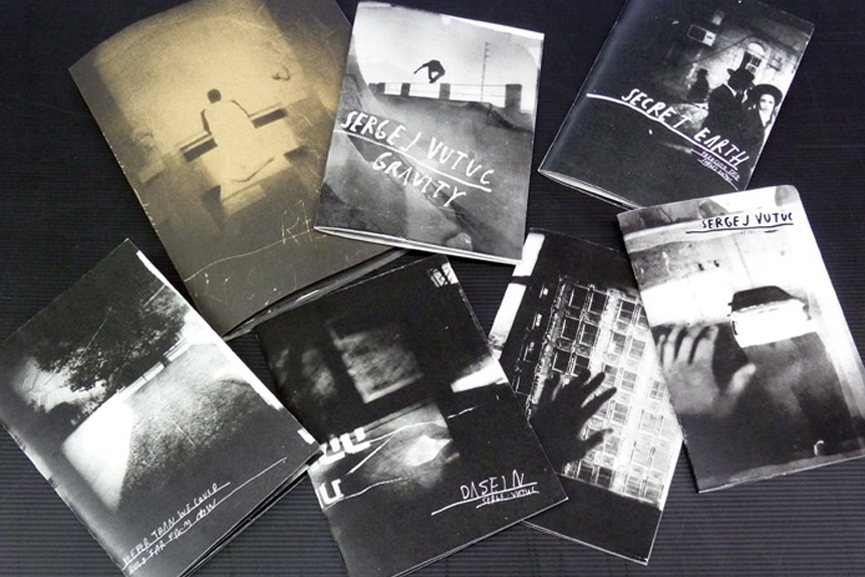 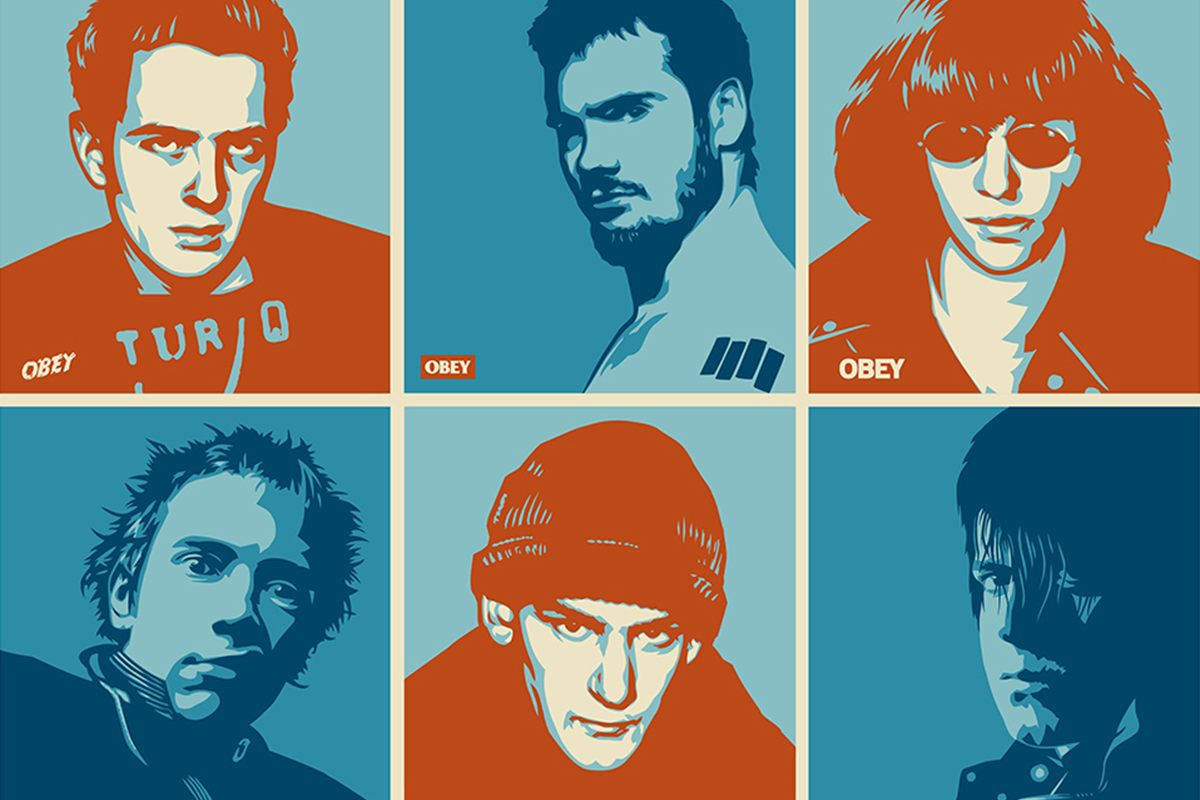 Street Art and Music: Who Likes What?
Steve Gray

A look at the links between street art & music, which artists are drawn to what styles of music and some of the imagery that has come about through collaborations. 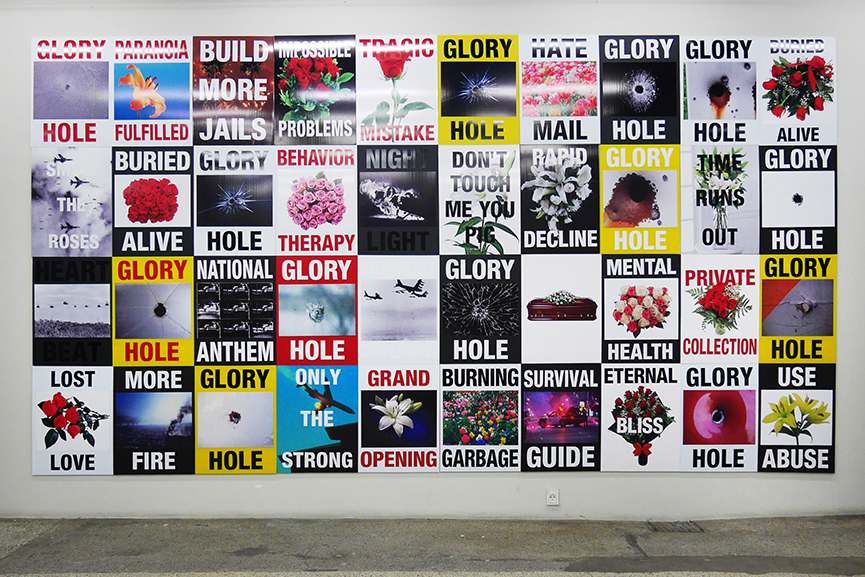 Busted On The Hot Spots At V1 Gallery
Steve Gray

Copenhagen based V1 Gallery have announced a new solo Cali Thornhill Dewitt exhibition entitled Busted on the Hot Spots that will showcase the Canadian born artists work that is based on internet imagery and lettering.