The Most Famous Turner Prize Winners Through the Years

It is fairly hard to imagine the contemporary art scene in the United Kingdom, and the world at large, without the great influence of the Turner Prize, one of the most prestigious awards in visual arts. Ever since it was established by a group called the Patrons of New Art in 1984, it has been drawing great interest in British art-makers and, at the same time, helping the Tate Gallery find and promote the very best among them. This prestigious prize was named after the great J.M.W. Turner, an innovative and controversial figure of the last century who also wanted to establish a similar award himself. It is given to a “British” artist, meaning an individual born and/or working primarily in Britain and, since 1991, it is only given to art-makers under 50 years of age. Every year, a new panel of judges is selected and chaired by the Director of Tate Britain to pick four nominees, eventually awarding one of them for an outstanding exhibition or other presentation in the preceding year. The £40,000 are split among the four shortlisted names, with £25,000 going to the winners and £5,000 to the nominees. Their work is then shown in a dedicated exhibition.

No Stranger to Controversy

Over the years, the Turner Prize has become the most publicized award of its kind in the UK, due to its heavy relying on sponsors and the feeling for entertainment. Very often, the presenters are well-known celebrities: in 2001, there was Madonna (who famously swore on national television), in 2006 it was Yoko Ono, and Jude Law presented in 2012, for instance. We are talking about shows that get criticized by the their own country’s Culture Ministers and journalists on judges board, an event which brought us iconic works by the YBAs, Damien Hirst’s infamous The Physical Impossibility of Death in the Mind of Someone Living and Tracey Emin’s My Bed. Apart from occasional controversies that follow the artworks, the nominees, the winners, the board members and the ceremony itself, another proof of the award’s popularity is a whole group of other prizes born in reaction: the Anti-Turner Prize for the “worst artist in Britain”, the Turnip Prize also known as the “crap art competition”, the Art Clown of the Year Award… In any case, nobody can deny the impact, and the ongoing legacy, of the one that started it all.

With Helen Marten taking the crown in 2016, we take a look at some of the most memorable winners of the Turner Prize over the past 30 years.

Established in 1984 to draw greater public attention to contemporary art, the Turner Prize has both reflected and informed the popular reception of new British art around the world. This discussion between Turner Prize-winner Grayson Perry, Orange Prize-winner Lionel Shriver, and British journalist Mark Lawson considers the effect prizes have on those short-listed and on the winners, for whom it can be both a catalyst to international success and a hindrance to creativity. In addition, a series of artists’ statements from a selection of Turner Prize nominees and winners from 1984 to 2006 lends further insight to the role the prize has played since its inauguration.

It’s been a great year for promising British artist Helen Marten, whose Turner Prize 2016 is her second big award in a month! Her collection of works titled Lunar Nibs got her the first place among nominees Anthea Hamilton, Michael Dean and Josephine Pryde, combining a variety of materials and techniques applied ”in a similar way to a poet using language”, according to Tate Britain director Alex Farquharson. Her work is said to be reflecting the condition of the world, particularly the visual one.

Martin Creed’s installation Work No. 277: the lights going on and off was exactly that: an empty room whose lighting periodically went on and off. Artist Jacqueline Crofton, who wasn’t even among the nominees with Creed, threw eggs at the walls of the room as a protest. Presenting the award there was Madonna, who swore on live television before anyone could bleep her out.

The fact that German photographer Wolfgang Tillmans won the Turner Prize in 2000 was perhaps overshadowed by the fact that The Stuckist art group staged their first demonstration against the concept. Dressed as clowns, they described it as “a state-funded advertising agency for Charles Saatchi” and “an ongoing national joke”, adding that it should be renamed The Duchamp Award for the destruction of artistic integrity.

In 1999, Steve McQueen was the first to win the award using film, this time based on a Buster Keaton movie, but it was Tracey Emin who stole the show that year with My Bed (she also marked the 1997 ceremony, when she stormed out drunk). Emin’s installation was also taken over by Chinese-born artists Can Yuan and Jian Jun Xi, who staged a pillow fight on top of her dishevelled bed.

Chris Ofili was the first painter to win the award in twelve years in 1998, with two controversial pieces. While one, No Woman No Cry was described a “masterpiece”, inspired by the murder of Stephen Lawrence, the other caused controversy, as it used balls of elephant dung attached to the canvas. A protestor then deposited dung on the steps of the Tate in response to the work.

Rachel Whiteread was the first female winner of the Turner Prize ever in 1993: interestingly enough, she won the Anti-Turner Prize that same year as well. Her winning sculpture House represented a fossil of an empty house in east London, that she and her team filled with liquid concrete before stripping off the exterior. She gave her anti-award money to artists in financial need and a housing charity.

Featured image: Rachel Whiteread stands in front of one of her plaster casts. PA

Right at the moment when the money for the winners was increased to £20,000 with sponsorship from Channel 4, Anish Kapoor won for an untitled piece in sandstone and pigment. This came a year after the prize was cancelled due to lack of sponsorship the only time in its history, after which only four people who were artists, and not art professionals at large, could be the nominees.

After their nomination at the very first ceremony in 1984, Gilbert and George won two years later, an event in which Nicholas Serota, Matthew Collings and Robin Klassnik were all commended as well. The controversial duo composed of Gilbert Prousch and George Passmore continued to make their trademark brightly coloured graphic-style photomontages, eventually even ending up married in 2008.

A cow and a calf were each cut in half and preserved in four big tanks of formaldehyde solution. This was Damien Hirst’s winning installation in 1995, titled Mother and Child, Divided, marking the beginning of his creating of art out of animal carcasses. The piece was created of exhibition at the 1993 Venice Biennale. Receiving his award, Hirst famously said: ”It’s amazing what you can do with an E in A Level art, a twisted imagination and a chainsaw.” 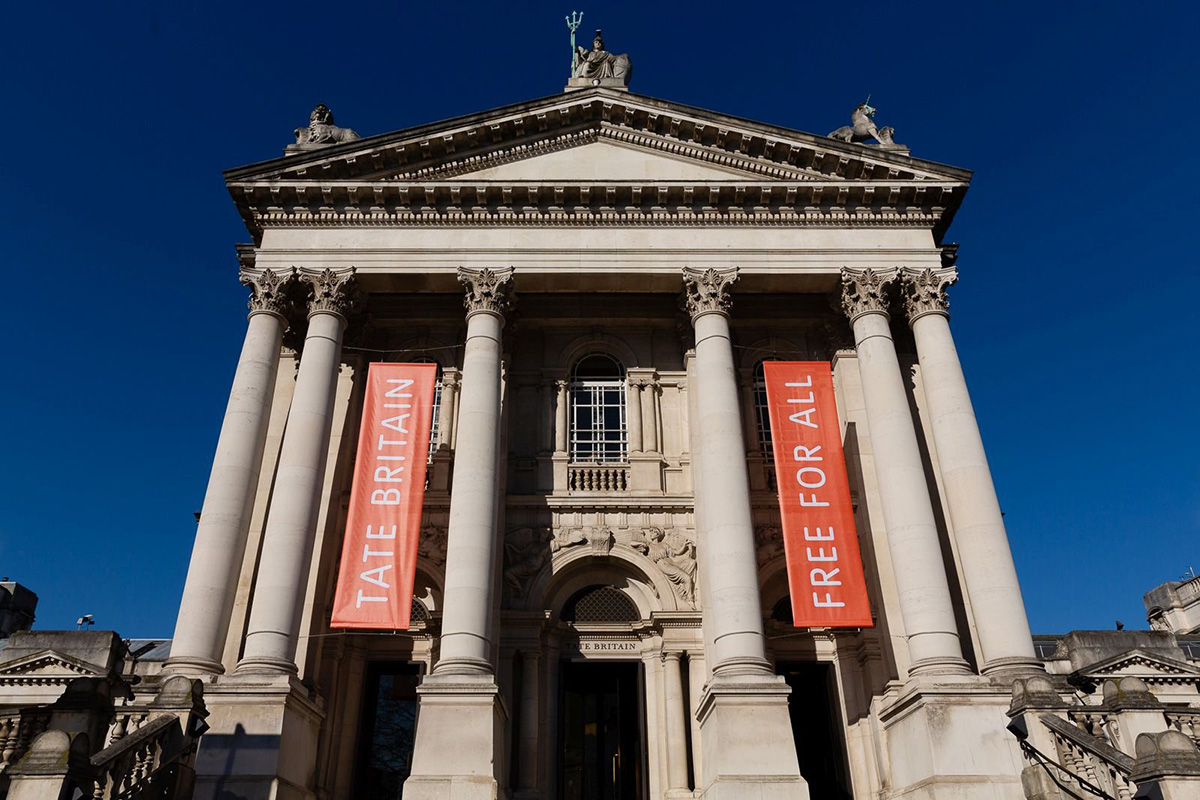 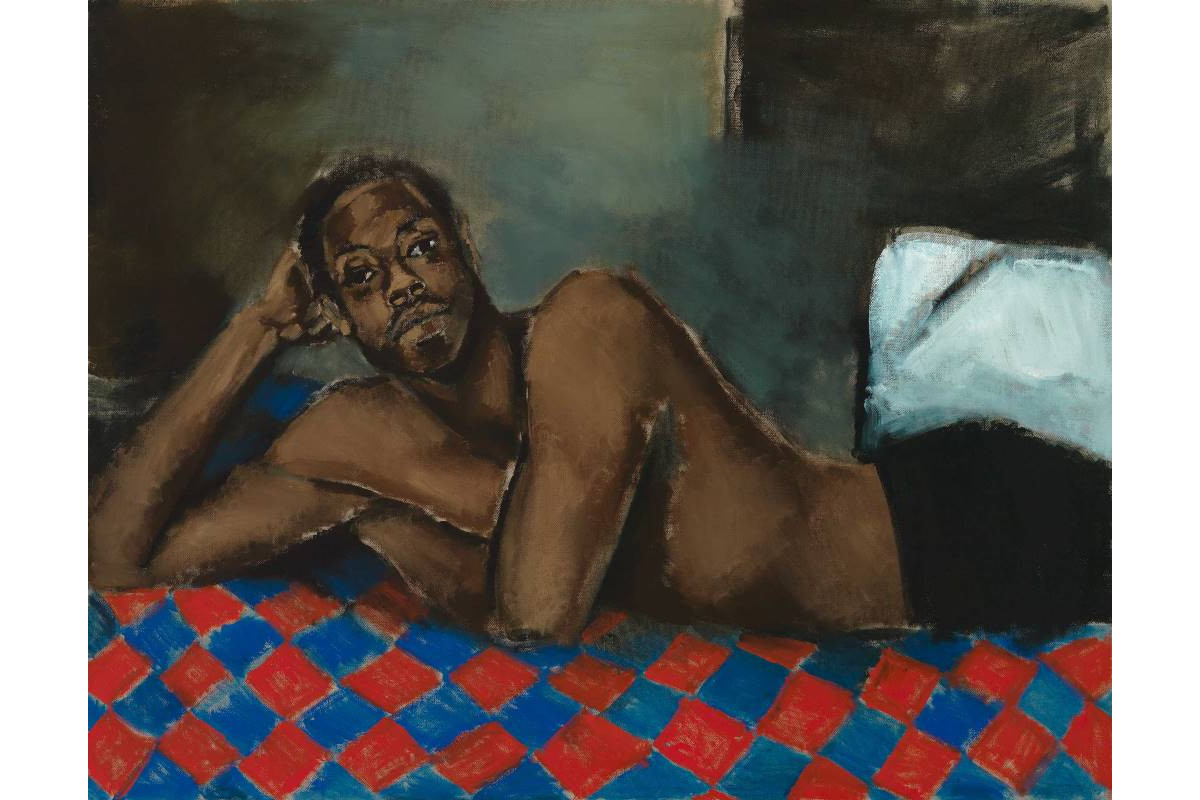 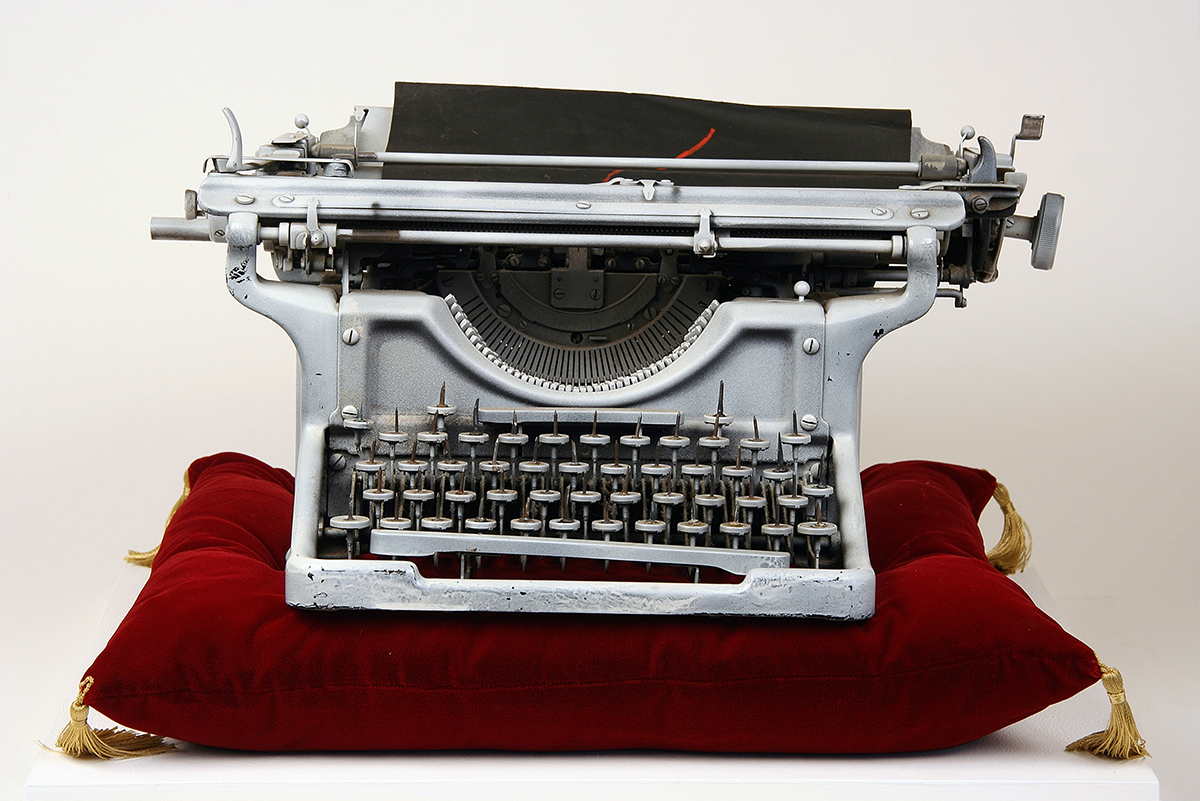