The 44309 Street Art Gallery, located in Dortmund, Germany, has announced details of an exciting new group show that will feature screen printed works by a selection of European street artists. The Urban Pott group show will present the works of nine European street artists, bringing together a range of artistic styles and techniques through screen printed works. 44309 Street Art Gallery, which has a focus on graffiti, street, urban and contemporary art, has gathered together a selection of street artists from across different generations to offer an oversight of the whole creative spectrum of street art in Europe. Previous exhibitions held by 44309 Street Art Gallery include Night and Day by the renowned Mad C and Breaking Borders by Rodrigo Branco and L7m.

One of the legends of street art and the father of stencil art, Blek le Rat is one the older generation street artists to be exhibiting in the Urban Pott group show at 44309 Street Art Gallery. Considered to be one of the first artists to create street art with stencils and to be an influence of Banksy, Blek le Rat has been creating street art since 1981 and will have a number of his iconic images on show at Urban Pott, including David with AK-47, His Master is Voiceless and Diana in Paradise. Charles Uzzell-Edwards, better known in the street art world as Pure Evil, also known for stencil work, will have two works on show at the Urban Pott group show, one of which is inspired by Jean-Michel Basquiat.

The remaining street artists offer a broad selection of contemporary street art styles from across Europe to challenge the masters. Mad C is prominent in the current street art scene and Urban Pott will present prints by the German street artist demonstrating her love of lines, letters and graphic compositions. Also from Germany will be Doppeldenk, with their graphic design inspired computerised images and Emess with politically inclined images. Polish street art M-City is also exhibiting, including his Traffic Design image first created on the wall of a house in 2012, but presented on paper in Urban Pott. Also exhibiting will be Italian street artist Alice and the Dutch duo of Telmo & Miel.

The Urban Pott group show at 44309 Street Art Gallery opens on 6th April, 2015 at 3pm, during which Blek le Rat will paint live, creating one of his life size stencils. 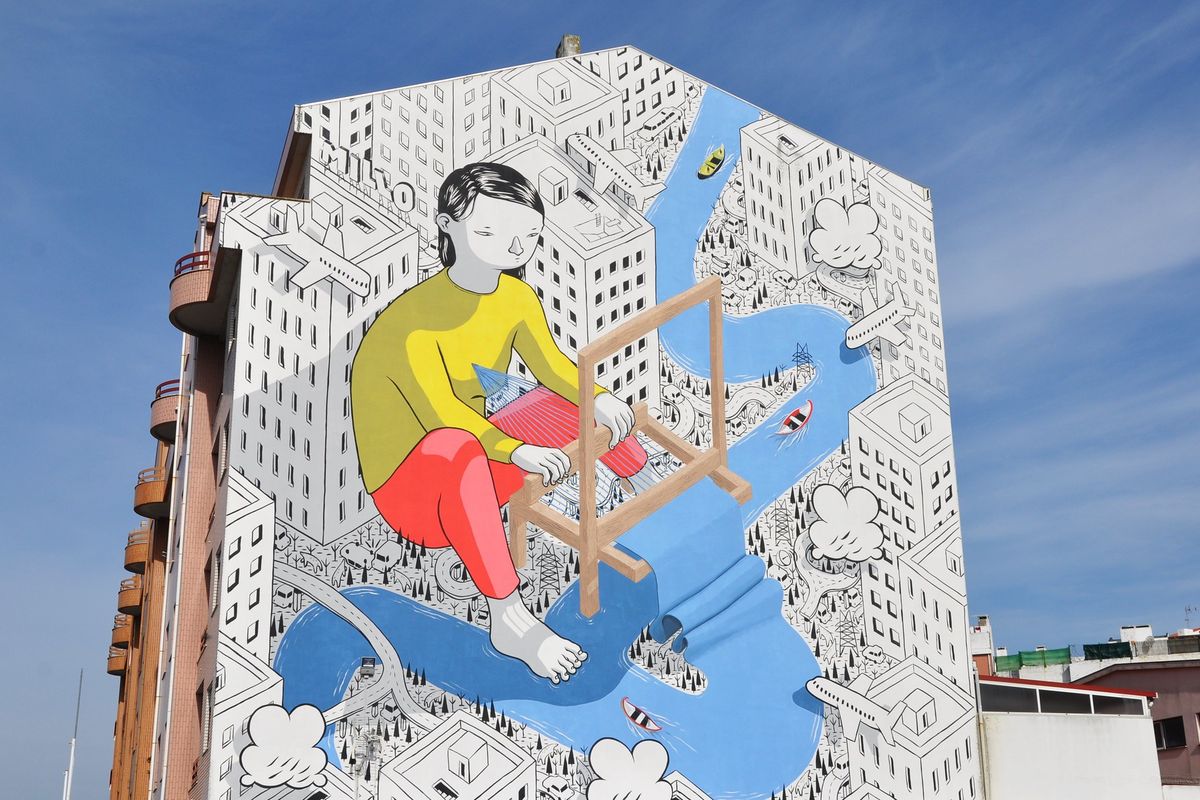 Street art came a long way since the first train graffiti. Here is a list of street artist working today that are taking the form to new heights in their ever-recognizable style!