Black Book Gallery in Denver recently hosted a “First Look” of new Star Wars merchandise from two iconic American brands – Vans Shoes and Santa Cruz Skateboards – as part of its June exhibit Deathstar Blues. This has inspired us to look at two of the most popular phenomena of the past 40 years that still continue to be influential, Star Wars and Skateboarding.

More than a movie

Star Wars is more than a movie. It is a cultural phenomenon that even has its own unofficial holiday each May. The date was chosen for the easy pun on the phrase “May the Force be with you” – “May the fourth be with you". Besides the fact that George Lucas has fundamentally changed the aesthetics and narratives of Hollywood movies and has made science fiction films a blockbuster genre, he has created a myth for our time. The epic space saga still creates generations of devoted fans and inspires many artists who enjoy using the iconic Star Wars imagery in their work. 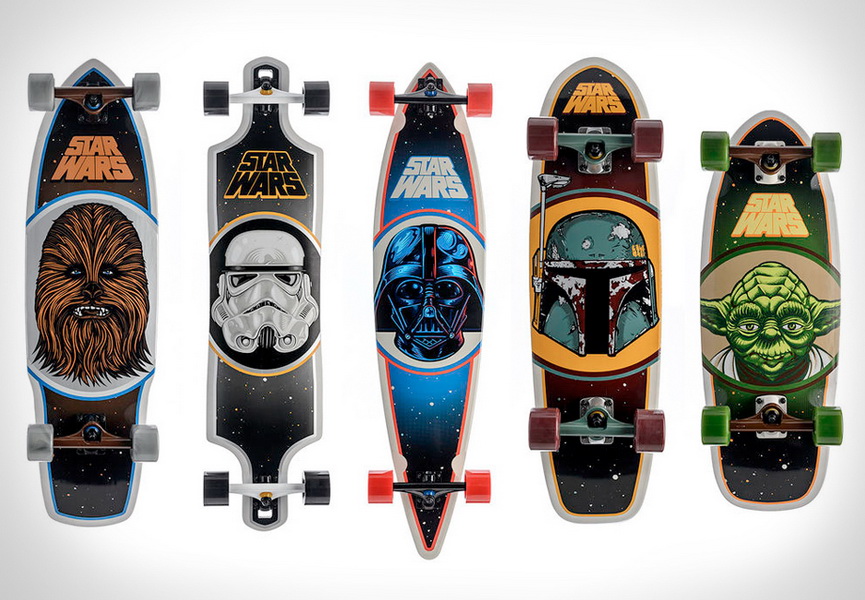 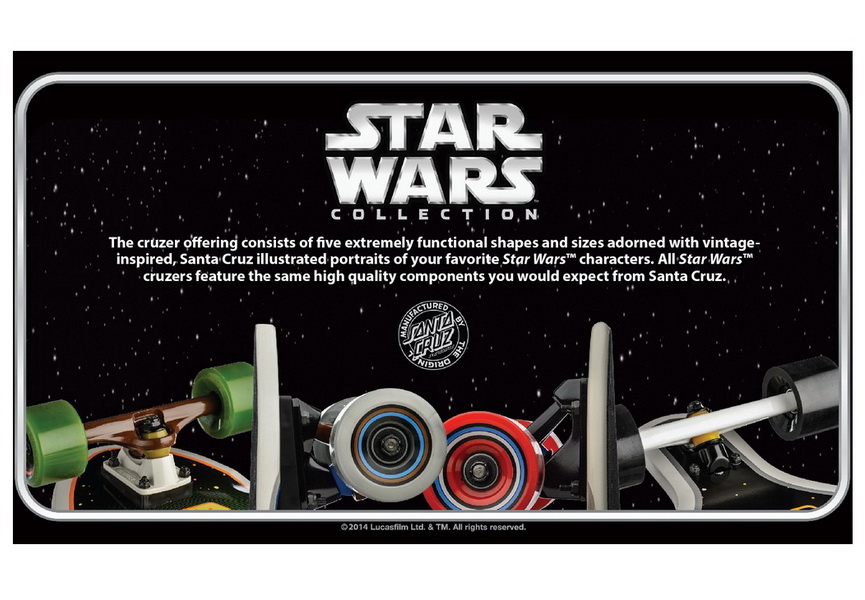 The skateboard's earliest ancestors were homemade; once just a piece of wood, and today the surface for superb designs. Skateboarding was probably born sometime in the late 1940s or early 1950s when surfers in California wanted something to surf or to improve their technique when the waves weren't good. Surfers called it "sidewalk surfing”. It didn't take long for manufacturers to see an advantage of the growing phenomenon among America's youth. The first manufactured skateboard appeared on the market in 1959, soon followed by professional-grade skateboards. In the late 1970s and early 1980s skateboarding was associated with the punk rock scene and rebellious youth subculture. Over time, the sport's punk image has faded as more professional skaters used hip hop, reggae, or hard rock music accompaniment in their videos, attracting many urban youths, hip-hop fans, reggae fans, and hard rock fans. Today, skateboarding is considered to be an action sport, an art form, a job, and even a method of transportation. One of the most widely referenced aspects of the skateboard culture is the graphic and design elements found on the boards and related merchandise. 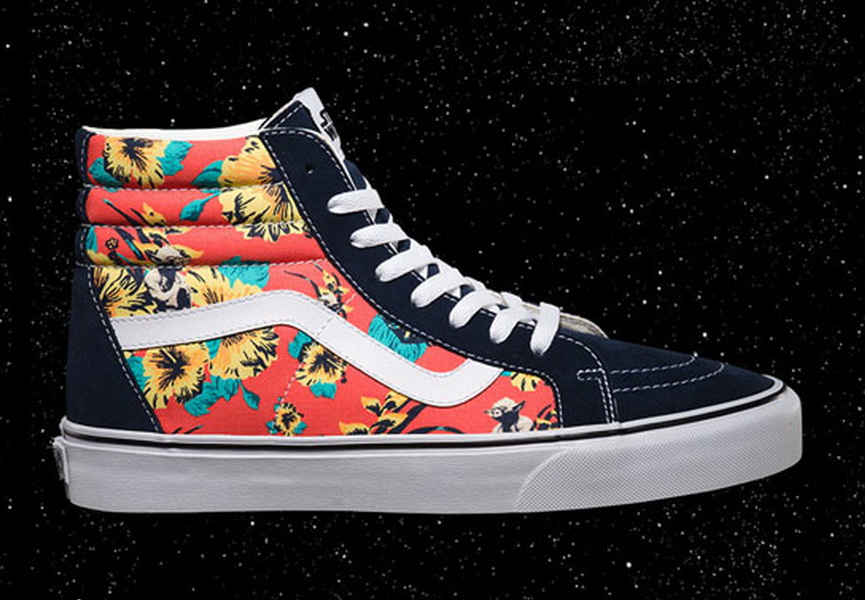 Over the years skateboard-deck art has appeared and expanded the culture of skateboarding, as many people began collecting skateboards based on their artistic value. Limited editions have become collectible items that can be hung on the wall. When it comes to commercial aspect, we can say that skateboarding and Star Wars are two of the biggest commercial outlets of the past 40 years. Recent First Look show at Black Book Gallery exclusively referred to the new Star Wars merchandise from Vans Shoes and Santa Cruz Skateboards. Santa Cruz Skateboards is the longest operating skateboarding company and another highly influential brand spanning generations. The addition of Star Wars graphics to Santa Cruz boards creates the perfect item to be either used or displayed. Vans Shoes is a long time American brand that gained popularity around the same time as the Star Wars saga and continues to be influential today. To mark this respectable duration in the market, Star Wars and Vans have joined forces to create a limited production line of classic Vans shoes styled with iconic Star Wars imagery. When one of the best stories of our time is associated with the culture of skateboarding, you definitely get a collectible item. The force is still with us! 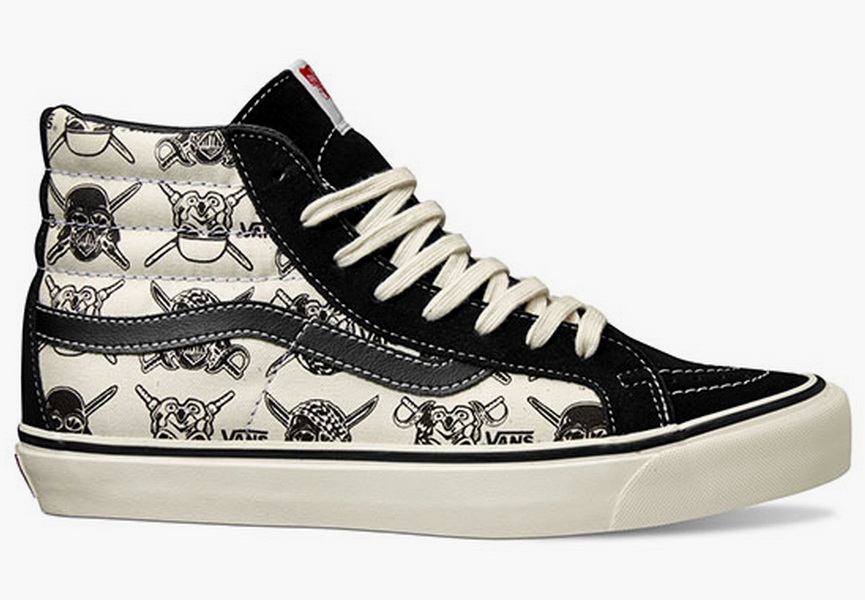